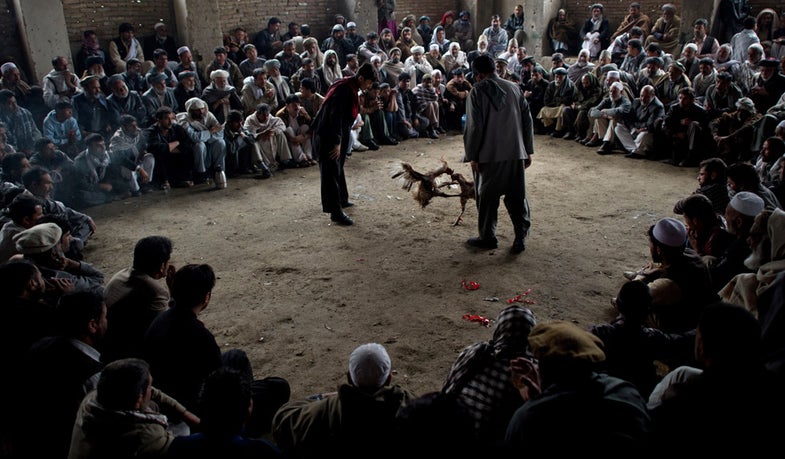 Roosters duel during a cockfighting match in the Afghan capital Kabul on April 20, 2012. Cockfighting, known as "Murgh Janghi"ù In the Afghan Dari language, is a popular game among Afghans during the winter season which was banned by the Taliban rulers. Spring marks the start of the "fighting season" for humans involved in Afghanistan's decade-long war -- but for birds, dogs, camels and even kites it reaches its peak. AFP PHOTO/ JOHANNES EISELE (Photo credit should read JOHANNES EISELE/AFP/GettyImages). JOHANNES EISELE
SHARE 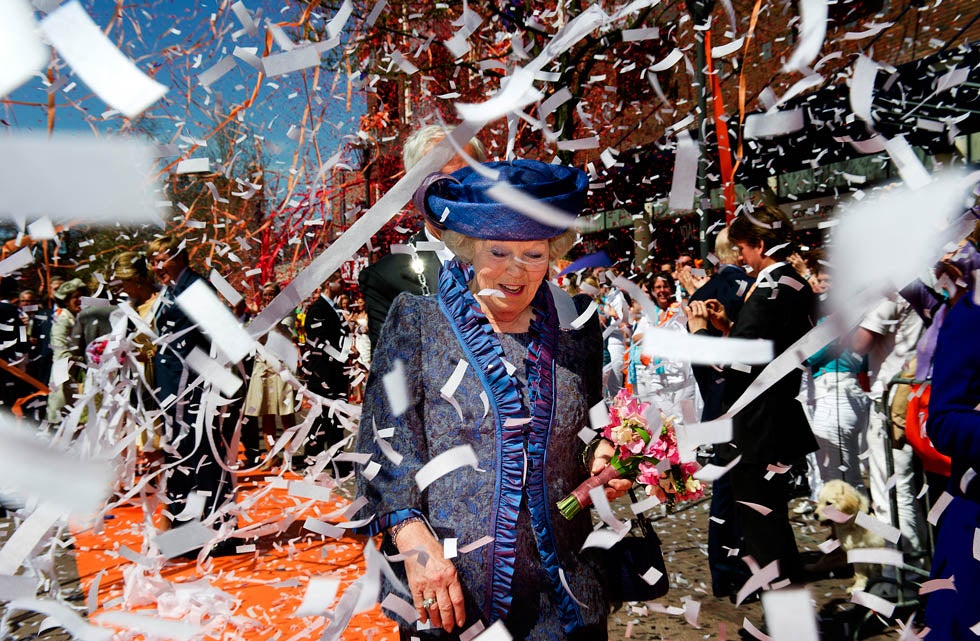 Queen Beatrix of the Netherlands is greeted by a cheering crowd and ticker tape in the city of Veenendaal , during a parade to celebrate the annual Queens’ day holiday. 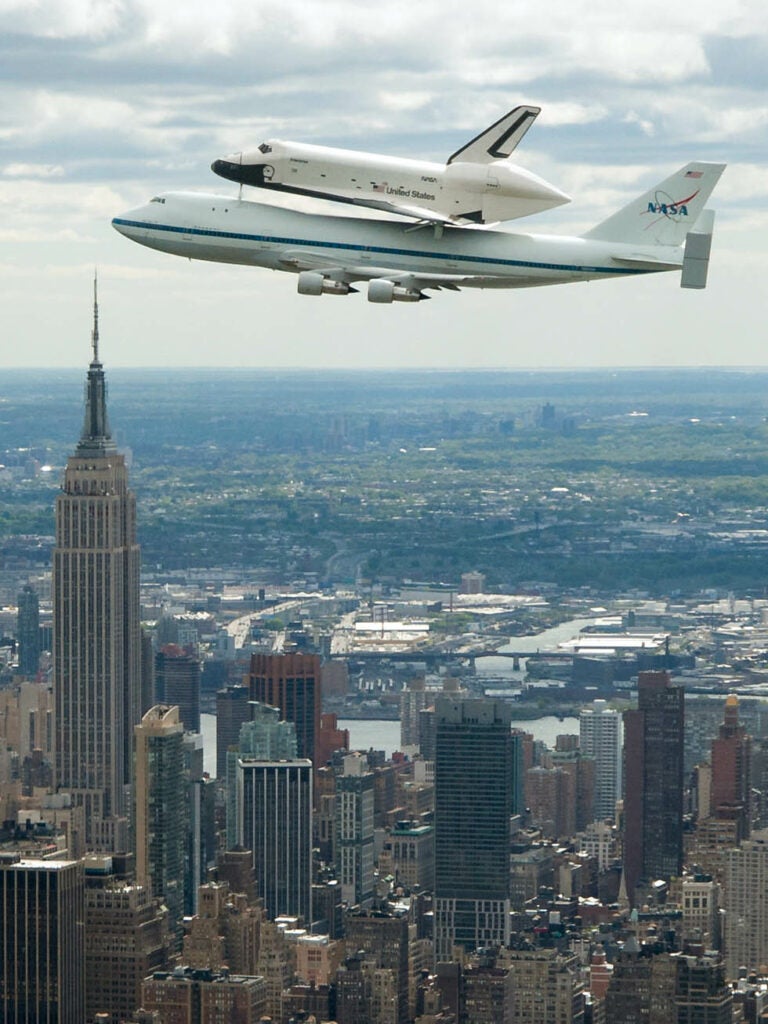 The Space Shuttle Enterprise made its grand entrance into the New York City-area, atop a custom 747 jet, on Friday, April 27. Its new home is the Intrepid Sea, Air and Space Museum. Robert Markowitz is a NASA scientific photographer, based out of the Johnson Space Center—he has been shooting for the Space Administration for over 20 years. Markowitz made this incredible image from aboard a NASA T-38 Talon jet. 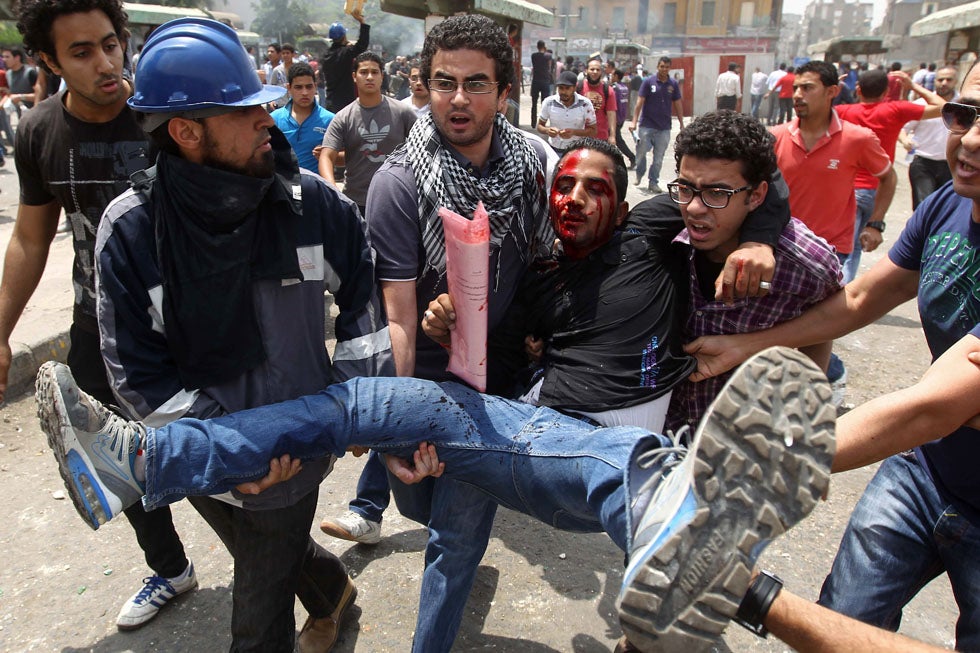 Egyptian anti-military protestors carry a wounded demonstrator away from violence in Cairo’s Tahir Square on May 2. More than 20 people were killed when unknown individuals attacked the anti-military sit-in. Khaled Desouki is an Egyptian resident and a staff photographer for AFP. 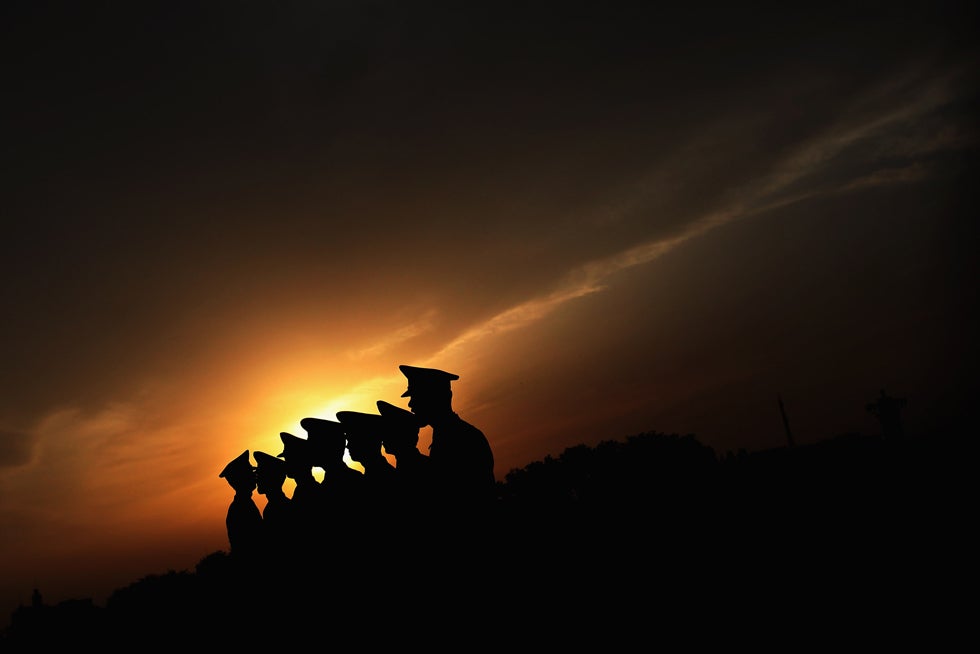 Chinese military police stand guard as tourists watch a flag-lowering ceremony in Tiananmen Square. Feng Li is a Getty Images staffer, based out of Beijing. He has been working with Getty since 2007. 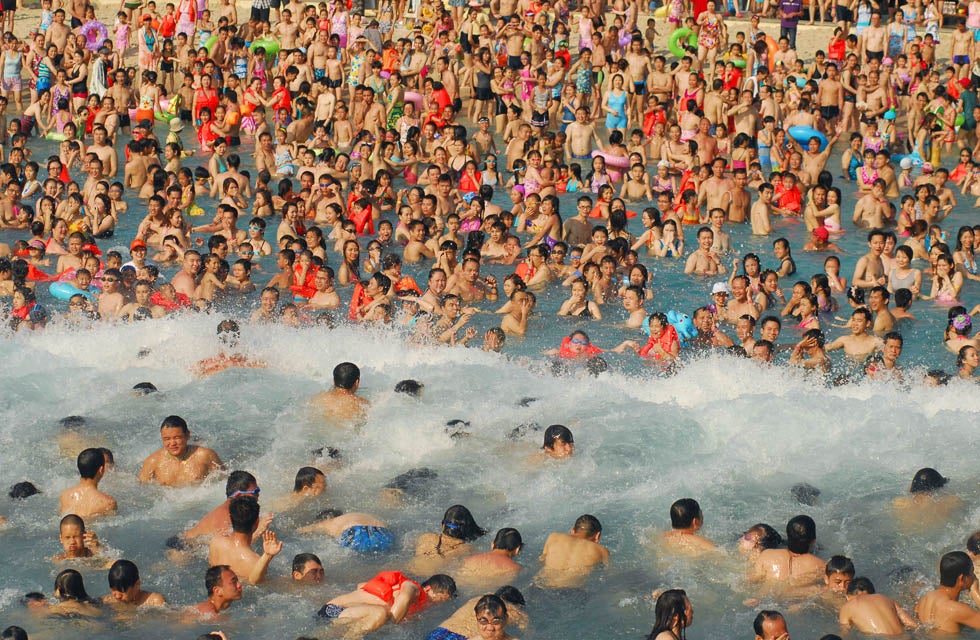 Visitors crowd in an artificial wave pool at a water park in Nanning, Guangxi Zhuang, China. 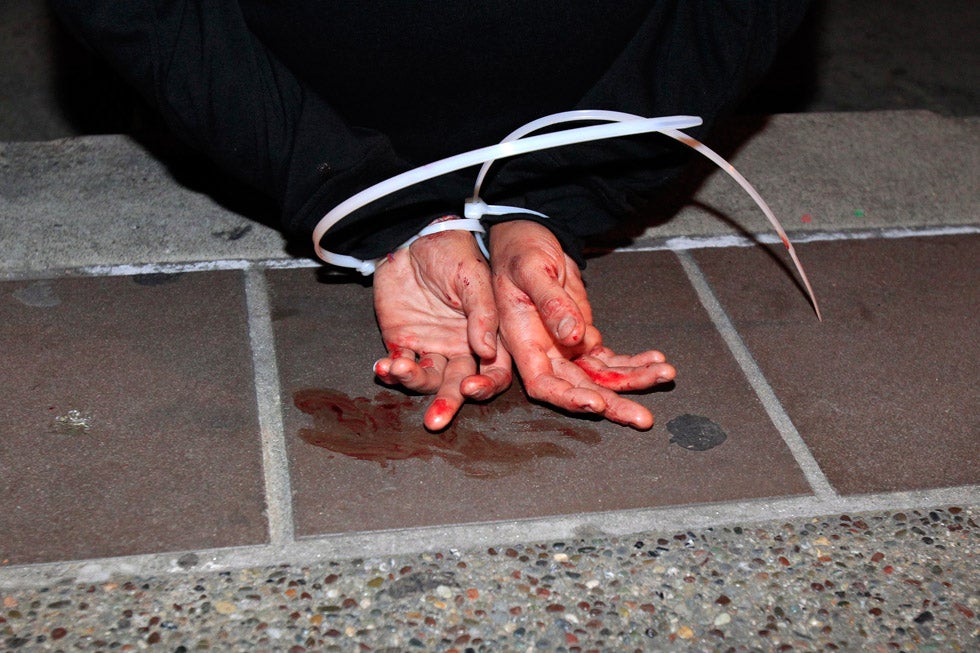 An Occupy demonstrator is arrested during a May Day protest in Oakland, California. Stephen Lam is a Reuters staff photographer based in the Bay-area. You can keep up with his weekly assignments by checking out his work on the Reuters blog. 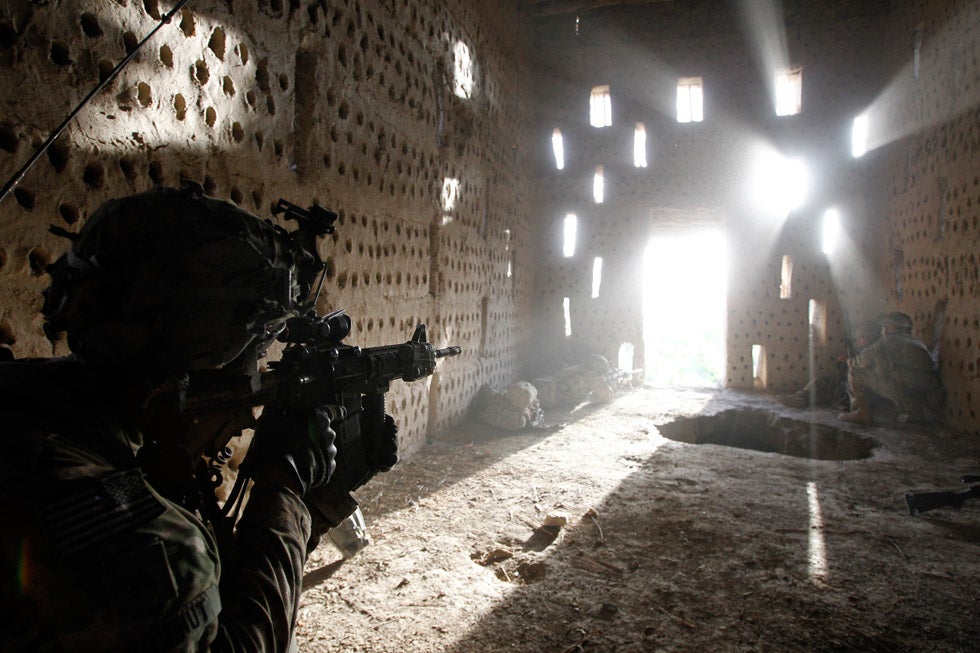 U.S. soldier Nicholas Dickhut points his rifle through a doorway in the Kandahar province of Afghanistan, as his regiment comes under Taliban fire. Baz Ratner is a veteran conflict photographer and staffer for Reuters. He was a Pulitzer Prize finalist in 2006 for his work covering the military conflict in Lebanon. You can see more of his work on his personal site.