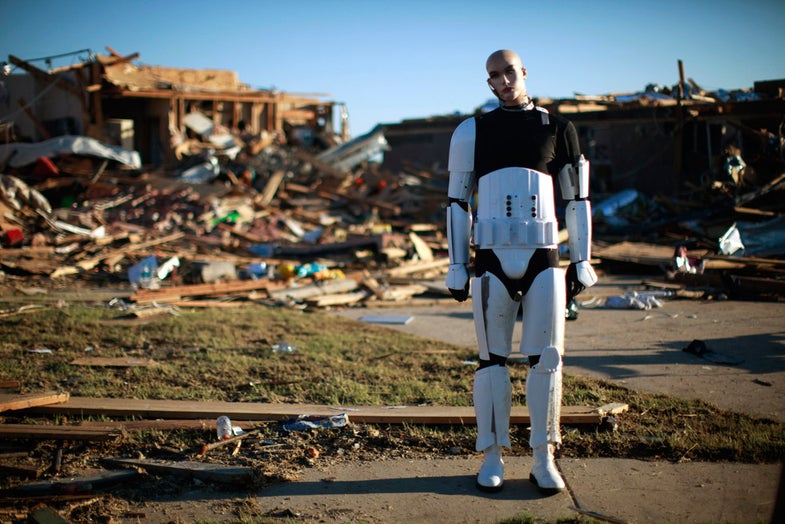 A Star Wars movie character mannequin stands outside a tornado destroyed house in Oklahoma City, Oklahoma May 22, 2013. The owner of the house collected movie memorabilia. Rescue workers with sniffer dogs picked through the ruins on Wednesday to ensure no survivors remained buried after a deadly tornado left thousands homeless and trying to salvage what was left of their belongings. REUTERS/Rick Wilking (UNITED STATES - Tags: DISASTER ENVIRONMENT) - RTXZX95. © Rick Wilking / Reuters
SHARE 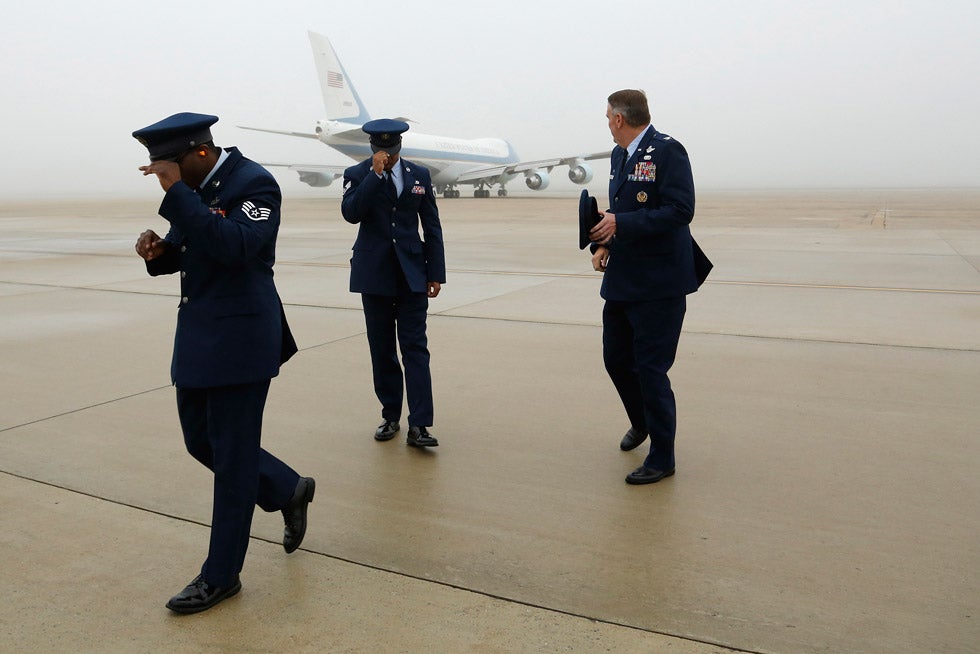 U.S. Air Force Colonel Minihan and fellow officers hold onto their hats after saluting President Obama upon his departure aboard Air Force One in foggy conditions at Joint Base Andrews, Maryland

Three U.S. Air Force officers hold onto their hats as Air Force One departs from Joint Base Andrews, Maryland. Jonathan Ernst is a Reuters staff photographer based in Washing DC. Check out more of his incredible work on his personal site. 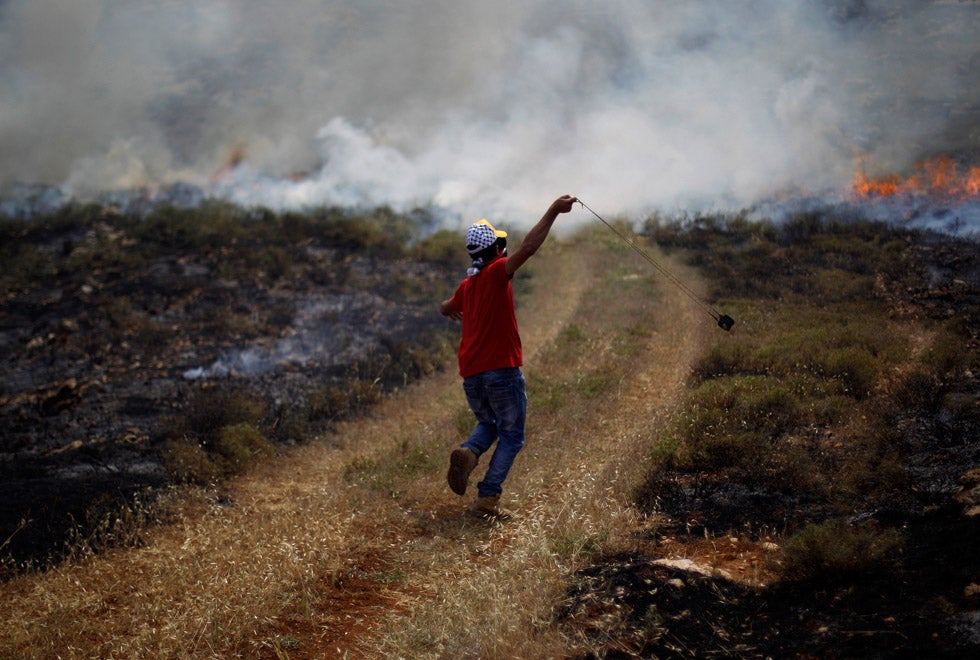 A Palestinian protester uses a sling to throw stones at Israeli troops during clashes near the West Bank village of Deir Jarir. Mohamad Torokman is a Palestinian-based photojournalist shooting for Reuters. 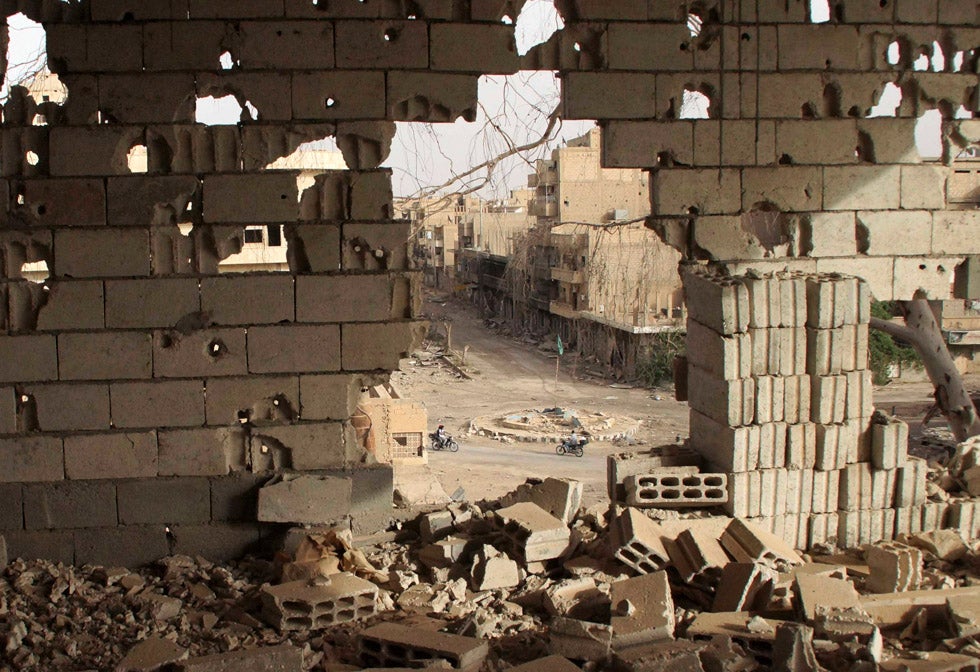 People riding on motorcycles are seen through a hole in a damaged building in Deir al-Zo, Syria. Khalil Ashawi is a freelance photographer, covering the war in Syria as a stringer for Reuters. 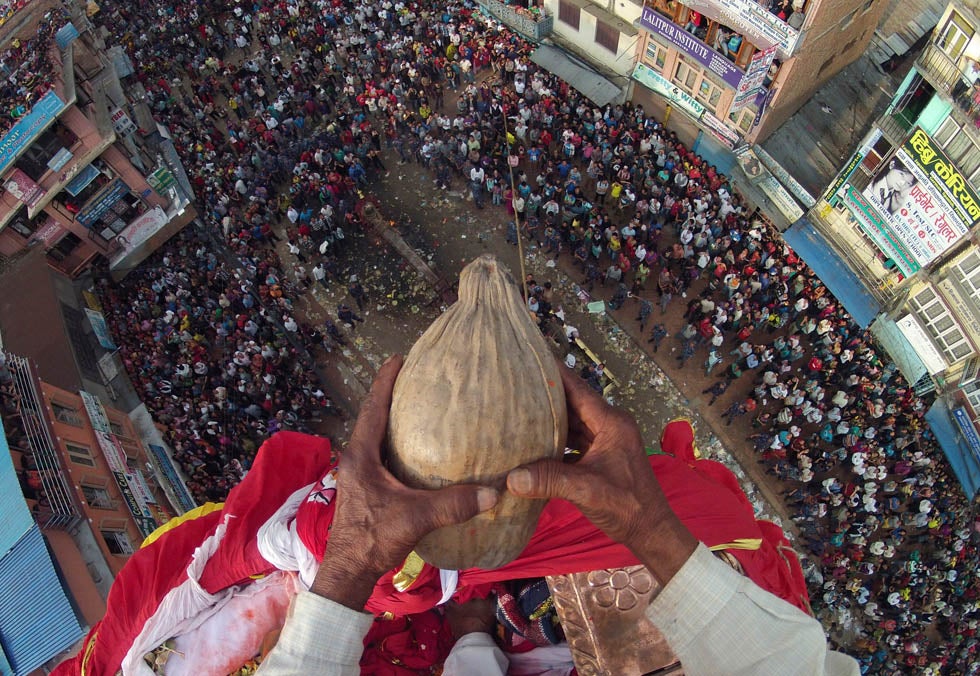 Chakala Dangol, 75, holds a coconut on his hand before throwing it towards the devotees from the top of the chariot of Rato during the chariot festival in Lalitpur

Chakala Dangol holds a coconut out before throwing it toward devotees from the top of the “Chariot of Rato” during the chariot festival in Lalitpur, Nepal. It is believed that whoever grabs the coconut and returns it to the chariot will be blessed with a son. Navesh Chitrakar is a Reuters staffer based in Nepal. You can see more of his incredible work in our past round-ups here. 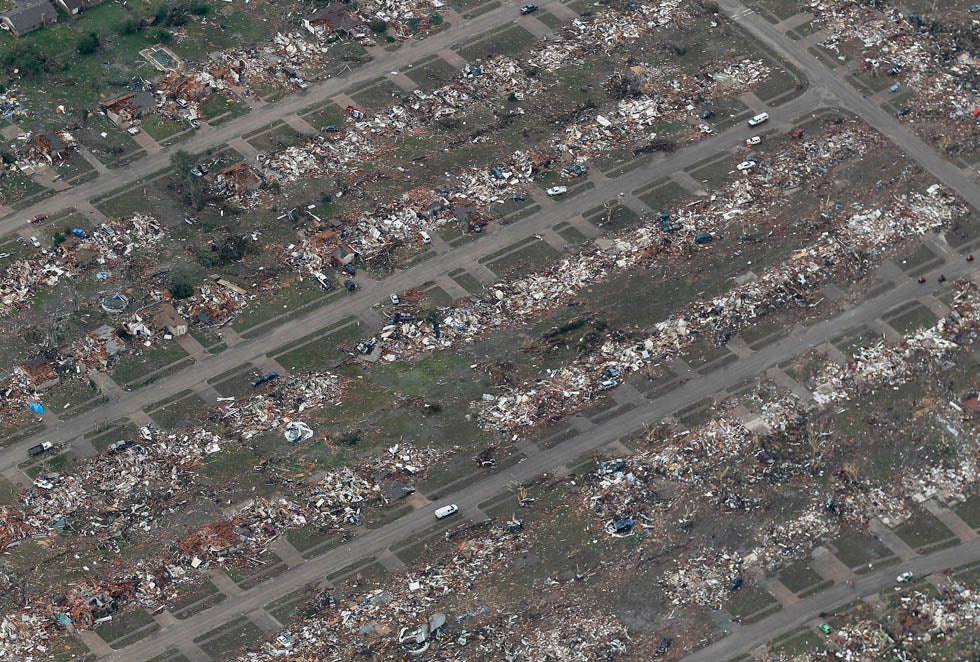 An aerial view of tornado damage to neighborhoods in Moore, Oklahoma

An aerial view of Moore, Oklahoma reveals the destructive force of the deadly tornado that ravaged the area. At least 24 individuals were killed by the storm. Rick Wilking is a Reuters staffer currently covering the aftermath of the tornado in Oklahoma. See more of his work on the Reuters blog. 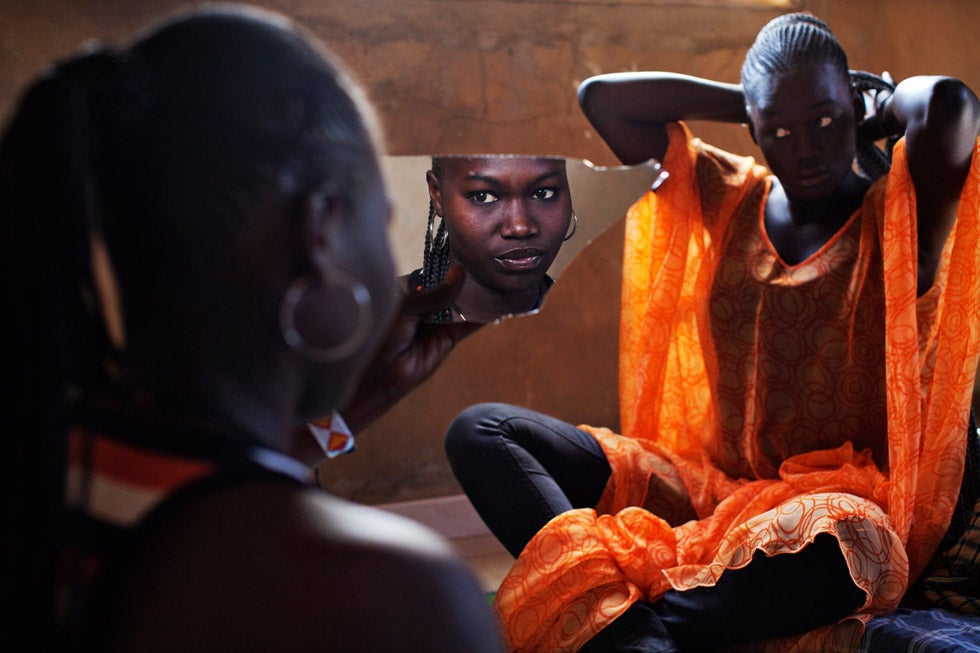 Bineta Ndiaye and her friend Coumba Faye get ready to celebrate the Sufi Muslim ceremony called Gamou-Ndande, in their village of Ndande, located in Senegal. The ceremony combines nights of praying and chanting as well as traditionally animist ceremonies. Joe Penney is a Reuters staffer based in Western Africa. See more of his work here.