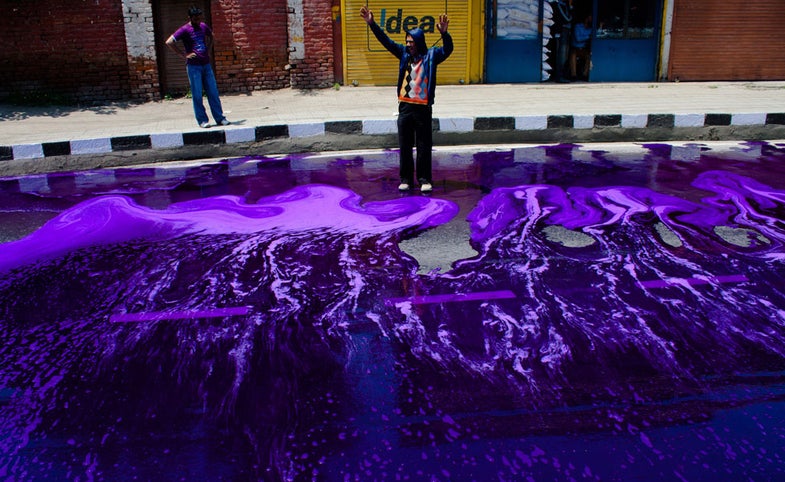 SRINAGAR, KASHMIR - MAY 09: A Kashmir government employee shouts anti government slogans after Indian police vehicle fired a jet of water towards them during a protest against government on May 09, 2012 in Srinagar, the summer capital of Indian Administered Kashmir, Indian. Hundreds of government employees staged an anti-Government demonstration to demand the fulfillment of long-pending demands including the regularisation of daily wages and the raising of retirement age from 58 to 60 years. Several protestors were injured and scores detained when Indian police used purple water cannons and batons to disperse the protestors. (Photo by Yawar Nazir/ Getty Images). Yawar Nazir
SHARE 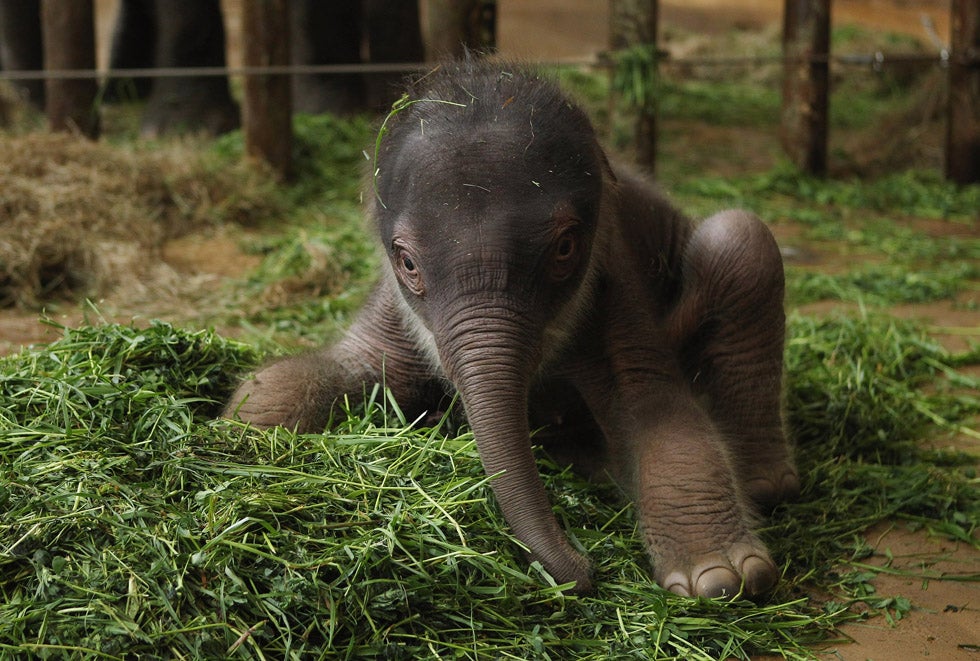 A two-day-old baby Asian elephant attempts to stand up and walk for the first time at the Tierpark Zoo in Berlin, Germany. Sean Gallup has been a Berlin-based staff photographer with Getty Images since 2002. 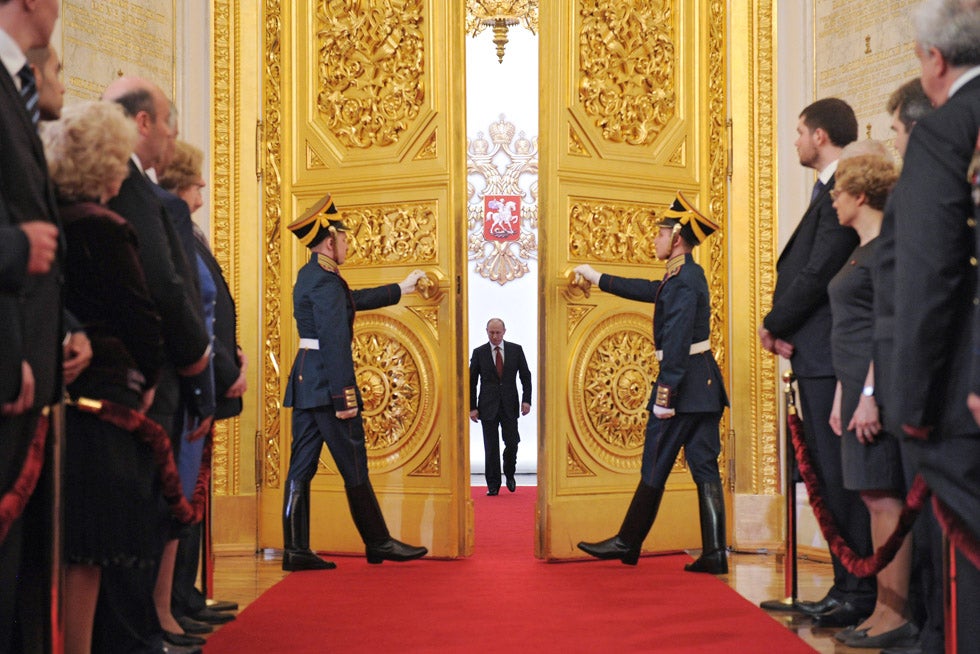 Vladimir Putin makes a grand entrance into his inauguration ceremony at the Kremlin in Moscow. Alexsey Druginyn is a photographer for the Russian International News Agency based in Moscow. 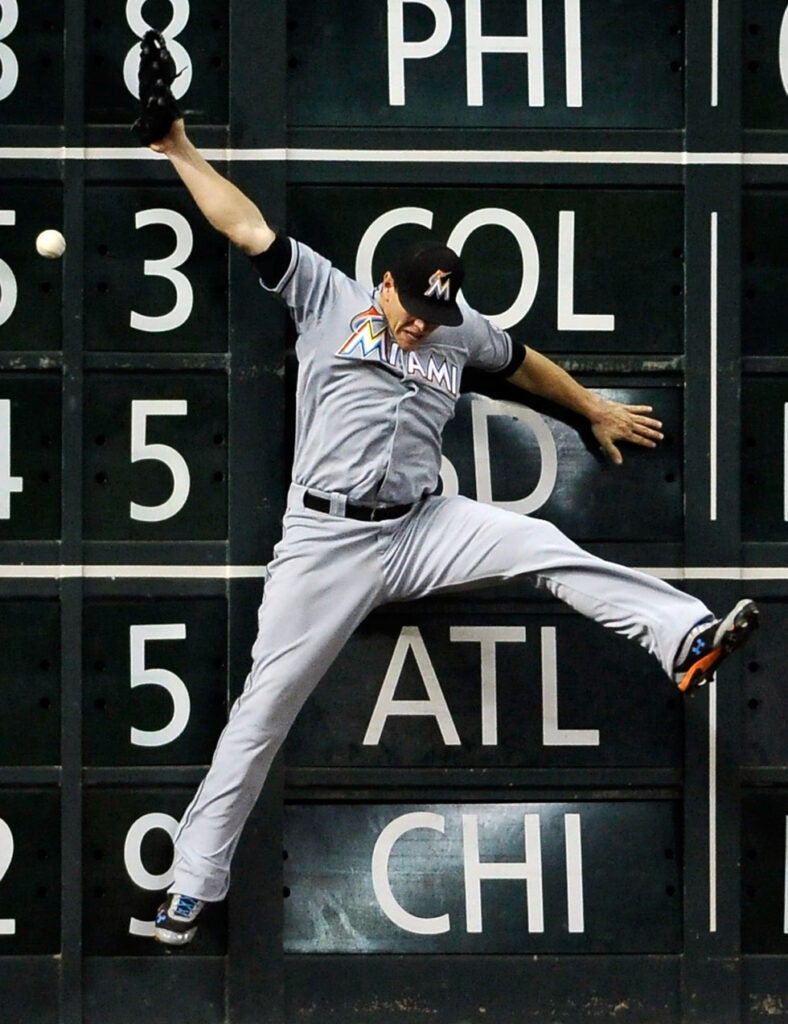 Miami Marlins left fielder Logan Morrison misses a catch deep in the outfield, giving the Houston Astros’ Jordan Schafer a double in the fifth inning of the game. Pat Sullivan is an AP staff photographer based in Houston, Texas. 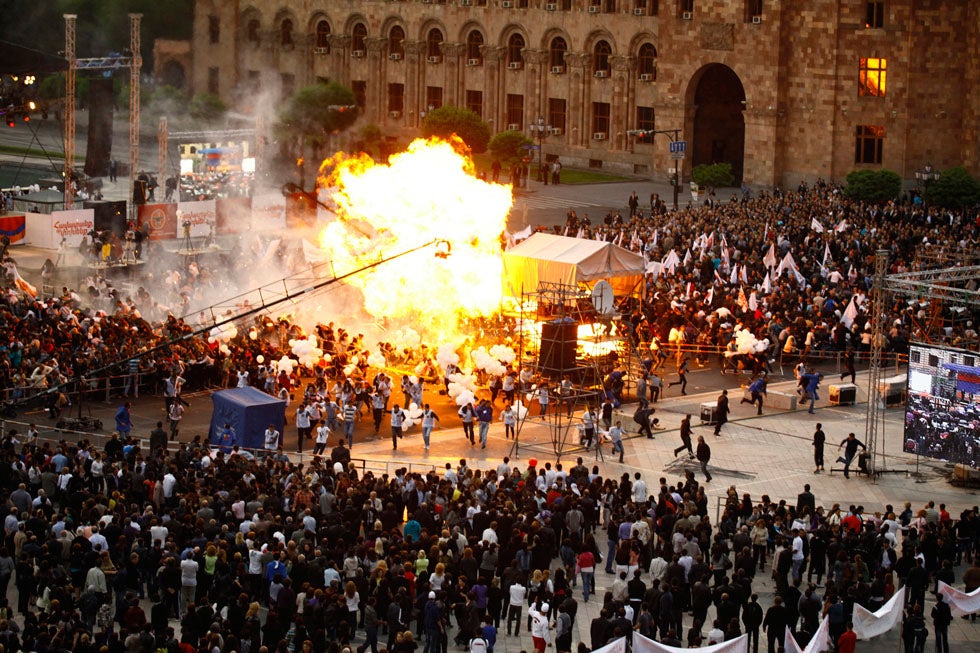 Faulty gas-filled balloons cause an explosion at a campaign rally in Yerevan, Armenia, injuring at least 144 individuals. Tigran Mehrabyan is a photographer for the PanARMENIAN news agency, the nation’s first web-based news organization. 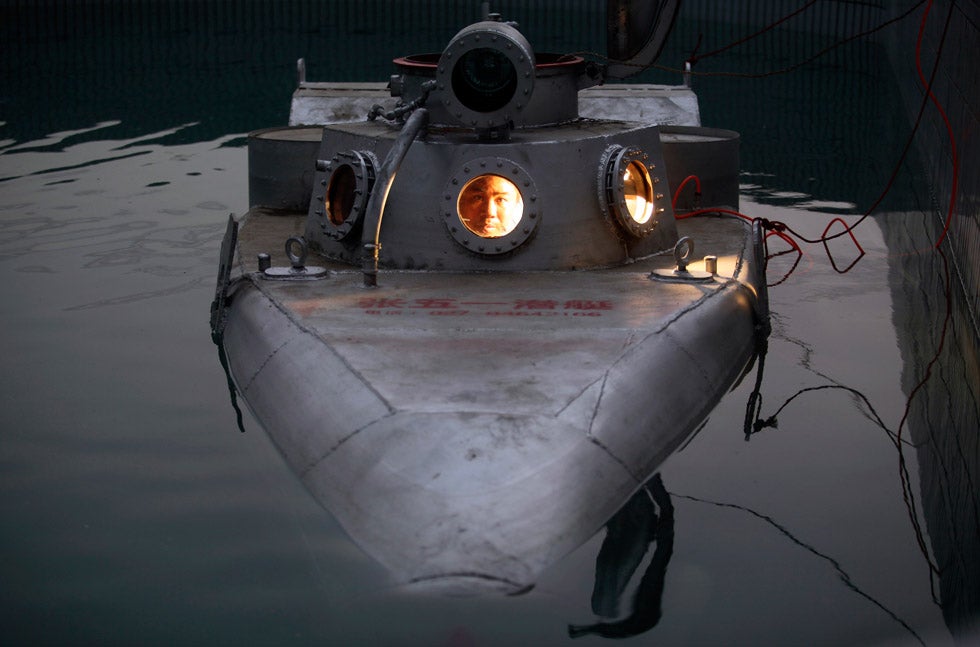 Zhang Wuyi sits in his homemade two-seat submarine during a test operation at an artificial pool in Wuhan, Hubei province, China. A 37-year old farmer, Wuyi has built a total of six mini-subs and recently sold one for 100,000 yuan ($15,855). Darley Shen is a stringer for Reuters working in Eastern of China.