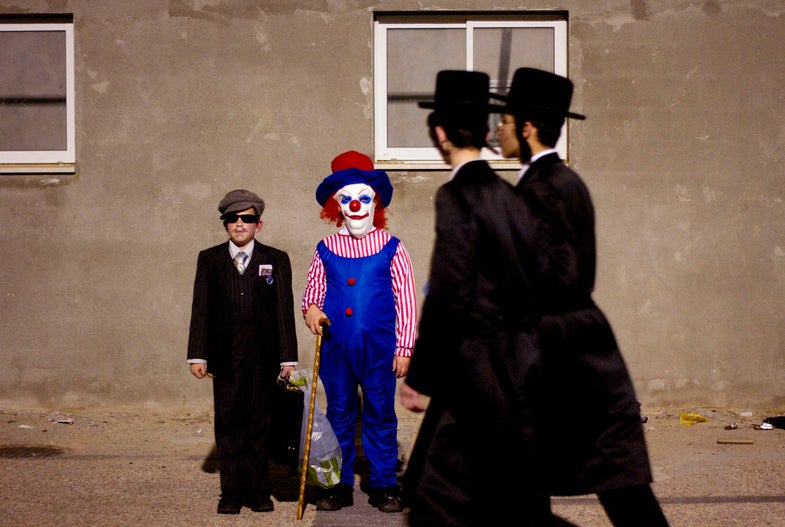 Ultra-Orthodox Jewish boys dressed for Purim pose for a photograph during celebration of Purim festival in Bnei Brak, near Tel Aviv, Israel, Wednesday, March 7, 2012. The Jewish holiday of Purim celebrates the Jews' salvation from genocide in ancient Persia, as recounted in the Scroll of Esther. (AP Photo/Ariel Schalit). Ariel Schalit
SHARE 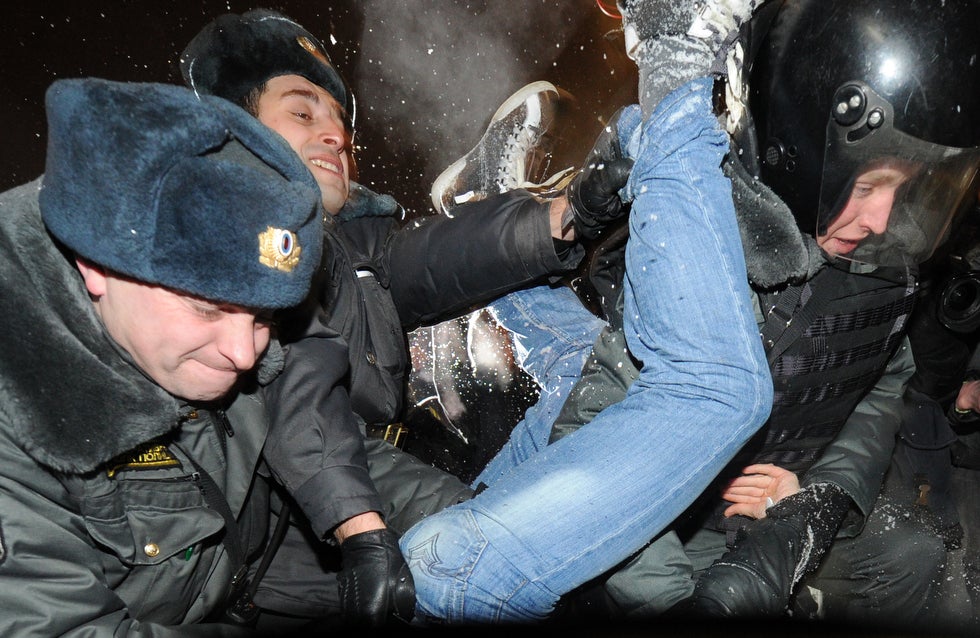 Police officers detain one of the protes

Russian riot police clear out protestors in Moscow’s Pushkinskaya Square during a demonstration following Vladimir Putin’s presidential victory. Kirill Kudryavtsev is a Getty/AFP staff photographer covering news in and around Moscow and the Baltic region. 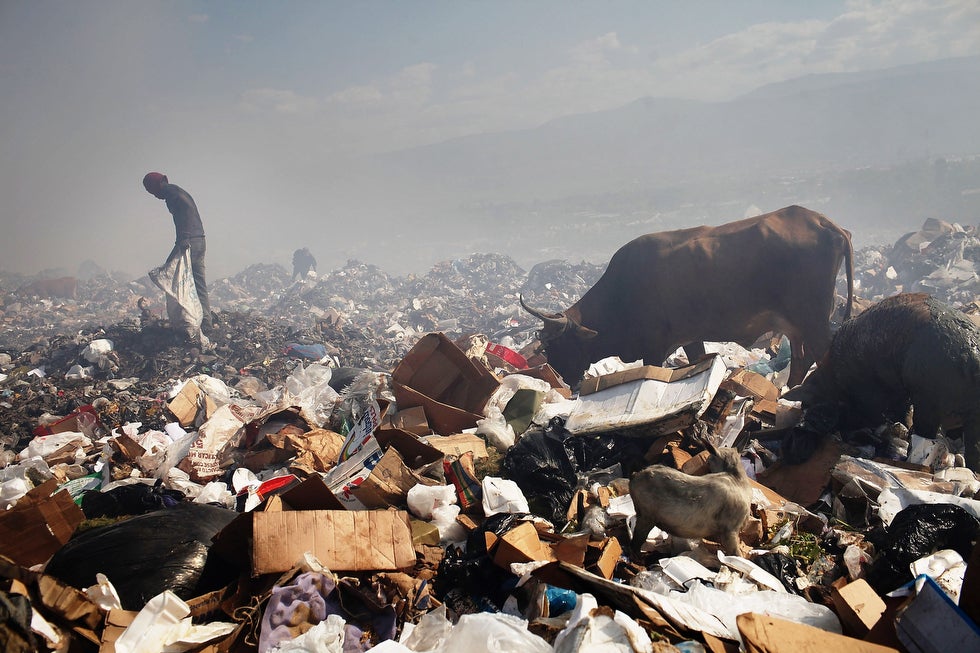 Haitians scavenge for recyclables and other usable household items at a dump on the outskirts of Port-au-Prince. The number of daily scavengers at the dump has jumped 10 fold since the earthquake. Spencer Platt is a New York City-based Getty staffer, who has been with the agency since 2001. He was featured prominently in our recent photographers’ oral history of September 11, and in 2006 he received a World Press Photo of the Year Award for an image he shot in Beirut. 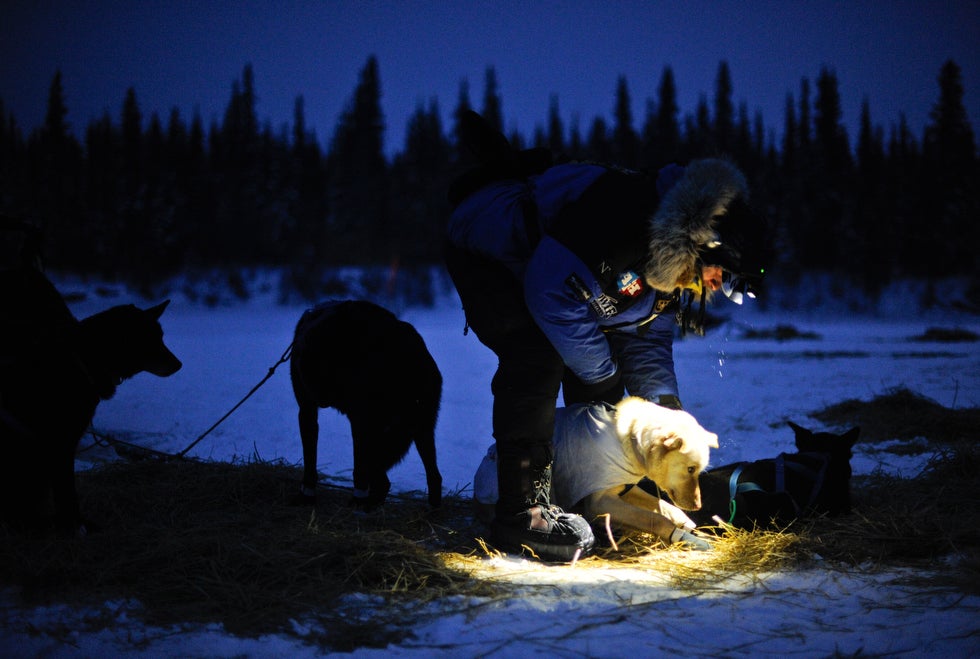 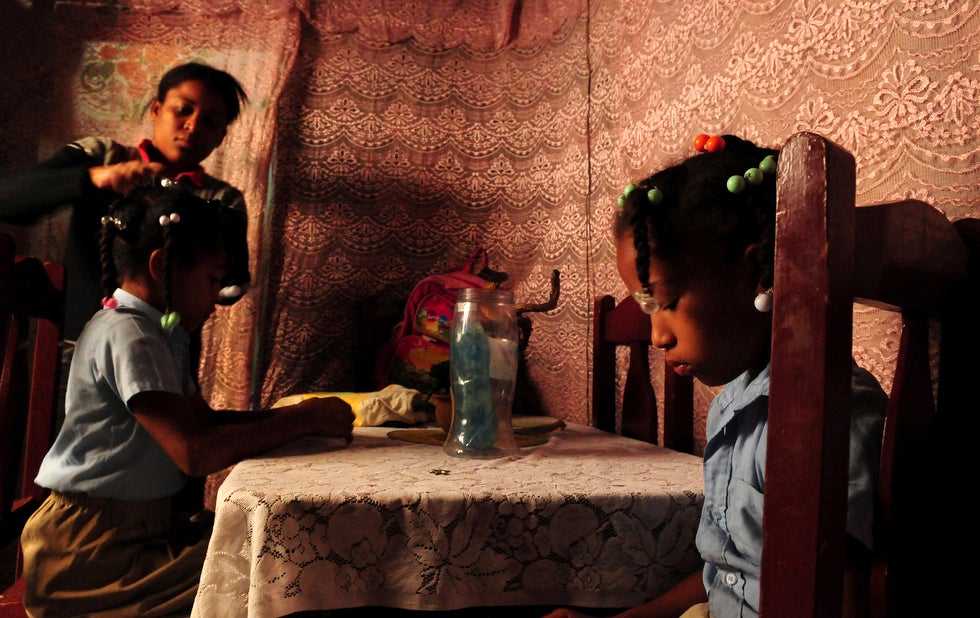 Single mother Evelyn de los Santos combs the hair of her daughters to prepare them for school in Capotillo, at a slum of some 100,000 inhabitants along Ozama River in Santo Domingo

Taken on the occasion of International Women’s Day, Ricardo Rojas photographed Evelyn de los Santos, a single mother living in one of Santo Domingo’s largest slums, combing her daughter’s hair before heading school. Rojas is a Reuters stringer based in and around Santo Domingo. 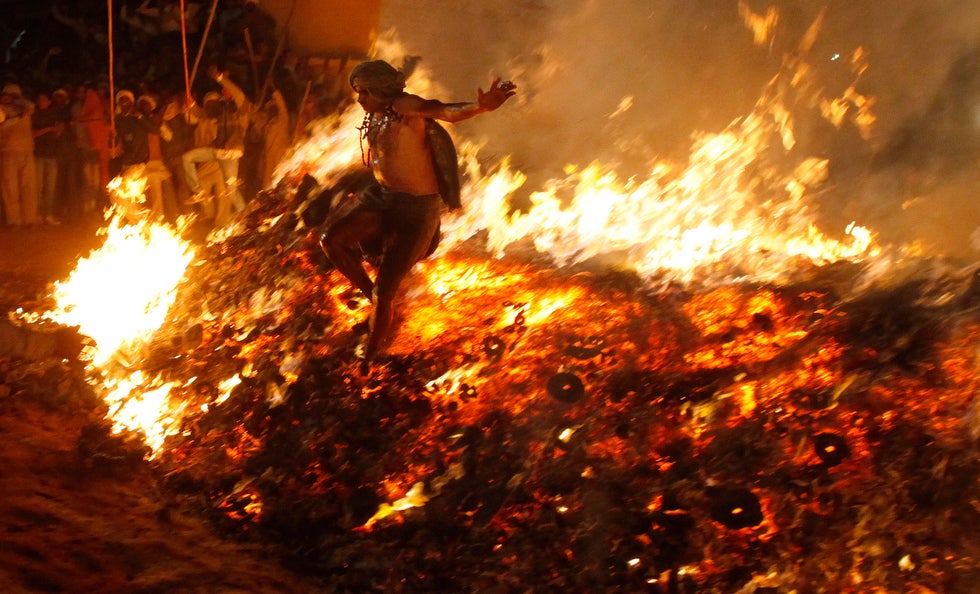 Taken during the first day of the Hindu Holi festival celebrating the coming spring, Reuters photographer Adnan Abidi captured this image of a Hindu priest jumping out of a ceremonial fire. The fire is symbolic of the victory of good over evil. Abidi has been with Reuters for seven years and shoots primarily in the New Delhi region of India. 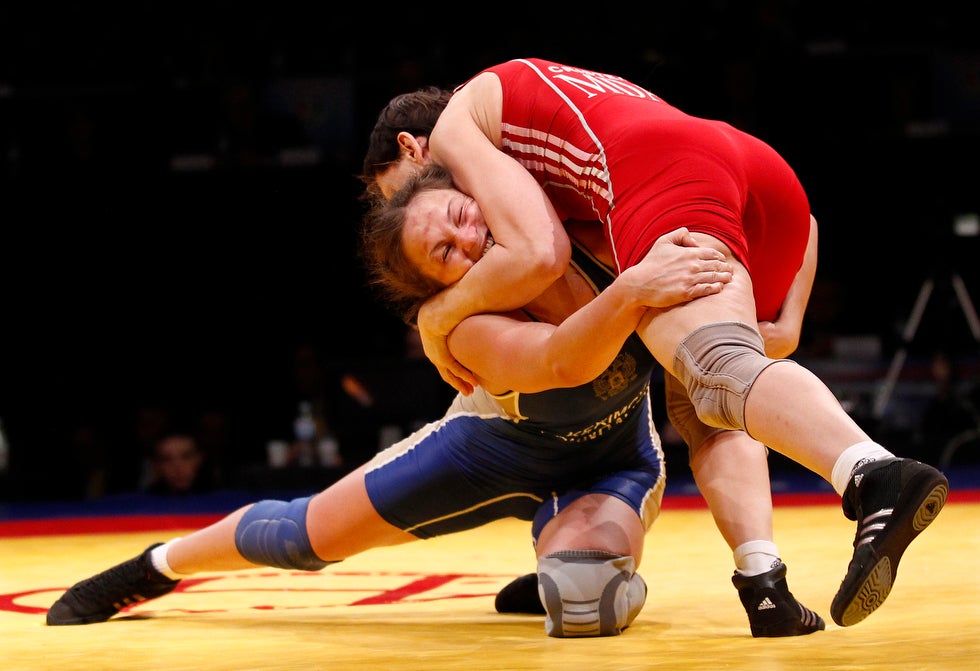 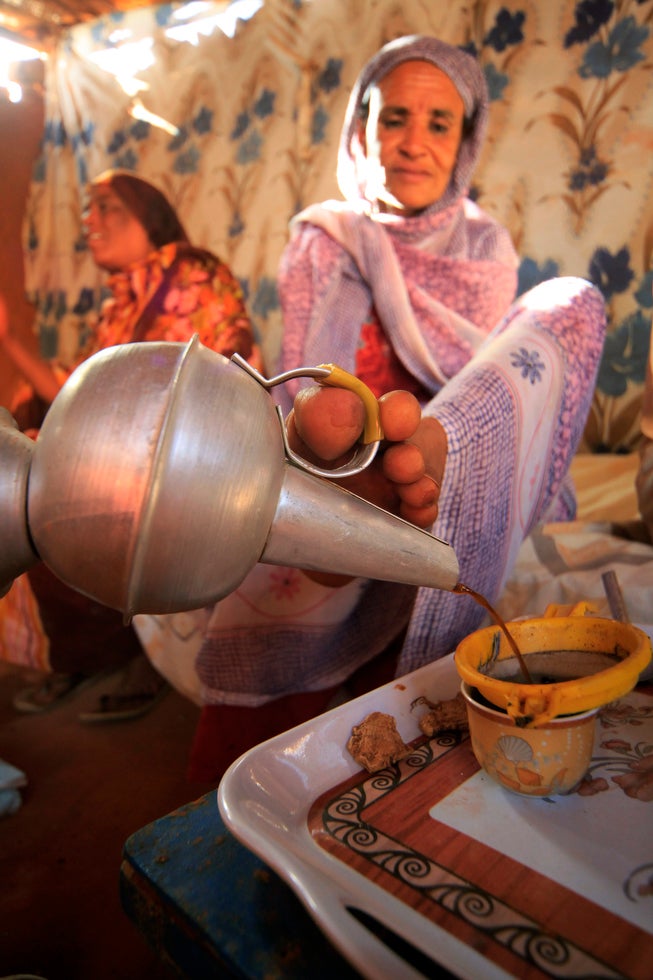 Hokom Al, a disabled woman, uses her foot to pour coffee which she prepared for neighbours at her home in a rural area in Khartoum