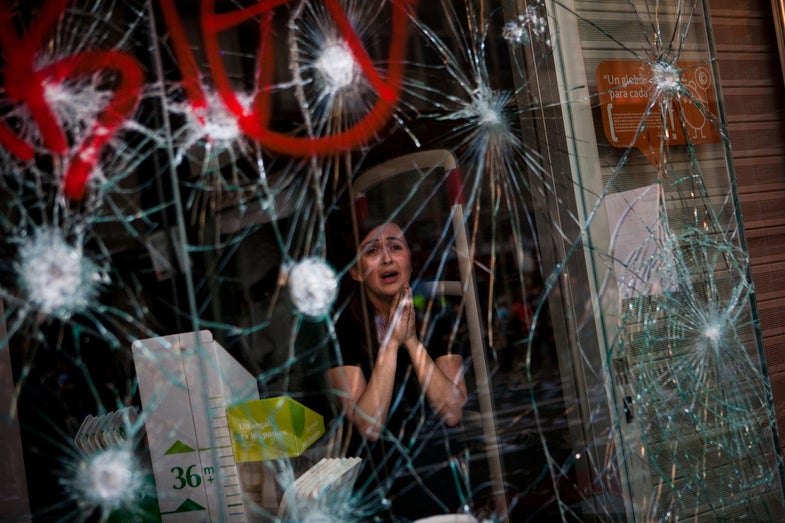 Mirian Burrueco, 30, reacts behind the broken glass of her shop stormed by demonstrators during clashes at the general strike in Barcelona, Thursday, March 29, 2012. Spanish workers livid over labor reforms they see as flagrantly pro-business staged a nationwide strike Thursday and tried to bring the country to a halt by blocking traffic, closing factories and clashing with police in rowdy demonstrations. (AP Photo/Emilio Morenatti). Emilio Morenatti
SHARE 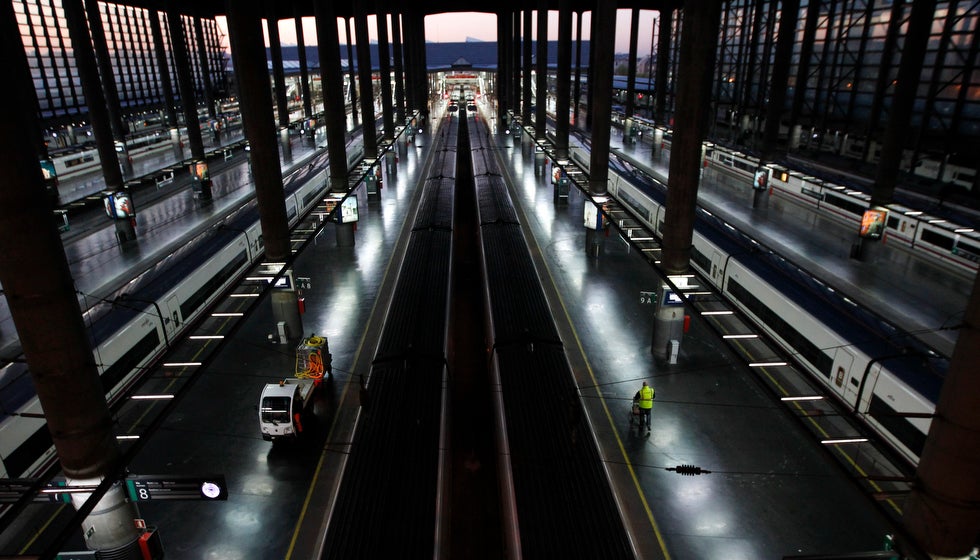 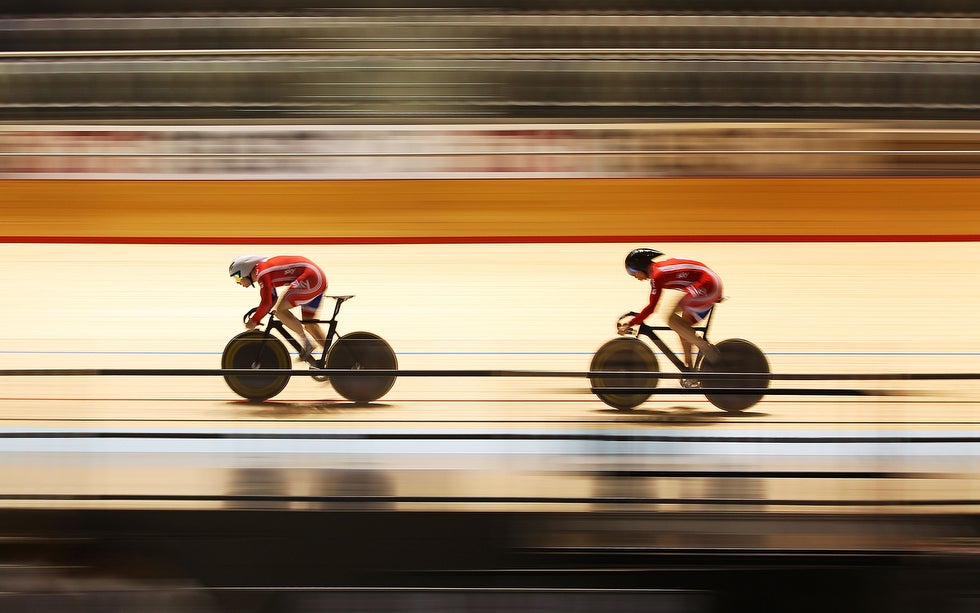 British cyclists Philip Hindes and Sir Christopher Hoy train before the start of the 2012 UCI World track Championships in Melbourne, Australia. Scott Barbour is an award-winning sports photographer based in Sydney. He shoots for multiple agencies, including Getty Images and Allsport. See more of his work at ScottBarbourPhoto.com 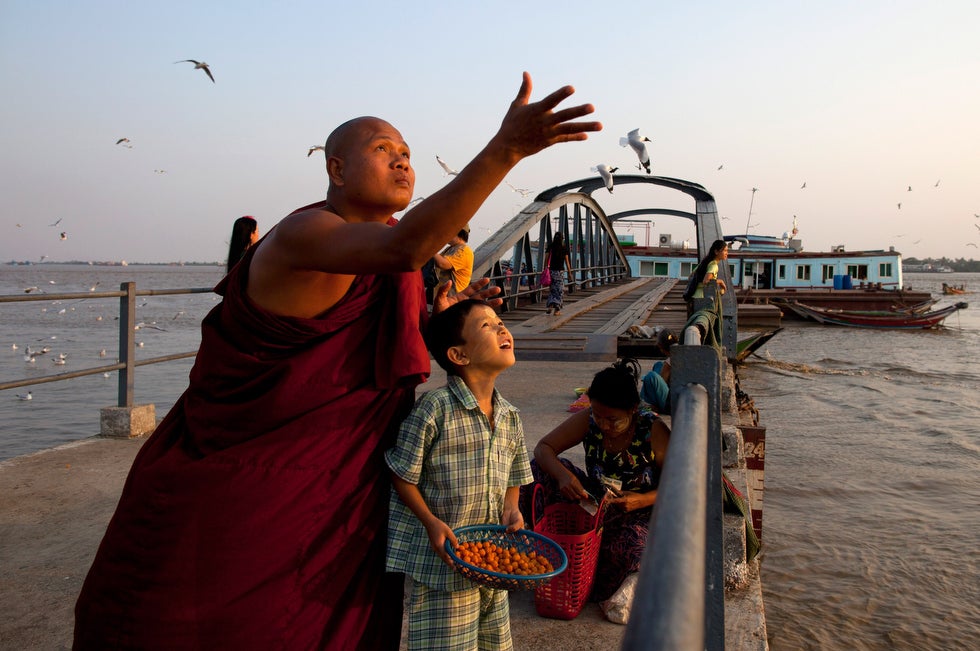 Burma Readies Itself for Parliamentary Elections

A monk and his son feed seagulls in Yangon, Myanmar the day before a historic parliamentary election. The election is seen as an important vote of confidence for the country as it continues on the road to political and diplomatic reform. Paula Bronstein is a Getty Images staff photographer and a Pulitzer Prize finalist. You can see her incredible portfolio of work on Getty Images. 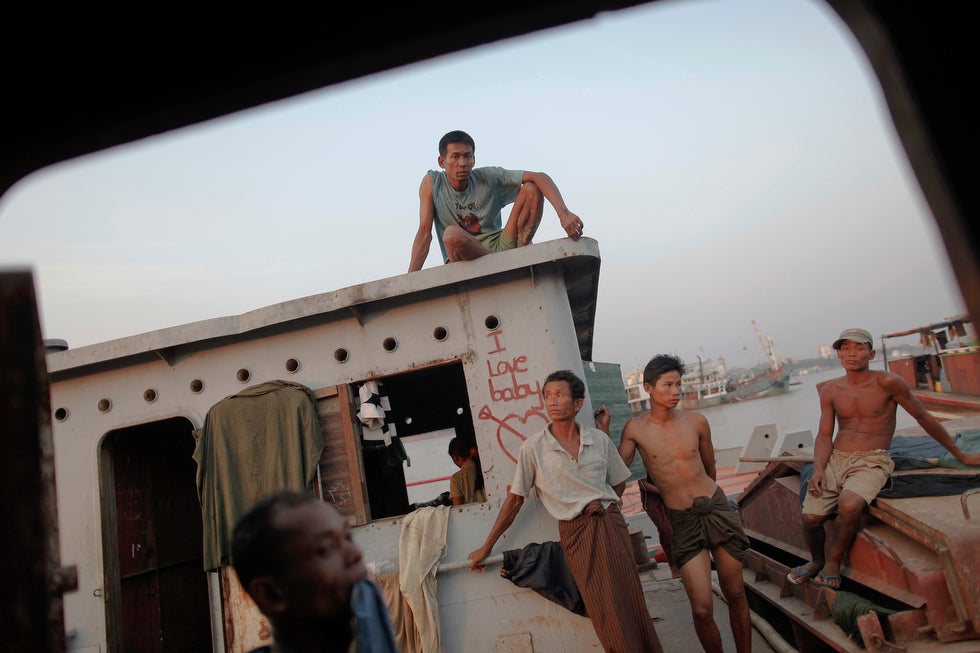 People, living and working on abandoned ships, are seen resting onboard a ship on a river in Yangon

A large number of Myanmar’s citizens live on abandoned ships docked on a river outside Yangon. Damir Sagolj is an accomplished Reuters photographer. He recently won first prize in the World Press Photo Daily Life Singles category. He has a very active blog over on the Reuters site, that is definitely worth checking out. **Warning: the following image contains graphic content. **

Jajuan Kelley, of Atlanta, wears a Skittles wrapper over his mouth during a rally in memory of Trayvon Martin, the unarmed 17-year-old who was killed by a Florida neighborhood watch captain while returning from a convenience store with a bag of Skittles. David Goldman is a staff photographer for the Associated Press based in Atlanta. You can see more of his work on his personal site. 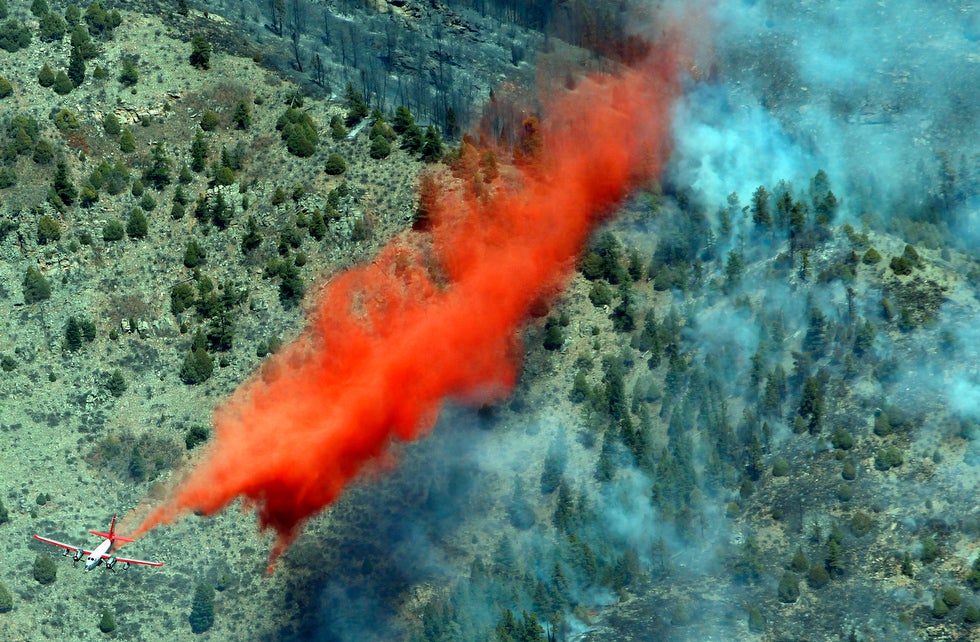 Firefighters douse a smoldering ridge southwest of Denver with slurry. The blaze has already destroyed 16 homes in the area and continues to spread. David Zalubowski is a former Associated Press staffer who now operates his own commercial studio in Colorado. 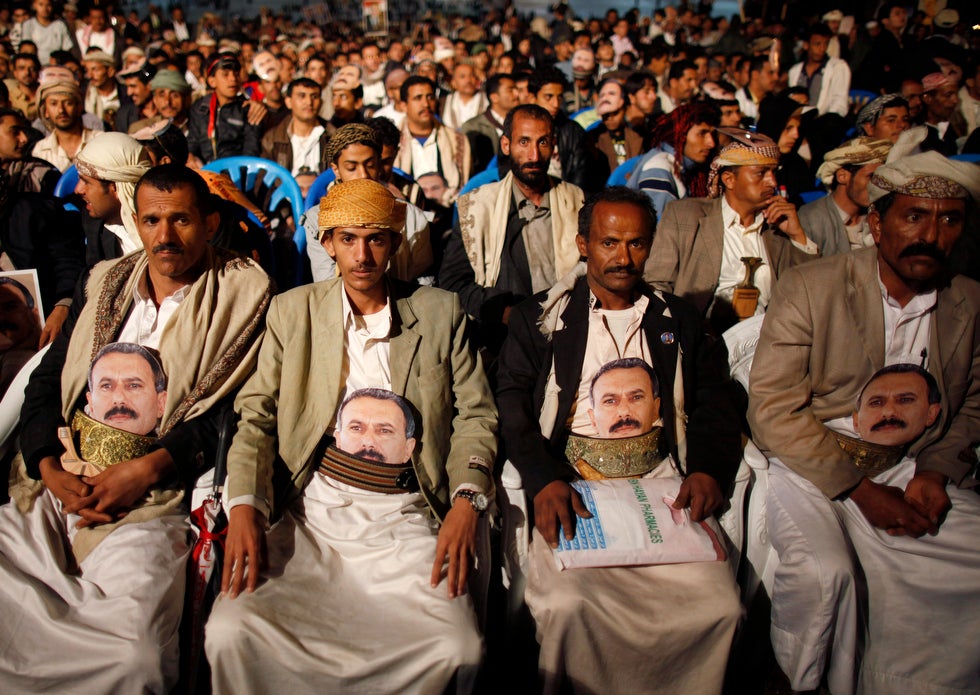 Supporters of Yemen’s former president Ali Abdullah Saleh sit with posters of Saleh attached to their belts at a rally marking Saleh’s 70th birthday in Sanaa. Saleh stepped down in February after a year of massive protests against his 33-year rule. Khaled Abdullah is a Reuters staff photographer based in Yemen.