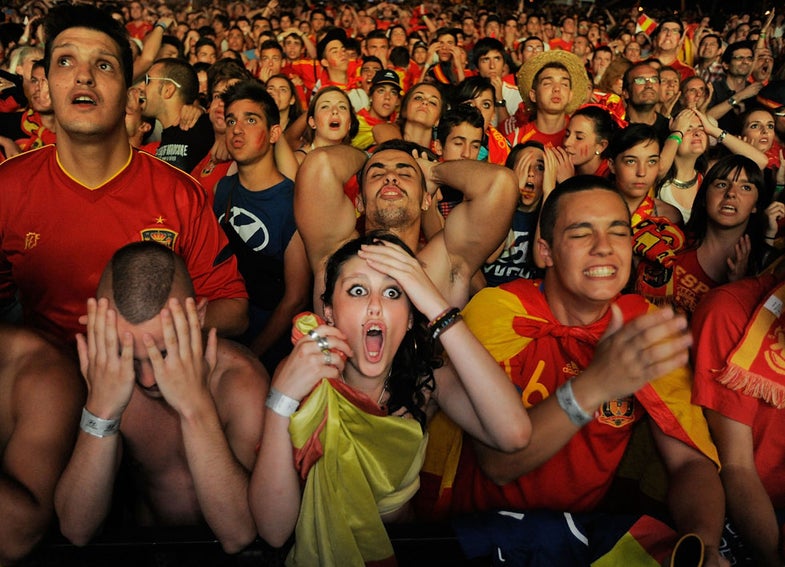 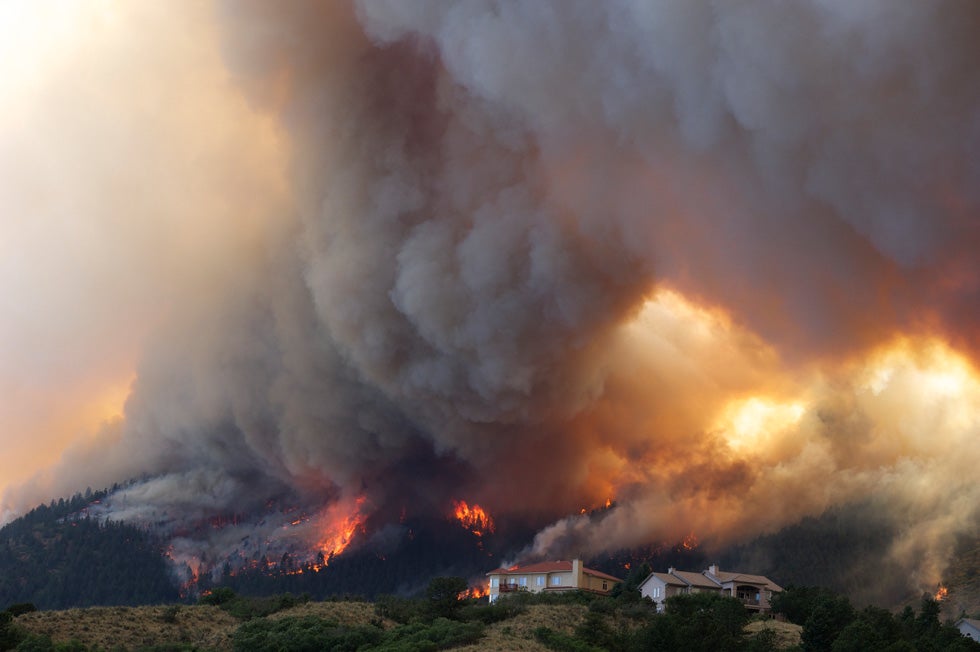 Fire from the Waldo Canyon wildfire burns as it moves into subdivisions and destroys homes in Colorado Springs. Gaylon Wampler is a freelance photographer working for the Associated Press in Colorado. Formally a Denver Post staffer, and before that, a photographer at The Houston Post, Gaylon now owns a commercial photography business. 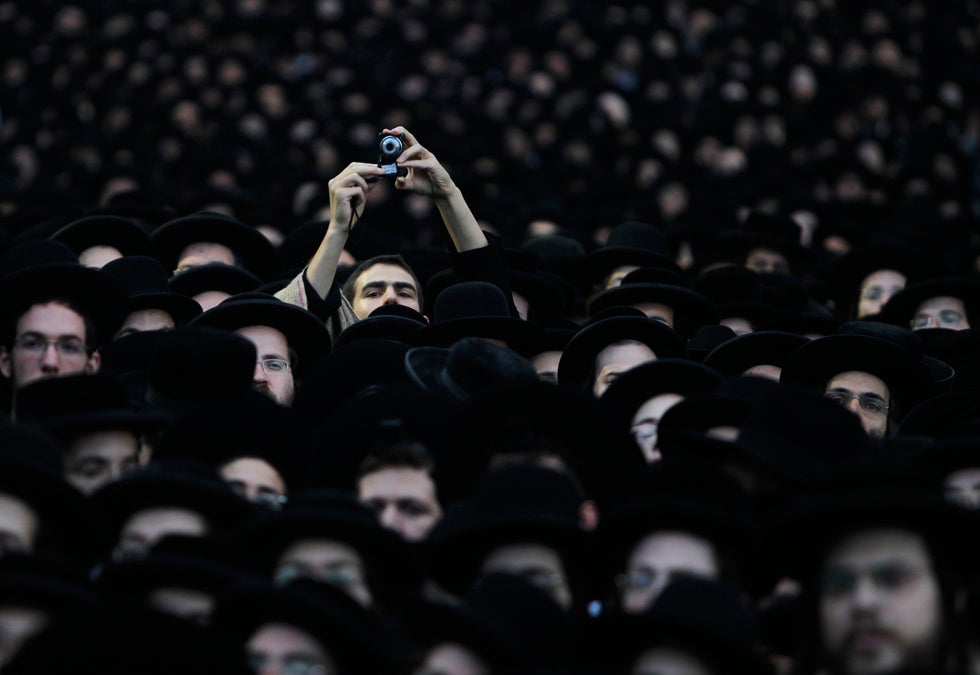 Ultra-Orthodox Jewish men attend a protest in Jerusalem’s Mea Shearim neighbourhood, against a new conscription law that might force ultra-Orthodox Jews to serve in the army. Baz Ratner is a veteran conflict photographer and staffer for Reuters. He was a Pulitzer Prize finalist in 2006 for his work covering the military conflict in Lebanon. You can see more of his work on his personal site. Also check out his previous image featured in our weekly gallery. 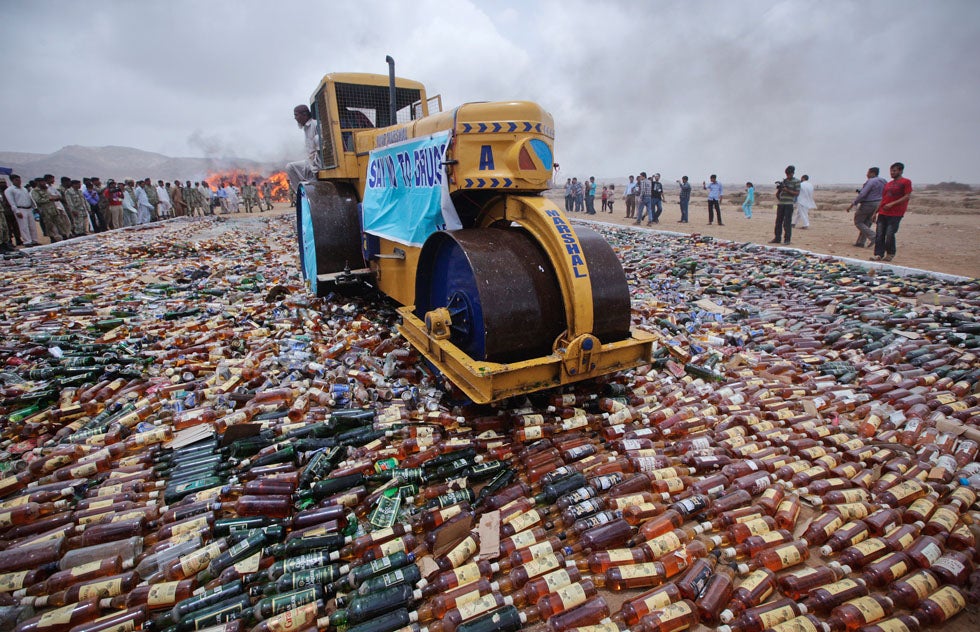 A steam roller moves through a pile of confiscated liquor bottles, during a campaign to mark the International Day against Drug Abuse and Illicit Trafficking, on the outskirts of Karachi

Coast guard officers and members of the media watch as a steamroller moves through a pile of confiscated liquor bottles near Karachi, Pakistan, during a campaign to mark the International Day against Drug Abuse and Illicit Trafficking. Akhtar Soomro is a Reuters staffer based in Karachi. In 2009, he was part of a New York Times‘ team that won a Pulitzer Prize for their coverage of Iraq and Afghanistan. See a portfolio of his work on the Reuters blog. 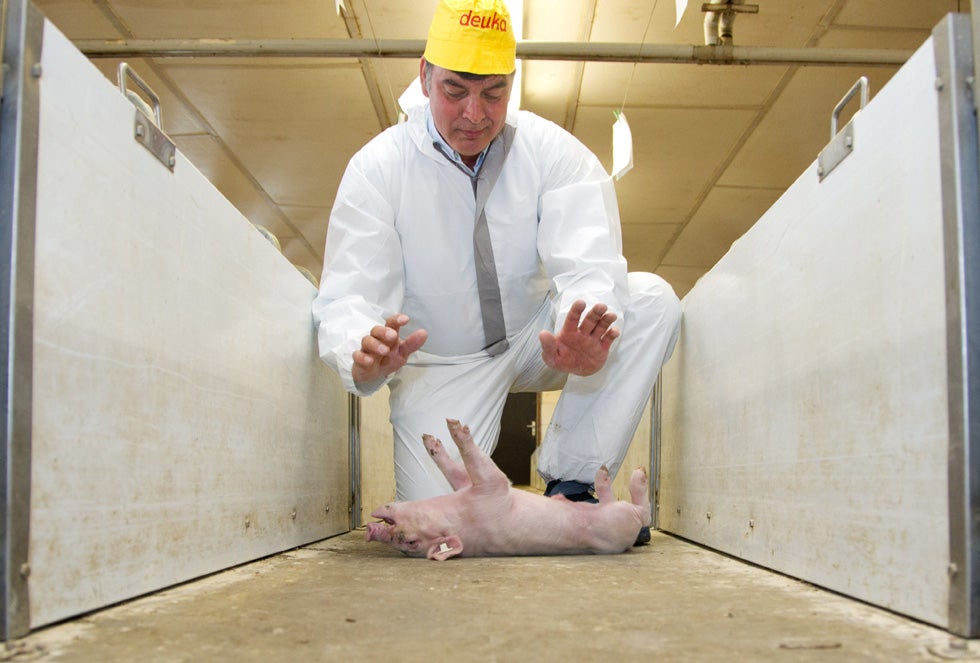 Dutch “swine whisperer” Kees Scheepens hypnotizes a piglet to measure stress conditions in a pigsty in Duelmen, western Germany, on June 22, 2012. The swine whisperer has already given advise to around 15,000 farmers. Friso Gentsch is a stringer for AFP based out of Germany. 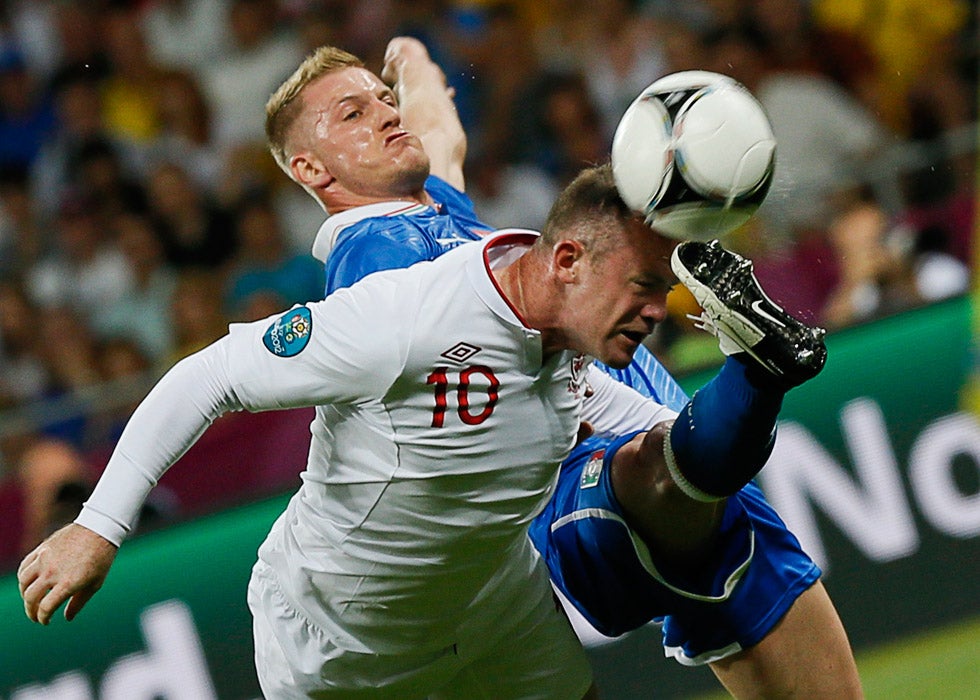 Italy’s Ignazio Abate (L) challenges England’s Wayne Rooney during their Euro 2012 quarterfinal soccer match at the Olympic stadium in Kiev, Ukraine. Tony Gentile is a Reuters staffer based in and around Europe. He recently posted a very interesting read (with photos) on his Reuters blog. Check it out here. 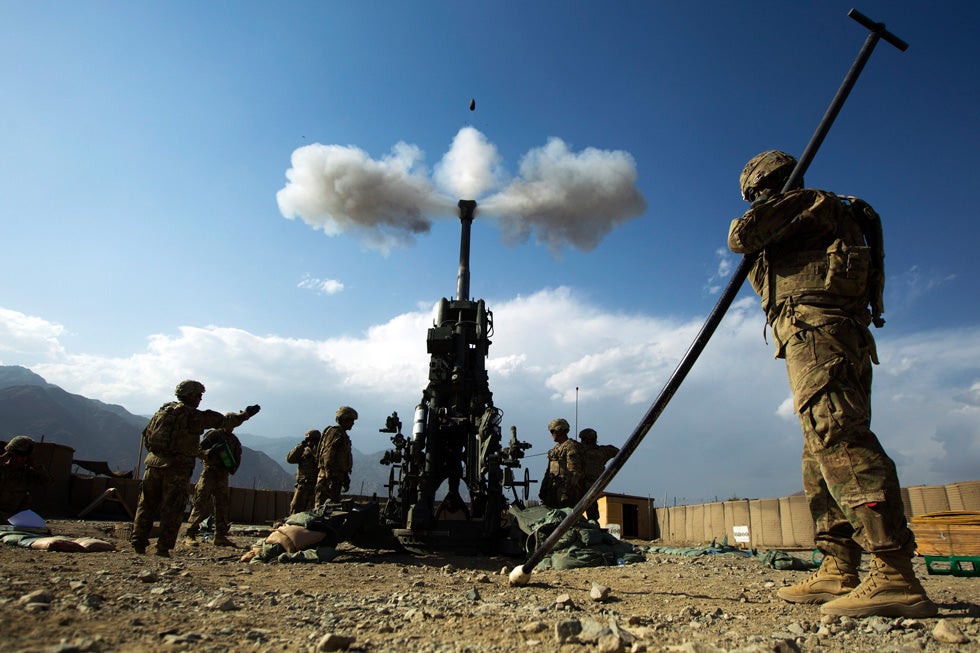 US Soldiers from Alpha Battery of the 2nd Platoon, 2-77 Field Artillery fire a 155mm Howitzer towards insurgent positions at FOB Joyce in Afghanistan’s Kunar Province. Lucas Jackson is a New York-based Reuters photographer currently covering the conflict in Afghanistan. See some of his past work over on the Reuters blog, and keep up to date with him by following his Twitter. 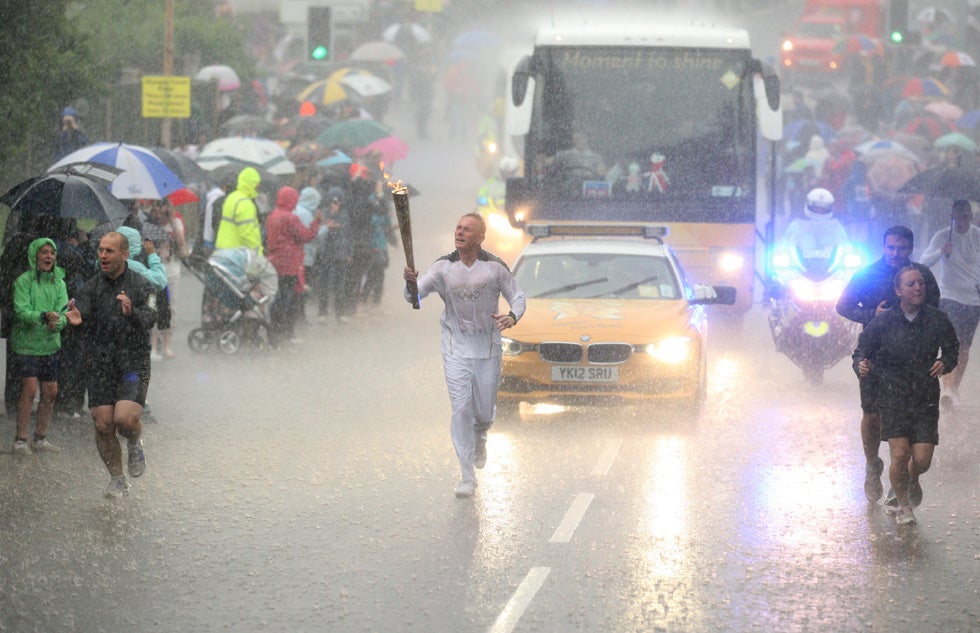 Glenn Chambers carries the Olympic Flame near Lincoln, England, during a heavy downpour, on Day 41 of the London 2012 Olympic Torch Relay. Chris Radburn is an Associated Press photographer also shooting for the London Organising Committee of the Olympic and Paralympic Games. 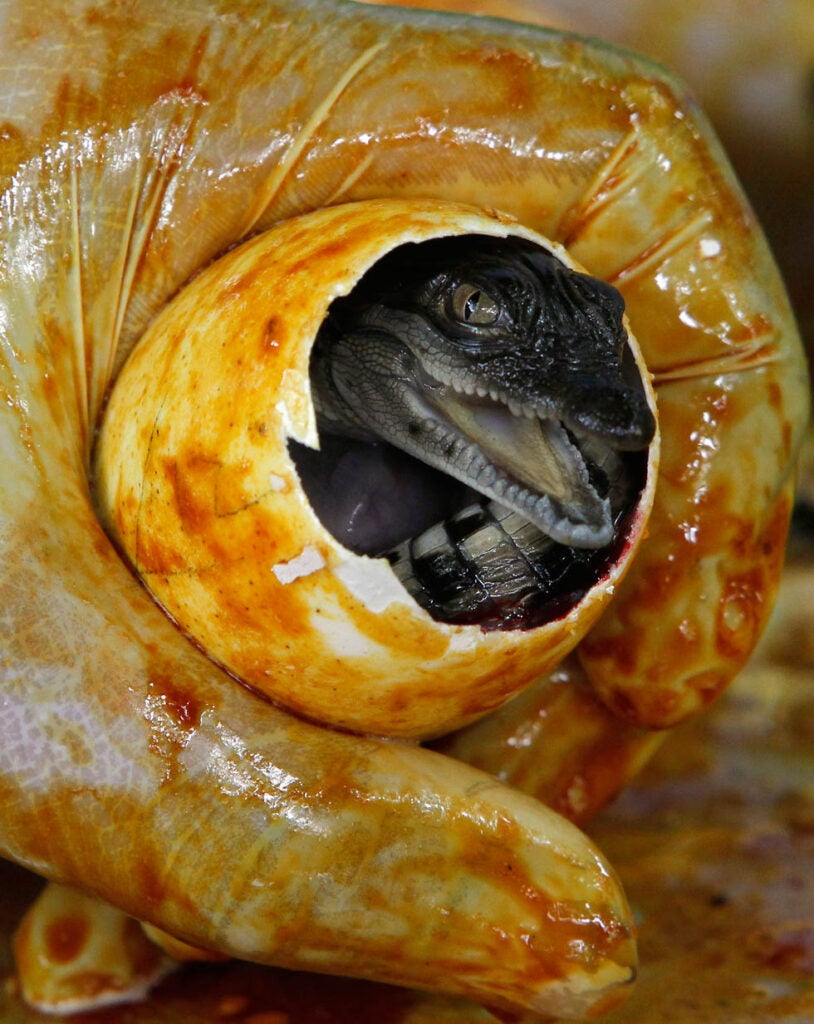 A worker shows a newly-hatched baby crocodile at a crocodile farm in Pasay city, metro Manila

A worker shows a newly-hatched baby crocodile at a crocodile farm in Pasay city, Manila, Philippines. Romeo Ranoco is a Reuters staffer based in Manila, the Philippines. Check out more of his work on the Reuters blog.