Photojournalism of the Week: January 4, 2013 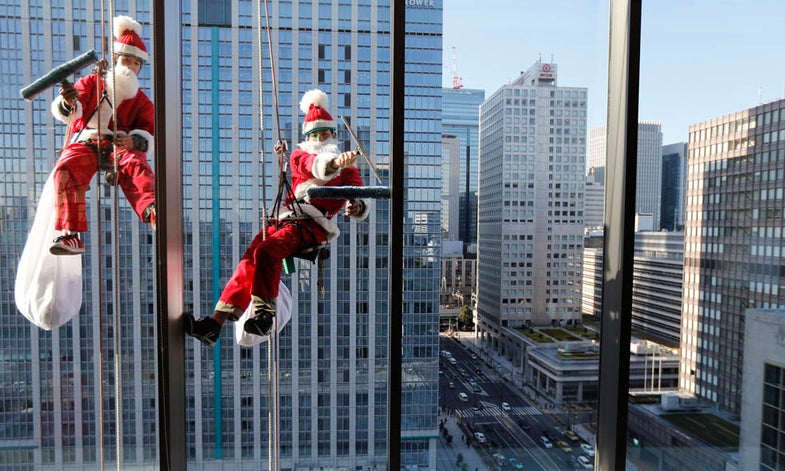 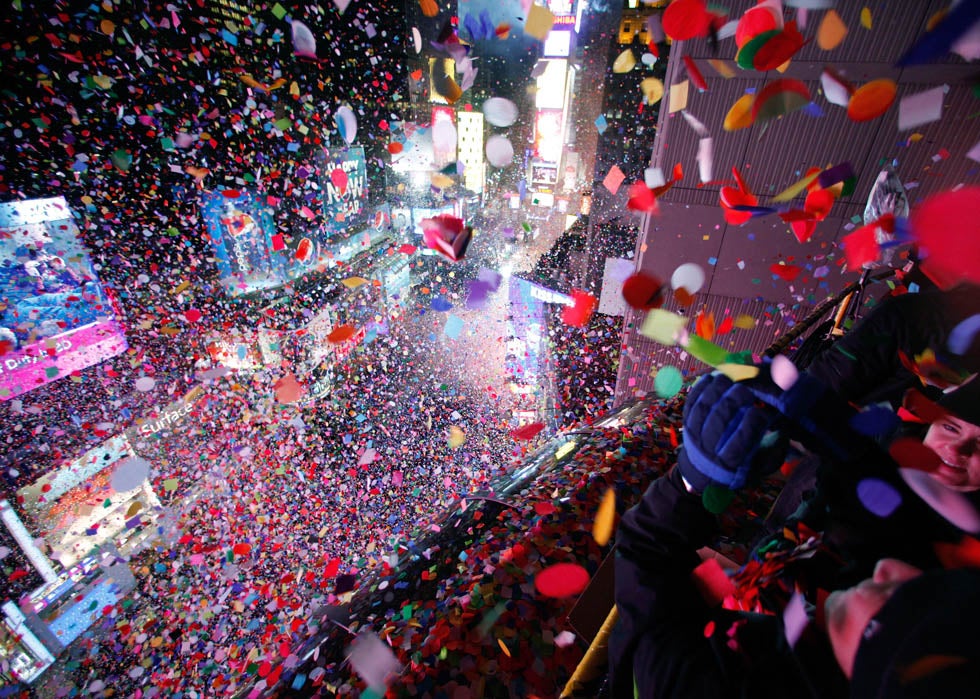 Confetti is dropped on revelers at midnight during New Year celebrations in Times Square in New York. Gary Hershorn is a 28-year Reuters veteran from Hoboken, New Jersey. See more of his incredible work here. 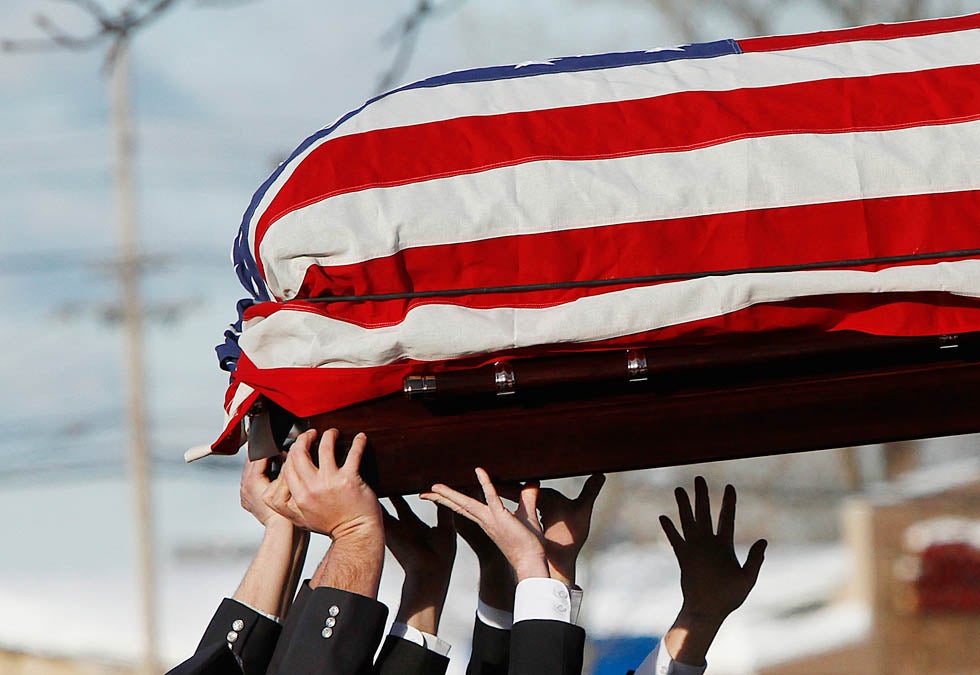 Members of the West Webster fire department load the casket of slain firefighter Michael Chiapperini onto a fire truck following his funeral service. Chiapperini and Tomasz Kaczowka were the two fire fighters killed several weeks ago in New York State by gunman, William Spengler, after he set his residence ablaze. Carlo Allegri is a Bermuda-born, Canadian photojournalist. A veteran of news coverage, his work has appeared in newspapers and magazines for 20 years. See more of his images on his Lightstalkers page. 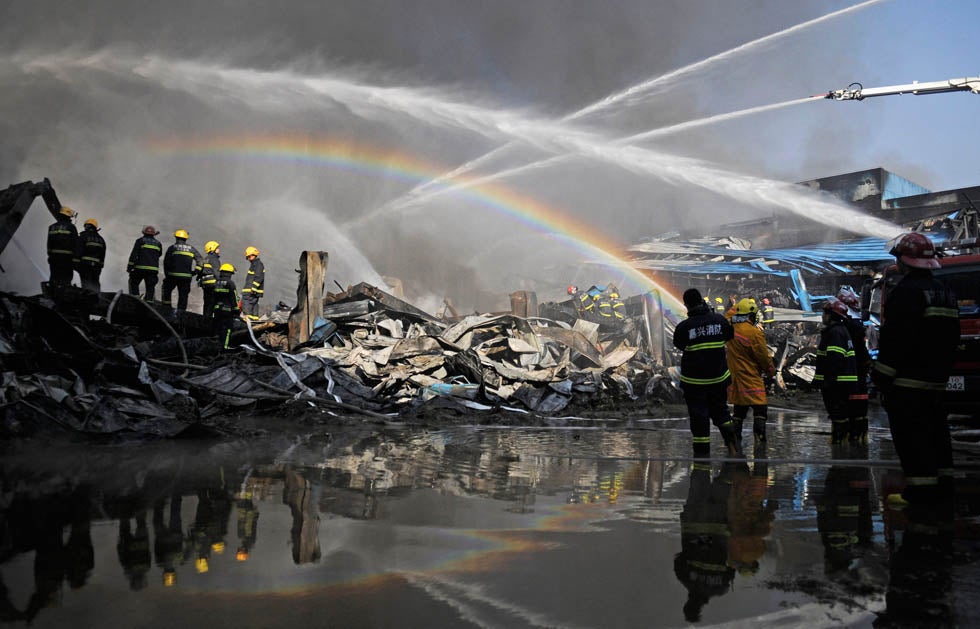 Firefighters try to extinguish a fire at the Hangzhou Yusei Machinery Co.,Ltd in Xiaoshan District in Hangzhou

Firefighters try to extinguish a fire at the Hangzhou Yusei Machinery Co.,Ltd in Xiaoshan District in Hangzhou, Zhejiang Province, China. 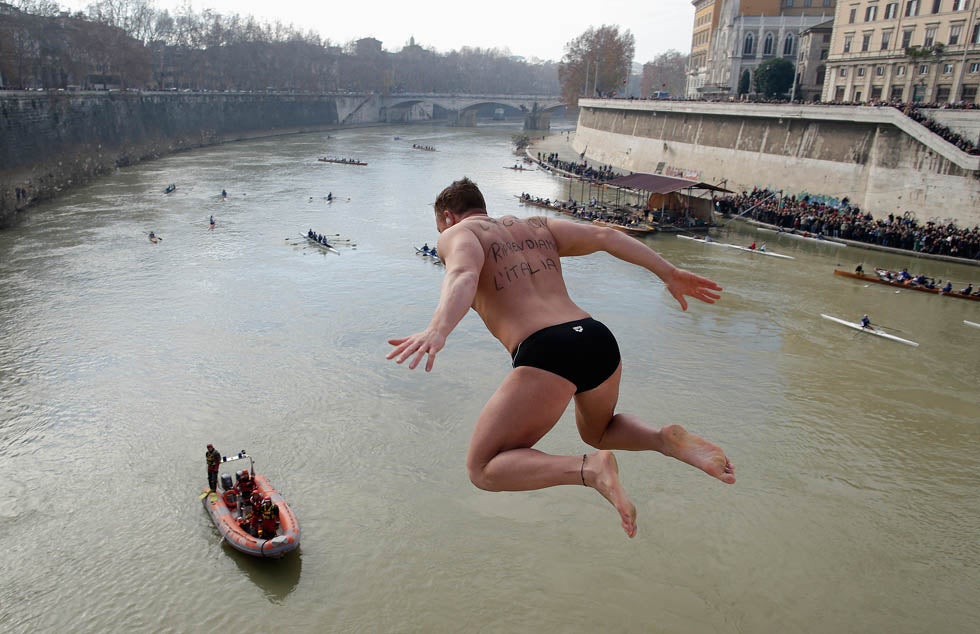 An unidentified man dives into the Tiber River from the Cavour bridge, as part of traditional New Year celebrations in Italy. Tony Gentile is a Reuters staffer based in Europe. See more of his work here. 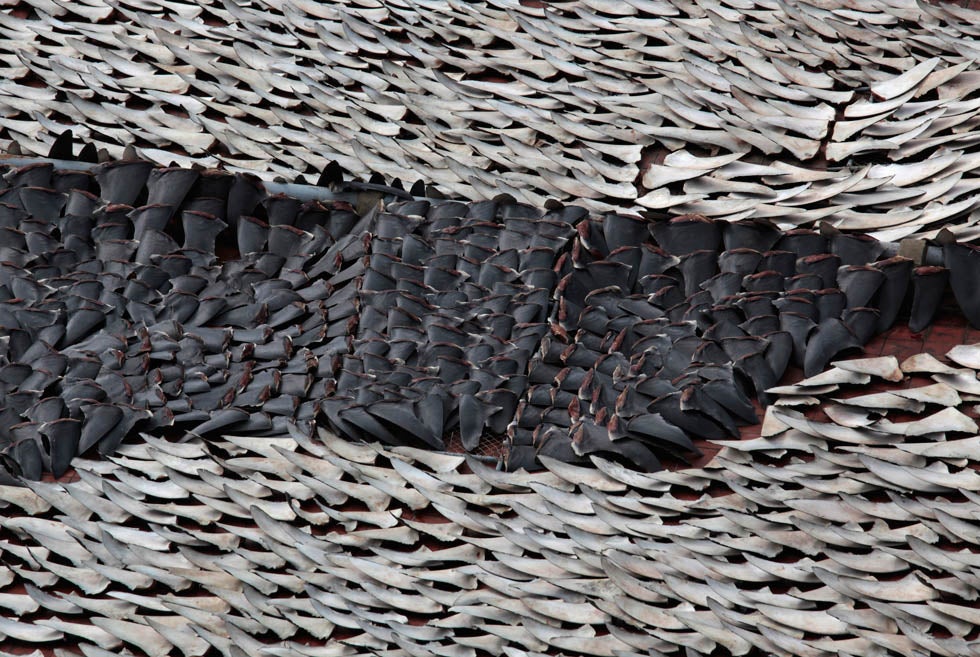 Over ten thousand pieces of shark fins are dried on the rooftop of a factory building in Hong Kong. Local sales of the luxurious gourmet food have fallen in recent years due to its controversial nature, but activists demand a total shark fin ban in the city. Bobby Yip is a Reuters staffer based in Hong Kong. See more of his work on the Reuters blog. 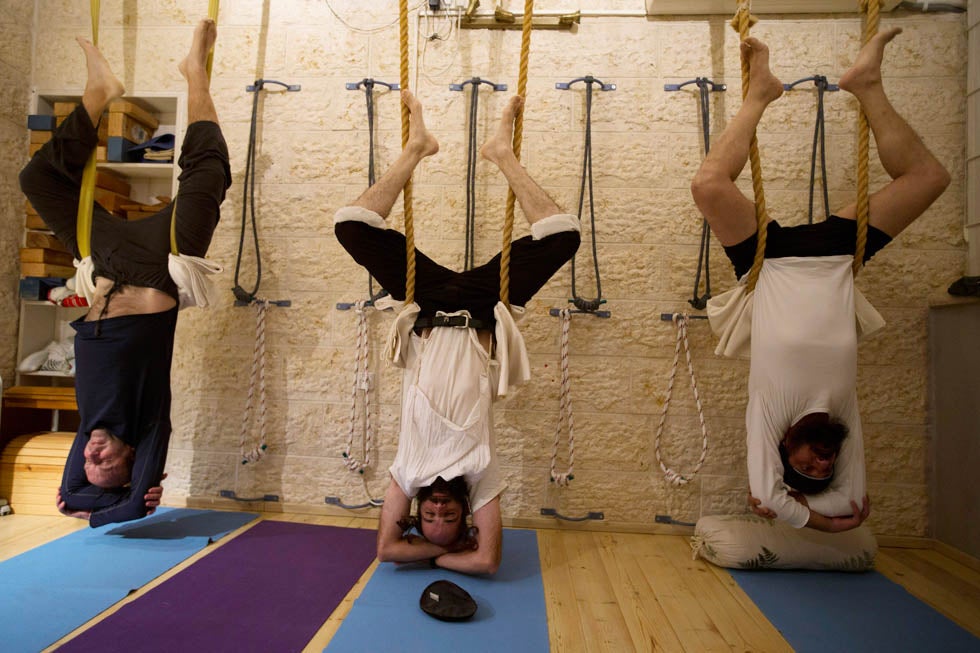 Ultra-Orthodox Jewish men take part in a yoga class at a studio in Ramat Beit Shemesh 12 mile from Jerusalem, Israel. Ronen Zvulun has been working in Israel since 1996 as a photojournalist. He has been with Reuters since 2007. See more of his work on Lightstalkers. 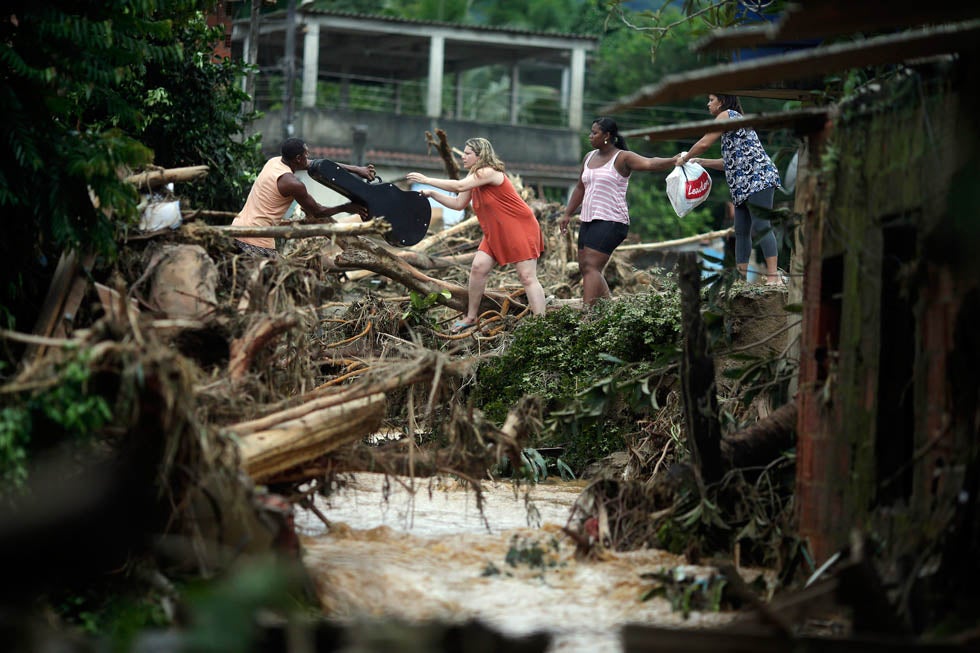 People carry their belongings after the floods of the Capivari river in Xerem, in Duque de Caxias near Rio de Janeiro

People evacuate with their belongings during flooding of the Capivari River in Xerem, in Duque de Caxias near Rio de Janeiro, Brazil. Ricardo Moraes is a full-time stringer working for Reuters in Rio de Janeiro. He started he career in photography at the age of 14 as a studio assistant. See more of his work here. 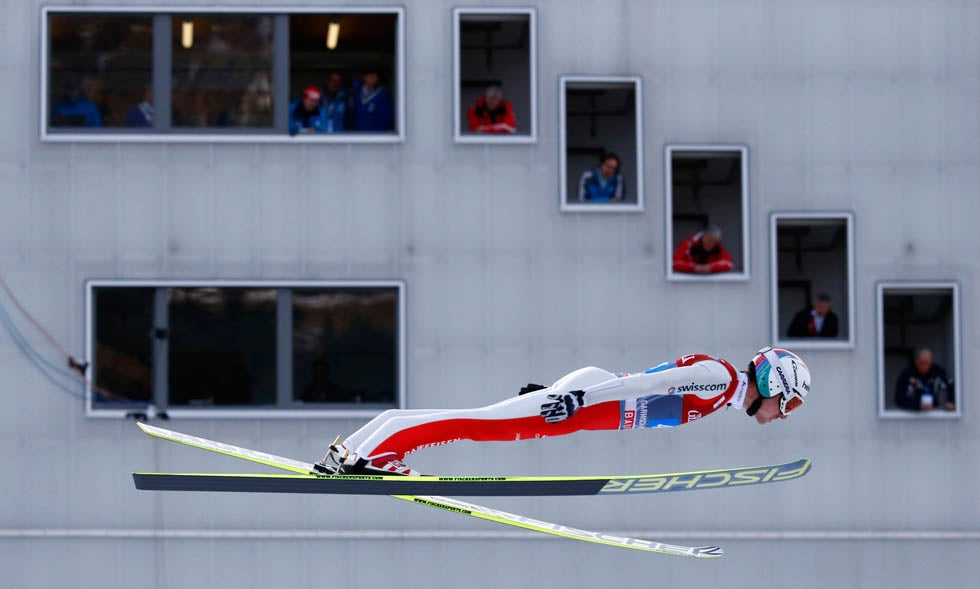 Switzerland’s Simon Ammann soars past the judges tower during the second jumping of the 61st four-hills ski jumping tournament in Garmisch-Partenkirchen, southern Germany. Kai Pfaffenbach is a Germany-born photojournalist, who began working for Reuters in 1996, before coming on fulltime in 2001. See more of his work on his Website. You can also keep up to date with his assignments by checking out his Reuters blog. 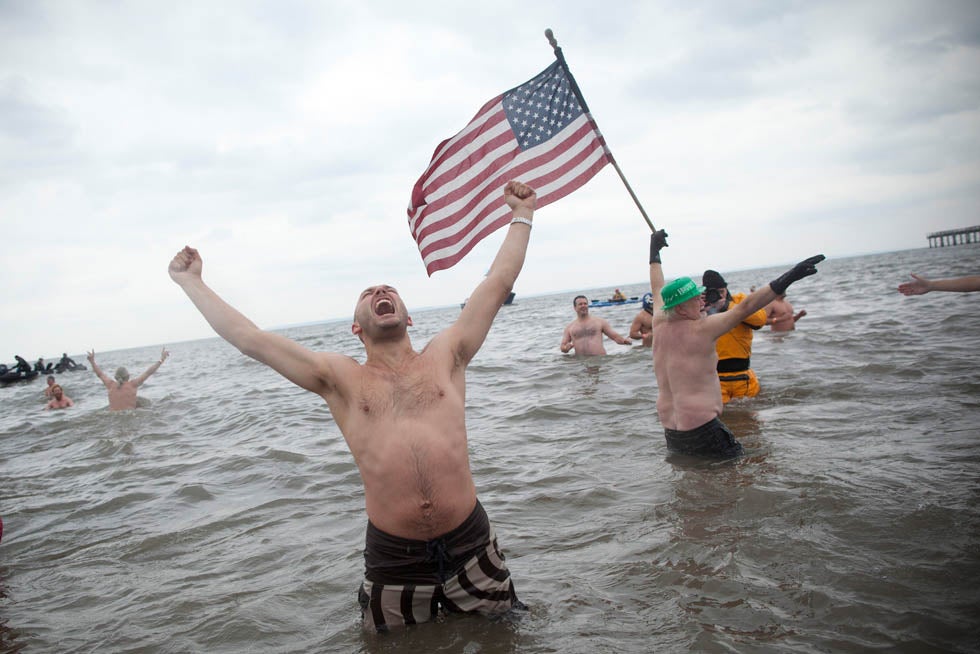 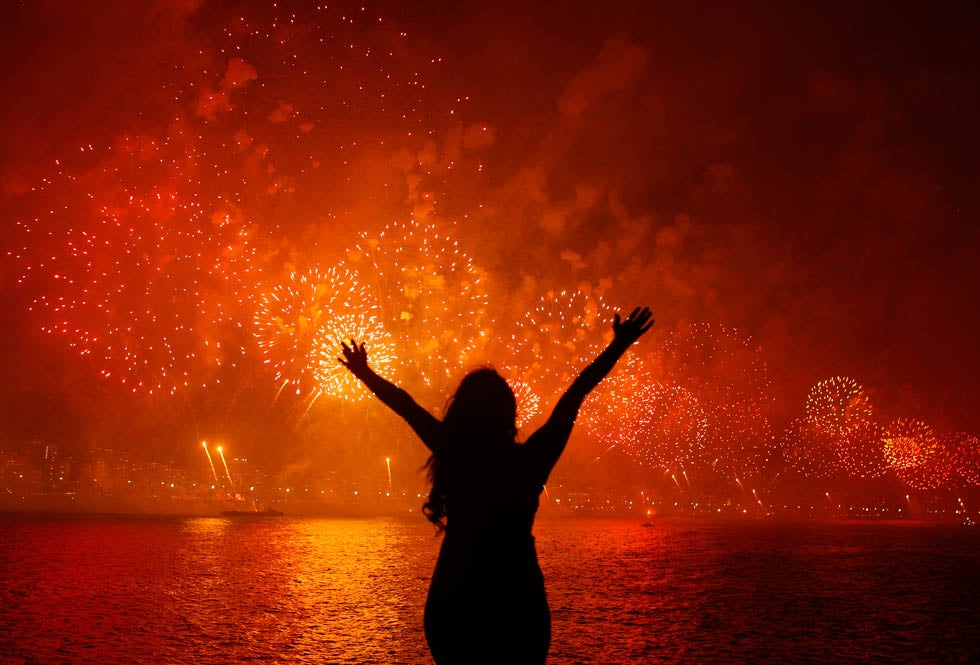 A woman celebrates the New Year as she watches fireworks exploding above Copacabana beach in Rio de Janeiro. Pilar Olivares is a Reuters staffer based in Brazil. See more of his work on his site.