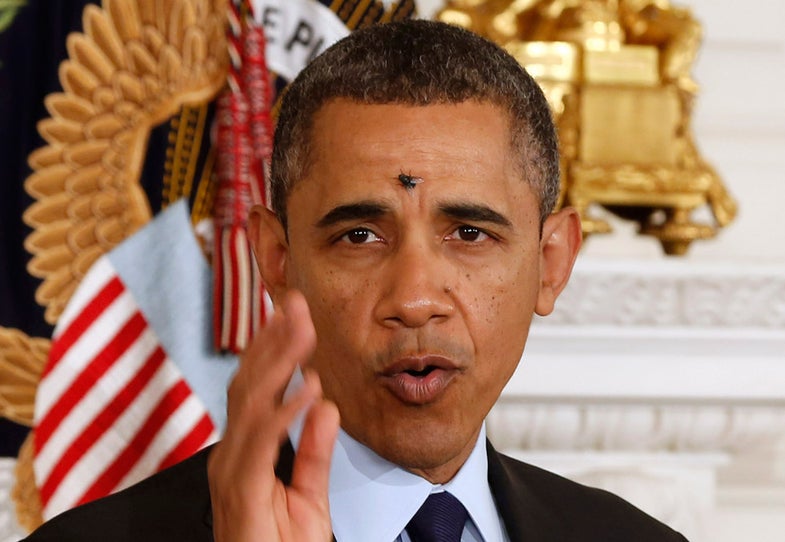 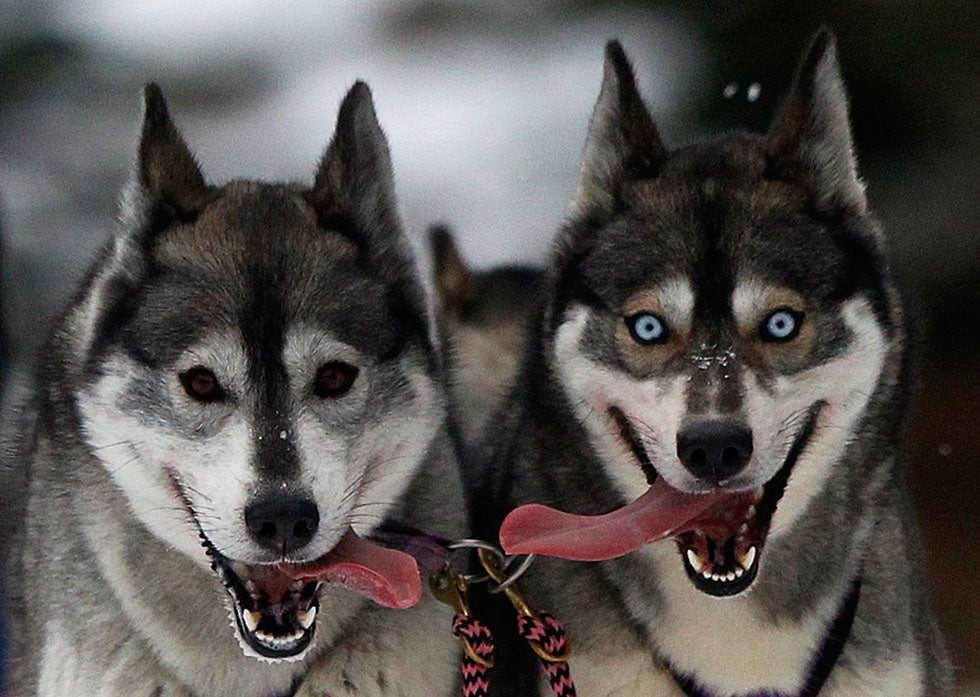 Huskies pant during a training session at Feshiebridge, in Aviemore, Scotland

Huskies pant during a training session at Feshiebridge, in Aviemore, Scotland. The Siberian Husky Club of Great Britain will hold its annual sled dog rally this weekend. David Moir is a Reuters photographer based in Scotland. See more of his work here.

Newly-built houses stand in rows in the village of Dadun in Hainan province, China. 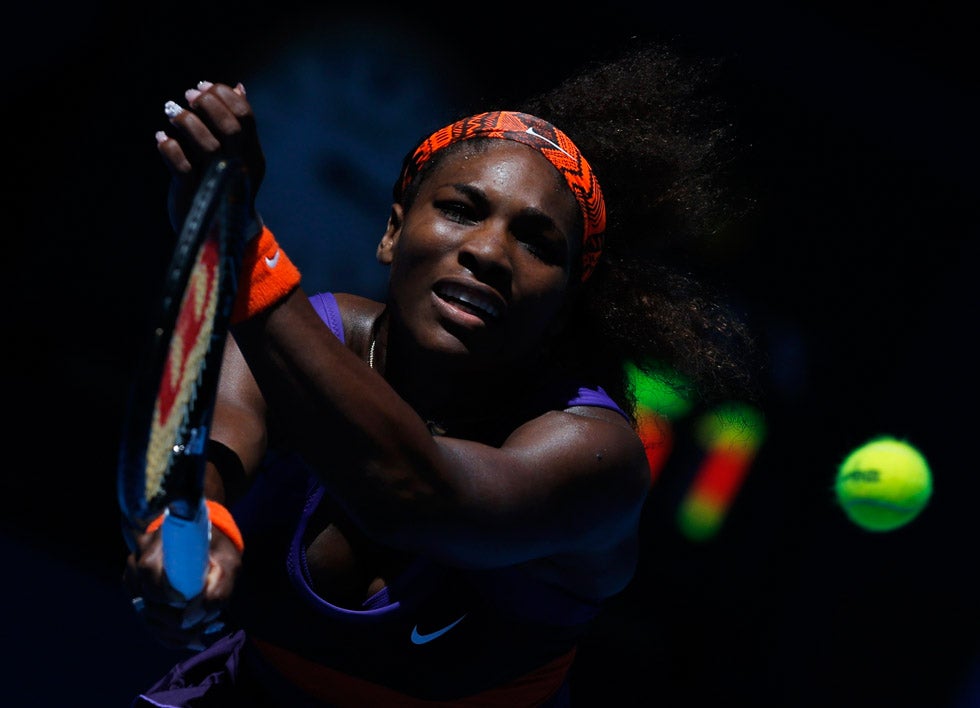 Serena Williams of the U.S. hits a return to compatriot Sloane Stephens during their women’s singles quarter-final match at the Australian Open tennis tournament in Melbourne

Serena Williams hits a return during her women’s singles quarter-final match with Sloane Stephens at the Australian Open in Melbourne. Damir Sagolj is a Reuters staff photographer who was previously based in Myanmar. He recently captured first prize in the World Press Photo “Daily Life Singles” category. Check out more of his work here. 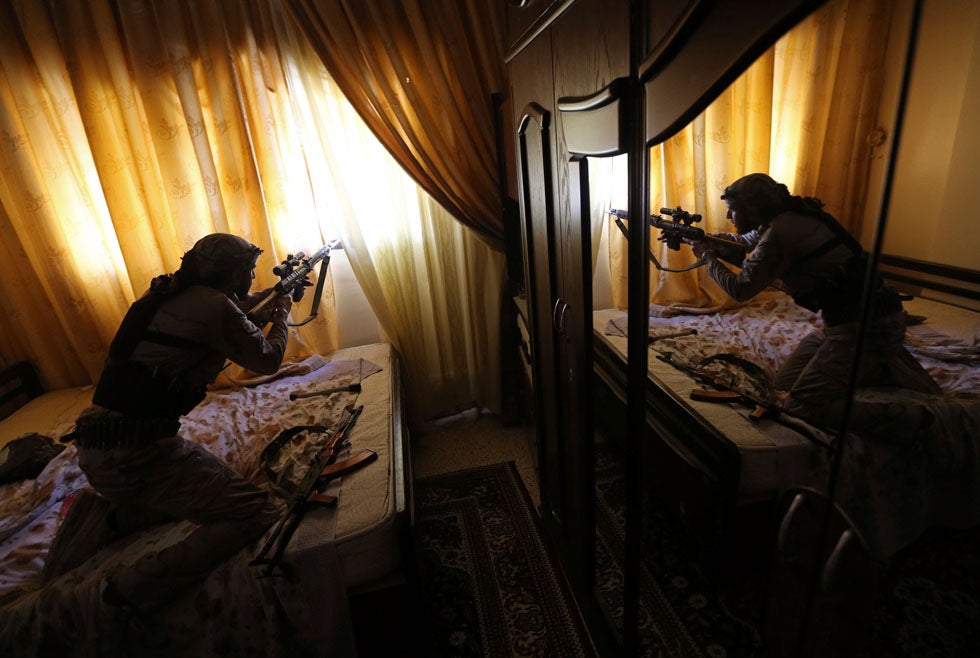 A fighter from the Sadik unit of Free Syrian Army’s Tahrir al Sham brigade fires his Draganov sniper rifle from inside a house during heavy fighting in Mleha suburb of Damascus. Goran Tomasevic is a Reuters staffer who predominantly covers wars and conflicts. He has previously photographed in Libya, Syria, Egypt and Iraq. In 2003 and 2005 he was named Reuters’ Photographer of the Year. See more of his work here. 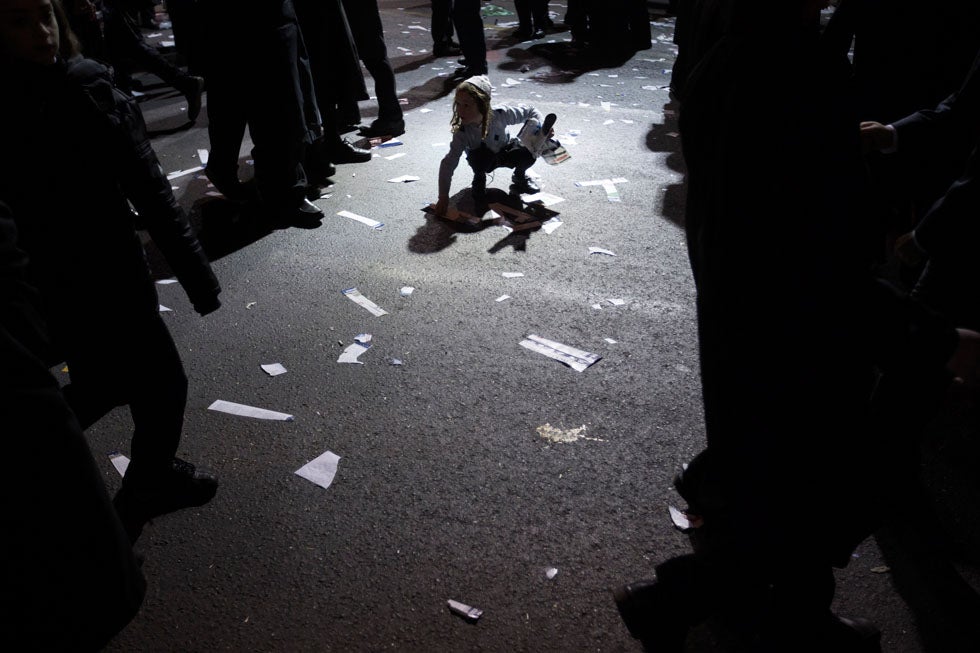 An ultra-Orthodox Jewish boy picks up a sticker during a rally organised to welcome Rabbi Zalman Leib Teitelbaum, in Jerusalem

An Orthodox Jewish boy picks up a sticker during a rally organized to welcome Rabbi Zalman Leib Teitelbaum, in Jerusalem. Ronen Zvulun has been working in Israel since 1996 as a photojournalist. He has been with Reuters since 2007. See more of his work here. 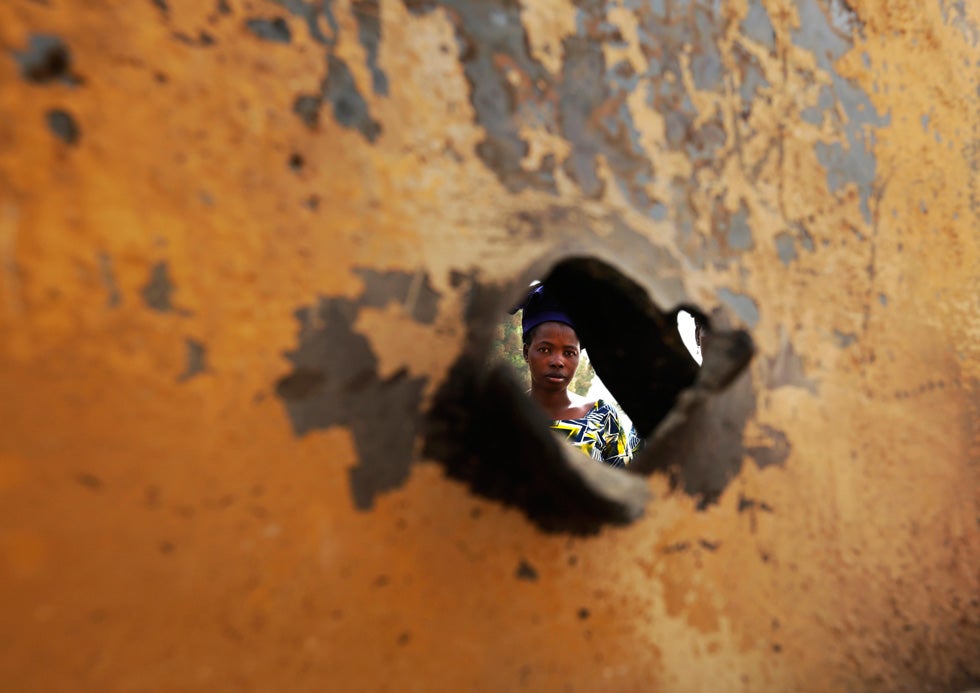 A woman is seen through a bullet hole of a vehicle, believed to belong to Islamist rebels, in Diabaly

A woman is seen through a bullet hole of a vehicle, believed to belong to Islamist rebels and destroyed during French air strikes, in the recently liberated town of Diabaly, Mali. Eric Gaillard is a Reuters veteran, having worked for the agency since 1985. See more of his work on the Reuters blog. 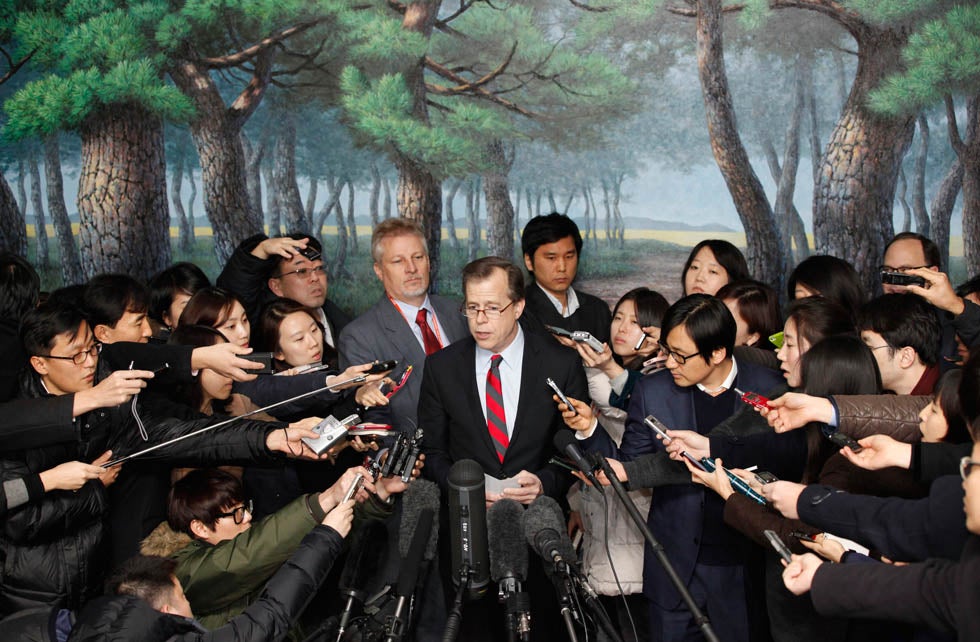 U.S. Special Representative for North Korea Policy Glyn Davies (center) attends a news conference at South Korea’s foreign ministry after meeting with South Korea’s chief nuclear envoy Lim Sung-nam in Seoul. Kim Hong-Ji is a photojournalist working for Reuters out of South Korea. See more of his work in our past-round up here. 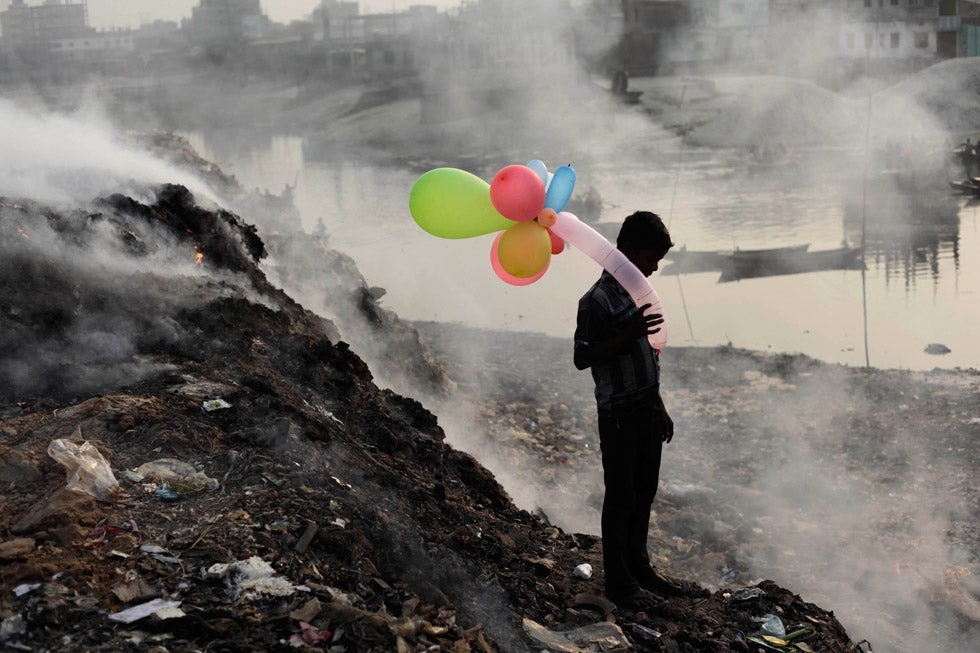 A boy plays with balloons by the Buriganga river in Dhaka, Bangladesh. Andrew Biraj is a Reuters staff photographer based out of Dhaka, Bangladesh and the winner of a 2011 World Press Photo award. See more of his work here. 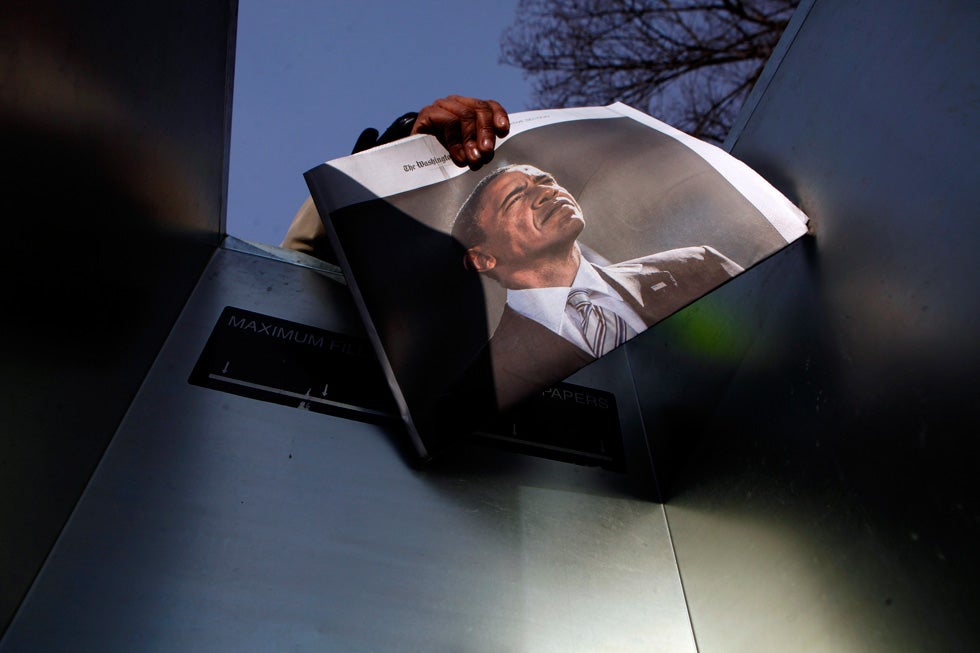 A woman sells newspapers with U.S. President Barack Obama on the National Mall for the ceremonial swearing-in on the West front of the U.S. Capitol in Washington

A woman sells newspapers with a picture of U.S. President Barack Obama on the National Mall during last Monday’s inaugural events. Eric Thayer is a Los Angeles-based photojournalist who, in addition to Reuters, shoots for the likes of The New York Times, Getty and the Wall Street Journal. See more of his work on his personal site. 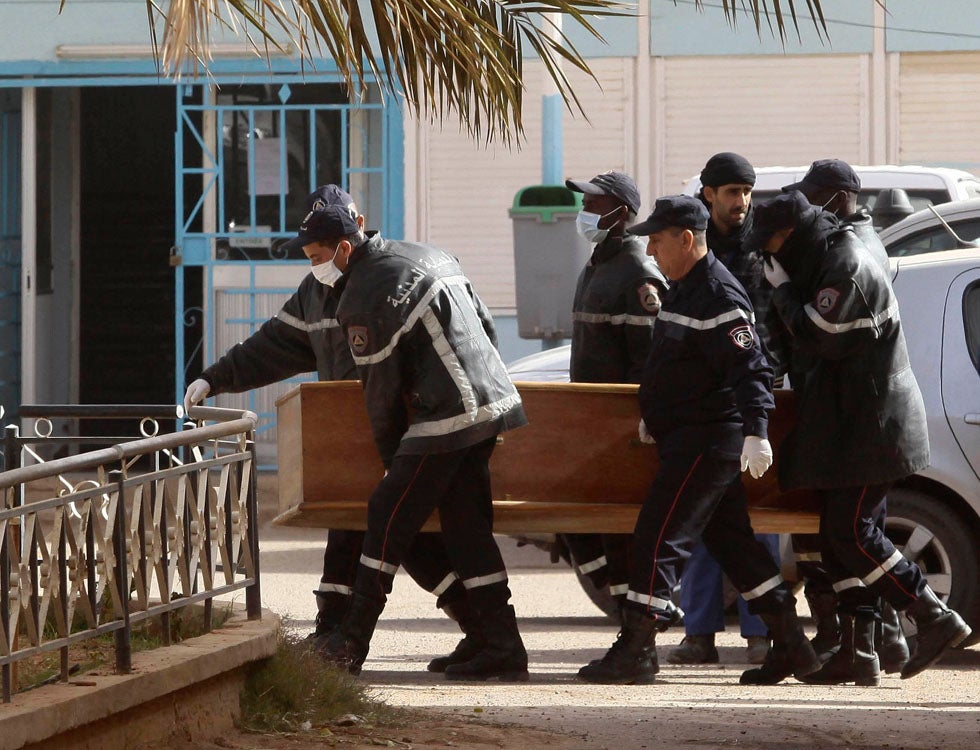 Rescue workers deliver a coffin containing the body of one of the hostages killed during a four-day siege at an Algerian gas plant to a local hospital. The hostage death toll has risen to almost 60 in an attack claimed by veteran Islamists fighter on behalf of al Qaeda. Ramzi Boudina is a stringer working for Reuters in Algeria. 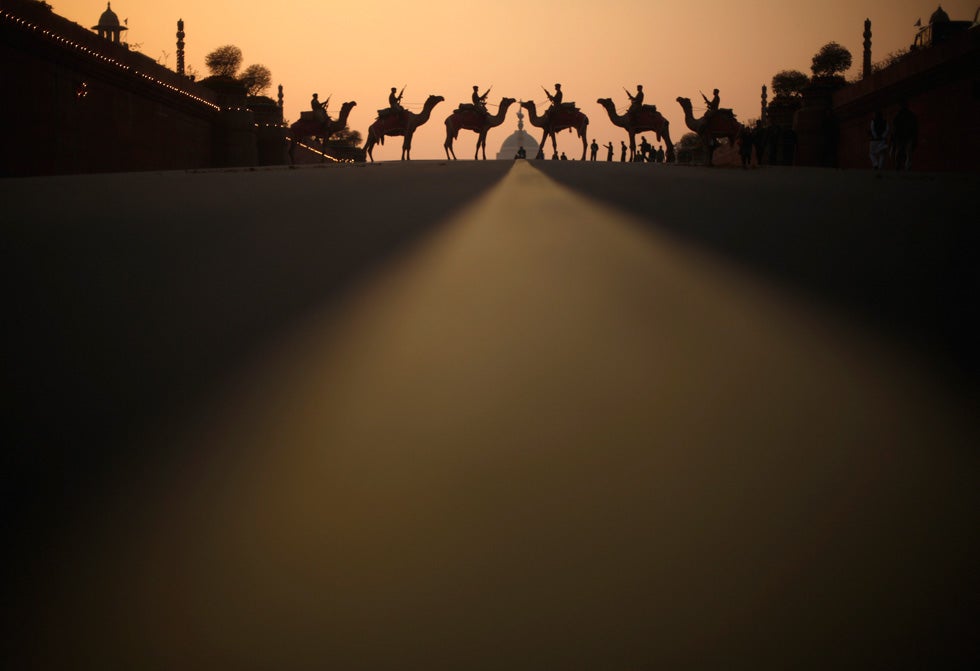 India’s Border Security Force soldiers ride their camels in front of India’s presidential palace Rashtrapati Bhavan during a rehearsal for the “Beating the Retreat” ceremony in New Delhi. Adnan Abidi is a Reuters staffer who has been with the agency for seven years. He is currently based in New Delhi. See more of his work in our past round-up.