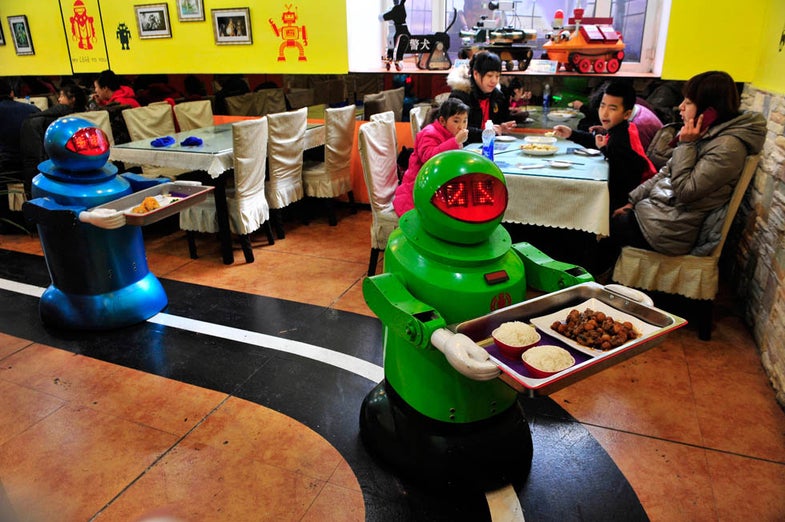 Robots deliver dishes to customers at a Robot Restaurant in Harbin, Heilongjiang province January 12, 2013. Opened in June 2012, the restaurant has gained fame in using a total of 20 robots, which range in heights of 1.3-1.6 metres (4.27-5.25 ft), to cook meals and deliver dishes. The robots can work continuously for five hours after a two-hour charge, and are able to display over 10 expressions on their faces and say basic welcoming sentences to customers, local media reported. REUTERS/Sheng Li (CHINA - Tags: SOCIETY SCIENCE TECHNOLOGY FOOD). © Sheng Li / Reuters
SHARE 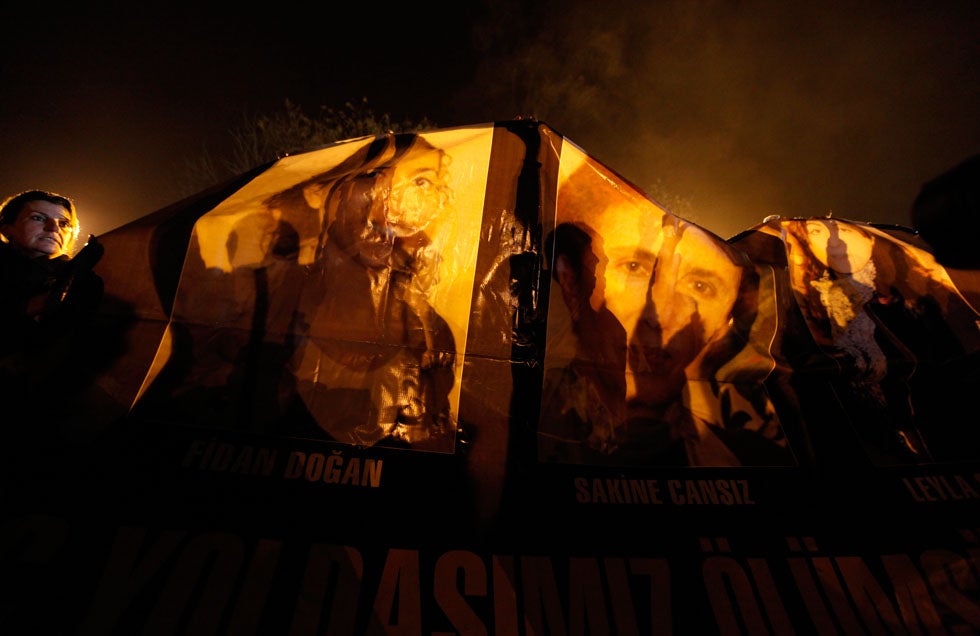 Kurdish demonstrators hold up pictures of the three Kurdish activists shot in Paris, as they wait for the ambulances carrying their bodies in Diyarbakir

Kurdish demonstrators hold up pictures of the three Kurdish activists shot in Paris, as they wait for the ambulances carrying their bodies in Diyarbakir, the largest city in Turkey’s mainly Kurdish southeast. Umit Bektas is Turkish-based staff photographer at Reuters. He has recently been covering the escalating border violence resulting from the Syrian revolution. Before being stationed in Turkey, Umit was embedded with US forces in Afghanistan. See more of his work on the Reuters blog. 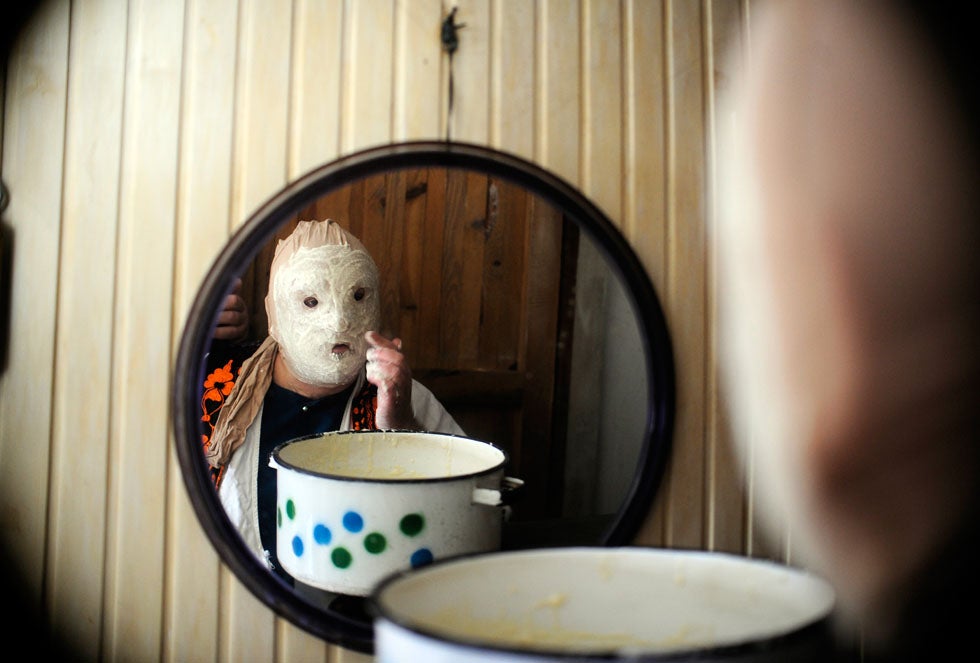 A reveller applies a mask before parading the streets during a carnival in the village of Vevcan, Macedonia. Ognen Teofilovski is a Macedonia-based photojournalist working for Reuters. See more of his work here. 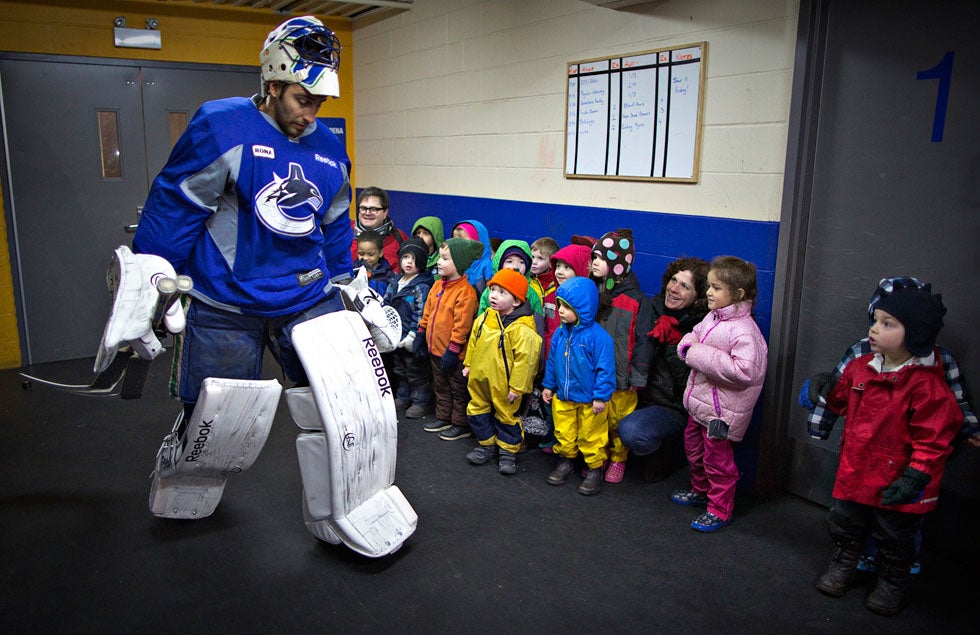 A group of pre-school children watch as Vancouver Canucks goalie Roberto Luongo leaves the dressing room during a practice at the University of British Columbia in Vancouver. Andy Clark is a freelance photographer based in British Columbia, shooting for Reuters. See more of his work from past round-ups here. 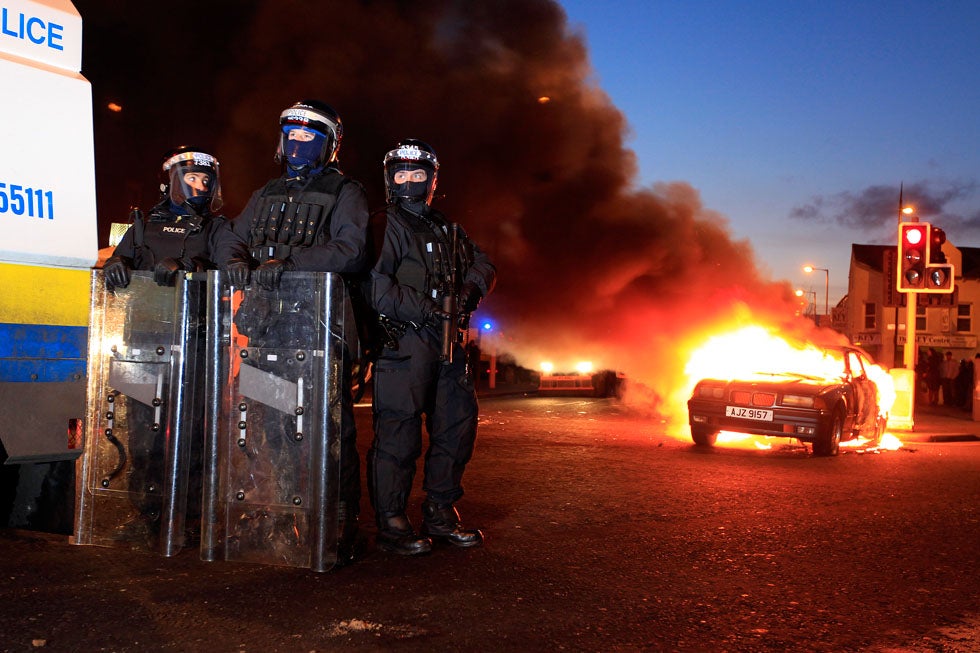 Police officers in riot gear stand near a burning hijacked car during rioting in East Belfast. Violent protests continue in Northern Ireland as loyalists renewed their anger against restrictions on flying the union flag from Belfast City Hall. Cathal McNaughton is an Irish-based photographer working for Reuters. Before working with Reuters he started his career with the Irish News in Belfast. See more of his work on his site. Also check out his image from last week’s round-up here. 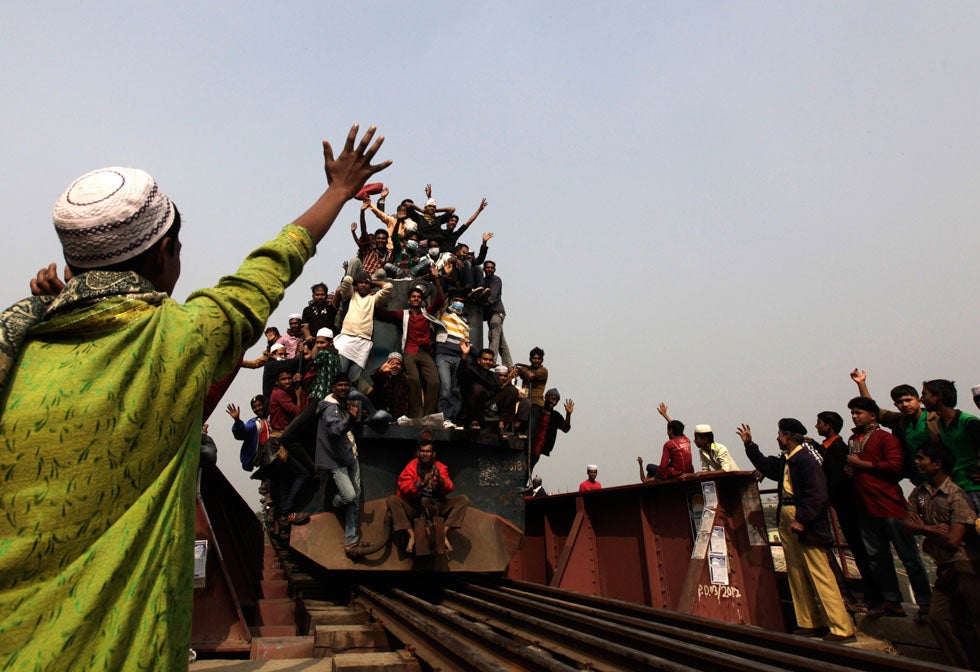 An overcrowded train crosses a bridge after the final Muslim prayer ceremony of Bishwa Ijtema in Tongi, on the outskirts of Dhaka, Bangladesh. Andrew Biraj is a Reuters staff photographer based out of Dhaka, Bangladesh and the winner of a 2011 World Press Photo award. According to his Lightstalker page, “he often focuses on the people living on the fringe from the social, political and environmental perspectives,” in the region. Check out his past photos in our round-up. 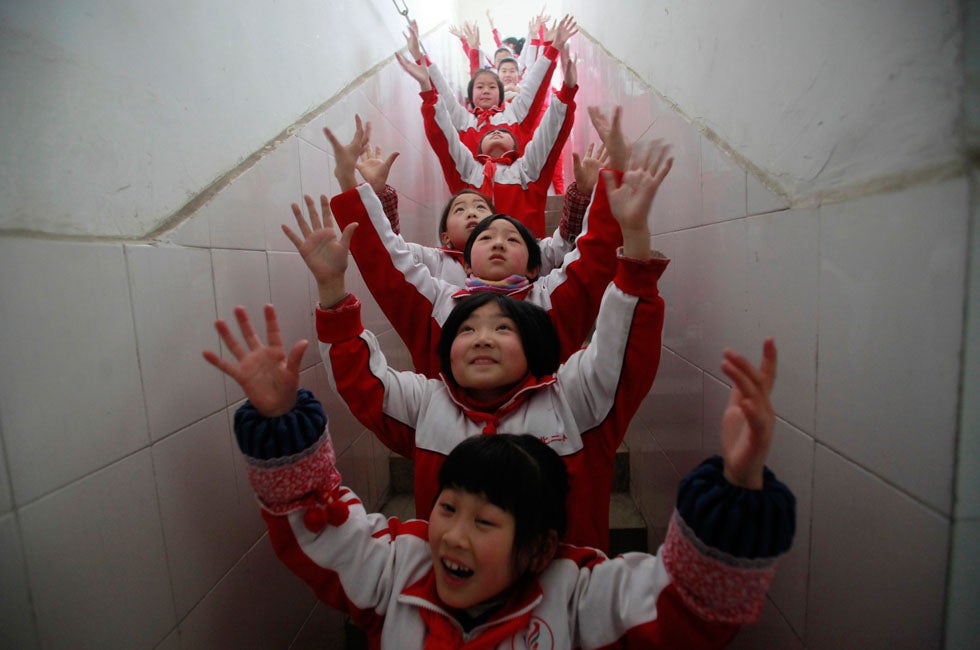 Students exercise during class break in a classroom building on a foggy day in Jinan, Shandong province, China. 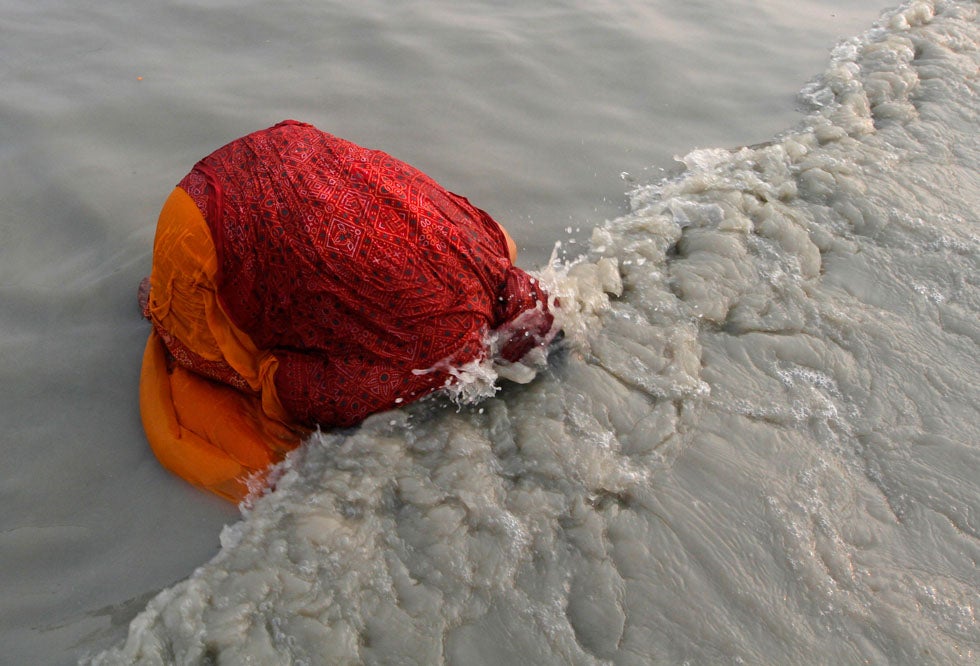 A Hindu pilgrim takes a dip at the confluence of the Ganges river and the Bay of Bengal at Sagar Island, India. Rupak De Chowdhuri is an India-based Reuters photographer. Check out more of his work here and here. 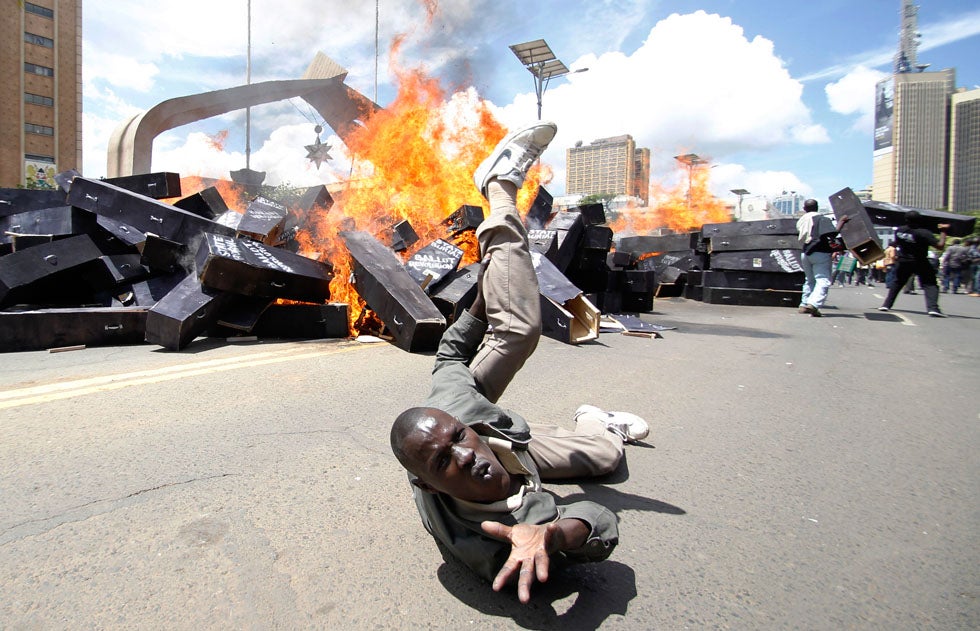 An activist reacts as mock coffins burn outside the Kenyan parliament during a protest dubbed “State Burial-Ballot Revolution”, a demonstration against legislators’ plans to receive higher bonuses. Thomas Mukoya has been a photographer with Reuters since 2002. He is also the President of the Photojournalists’ Association of Kenya. Check out more of his work here. 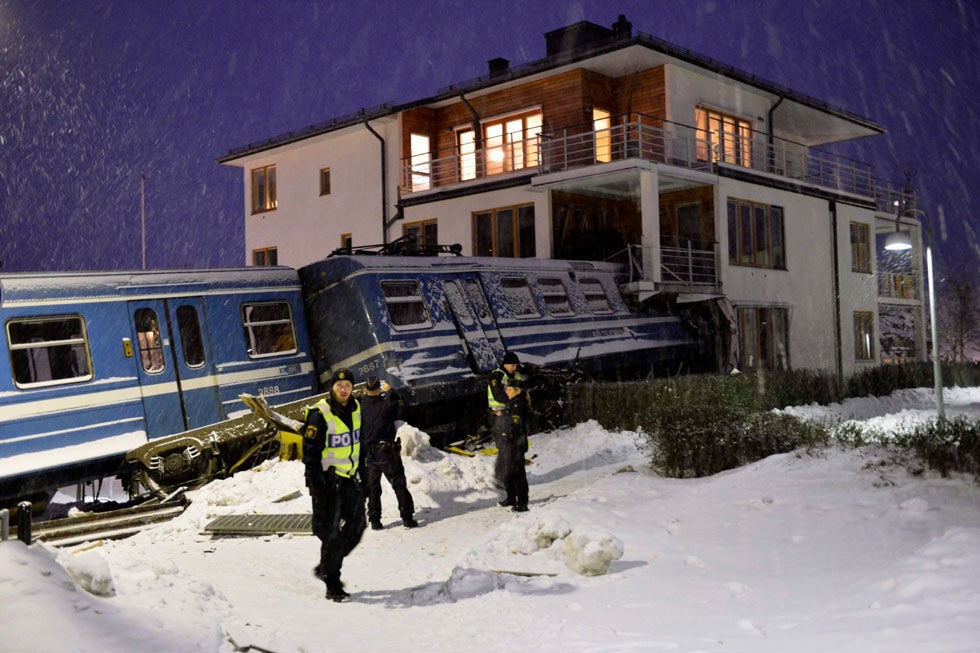 Police officers stand near a local train that derailed and crashed into a residential building in Saltsjobaden outside Stockholm. Jonas Ekstromer is a Swedish-based photojournalist shooting for Scanpix. 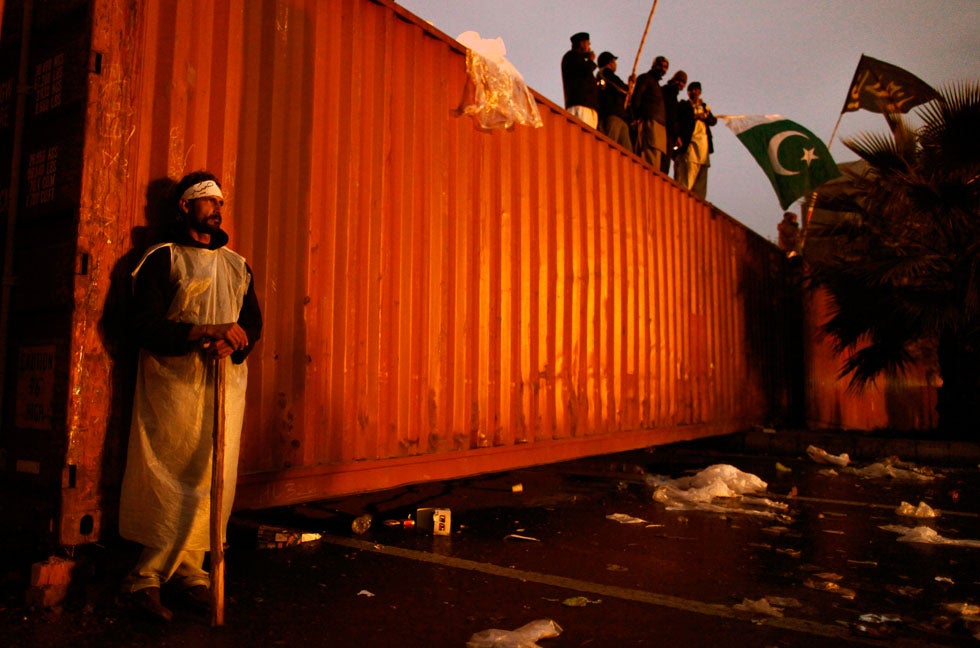 A supporter of Sufi cleric and leader of Minhaj-ul-Quran Muhammad Tahirul Qadri leans against a container blocking his and other protestors’ path as they head toward the Pakistani parliament building during the fourth day of demonstrations in Islamabad. Zohra Bensemra is a photojournalist working for Reuters in Pakistan.