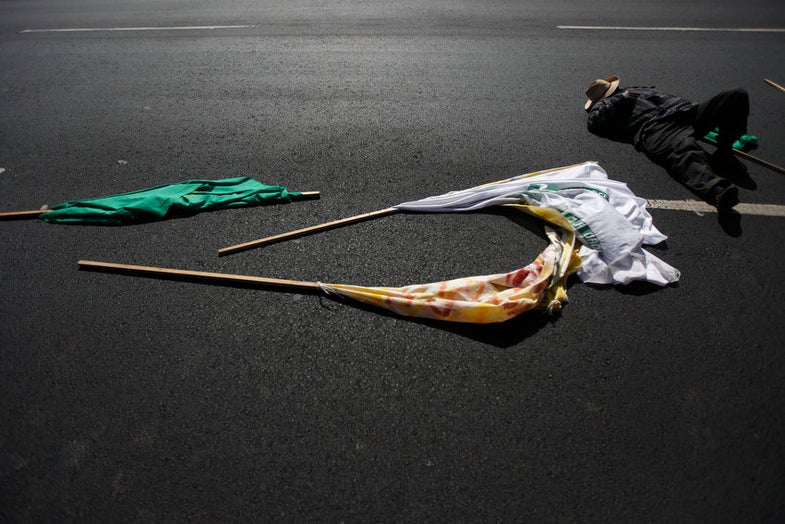 A peasant rests along a street next to his flags during a march, upon arrival in Mexico City January 9, 2013. The peasants who started this march 30 days ago in Villa Hermosa, in the state of Tabasco, are heading to the capital to seek government support to make their land more productive, according to local media. REUTERS/Edgard Garrido (MEXICO - Tags: CIVIL UNREST AGRICULTURE POLITICS). © Edgard Garrido / Reuters
SHARE 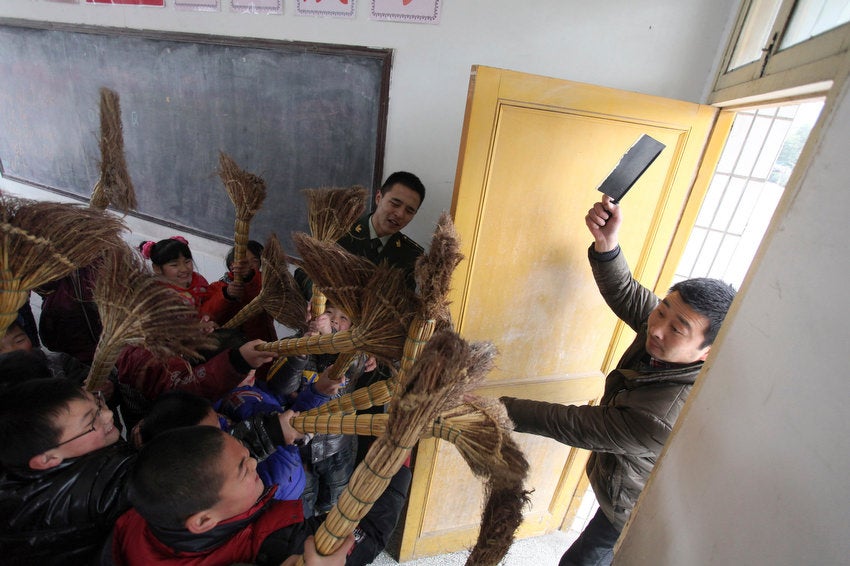 Students practice defending themselves with brooms as a soldier observes during an anti-violence exercise at a primary school in Rugao, Jiangsu province, China. 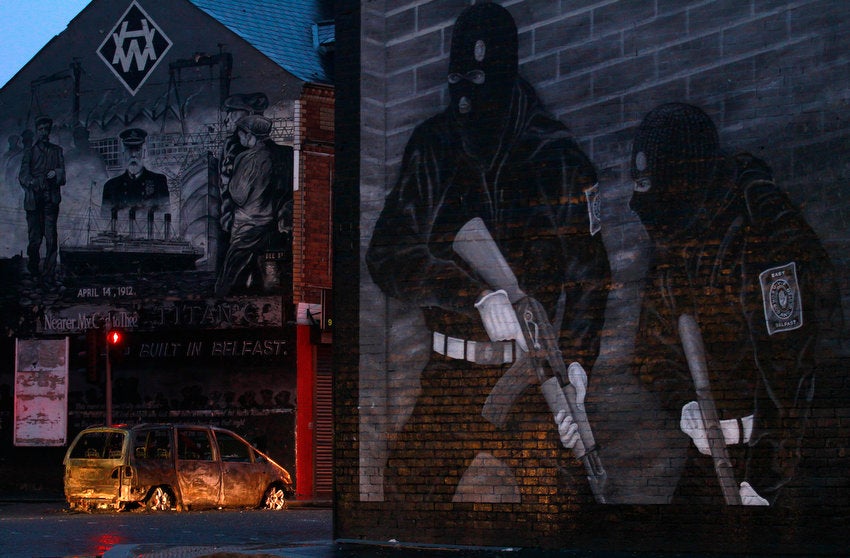 A burnt out car blocks Dee Street in east Belfast

A burnt out car blocks Dee Street in east Belfast, Northern Ireland. Violence stemming from Loyalist protests over the removal of the British flag over Belfast City Hall, is among the worst since 1998. Cathal McNaughton is an Irish-based photographer working for Reuters. Before working with Reuters he started his career with the Irish News in Belfast. See more of his work on his site. 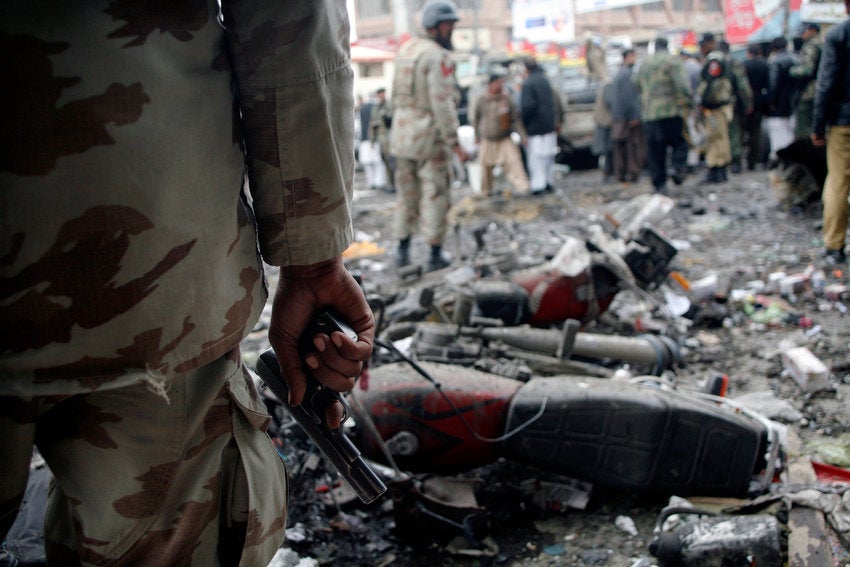 A paramilitary soldier stands guard at the scene of a bomb explosion in Quetta, Pakistan. The bomb exploded in a crowded market, killing 11 and injuring 40. A local militant group claimed responsibility. Naseer Ahmed is a Pakistan-based photojournalist shooting for Reuters. 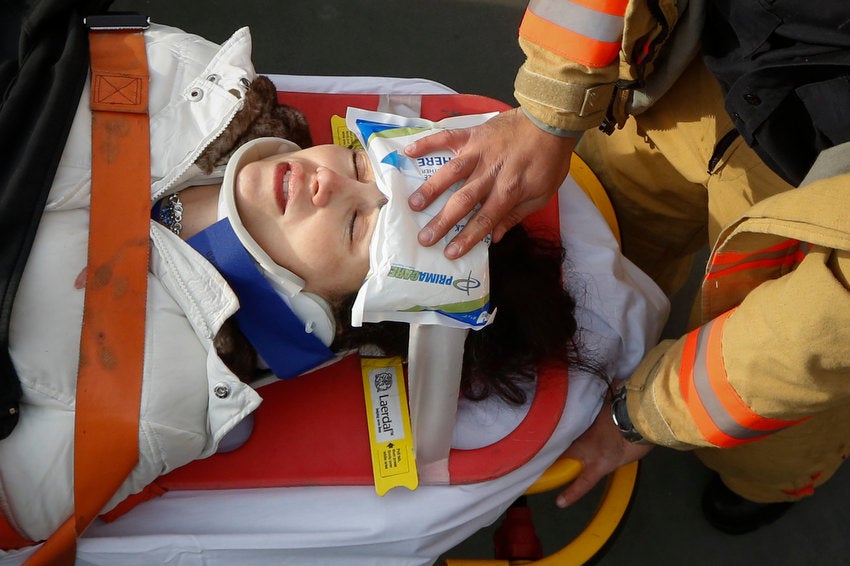 A victim of a commuter ferry crash is cared for by an FDNY EMT on the scene in New York, January 9, 2013. At least two of the people injured in a Wednesday morning commuter ferry accident in New York are in critical condition, and nine others are in serious condition, a city official said. The accident occurred at 8:43 a.m as the high-speed catamaran was docking in lower Manhattan.. Brendan McDermid is a New York City-based photojournalist shooting for Reuters. See more of his work here. 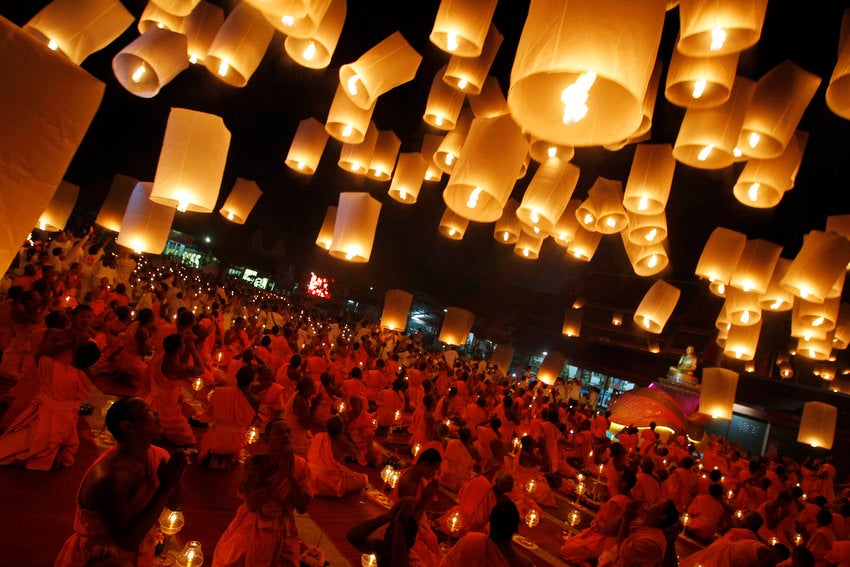 Buddhist monks release paper lanterns into the sky in Suphan Buri province, Thailand. The lanterns were released during a traditional pilgrimage to pay homage to Lord Buddha and bless Thailand as it enters the new year. Sukree Sukplang is a Reuters photographer based in Thailand. 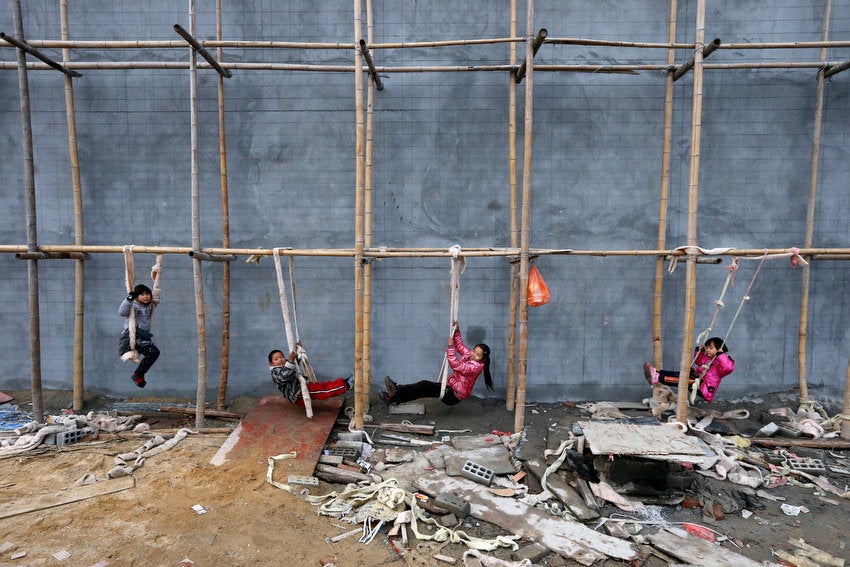 Children play on self-made swings on scaffolding at a construction site in Tongxiang, Zhejiang province, China. William Hong is a Reuters photojournalist working in the eastern portion of China. 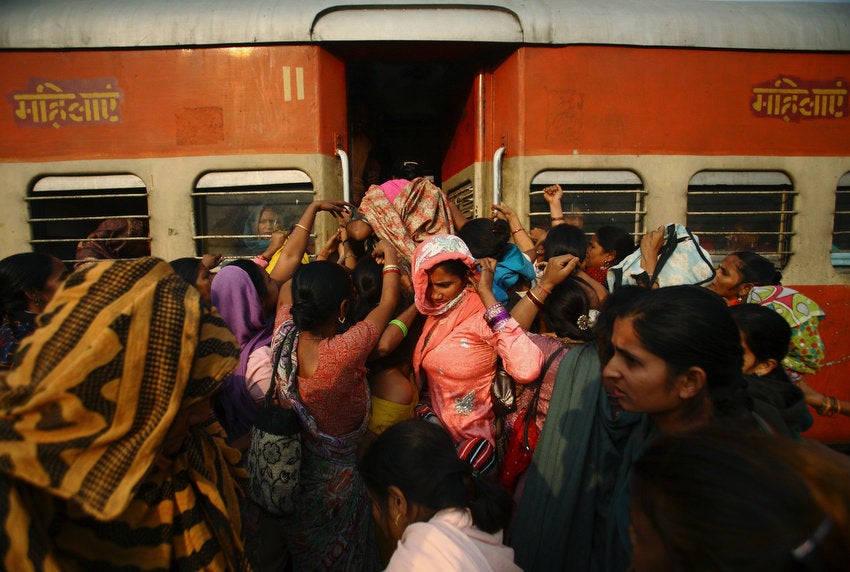 Women try to enter the ladies’ compartment of a crowded train heading towards Delhi at Noli Railway Station in Utter Pradesh, India. The role and treatment of women in society has recently become a hot political issue in the country, since the Dec. 16 gang rape of a 23-year-old student in New Delhi, who later died of her injuries. Navesh Chitrakar is a Reuters staffer based in Nepal. His work has appeared in our weekly roundup more than any other photographer. See more of his images here and here. 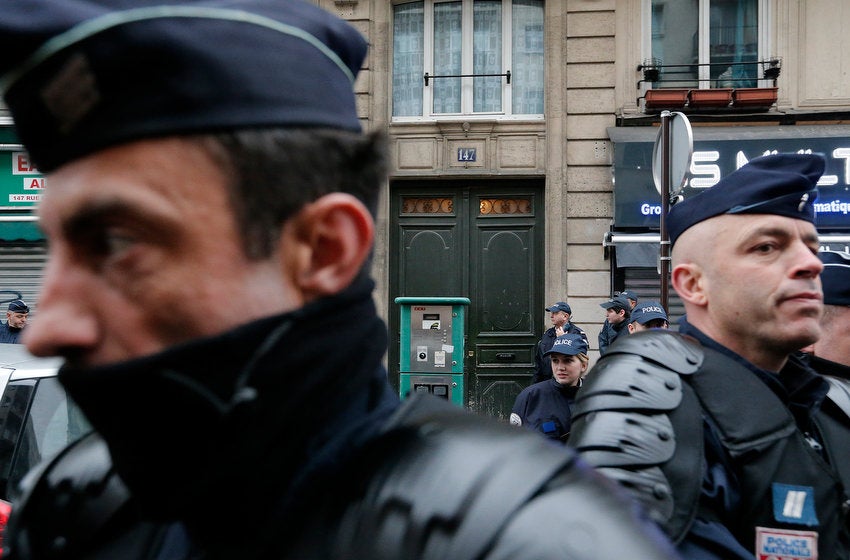 Riot police secure the entrance of the Information Centre of Kurdistan in Paris, France, after three female Kurdish members of the PKK rebel group were found shot dead on January 10, 2013. Christian Hartmann is a Reuters staffer based in central Europe. See more of his work here. 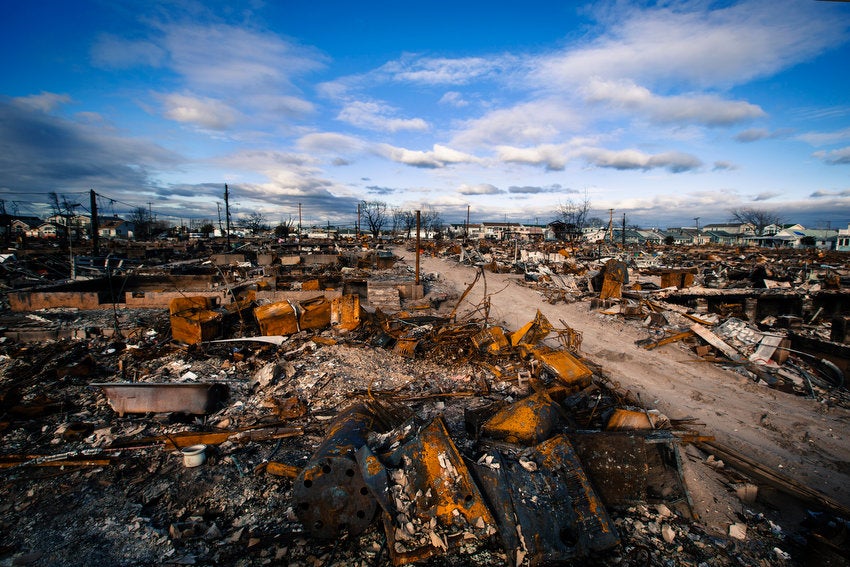 Clouds move over destroyed homes, almost two months after superstorm Sandy caused damage in the region of Breezy Point, Queens. Lucas Jackson is a New York City-based Reuters staffer who recently arrived back in the States after covering the conflict in Afghanistan. See more of his work in our previous roundups here and here.