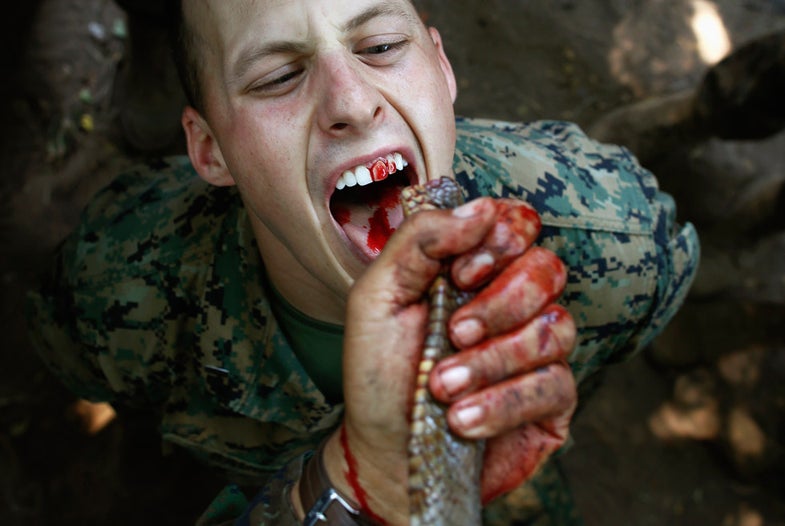 A U.S. Marine drinks the blood of a cobra during a jungle survival exercise with the Thai Navy as part of the "Cobra Gold 2013" joint military exercise, at a military base in Chon Buri province February 20, 2013. About 13,000 soldiers from seven countries, Thailand, U.S., Singapore, Indonesia, Japan, South Korea and Malaysia are participating in the 11-day military exercise. REUTERS/Damir Sagolj (THAILAND - Tags: POLITICS MILITARY SOCIETY) - RTR3E0KV. © Damir Sagolj / Reuters
SHARE 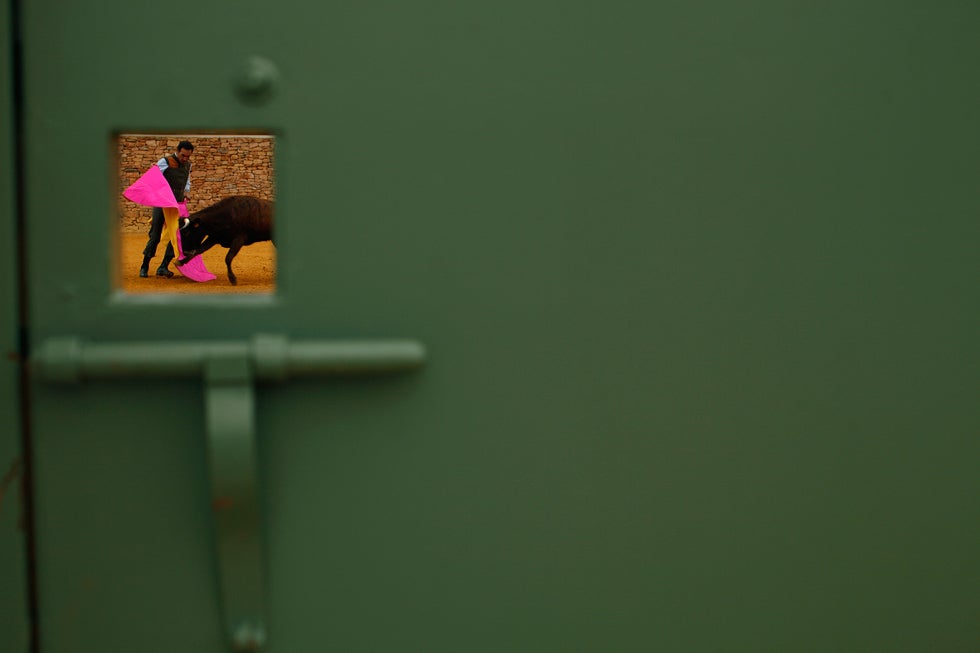 Spanish bullfighter Manuel Jesus “El Cid” is seen through a small windo as he performs a pass to a heifer during a “tentadero” (a small bullfight to check the bravery of calves and heifers). Jon Nazca is a Reuters staffer based in Spain, see more of his work here. 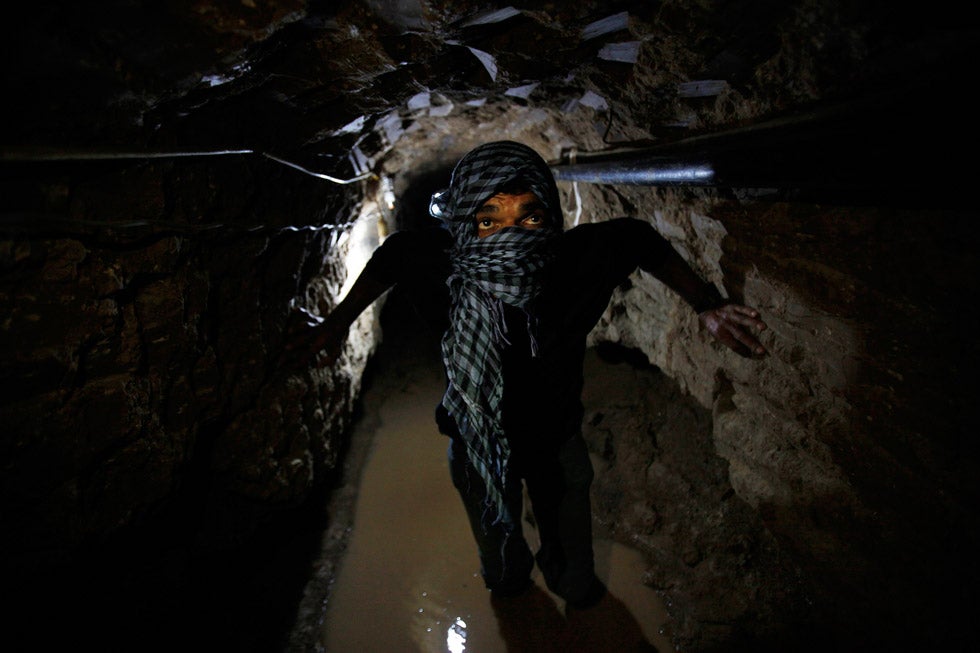 A Palestinian works inside a smuggling tunnel flooded by Egyptian forces, beneath the Egyptian-Gaza border in Rafah. Egypt has been steadily trying to stop the two-way smuggling of arms across its borders, by destroying tunnels like these. Ibraheem Abu Mustafa is a photojournalist based in Gaza, working for Reuters. 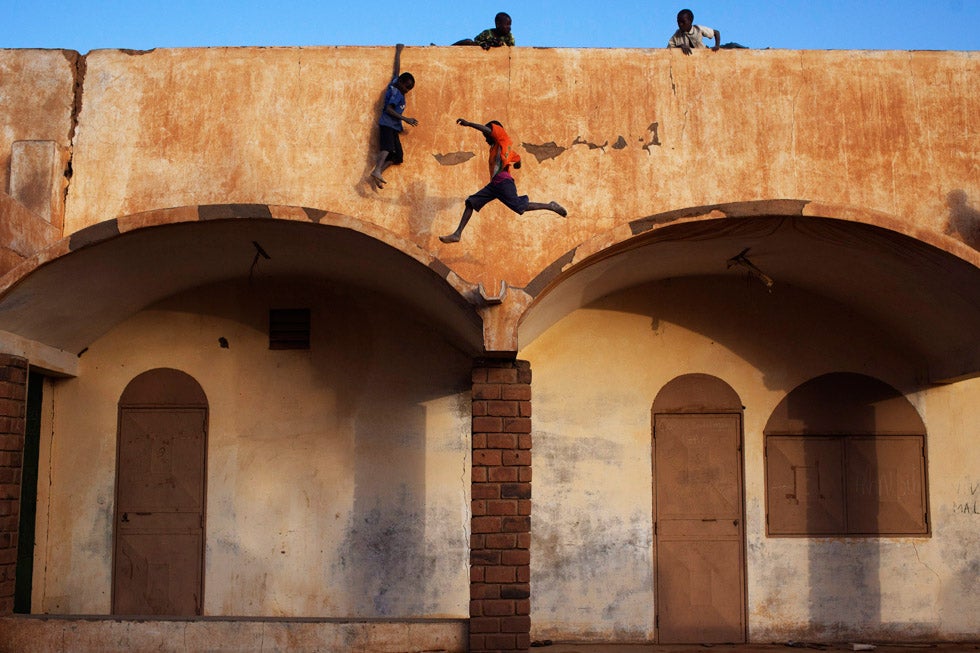 Boys play on the roof of the entrance to a football stadium in Gao, Mali. Joe Penney is a Reuters staffer based on Mali. See more of his work here. 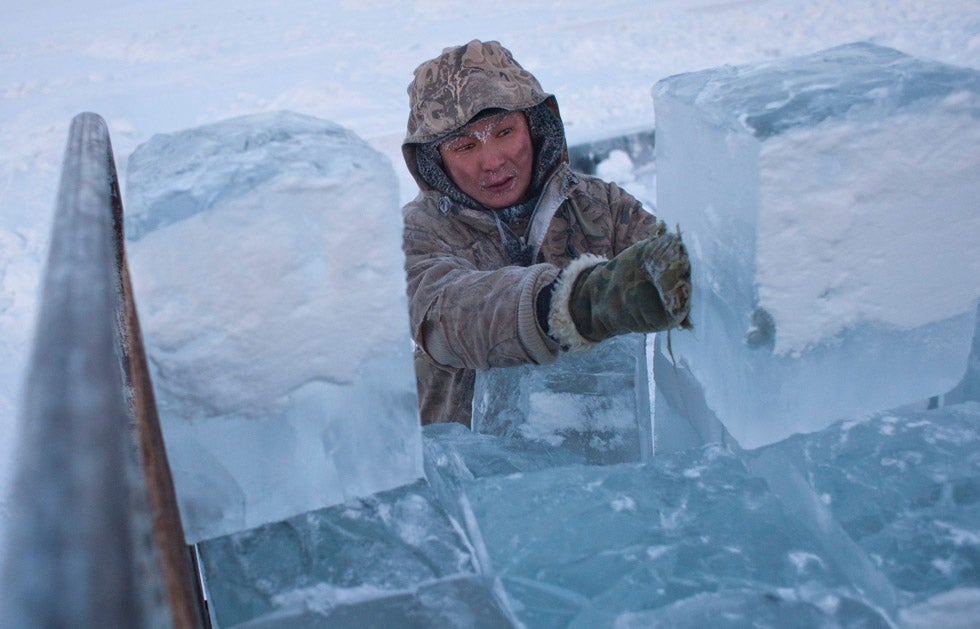 Ruslan, 35, loads blocks of ice onto a truck outside Yakutsk

Ruslan, 35, loads blocks of ice onto a truck outside Yakutsk in the Republic of Sakha, northeast Russia. The coldest temperatures in the northern hemisphere have been recorded in Sakha, the location of the Oymyakon valley, where according to the United Kingdom Met Office, a temperature of -90 degrees Fahrenheit was registered in 1933. Maxim Shemetov is a Reuters staffer based in Russia. See more of his work in our past round-ups here. 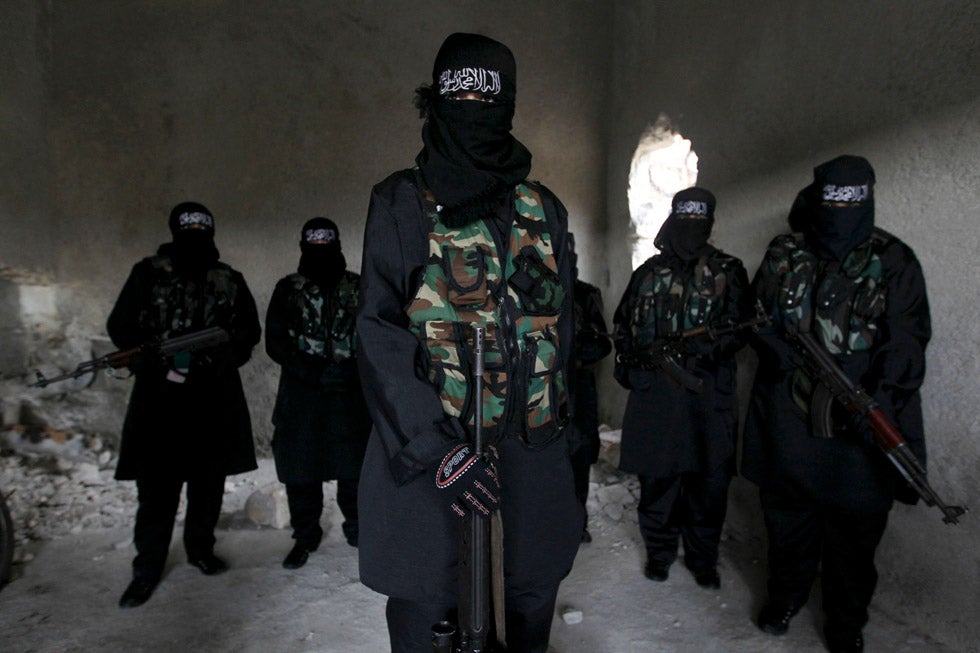 Women, who are part of the Sawt al-Haq (Voice of Rights), stand with their weapons as they undergo military training in Aleppo

Women, who are part of the Sawt al-Haq (Voice of Rights), stand with their weapons as they undergo military training in Aleppo, Syria. Muzaffar Salman is a freelance photojournalist working for Reuters in Syria. See more of his work here. 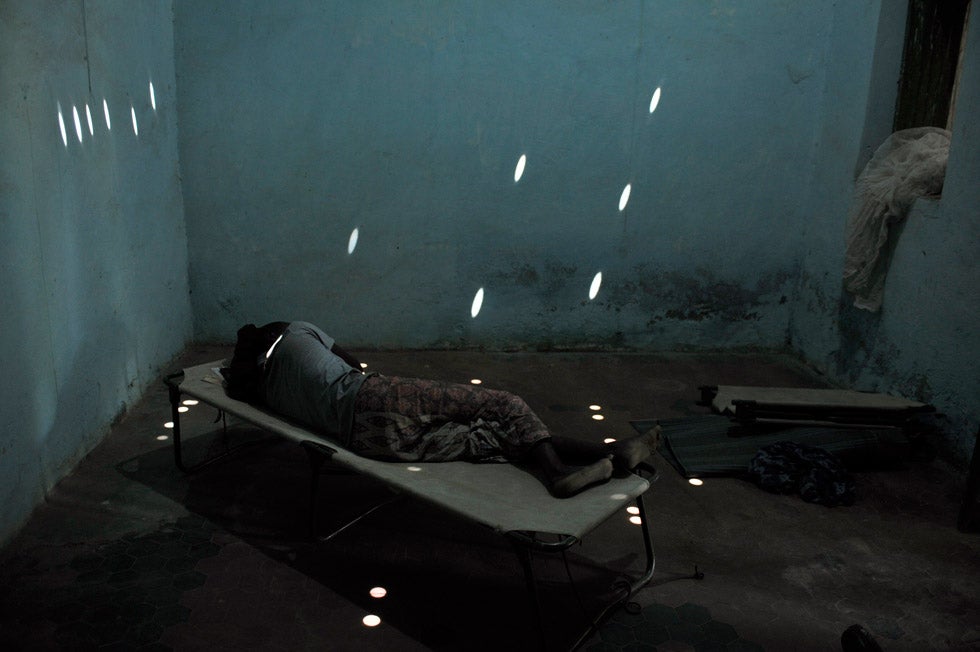 A soldier from the Somali National Army (SNA) lies on a bed at an SNA infirmary in Belet Weyne, Somalia. Tobin Jones is a freelance photographer based in Eastern Africa. A 2009 graduate of McGill Univeristy, Tobin works in and around Kenya. See more of his work here. 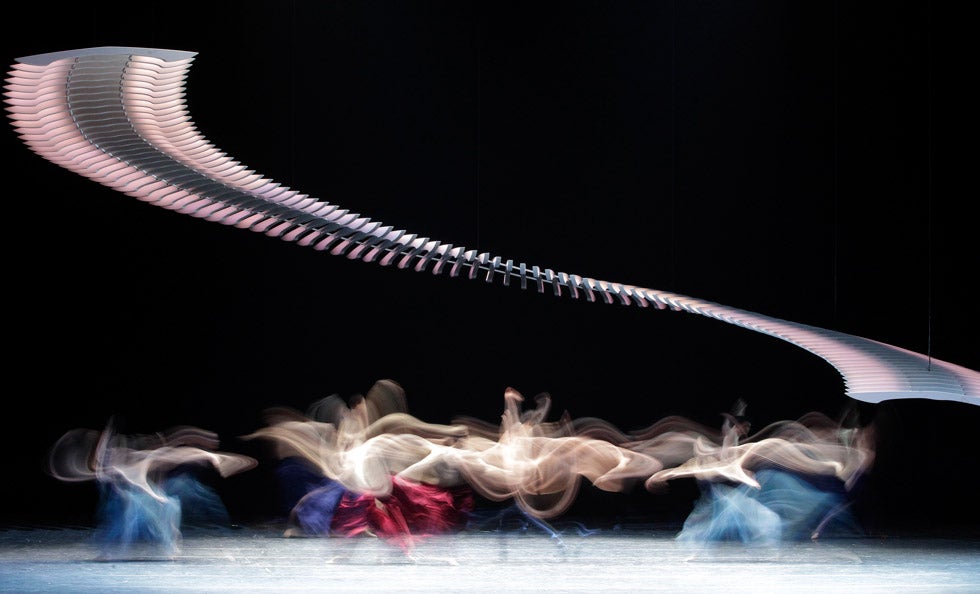 Members of the Vienna State Opera Ballet perform on stage during the choreography “Windspiele” by Patrick de Bana in Vienna, Austria. Herwig Prammer is a Reuters photographer based in Austria. See more work here. 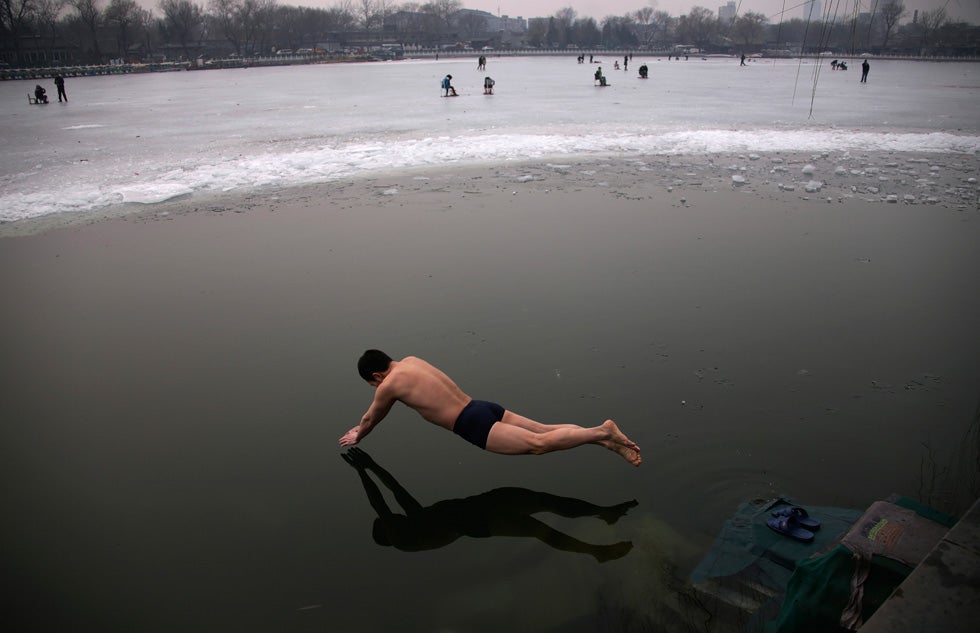 A swimmer dives into the icy water of the Houhai Lake in central Beijing, China. Petar Kujundzic has been shooting for Reuters since 1988. He is currently Chief Photographer for Greater China. See more of his incredible work on the Reuters blog.

A spectator holding an umbrella takes photographs during the two-men bobsleigh test event at the “Sanki” sliding center in Rosa Khutor, Russia, a venue for the Sochi 2014 Winter Olympics. Kai Pfaffenbach is a Germany-born photojournalist, who began working for Reuters in 1996, before coming on fulltime in 2001. See more of his work on his Website. 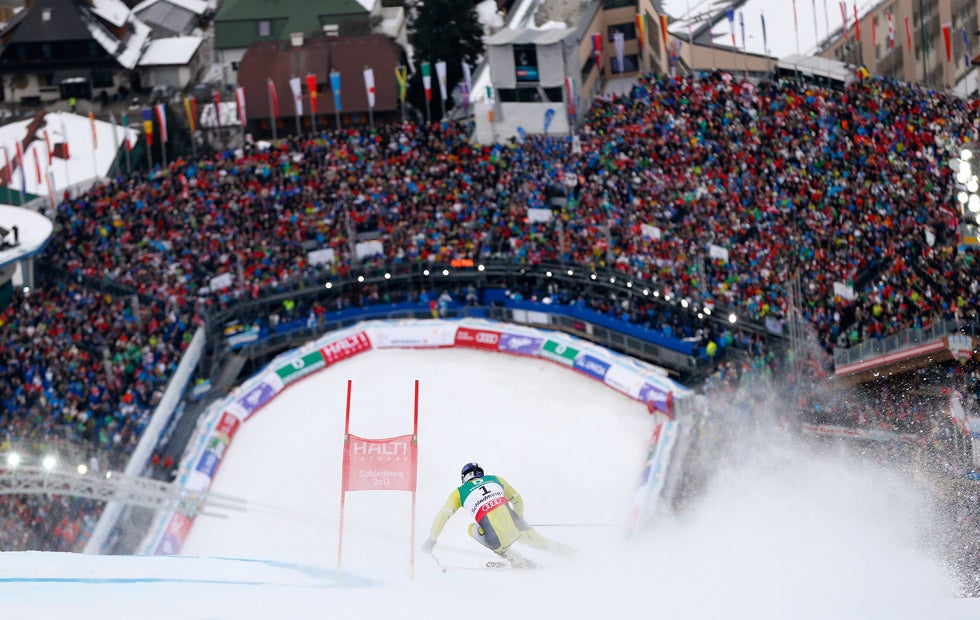