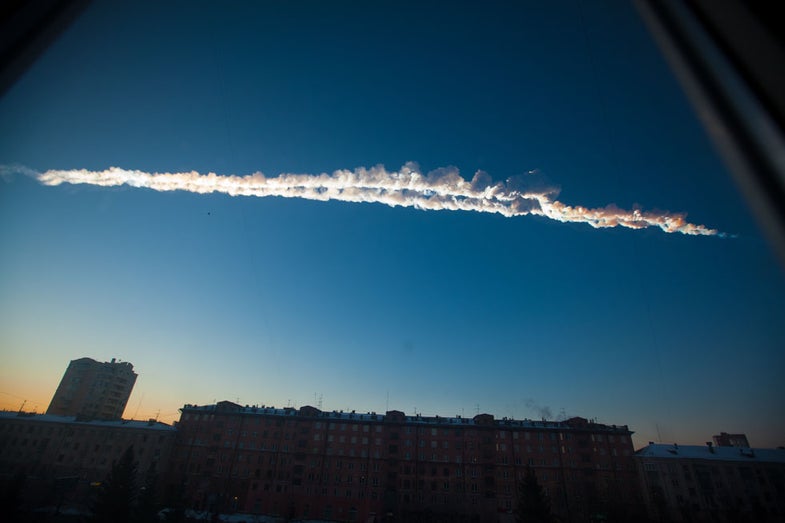 In this photo provided by Chelyabinsk.ru a meteorite contrail is seen over Chelyabinsk on Friday, Feb. 15, 2013. A meteor streaked across the sky of Russia’s Ural Mountains on Friday morning, causing sharp explosions and reportedly injuring around 100 people, including many hurt by broken glass. (AP Photo/Chelyabinsk.ru). Yekaterina Pustynnikova
SHARE 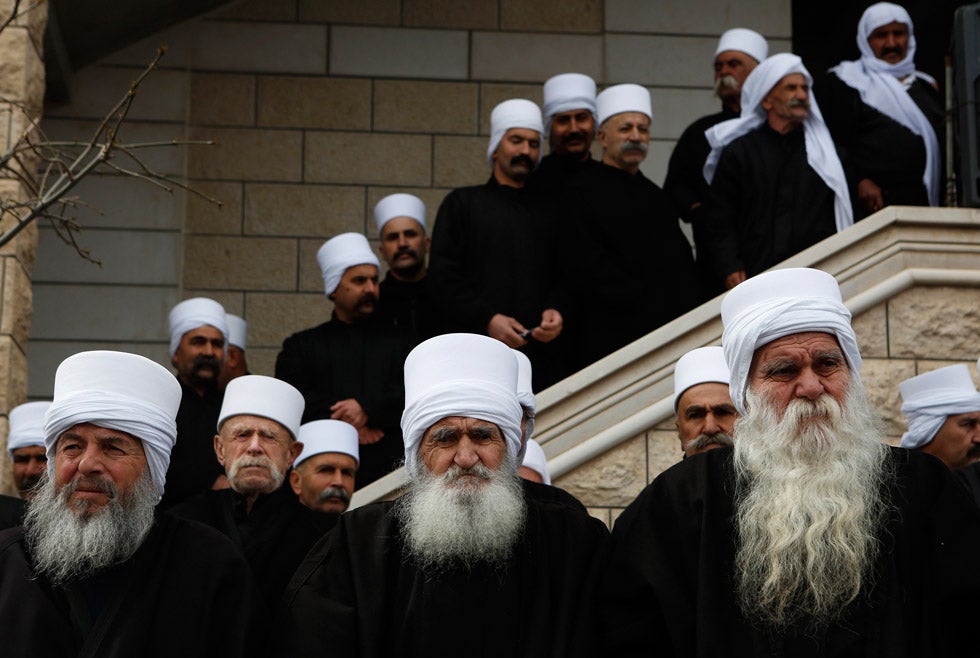 Members of the Druze community take part in a rally in the village of Majdal Shams, which stands at the heart of a long-standing conflict between Israel and Syria. Hundreds of community members participated in the event, marking the 32nd anniversary of Israel’s annexation of the strategic plateau, which it captured in the 1967 Middle East War. Baz Ratner is a veteran conflict photographer and staffer for Reuters. He was a Pulitzer Prize finalist in 2006 for his work covering the military conflict in Lebanon. You can see more of his work on his personal site. 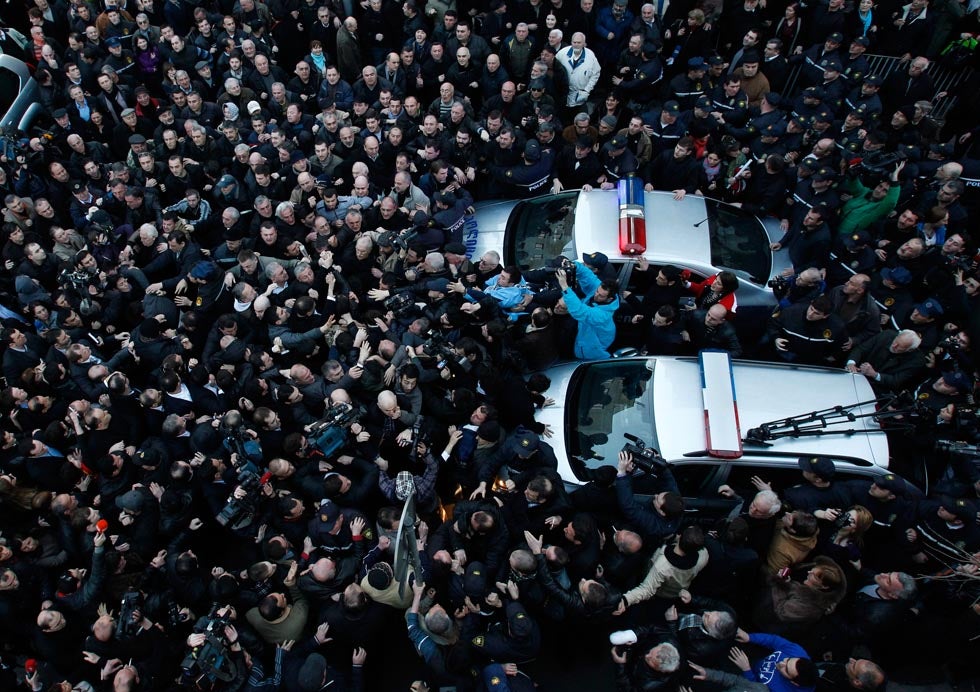 Protestors scuffle outside the National Library in the Georgia capital Tbilisi

Hundreds of protesters gathered in Tbilisi, the capital of Georgia on Friday, to block President Mikheil Saakashvili from entering the National Library, where he was set to deliver his final annual address to the nation. David Mdzinarishvili is a Reuters photographer based ion Georgia. See more of his work on the Reuters blog. 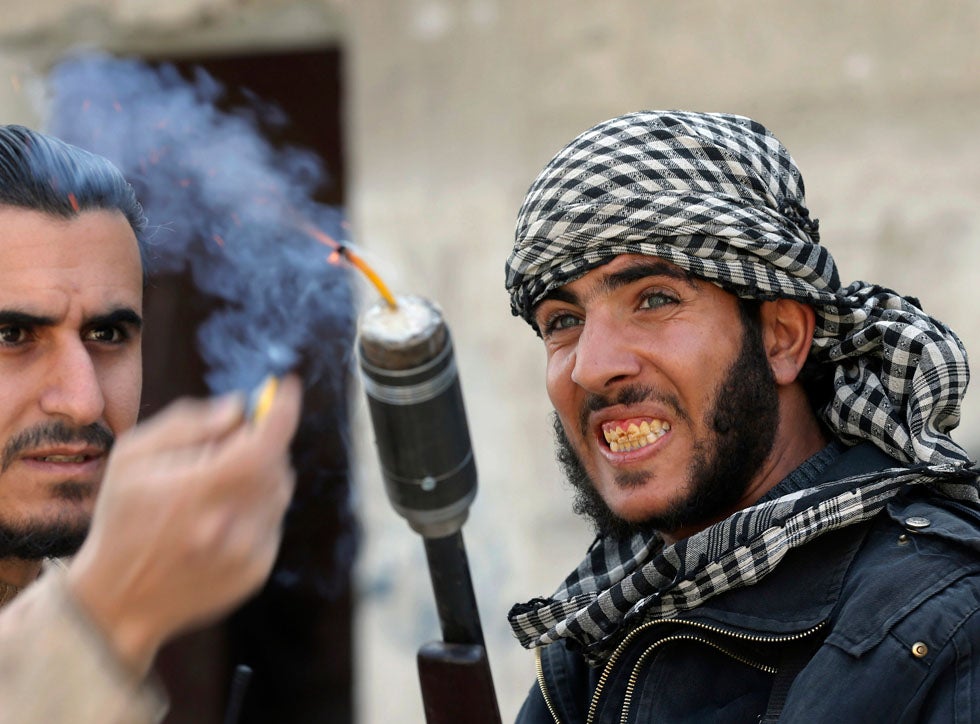 Fighters from the Free Syrian Army’s Tahrir al Sham brigade use a shotgun to fire an improvised grenade at Syrian Army soldiers in the Arabeen neighborhood of Damascus. Goran Tomasevic is a Reuters staffer who predominantly covers wars and conflicts. We’ve recently made a point of including at least one of his images from the frontlines, in our weekly round-ups. Check out some of our favorites here and here. 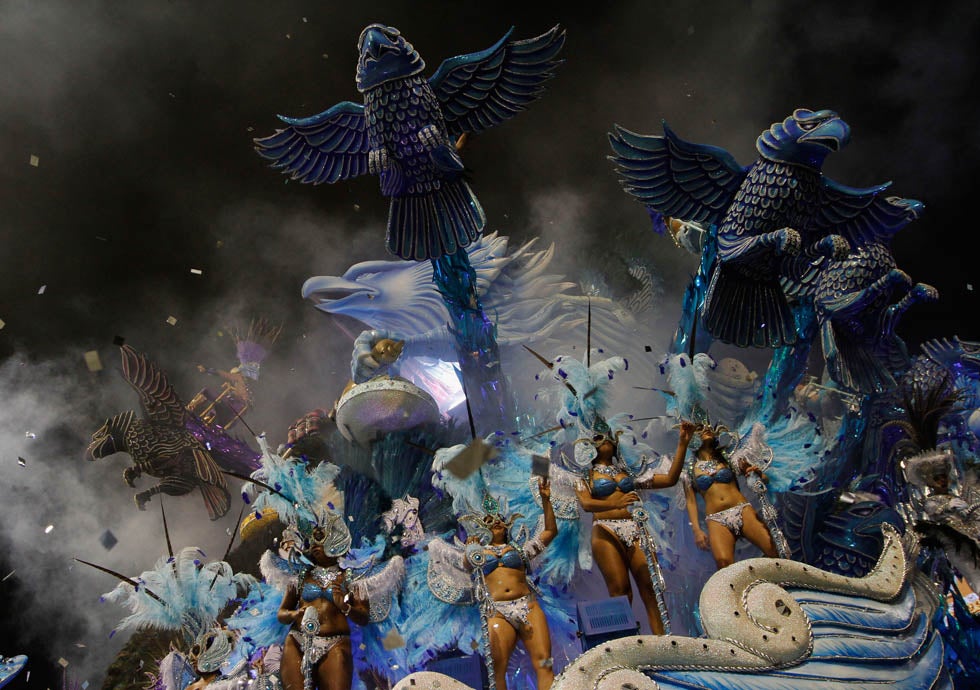 Revellers from the Nene de Vila Matilde Samba School take part in a carnival at Anhembi Sambadrome in Sao Paulo, Brazil. Nacho Doce is a Reuters staffer based in Brazil. See more of his work on the Reuters blog. 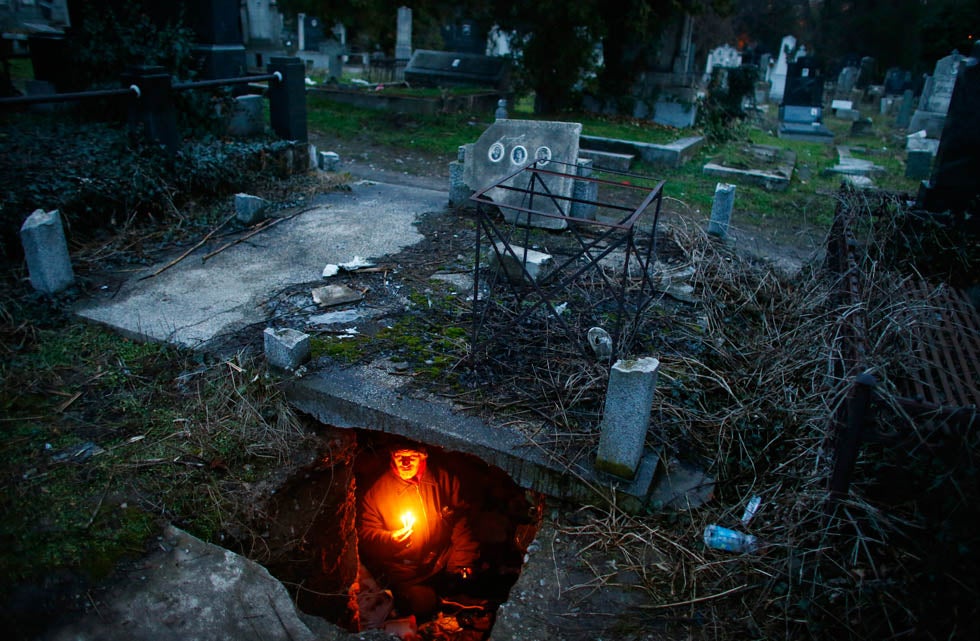 Bratislav Stojanovic, a homeless man, hold candles as he sits in a tomb where he lives in southern Serbian town of Nis

Bratislav Stojanovic, a homeless man, holds candles as he sits in a tomb where he lives in southern Serbian town of Nis. Stojanovic, 43, a Nis-born construction worker never had a regular job. He first lived in abandoned houses, but about 15 years ago he settled in the old city cemetery. Marko Djurica is a Reuters staffer covering general and breaking news in Serbia. See more of his work here. 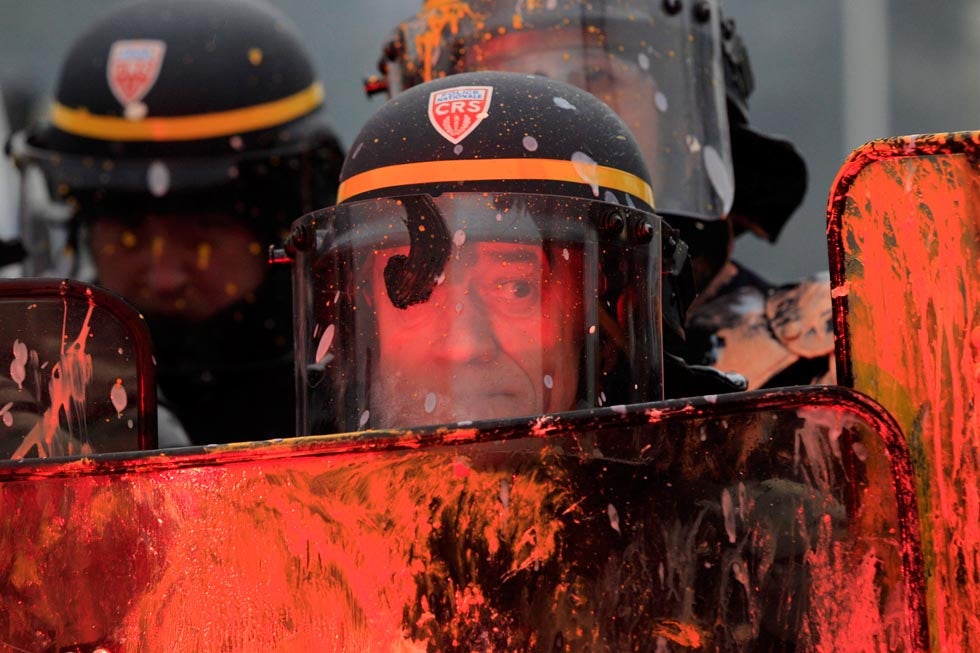 French CRS riot police are covered with paint during clashes with demonstrators in front of the Goodyear Dunlop French headquarters in Rueil Malmaison. The tire-maker is planning on closing a major plant in northern France, which would put a total of 1,173 people out of work. Gonzalo Fuentes is a freelance photographer shooting for Reuters. See more of his work here. 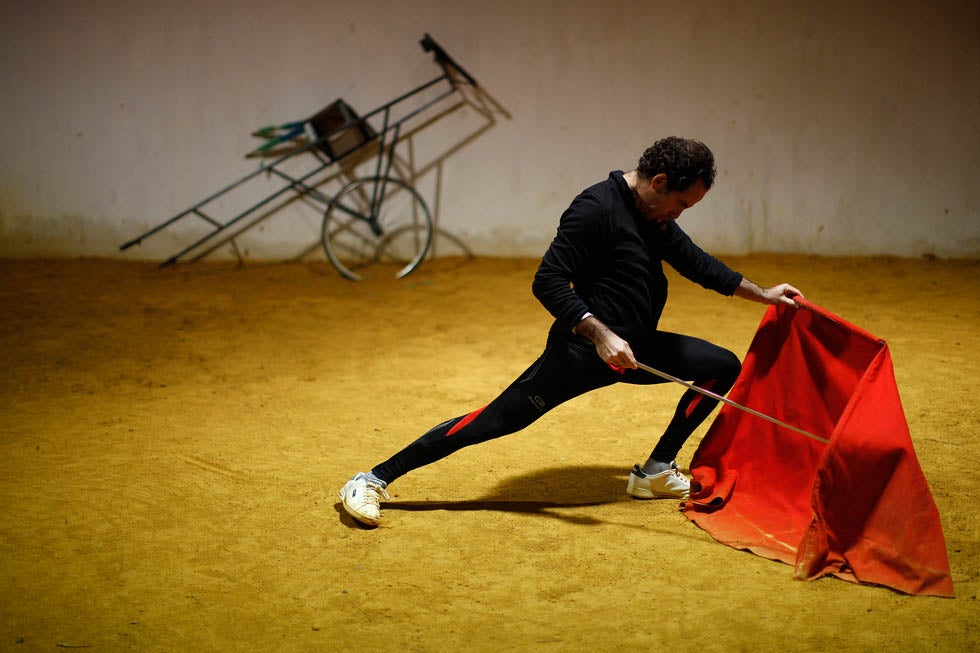 Spanish bullfighter Rafael Tejada performs a pass with a “muleta” (red cape) during a training session at Reservatauro Ronda cattle ranch in Ronda, Spain. Jon Nazca is a Reuters staffer based in Spain, see more of his work here. 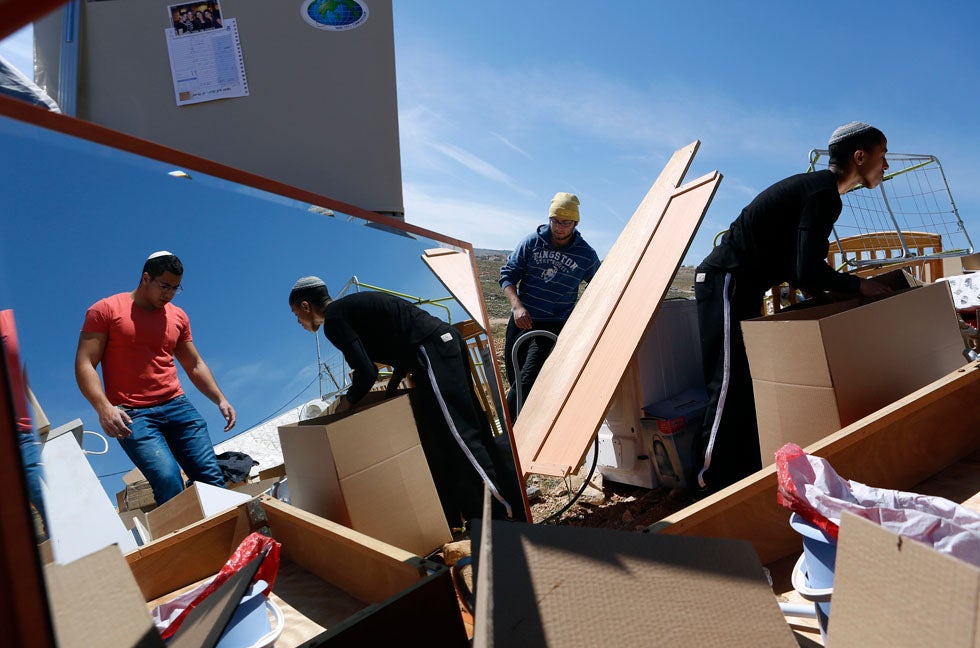 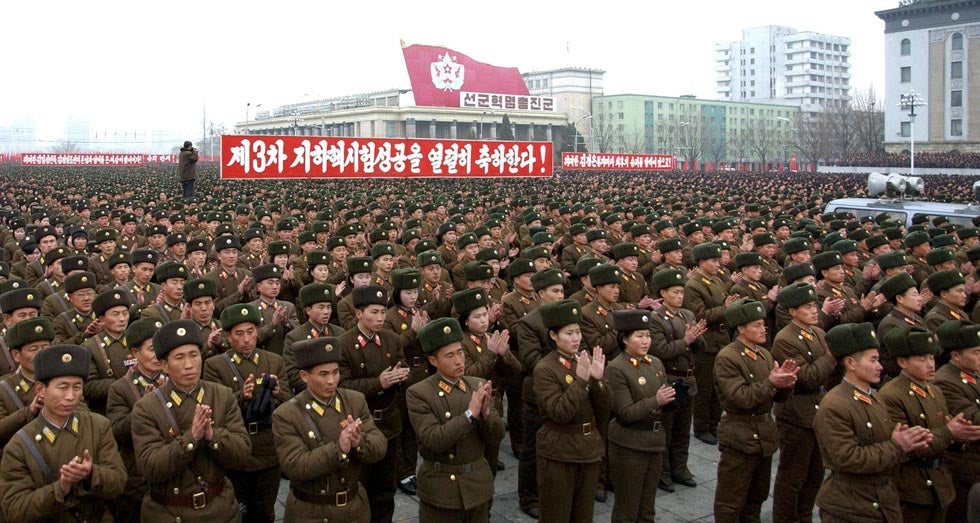 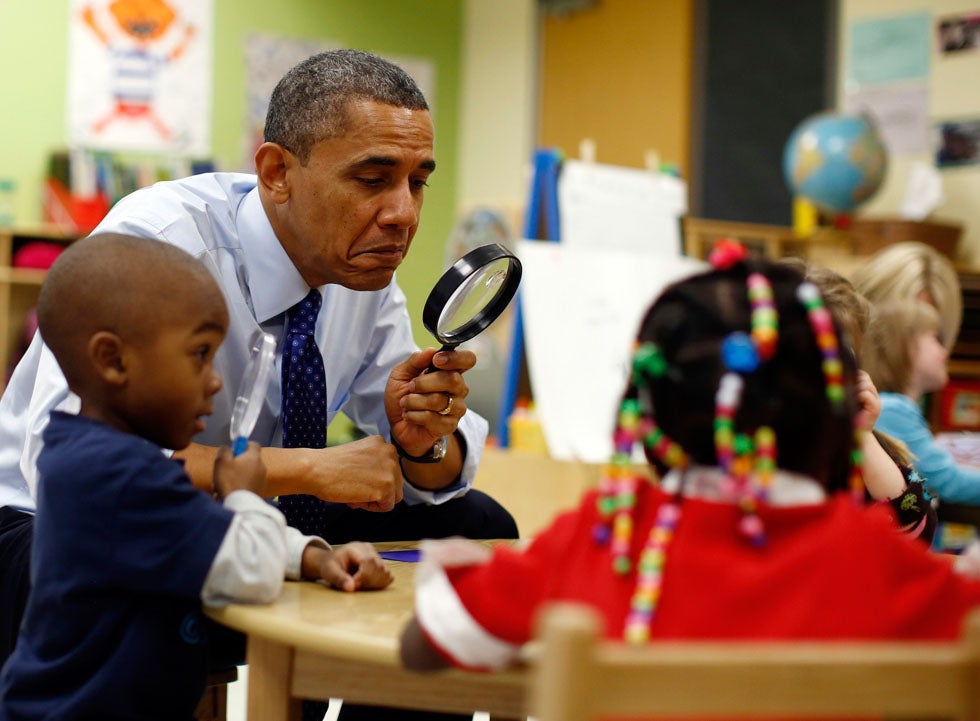