Photojournalism of the Week: February 1, 2013 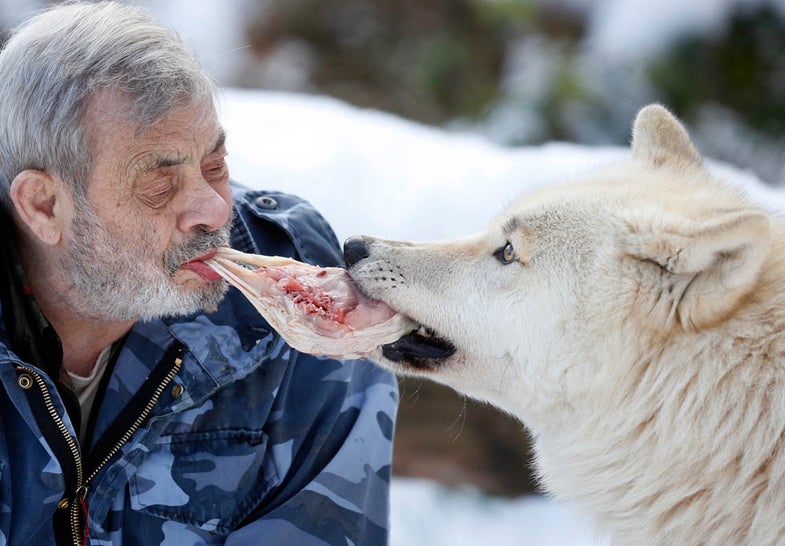 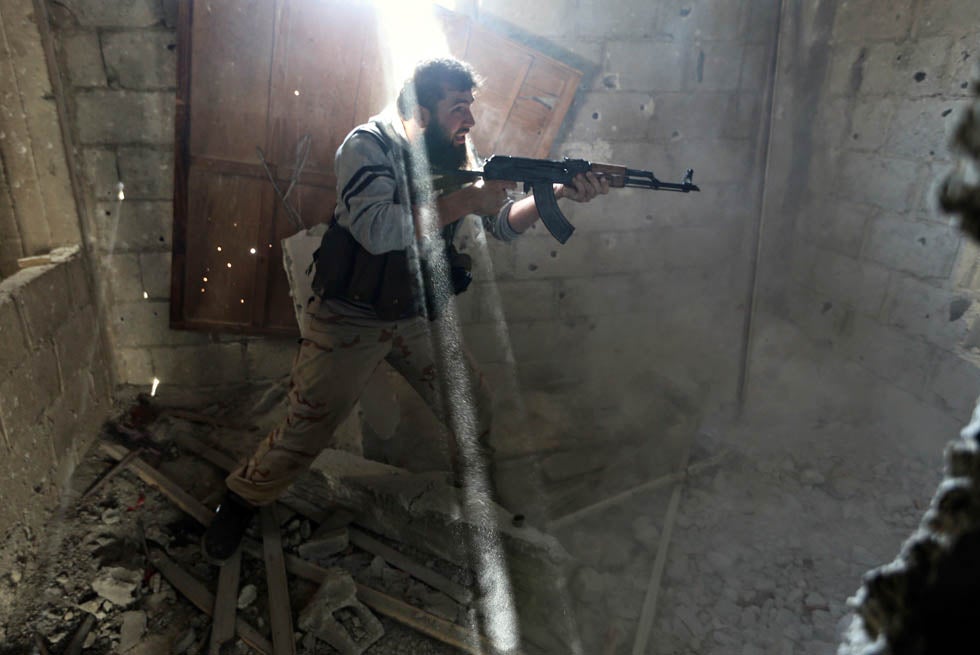 A fighter from the Free Syrian Army’s Tahrir al Sham brigade fires back at the Syrian army during heavy fighting in Mleha suburb of Damascus. Goran Tomasevic is a Reuters staffer who predominantly covers wars and conflicts. He has previously photographed in Libya, Syria, Egypt and Iraq. In 2003 and 2005 he was named Reuters’ Photographer of the Year. See more of his work here. 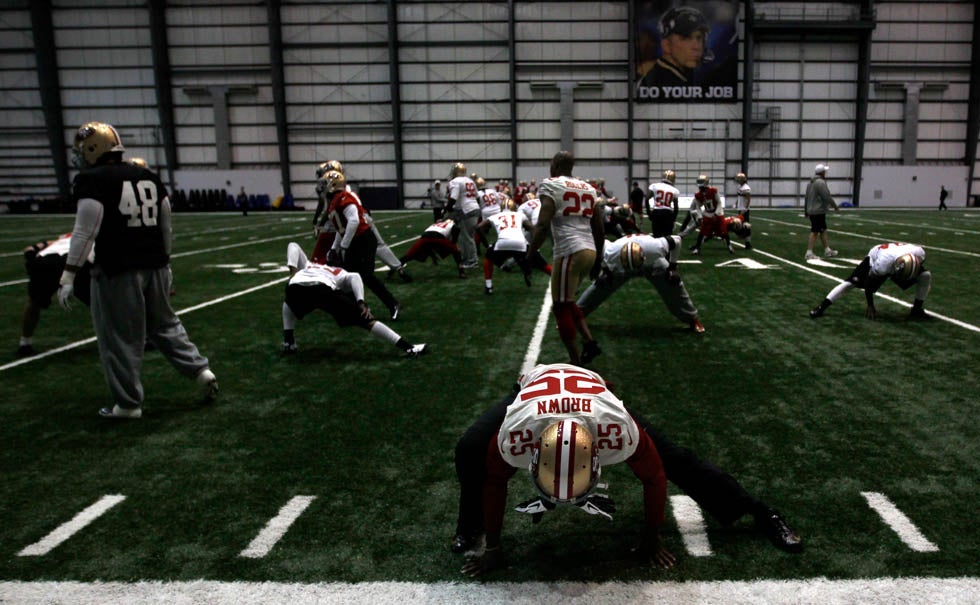 San Francisco 49ers cornerback Tarell Brown (25) stretches with the rest of his team before practice for the Super Bowl in New Orleans. Jeff Haynes is a sports and general news photographer for Reuters. 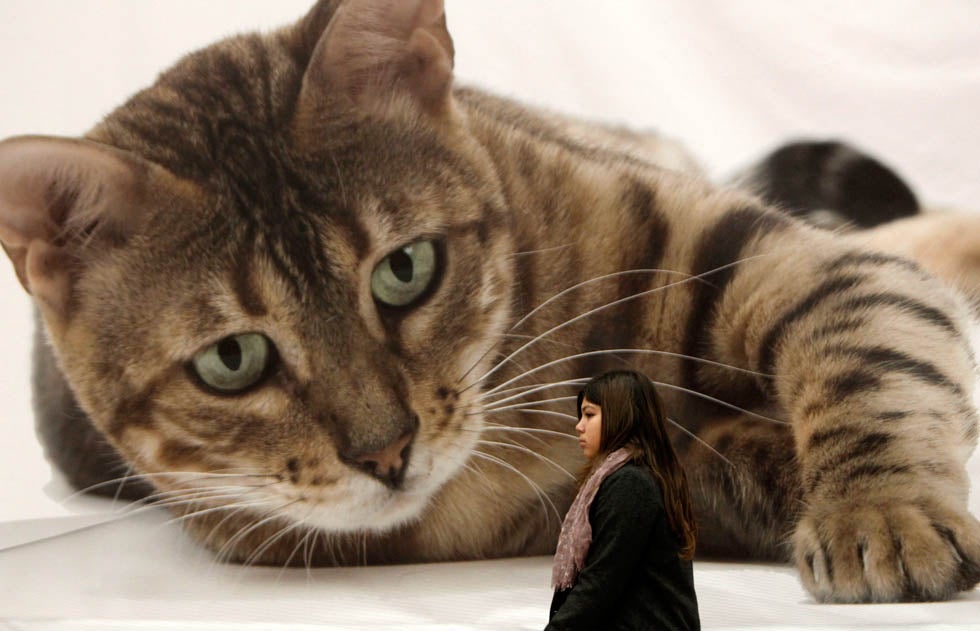 A girl walks past a poster featuring a cat during the Athens 21st International Cat Show in Athens, Greece. John Kolesidis is a photojournalist based in Athens, Greece, shooting for the likes of Reuters and Corbis. See more of his work here. 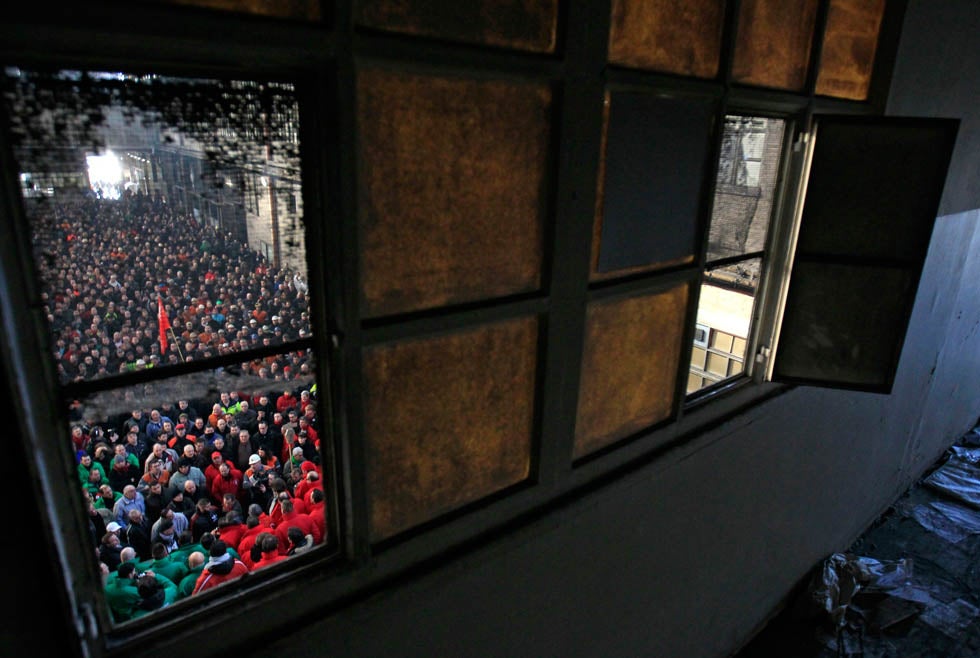 Workers from the Arcelor Mittal steel company gather for a general assembly meeting in Liege, Belgium. The company is facing 1,300 layoffs due to the closing of several plants. Yves Herman is a Reuters staffer currently based in Belgium. Check out more of his work here. 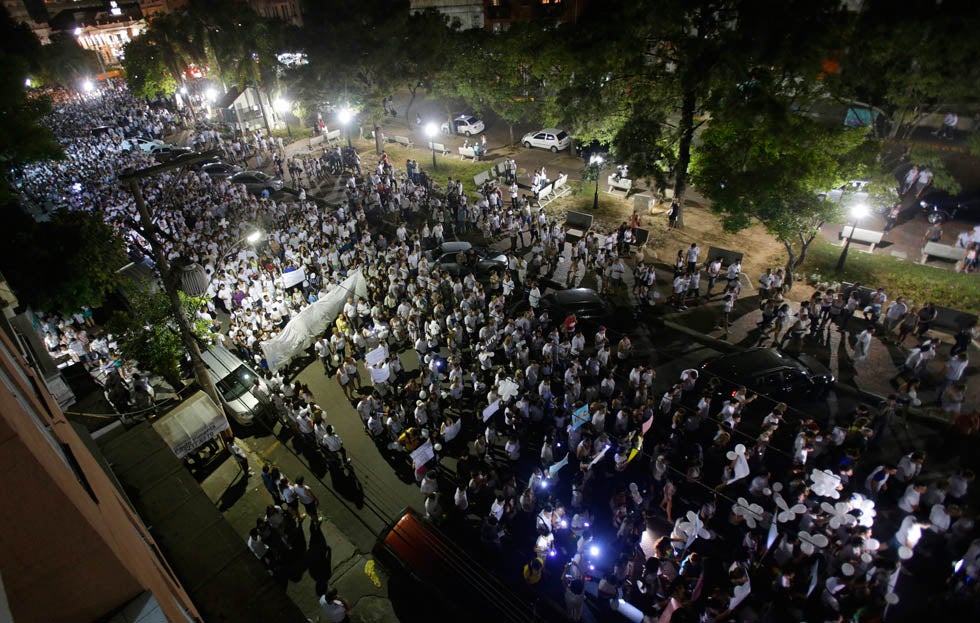 People march in tribute to the victims of the Kiss nightclub fire in the southern city of Santa Maria, Brazil. Ricardo Moraes is a full-time stringer working for Reuters in Rio de Janeiro. He started he career in photography at the age of 14 as a studio assistant. See more of his work here. 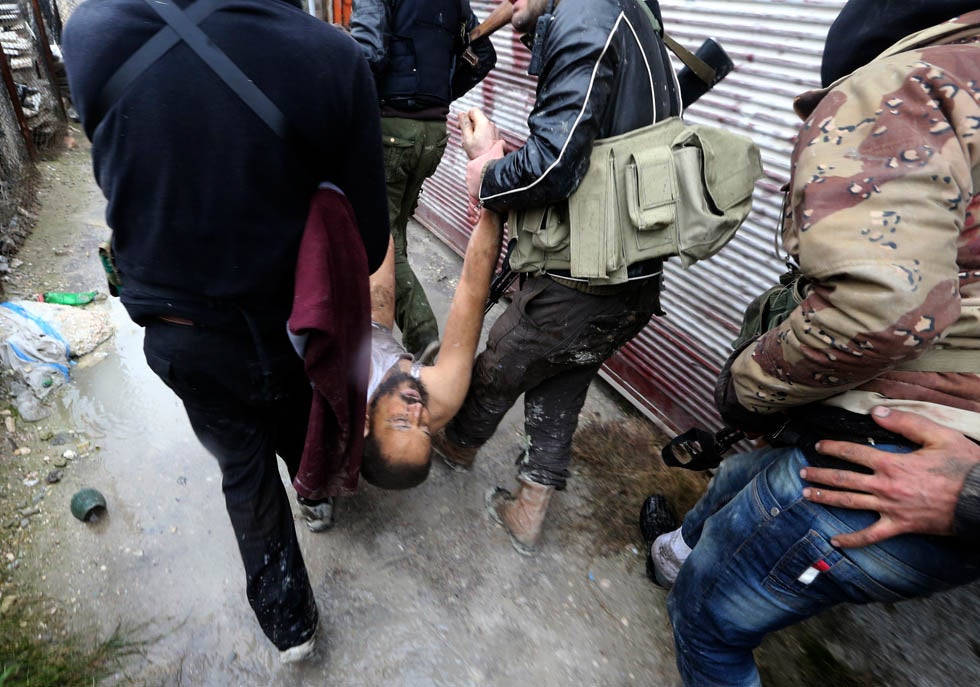 Free Syrian Army fighters carry a comrade who was shot by sniper fire during heavy fighting in the Ain Tarma neighbourhood of Damascus. Goran Tomasevic is a Reuters staffer who predominantly covers wars and conflicts. See more of his work from last week’s round up here. 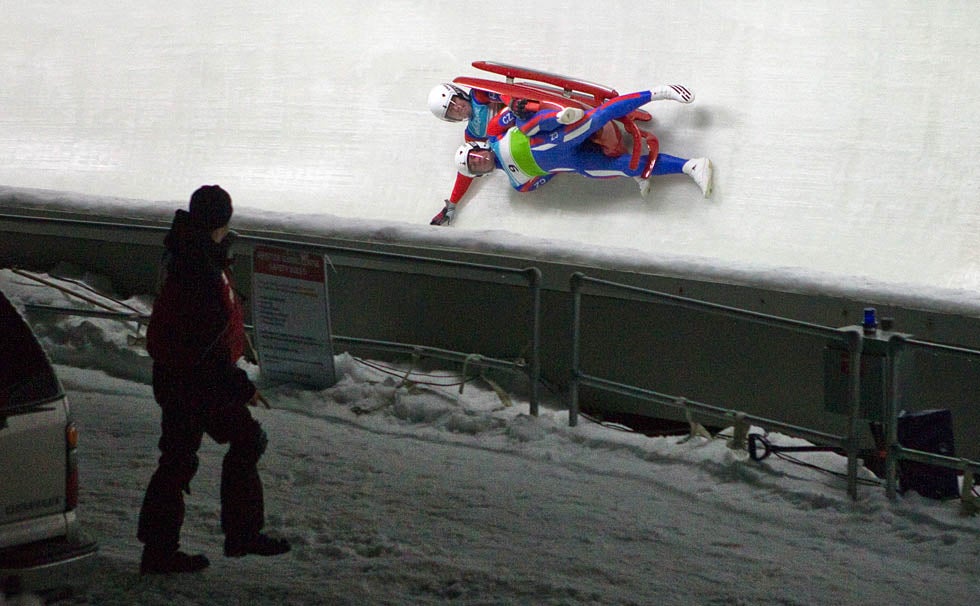 Czech Republic’s Matej Kvicala (R) and Jaromir Kudera fall off their sled during training for the Luge World Championship in Whistler, British Columbia. Andy Clark is a freelance photographer based in British Columbia, shooting for Reuters. See more of his work from past round-ups here. 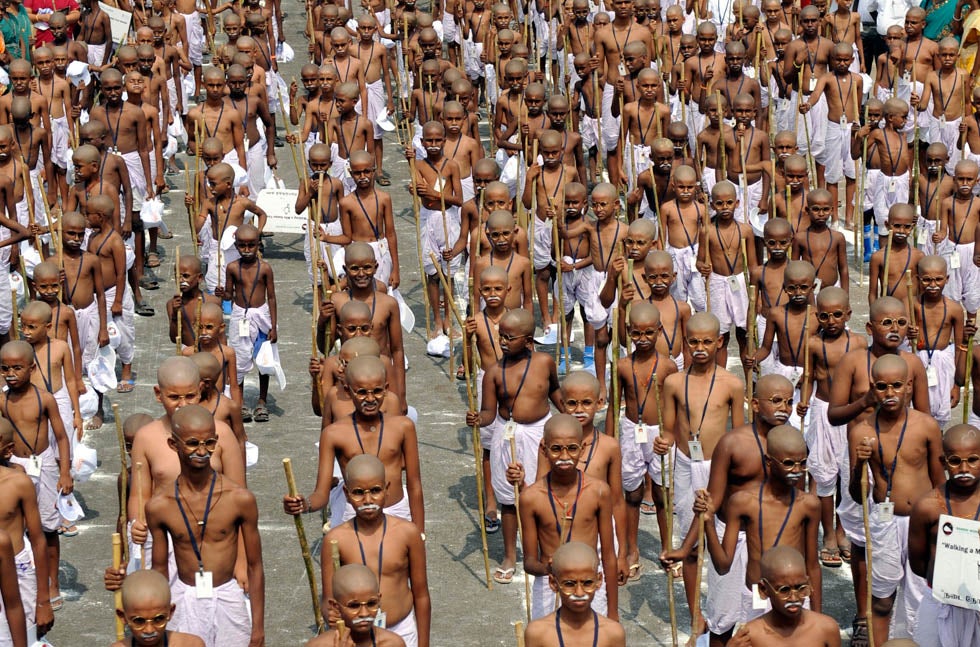 School children dressed as Mahatma Gandhi assemble to mark his anniversary in the southern Indian city of Chennai. Babu Babu is a Reuters phographer based in Chennai. See more of his work here. 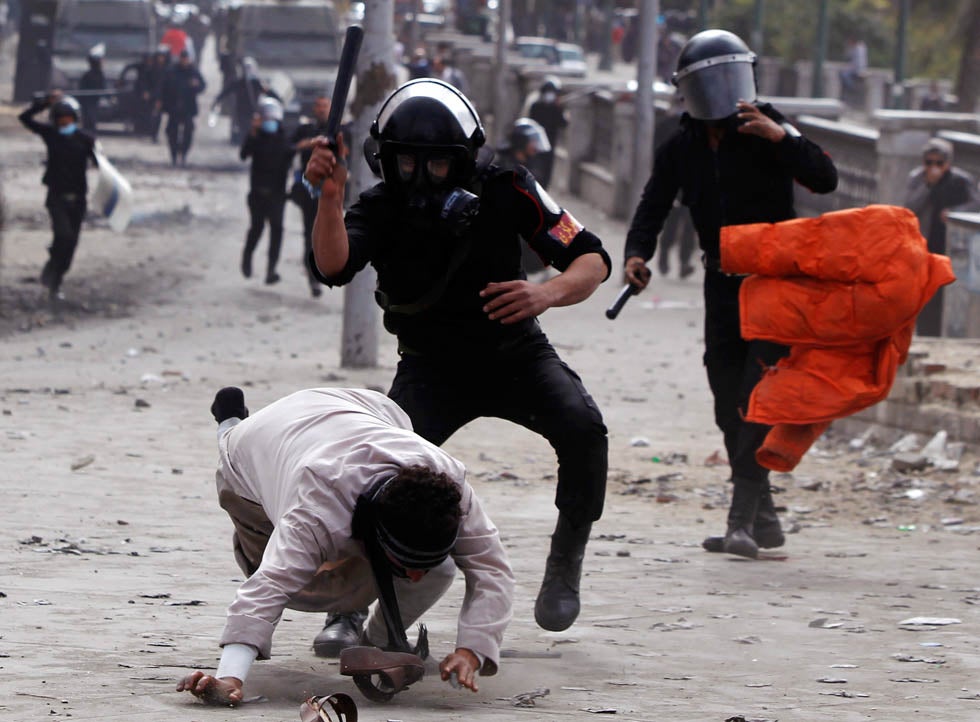 Riot policemen beat a protester opposing Egyptian President Mohamed Mursi, during clashes along Qasr Al Nil bridge, which leads to Tahrir Square in Cairo. Amr Dalsh is a Reuters staffer based in Cairo, Egypt, who has been with the organization since 2006. See more of his work here.