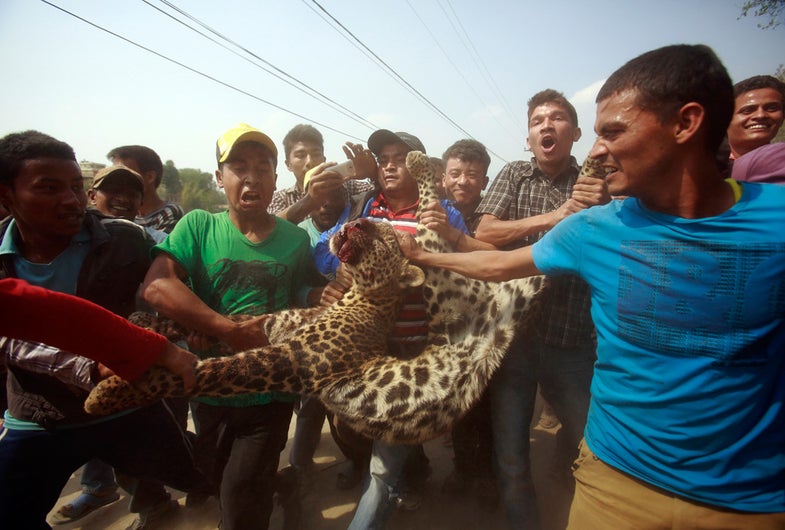 ATTENTION EDITORS - VISUAL COVERAGE OF SCENES OF INJURY OR DEATH Locals carry a dead leopard which was killed after wandering into the town in Kathmandu April 10, 2013. The leopard attacked and injured 15 people including 3 policemen before it was killed, according to local media. REUTERS/Navesh Chitrakar (NEPAL - Tags: SOCIETY ANIMALS) TEMPLATE OUT - RTXYG0V. © Navesh Chitrakar / Reuters
SHARE 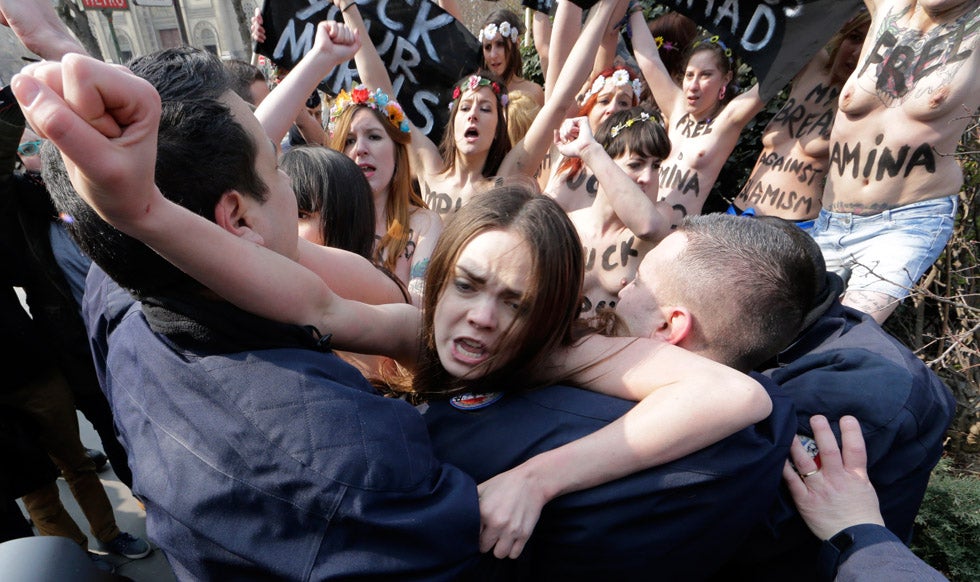 Activists from the women’s rights group Femen struggle with police officers during a protest in Paris. The protest was organized in support of a Tunisian activist who received threats after she posted topless pictures on the Internet, organizers said. Jacky Naegelen is a French-based photographer. See more of her work here. 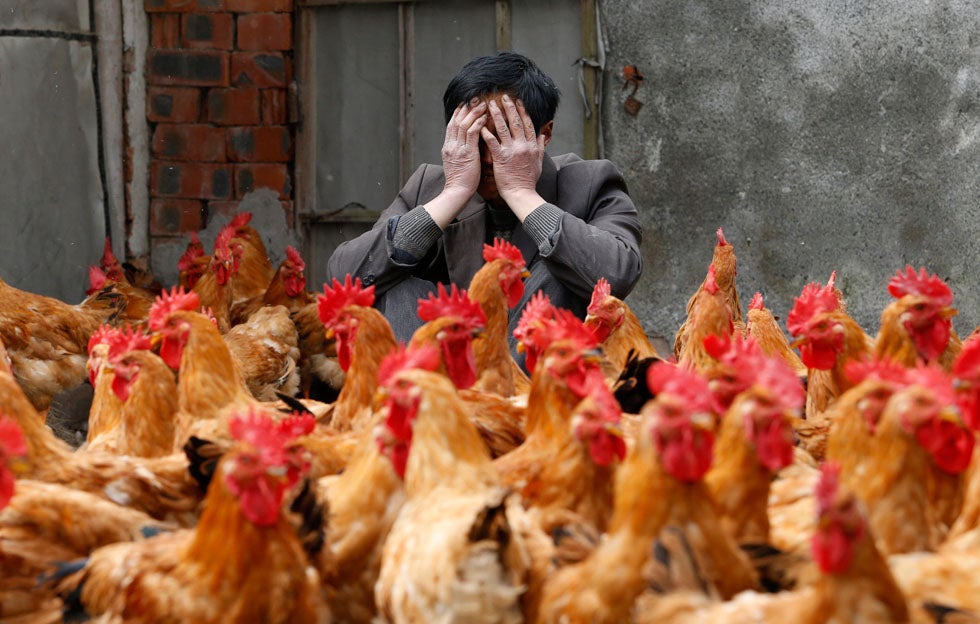 A breeder covers his face as he sits behind his chickens, which according to the breeder are not infected with the H7N9 virus, in Yuxin township

A breeder in Eastern China covers his face as he sits behind his chickens, which according to him, have not infected with the H7N9 virus. However, chicken farmers in Yuxin China are facing tough times as an H7N9 virus outbreak in the region is causing chicken sales to fall. So far, the outbreak has infected 33 people and killed 9. William Hong is a Reuters photojournalist working in the eastern portion of China. See more of his work here. 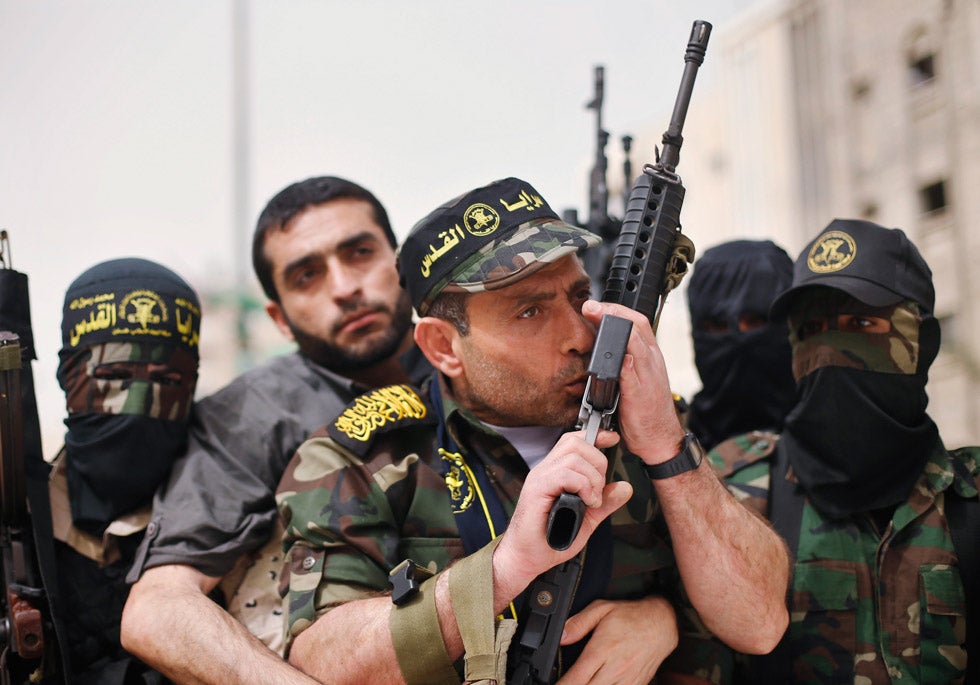 Freed Palestinian prisoner Ibrahim Baroud kisses a gun as enters the northern Gaza Strip surrounded by Islamic Jihad militants. He had spent 27 years in Israeli jail. Mohammed Salem is a Reuters photographer based in Palestine. See more of his work in our past round-up. 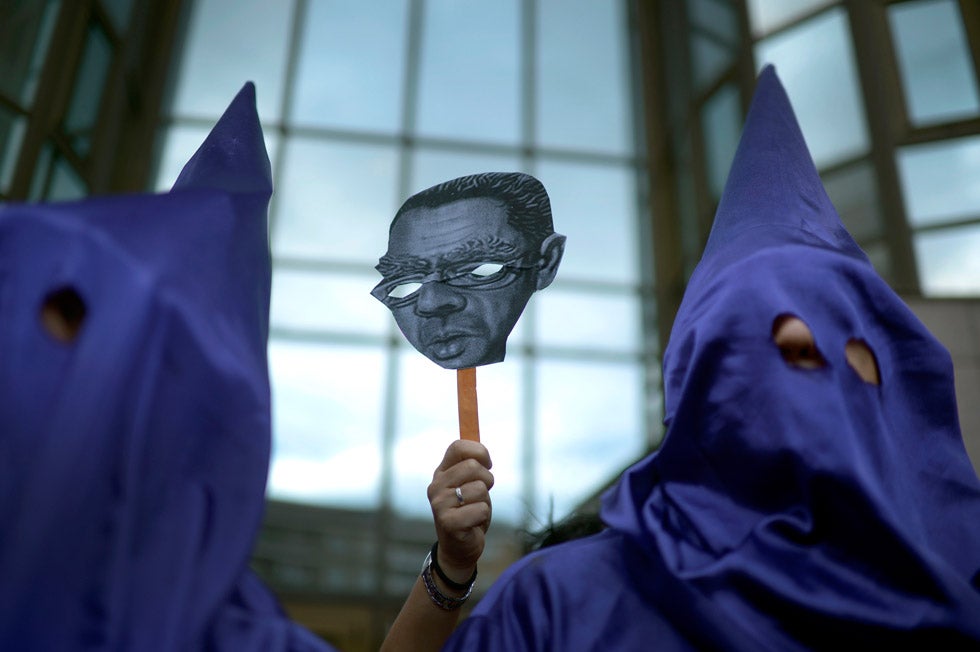 Protesters dressed as penitents hold up a picture of Spain’s Justice Minister Alberto Ruiz Gallardon during a justice workers protest in Barakaldo, Spain. Vincent West is a Reuters staffer based in Spain. He has a pretty interesting photo story on the running of the bulls over on the Reuters blog. 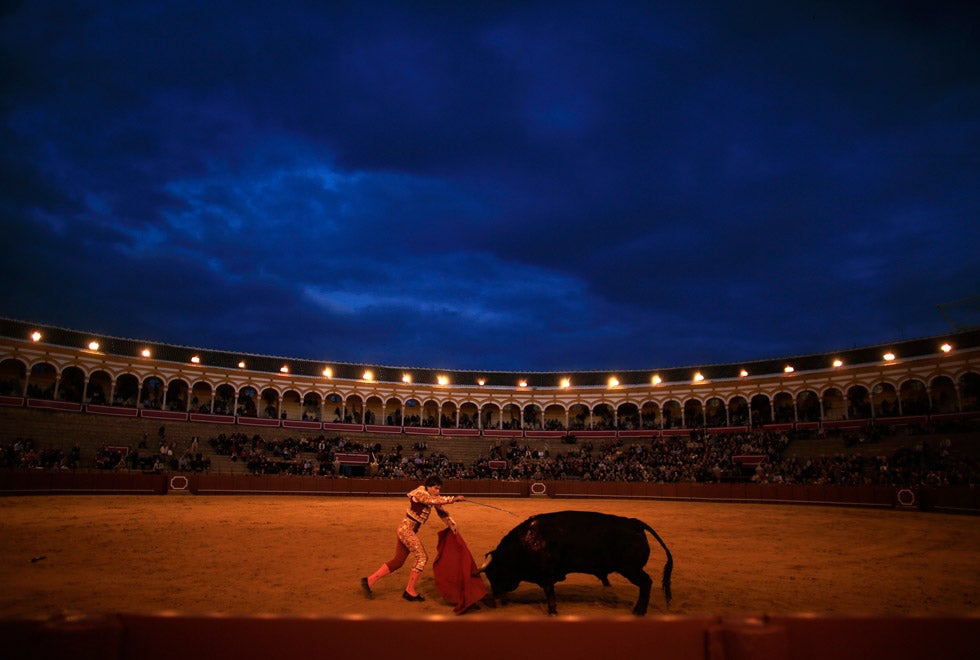 Spanish matador Eduardo Gallo drives a sword into a bull to kill it during a bullfight at The Maestranza bullring in the Andalusian capital of Seville, southern Spain. Marcelo del Pozo is a Reuters staffer based in Spain. 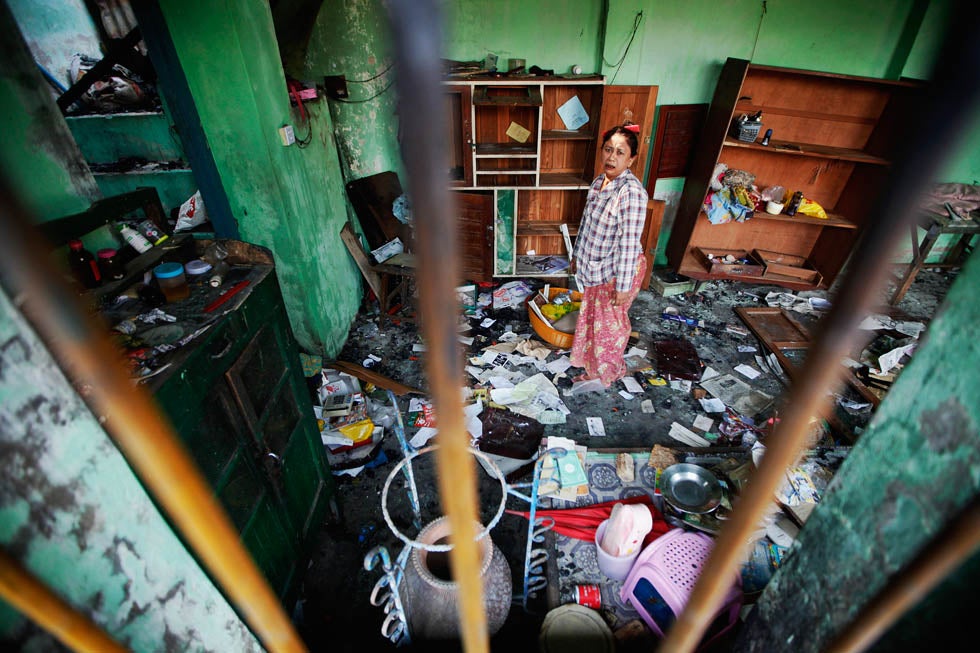 A Muslim woman salvages items from her home damaged during rioting in Meikhtila, Myanmar. Ethnic tensions in the region are at an all time high, threatening government stability. 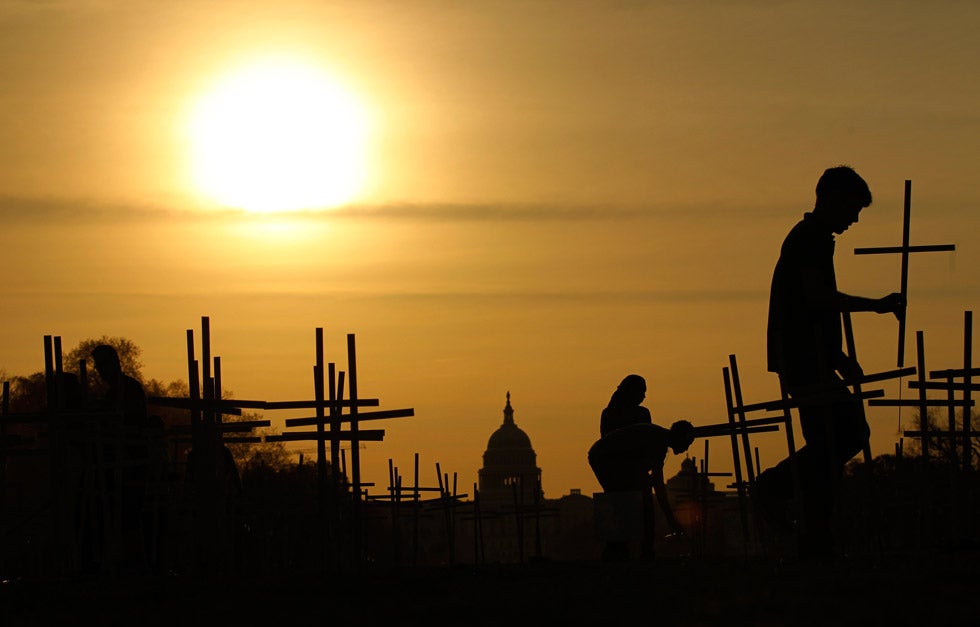 The sun rises above the U.S. Capitol as volunteers place 3,300 crosses, symbolizing grave markers, on the National Mall in Washington, DC. The number 3,300 represents the supposed number of people who have died as a result of gun violence since the tragedy in Newtown, Connecticut. Kevin Lamarque is a senior staff photographer at Reuters and has been with the agency for over 25 years. Check out some of his past images here and here.