We’re interested in tracking the ways that photographs (and photography books) are appearing on digital devices. For better or worse,... 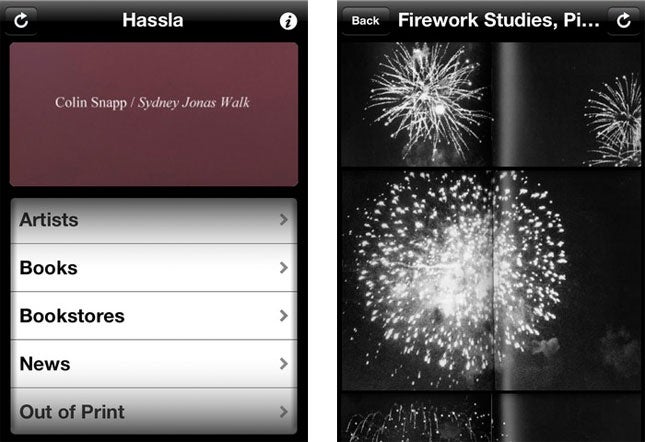 We’re interested in tracking the ways that photographs (and photography books) are appearing on digital devices. For better or worse, there are any number of possibilities for displaying photographs on screens. Last week, independent photography book publisher Hassla released an iPhone app which enables their fans to keep track of new releases, preview book content, and find physical locations to purchase books. Sure, it’s not a new idea for a company to put out an app, but a small photobook publisher? It may be the first one to surface so far.

Perhaps the most interesting feature of the app is that users can browse the full content of any books which have sold out. “I do hope that I’ll be able to build on it in the future as far as its functionality, and also add a version for the iPad,” said Hassla’s David Schoerner. “Right now it’s only for the iPhone. Still, I think it’s a great start.”

The Hassla app certainly opens up some interesting possibilities for how photographs can reach an audience, and we’re curious to see if other publishers follow suit. So far there’s no standard way for releasing photography books digitally, which is probably as it should be: now’s the time for experimentation. It will be interesting to see where the Hassla app goes from here, and we’ll be keeping an eye out for other apps bringing photography to digital devices.