Photographs that Celebrate the Diversity of the American People

WE: AMEricans is currently on view at Station Independent Projects 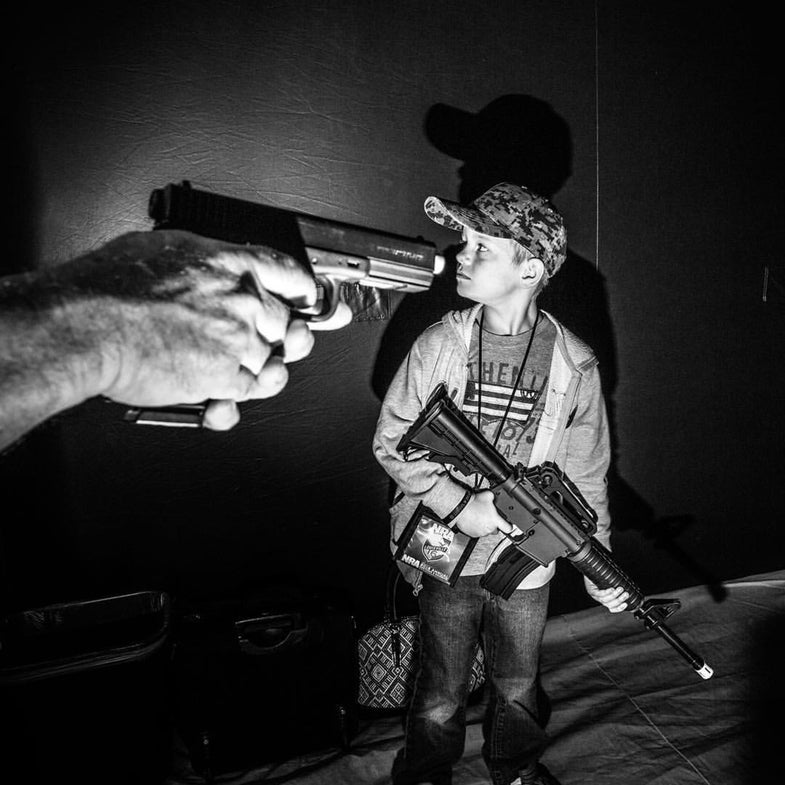 Catherine Opie’s “30 Minutes After Inauguration” depicts the aftermath the celebratory moment when Barack Obama, the nation’s first black president, was sworn into office. In Opie’s photograph, the Washington Monument hovers over a grass-barren lawn; people disseminate, and trash, like debris in a war zone, covers the ground. It is hard to see this image as triumphant. Instead, the photograph seems like an eerie premonition of the political and social strife that the country is experiencing today.

WE:AMEricans, a new exhibition organized by Ruben Natal-San Miguel and Leah Oates at New York City’s Station Independent Projects prominently features this Opie print alongside works by more than 60 established and emerging photographers that question what it means to be American.

The Opie image was actually pulled from curator Natal-San Miguel’s personal collection. “I wanted the print to anchor the exhibition around a historical key point,” he says. “When did the country start arguing and building such anger and resentment? In my opinion, it started boiling at the Inauguration.”

“Initially this exhibition was designed as a reaction to all the fighting I experienced on social media,” says Natal-San Miguel. “My friends were fighting about politics and race. They were fighting when the bombs in Paris happened and during the aftermath of the San Bernardino shootings. People were attacking each other, and I wanted to turn this bickering into something positive.”

WE:AMEricans brings together a diverse group of photographers and images. The exhibition installation is reminiscent of the Google Images interface and includes more than 60 photographs all printed at relatively the same scale and hung in multiple rows on the gallery walls. The show features works by well-known photographers, such as Alec Soth and Amy Arbus, that are installed alongside images by lesser-known artists who were selected from an open call for submissions. This exhibition does not try to pin down what it means to be American. Instead, it celebrates the diversity of American voices and experiences.

Although Natal-San Miguel admits that people can experience images like these online daily, he claims that exhibitions offer viewers something different.

“When you look at work online you only see image after image. Even in ascending presentation—one after the other—the images fade and go out,” says Natal-San Miguel. “The great thing about an exhibition like this one is that a viewer can look at a single image and also see the entire cornucopia of images.”

WE: AMEricans is on view through August 9th at Station Independent Projects in New York City.