Photographing Another Side of Assange, and the Things He Touched

Over the past month, it would have been very difficult to open a newspaper without finding Julian Assange, the founder... 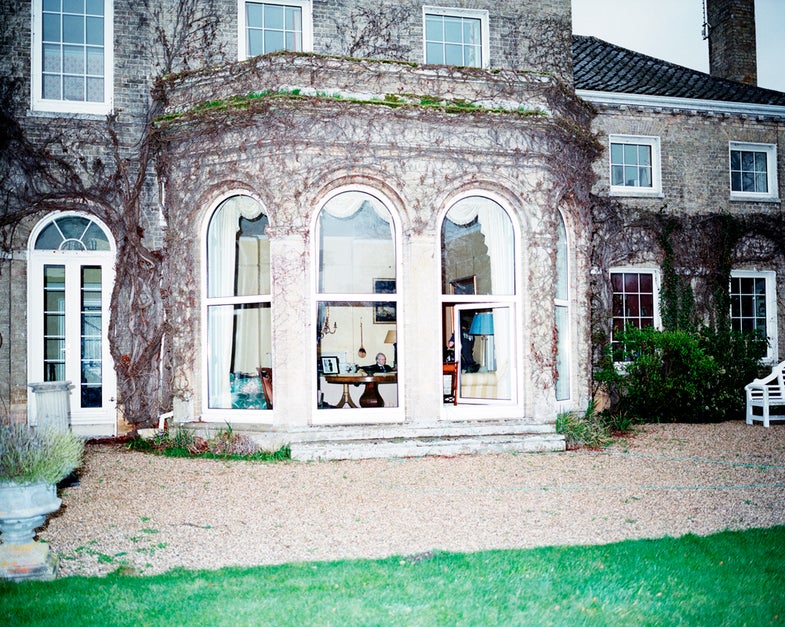 Over the past month, it would have been very difficult to open a newspaper without finding Julian Assange, the founder of Wikileaks, somewhere. Indeed, the Assange story has everything to make it perfect material for the media: a little geopolitical upheaval, some proper “hacking”, high-stakes diplomacy, and even sex. The irony, of course, is that Assange became notorious for creating a website which has altered the landscape of journalism.

Most of the photos to emerge from the Assange case have been taken by photojournalists, whose job it is to show a “clear” photograph. Swedish photographers Klara Källström and Thobias Fäldt, though, have taken a completely different approach. Over the course of a few days in February of 2011, they photographed the Belmarsh court in London at the time of the Assange case, as well as Ellingham Hall, Norfolk, at the home where Assange was staying after receiving permission to photograph inside of this residence. Instead of showing anything directly, they focus on details that seem to have little or no connection to the events surrounding Assange: one photograph shows the remnants of a meal which looks particularly spartan. The only time Assange himself actually appears in these photos is in a miniscule part of one frame: you can see him huddled over a computer, through the window of a house that’s been completely bombarded by flash. Why would Källström and Fäldt choose this strategy for covering a “newsworthy” event?

These photographs have been published in a book, “Wikiland,” and it’s worth considering the form the photographers themselves have used to present their work. They’ve printed the photographs on newspaper, used a font common to British newsbills, and presented everything in a box, which they say is meant to reference the idea of an archive. 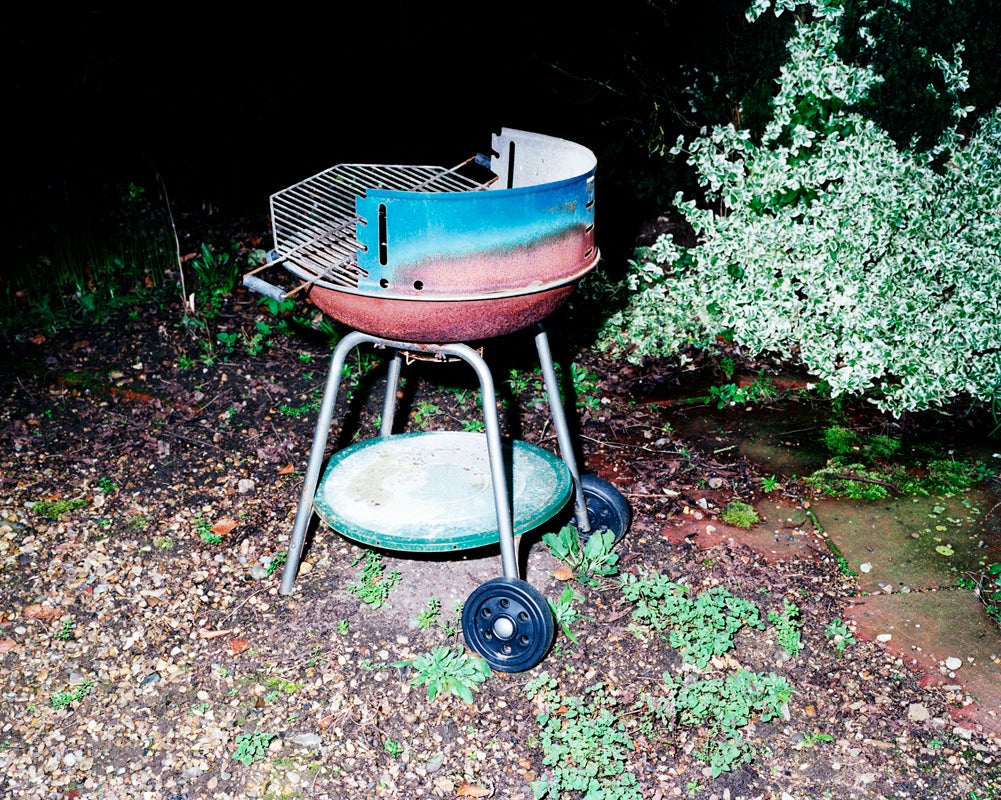 In other words, they’re thinking about this event in terms of media, and it’s no coincidence that the most obvious photographs here are of a clutch of TV microphones, and a group of news cameramen. Otherwise, Källström and Fäldt (who have credited themselves as KK + TF) appear to reveal very little, using only the smallest phenomena as material for their photographs. Take the image of a stick of butter, or the grill in the house’s yard. What’s the meaning of that stick of butter? Nothing in particular, except that, by its roundabout association with the Assange trial, the “main event” at hand, it takes on some new value. That’s no regular barbecue you’re looking at, but you don’t need me to tell you that–you already know it because of the context created by the other photographs. Knowing it’s in the backyard of Assange’s temporary home, it looks a little sinister to me, and maybe you’ll find something different in it. Either way, as a direct result of the Assange trial, you won’t be able to look at the same way. Beyond the relative beauty of their work, I think this is what Källström and Fäldt are trying to make you consider.

The duo has produced a number of other series, including some very striking work shot in Japan in a similar way. Indeed, this style (color, overexposed, flashed images) seems particularly Scandanavian to me. If you’re around San Francisco, you can see the full range of their work at The Popular Workshop through September 7. Work from their various series is on display, and there’s a small room dedicated to “Wikiland” as well.