In Daido Moriyama and Nobuyoshi Araki, Japan sports two living legends of snapshot photography. These two men are the most... 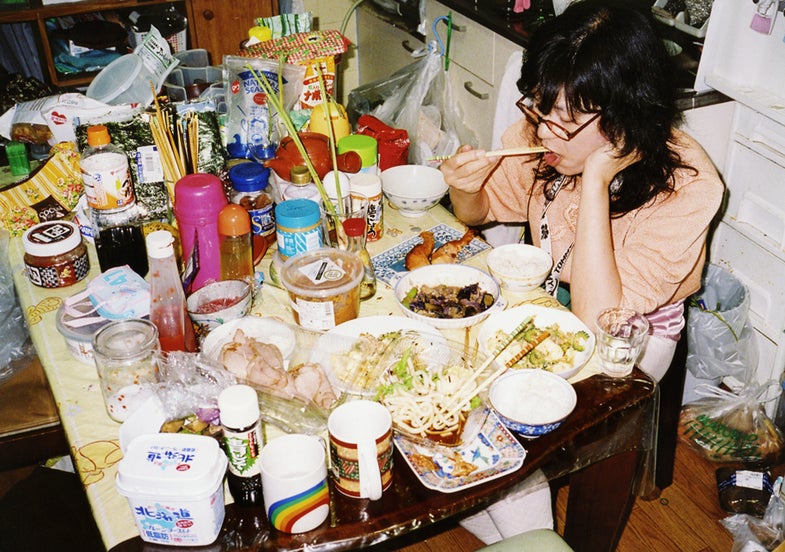 In Daido Moriyama and Nobuyoshi Araki, Japan sports two living legends of snapshot photography. These two men are the most well-known Japanese photographers outside of Japan, and it should not come as a surprise that they have inspired hosts of photographers within Japan as well. While there’s nothing official, it would be possible to speak of a “Moriyama school” and an “Araki school” of snapshots, where the former is known for his blurry, high-contrast black and white style, and the latter is known for his racy nudes. Both of these descriptions are, of course, reductive, and I would like to fill in a couple of gaps about Araki as a way of introducing the work of Motoyuki Daifu, a young Japanese photographer. 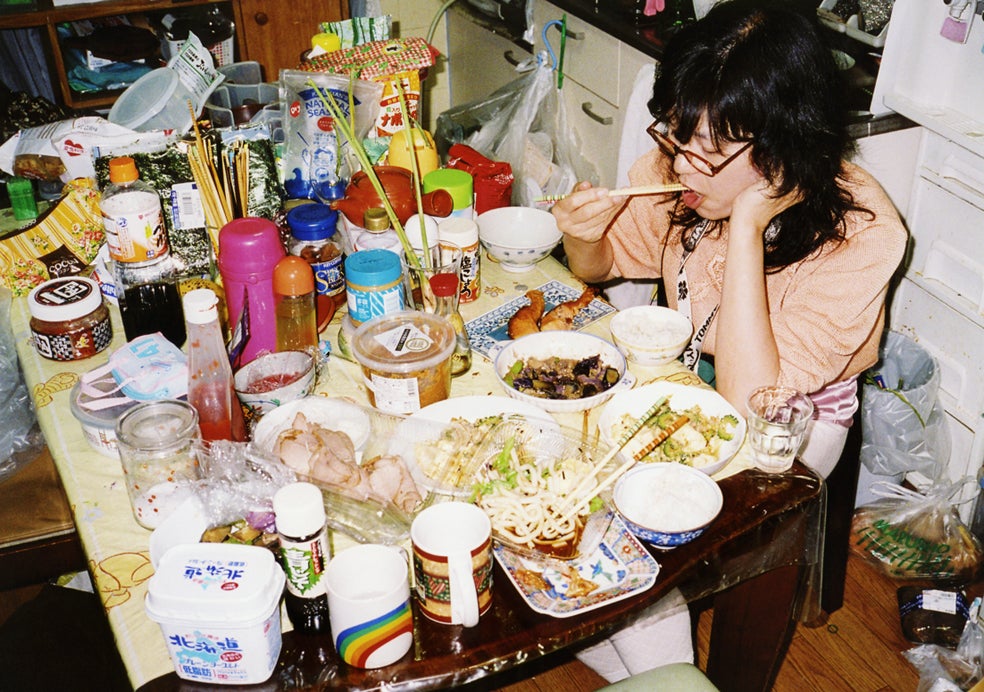 I think it would be fair to say that Araki is largely known in the West as a sex-crazed pornographer, and this description could certainly apply to a not insignificant portion of his work. What’s less known, though, is that Araki’s work has an incredibly wide range: food, flowers, the sky, street scenery and cats, to name just a few things, all appear regularly in his work. Last year, an exhibition at Japan’s Izu Photo Museum attempted to display every photobook that Araki had ever published. There were more than 450 photobooks on display—and a few more were released during the period of the show. If nothing else, this sheer quantity speaks to Araki’s prolific output. But why has he been able to produce so much work, anyway? I’d venture that Araki is always trying to remove any barriers between his own life and his photography. Any part of his personal experience can become his work, and Araki is faithful to this idea, whether it means photographing something as mundane as a piece of pizza (you should see Araki’s pizza photos!) or as emotionally traumatizing as the death of his wife. 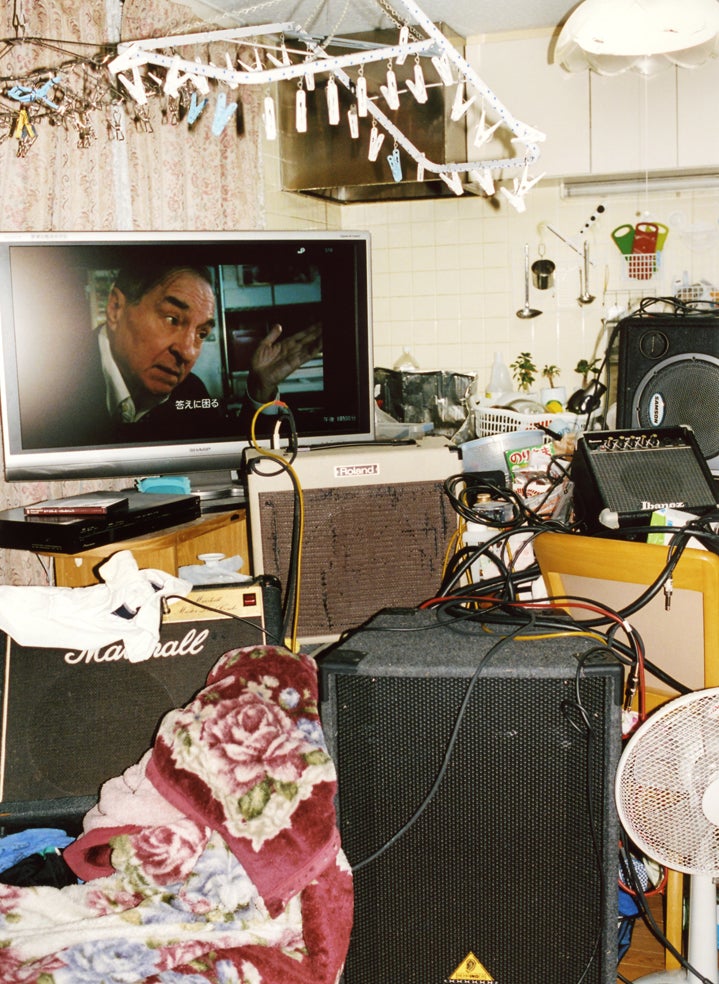 This is perhaps an excessively lengthy way of getting around to talking about Motoyuki Daifu’s work, but I hope that Araki’s directness will provide some useful context for looking at these photos. Daifu is a representative of the youngest generation of Japanese photographers—many of whom can be found on the Tinyvices-style web gallery site Space Cadet—and like Araki, he is using the snapshot as a way to represent his life. These photos show Daifu’s home, where he lives with his parents and siblings. You don’t need me to tell you that the place seems to be covered in laundry, dishes, and all manner of other household stuff. It’s as if the place has been turned inside out, and that makes the work a bit naughty—granted, in my experience, it’s somewhat rare to be invited into Japanese houses, but I would assume that people universally prefer not to have their messes broadcasted to the rest of the world. Daifu’s photographs seem to be full of humor, though, and he uses the clutter to his advantage, often packing as much color as he can into each frame.

Some of these photographs have recently been published as a small book, Project Family, by New York-based Dashwood Books. This only continues Daifu’s somewhat unusual career path so far: even without major recognition or gallery support in Japan, he has already published a monograph in America (Lovesody, with Little Big Man of Surf Riot fame) and held a solo exhibition at New York’s Lombard-Freid Projects. Publishing two books in America is no small feat for a 27-year-old Japanese photographer, and although Daifu knows that this is no guarantee of a life-long career, it’s a promising start for a photographer who might be following in the footsteps of a legend. 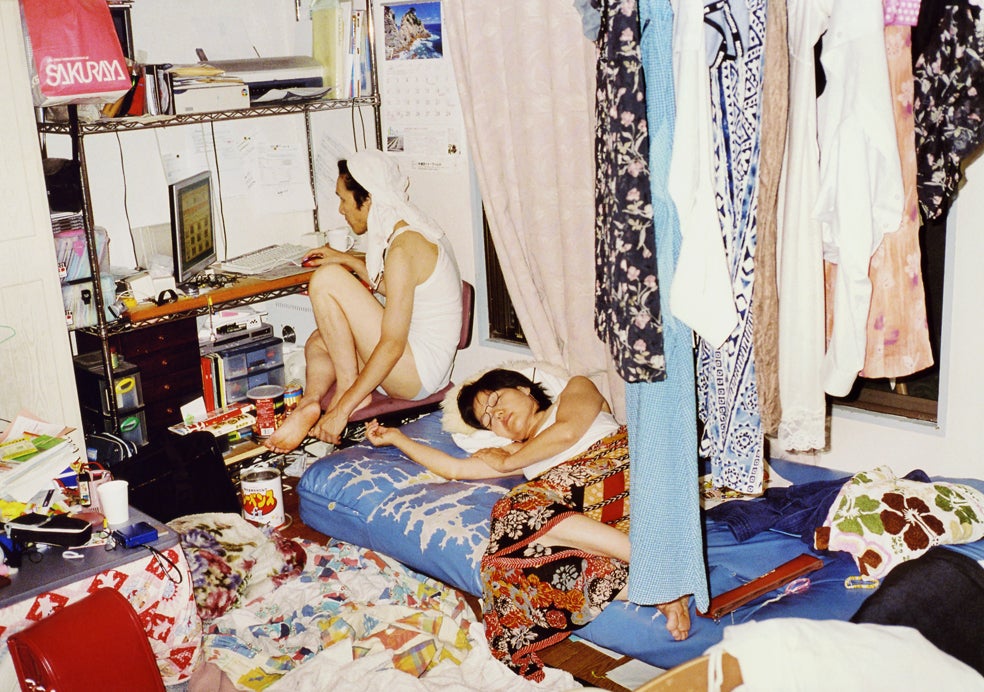