"If it wasn’t for Tri-X, I wouldn’t have had a career. It was the greatest film ever invented." 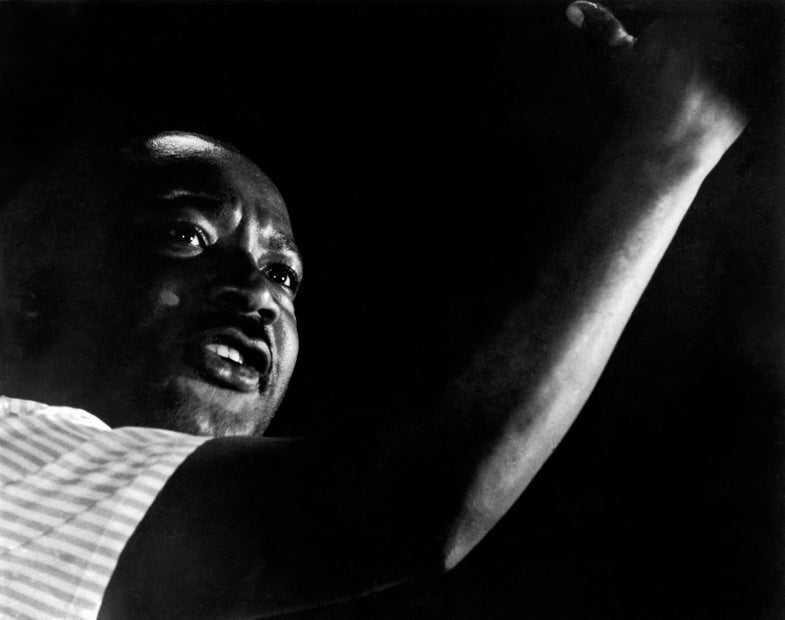 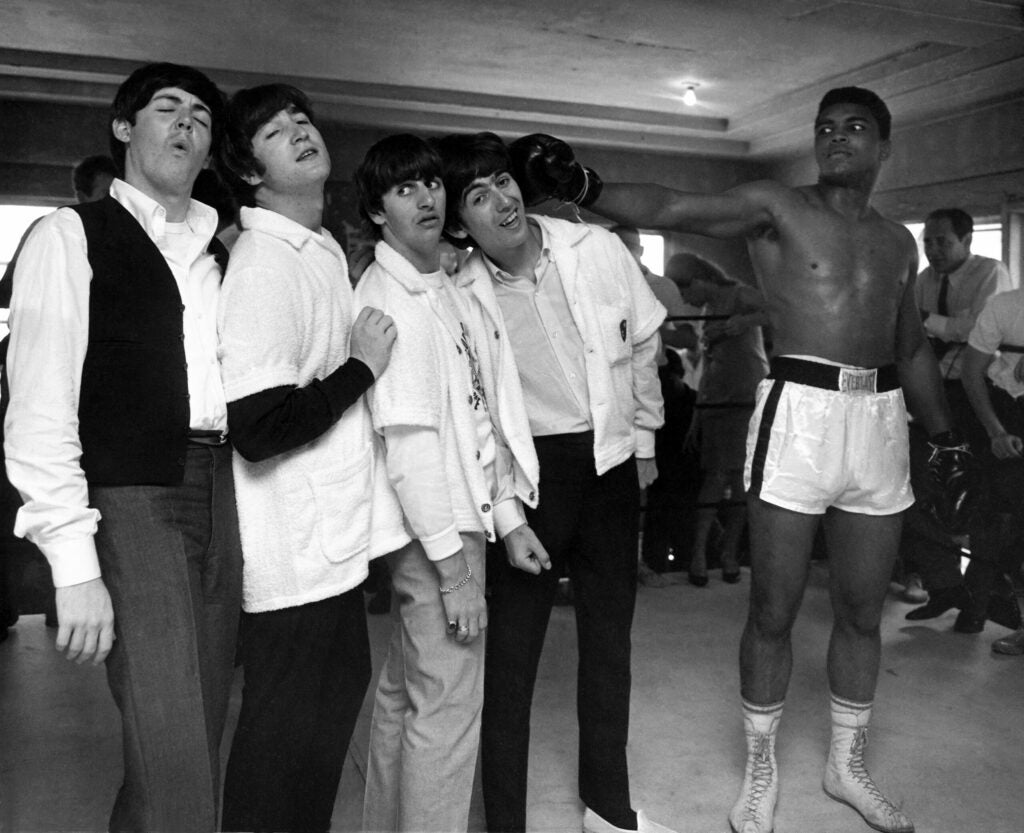 The Beatles and Muhammad Ali

As the man who photographed the Beatles’ first US tour, Bobby Kennedy’s assassination, Joe Namath’s bachelor pad, every president from Eisenhower to Obama, Andy Warhol and Bianca Jagger, and Muhammad Ali, Scottish photojournalist Harry Benson has shaped Americans’ view of themselves. The documentary Shoot First chronicles Benson’s life and MO, as well as the inspiration behind the photos that burn in our collective memory. Shoot First opens theatrically and digitally on December 9. American Photo recently sat down with Harry Benson to talk about the film.

How do you prepare for a shoot? For example, in Shoot First, you said, “Once I heard the Beatles’ music, I knew I was on the right story.”

I didn’t want to do the Beatles story. I was going to Africa to do a piece on how Kenya, Uganda, Tanganyika and Zanzibar were handling independence a year later—uhuru, as they called it. I considered myself a serious journalist, and Africa was a serious story. Then I got a call late one night saying, “We’d like you to go to Paris with the Beatles in the morning.” I knew who the Beatles were, but they hadn’t yet broken through.

Before they opened at the Olympia, they did a gig at the Fontainebleu, and I went out to hear them. I wasn’t too happy about being there, but you do what you’re told. I’d gone to my car to get a piece of equipment, and when I came back, the Beatles were playing “Close Your Eyes and I’ll Kiss You,” and I immediately thought, ‘I’m on the right story.’ A couple of days later, they broke through in Paris, hitting #1s, “I Want to Hold Your Hand,” the Ed Sullivan Show, going to America. The story had gone from being a music story to being a major news story. They were a phenomenon, and I was going to America with them.

Did you prepare for rafting with the Kennedys?

You always hope that something interesting will come up, but the fact that you’re there and photographing is history itself—them being there in front of your camera and your being able to use it. I was a trained Fleet Street photographer, so I knew what I was looking for. You instinctively know what’s good—what’s good for the camera, what’s good for me.

Bobby’s brother had died about two years earlier, and there he was wearing the president’s jacket. I said, “That’s a nice jacket,” and he said, “It was my brother’s.” It had ‘President of the United States’ on it.

That must have been very moving. Emily Smith of Page Six said that you put yourself in every shot. Is she right?

I don’t know what that means. I don’t hang around, I’m not part of the group. I’m not there to be a companion; I’m there to do a job. The only reason I’m there is what I’m carrying in my back pocket: Who I represent. Although they’ll ask you to sit and have dinner with them, you’re still an outsider. That always stayed with me—that I wouldn’t be there unless I was representing someone else, doing what I was doing. That has always held me, in that I know exactly why I’m there: to take photographs and get out of Dodge as quick as I can.

I’m thinking of that incredible shot you took of Martin Luther King Jr. an hour after everyone was beaten up and tear-gassed in Canton, Mississippi on the James Meredith march. MLK said to you, “It’s terrible being a black man in America.” Harry, was there ever a moment when you just wanted to be a person and not a photographer?

Not if I’m going on assignment. I know why I’m there…to take photographs. You try not to be a pest with a camera. You pick your moments. You go in and out and you keep moving. Movement is the way I like to take pictures, and the subject prefers it. You start becoming someone they don’t mind having around. If I can stick with that—someone they don’t mind having around—I’ve got it. 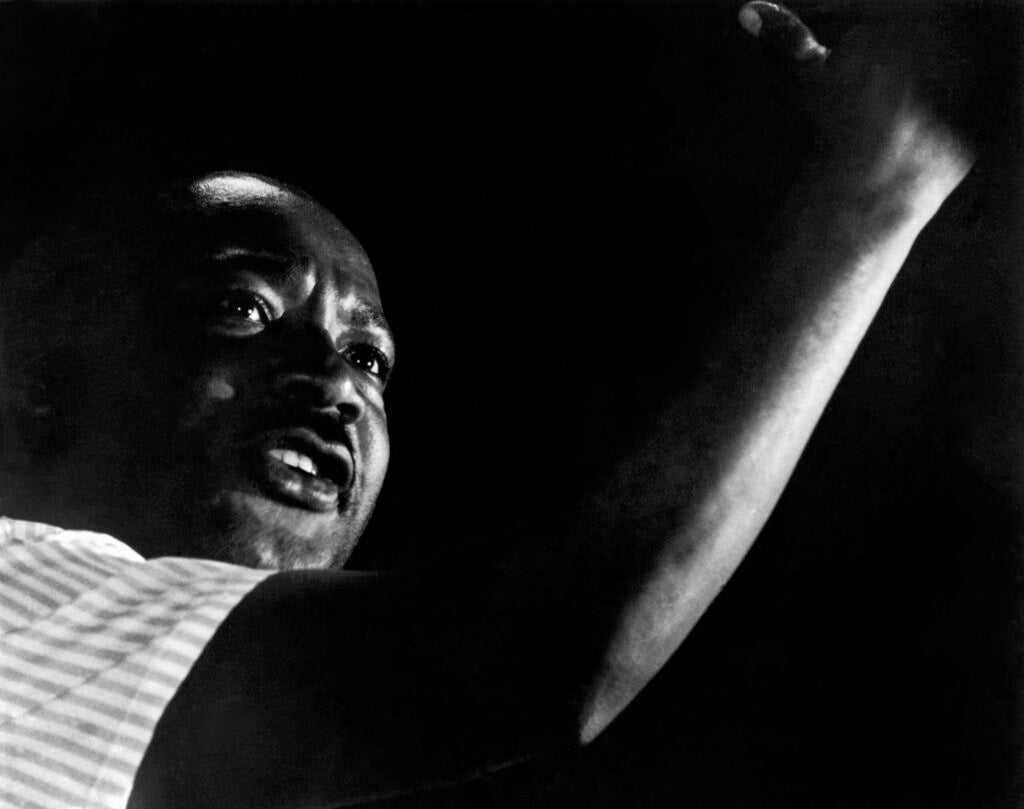 How did you get Nixon to agree to the “Final Days” shoot?

Because I was with LIFE magazine and Nixon saw the historical part of him back in San Clemente cut off in disgrace. LIFE magazine never carried a grudge. It was just being recorded. I was the only one let in, and there was none better than LIFE magazine to do it. I was aware of that. I had a nice relationship with Nixon. He’d tell me, “Harry I didn’t like that picture you had of me.” I had taken an ugly picture, it’s true, but I had the feeling he would let me in to record the final day because it was for LIFE. The magazine wasn’t looking for an angle—you know, Tricky Dicky, or something absurd— like other magazines would. 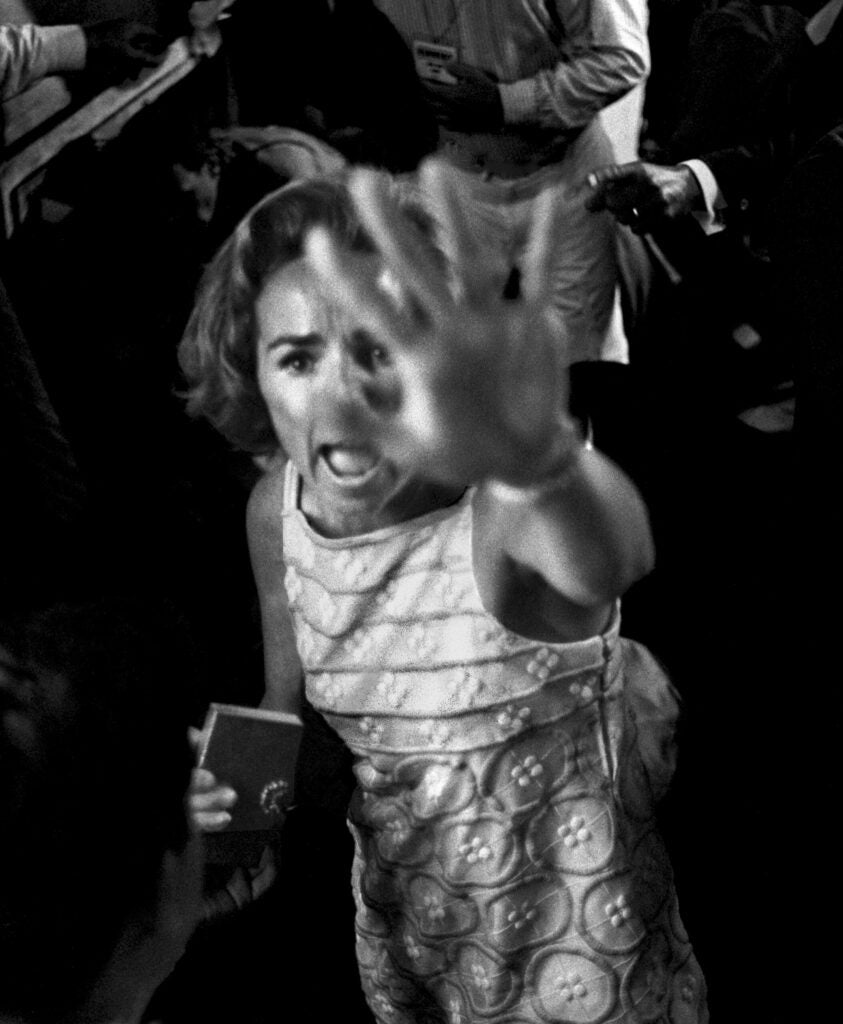 Are there any pictures that you regret taking?

No. None. I would regret it if I hadn’t taken them—that’s where the regret would be. Occasionally I’ll wake up in the night and go through Bobby’s assassination; I was next to Bobby when he was shot. People ask me, “Did you have nightmares [about shooting the assassination]?” and I say, No, I would have nightmares if I hadn’t taken it, because there are certain things you have to do.

The business I’m in is news photography. You photograph what you see, and what you see, you shoot and inform. When Bobby was killed, a lot of photographers—all but three—walked away and said, “How could you shoot this?” Well, it was simple. It was a news story. And Bobby was a friend…he called me Harry. I liked him a lot. But there I am photographing his murder with blood pouring out of his head and Ethel screaming.

I was the last journalist to leave the kitchen. I only left when they’d taken Bobby away and a girl lays a hat on the blood on the floor…you see that in the film. I covered it from start to finish. I may be the only photographer who’s ever covered an assassination from start to finish. I’m not saying that’s a great thing, but it had to be done. If I get any feelings about it…yeah, I wish he hadn’t been shot. But it’s something I would have regretted big time if I’d taken the easy road out and walked away. Because it was mad in the kitchen…screaming…screaming…screaming. That’s what I remember, and it was so close to Dallas. 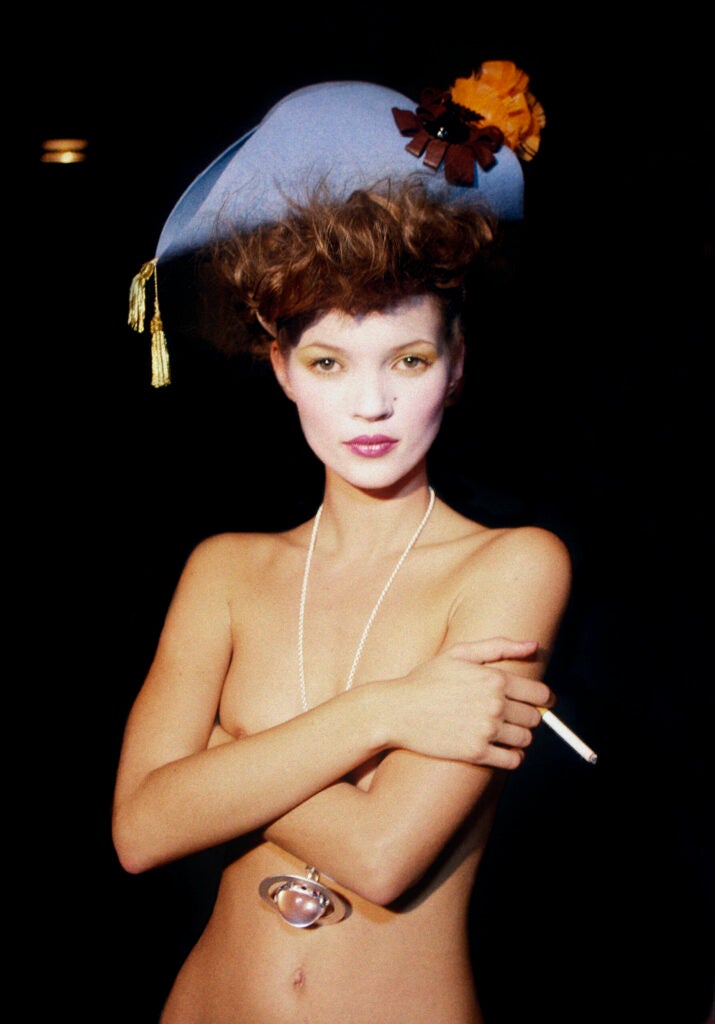 You made a marvelous photograph of a couple making out in a bar. In Shoot First, you mentioned that ten minutes went by before you took out your camera and made that shot. That made me wonder: Do you think about shooting when you’re not on assignment?

Only if I’ve got my camera with me. You’ve got to get yourself prepared. When you’ve got a camera, you’re looking for pictures, for compositions. It’s like you don’t get in a fight unless you’re looking for a fight. I was reading once about Cartier-Bresson and how he would wait and wait for something to happen. When he’s working, he’s already got his composition, knowing that nuns will pass and something else might pass at the same time.

The kiss was taken in East Germany. I had my cameras with me; I was doing a story on how East and West Berlin were getting on. I was working, so I was in that head, and that couple was right in front of me. They were at it, and I thought, ‘I’ve had enough of this,’ so I lifted that thing in the bar up, went around the counter, took a picture, and came back out.

But you don’t just arbitrarily walk down the street with a camera in hand?

No, because that would drive you crazy.

Throughout the film, you said that you were there to get your subjects to reveal themselves.

I want people to be what they think they are, not what I think they are. That’s why I don’t like studios: an Avedon turns everything to wood. Good wood, expensive wood, but still wood. They don’t look natural. 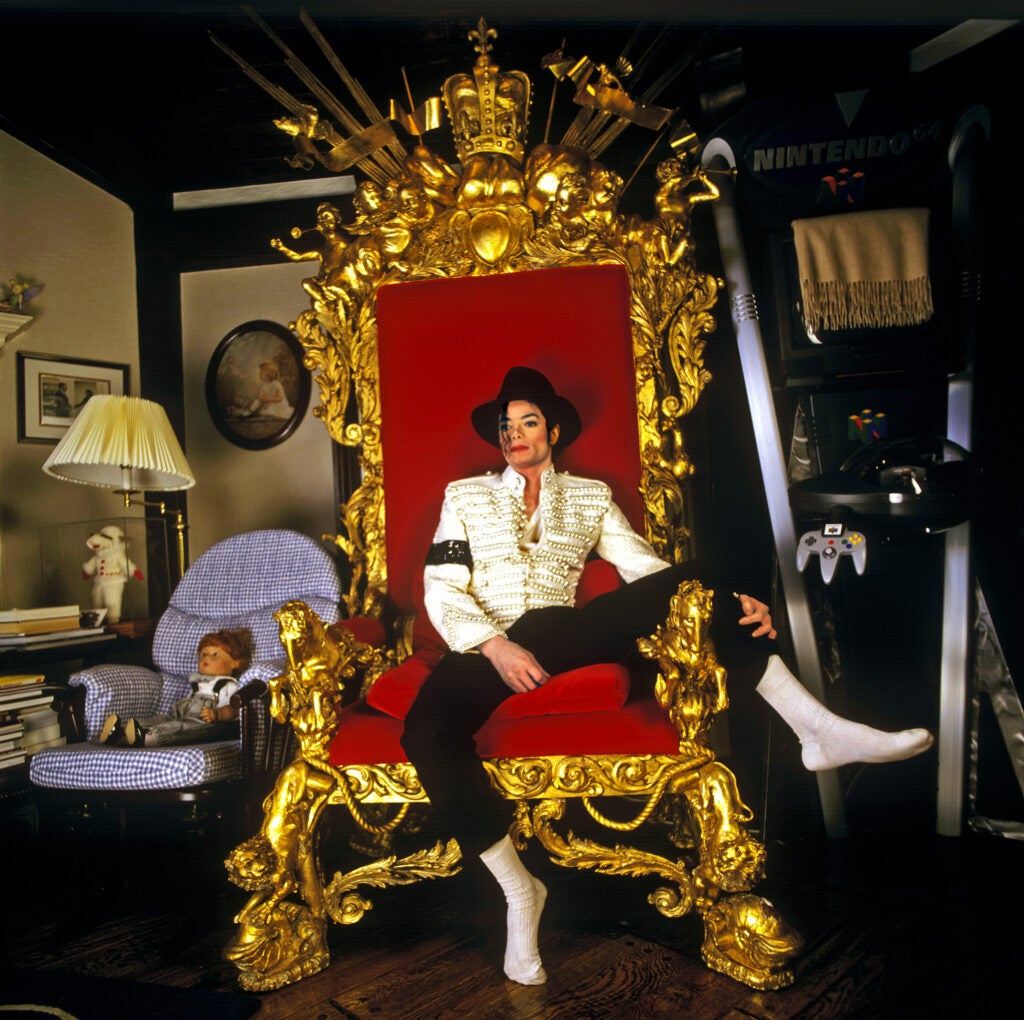 I was interviewing a film director who said that contemporary films have too many long shots where nothing is happening. He can tolerate a long shot as long as something is going on—movement or information—because you have to have meaning in the shot.

Movie directors also go too much for closeups. That ruins it, because you don’t see people like that. While if it was five yards back… The information in the room, the surroundings, are very important to me: That’s photojournalism. You’re showing the environment. When you do a closeup, it could be anywhere.

Yet looking at your closeup of Jackie in the ski mask, I immediately imagined St. Moritz behind her.

You see coldness around her too, but you can’t get away from the eyes. It’s my favorite, because Jackie thinks she’s covering herself up and not giving you a photograph. All she did was give me a better picture. The same with Ron Galella. All she had to do was say, Good morning, Mr. Galella. But she didn’t. She went, Oops, and started to run. That was a picture; her running away. If she’d just said Good morning and walked, he would have had nothing.

The industry categorizes someone as a celebrity photographer, a sports photographer, a photojournalist. But your picture of Jackie was in many ways similar to the pictures that you took in Somalia, for instance.

Yes. It’s life, and that would be a good picture no matter who it was. Also it’s color. I was shooting black-and-white, and I just shoved a roll of color in. Sometimes you’re fortunate that way. 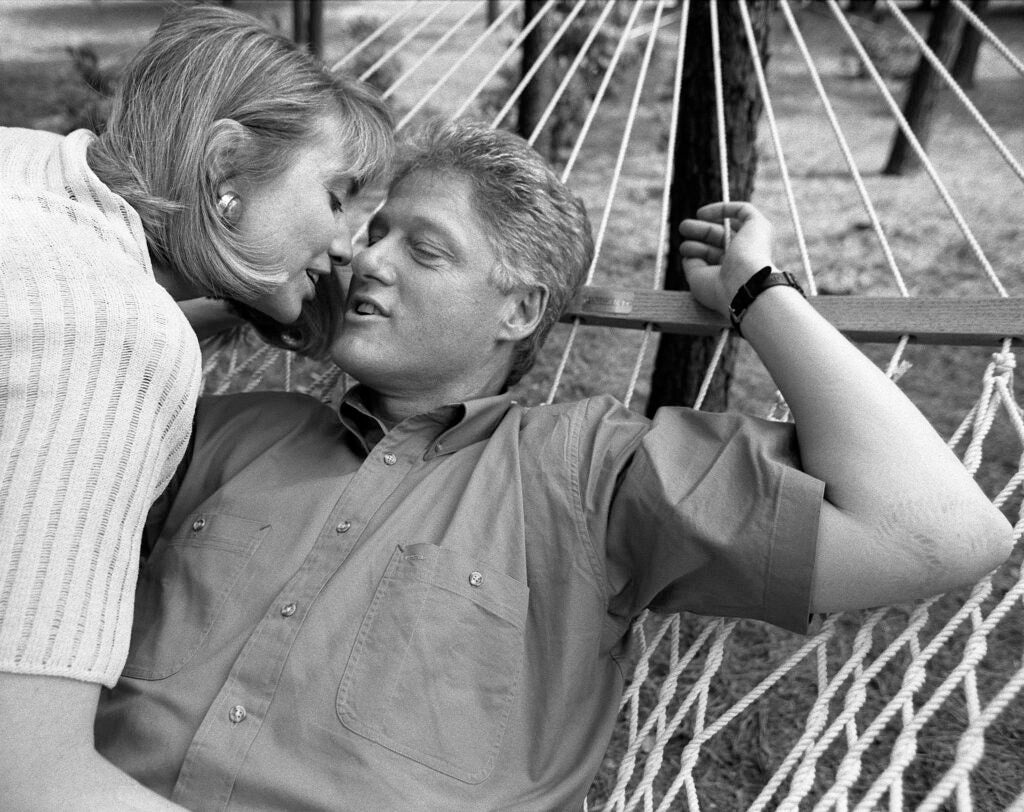 Do you prefer shooting color?

If it wasn’t for Tri-X, I wouldn’t have had a career. It was the greatest film ever invented.

Is there anything you would have shot differently?

It would be a terrible thing if you went to a far-off place, say Pakistan, and you had inspiration flying into Kennedy Airport. Why didn’t I see that, or that….? But you can’t do that. If you missed it, you missed it.

The title of my movie is important. Shoot First. This was Fleet Street: When you get to an incident, immediately photograph what you see, because that changes: The red car vanishes after a few minutes, the woman’s coat is no longer in the room. On Fleet Street, if you didn’t learn that, you were told it: Photograph what you see immediately. That’s what “shoot first” really means to me. I didn’t come up with the title—they did—but I thought, ‘That’s right.’ You don’t wait till someone condescends to say, “Now you can photograph me.” You shoot first. 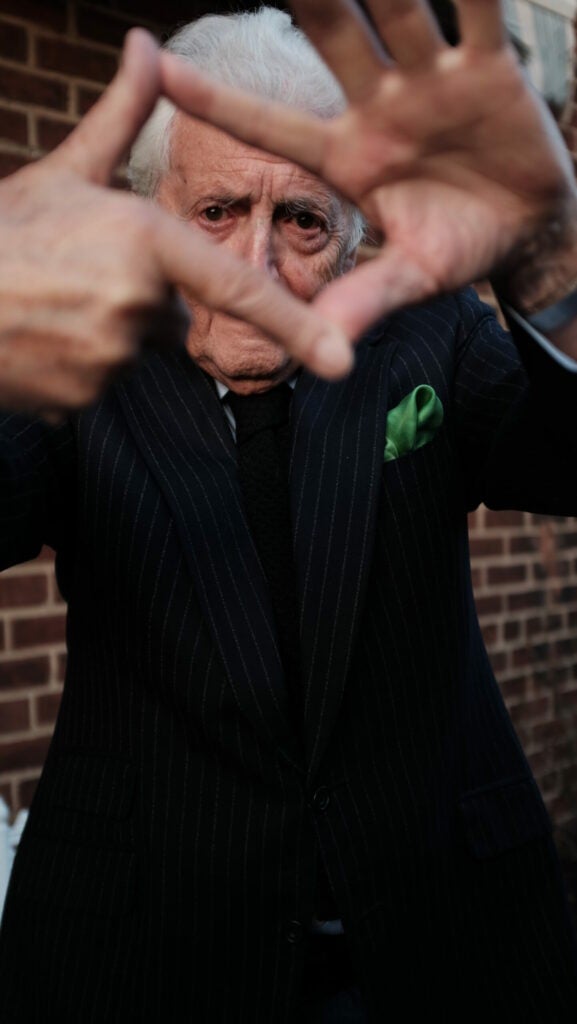