A Photobook With No End

Ed Panar has been one of our favorite photographers at American Photo for some time now. In 2011, we did... 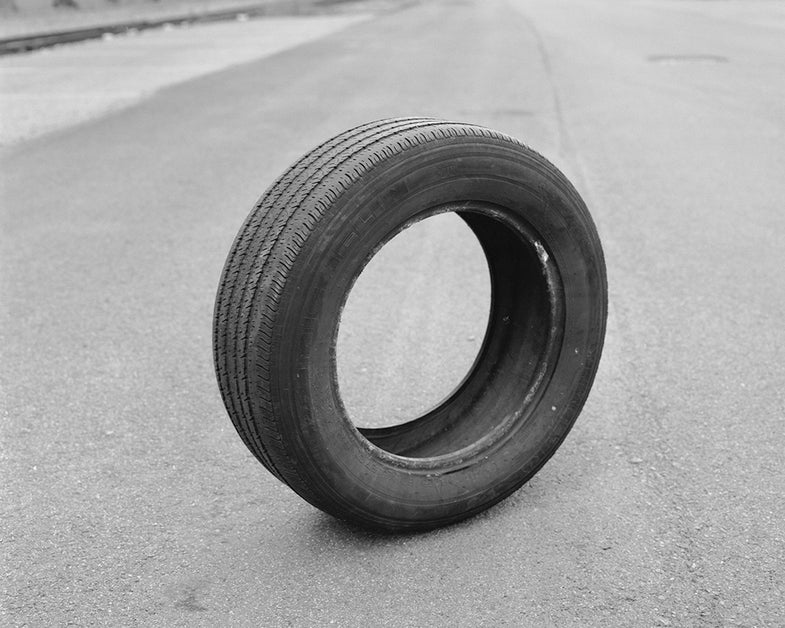 Ed Panar has been one of our favorite photographers at American Photo for some time now. In 2011, we did an interview with him about his photobook Animals That Saw Me, in which he explained his organic editing processes at great length. Animals That Saw Me collects seventeen years of photographs in which an animal is looking at Panar’s camera. The internet has taught us plenty about the appeal of animal photos, and while the book is not really about celebrating cuteness, it’s still a joy to open up. As Panar said in that interview, “I doubt I’ll do anything with this type of appeal in the future!” Now, Panar is back with a new book, Nothing Changes if Nothing Changes. Ever true to his word, this book is more of a challenge, but it shows that even when Panar tackles weightier subjects, he does so with the same light touch that made Animals such a pleasure. 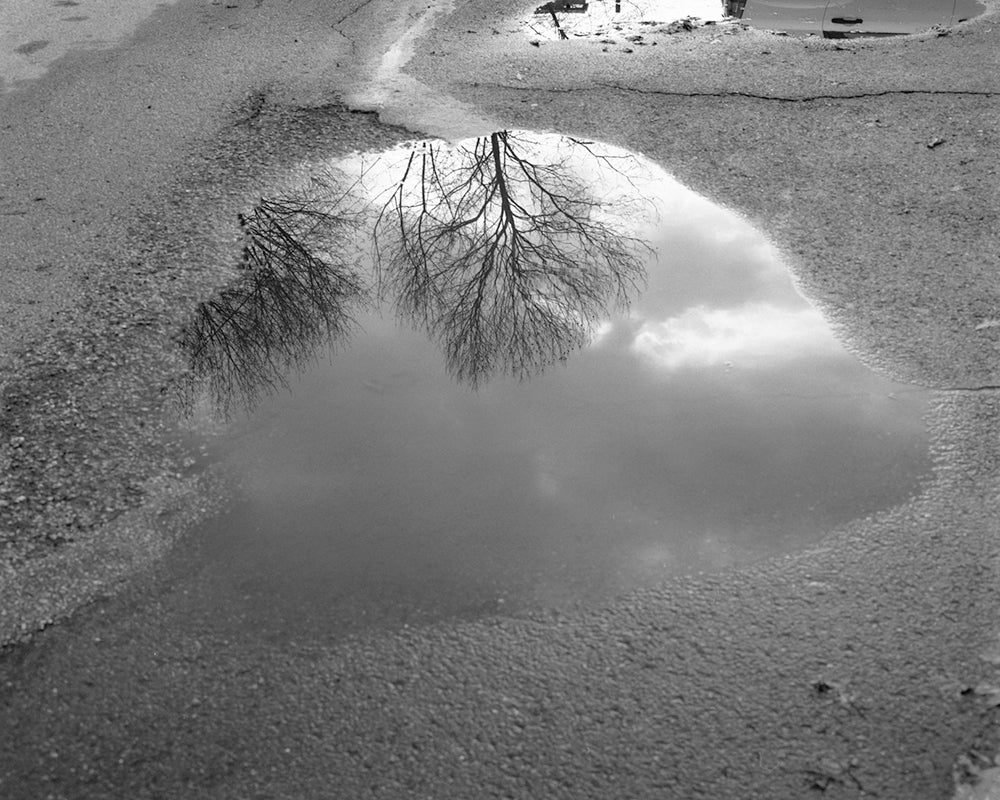 To put it simply, Nothing Changes if Nothing Changes is concerned with the infinite, or perhaps the eternal. A short meditation on the title could certainly tell you that, and this motif is also echoed in certain of the photos that appear here. A tire, a rock, a cracked sidewalk and a dented pillow all, in some way, ask questions about what will endure. The tire, in particular, is the clearest reference to this question, given that it’s a loop. (It’s funny to think about the dented pillow in terms of “the infinite,” but I think that’s all part of the charm of these photos.) All of the photographs in Nothing Changes if Nothing Changes are black and white, and while there’s no special significance to this, it does serve to flatten everything. 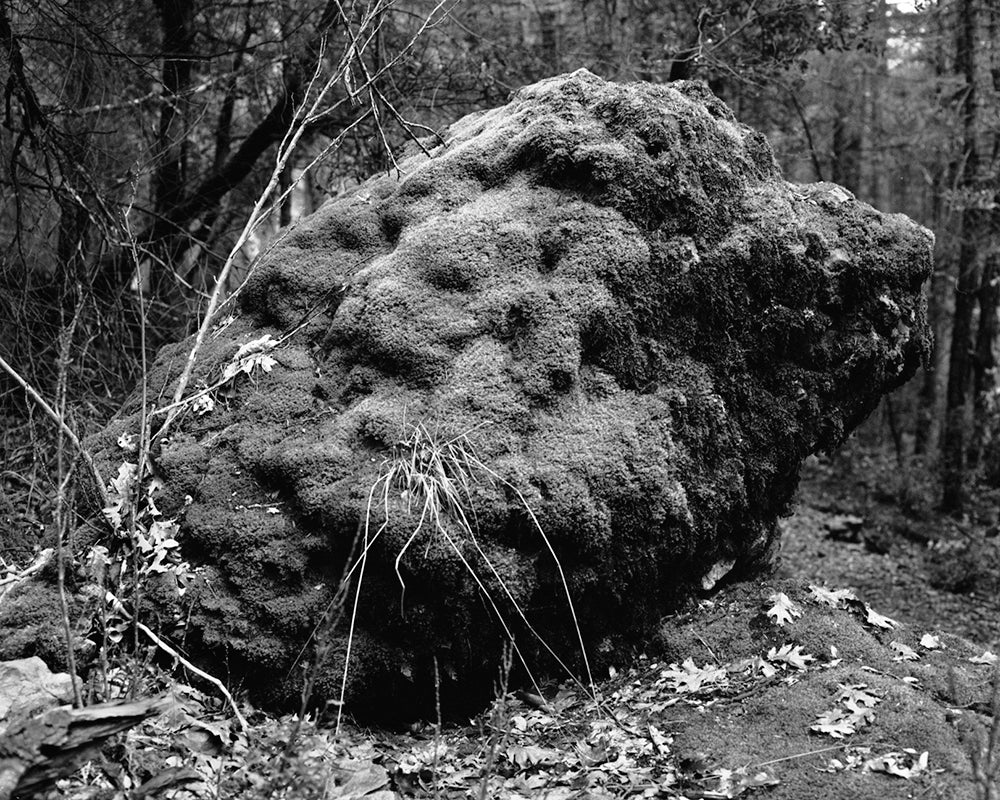 Beyond the content of the images themselves, the book itself functions as a literal infinite loop. There is no “front” or “back” cover; you can pick it up from either side, and proceed from either direction. Believe it or not, though, Panar says that “the layout of the flipped photos ocurred by accident.” He continues: “I’ve been making a lot of at-home books on inkjet, I have a saddle-stitch stapler so now I can really print on demand whenever I feel like it. I was printing one of those out and put the paper in upside down, so I had the idea to crate this ‘infinite loop’ book, where the front and back would be identical, and there would be no beginning or end.” Still, the title Nothing Changes if Nothing Changes was already in Panar’s head (and, indeed, on his website) even before this happy accident. 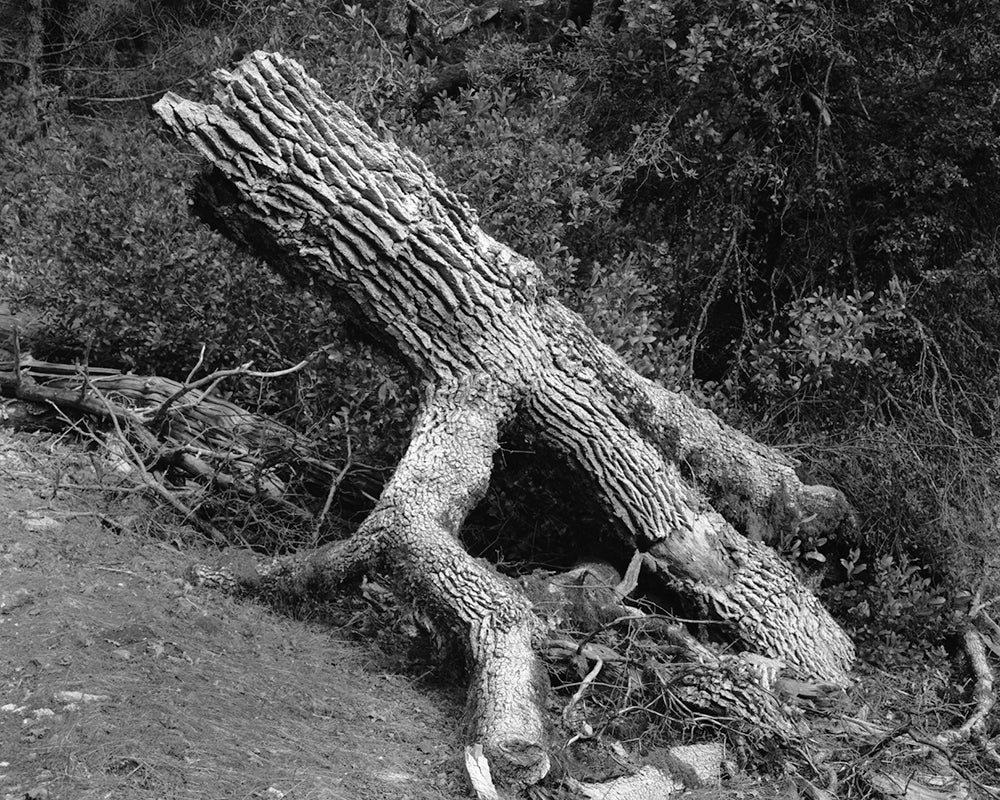 It’s clear that this work is a departure from something so easily graspable as Animals That Saw Me. After making such a concrete book, Panar says, Nothing Changes if Nothing Changes “helps me to think about photography on a more abstract level, which I enjoy.” “The whole idea of saying, ‘Nothing Changes if Nothing Changes,’ is, well, true, but also false, because of course everything is always changing all of the time. I like this idea because that’s what I think a photograph is—it’s like a true lie. This is why we have all these conflicting discussions about certain aspects of mediums: because they’re always doing contradictory things. To me, this title tapped into that, and gave me an excuse to physically manifest that idea.” 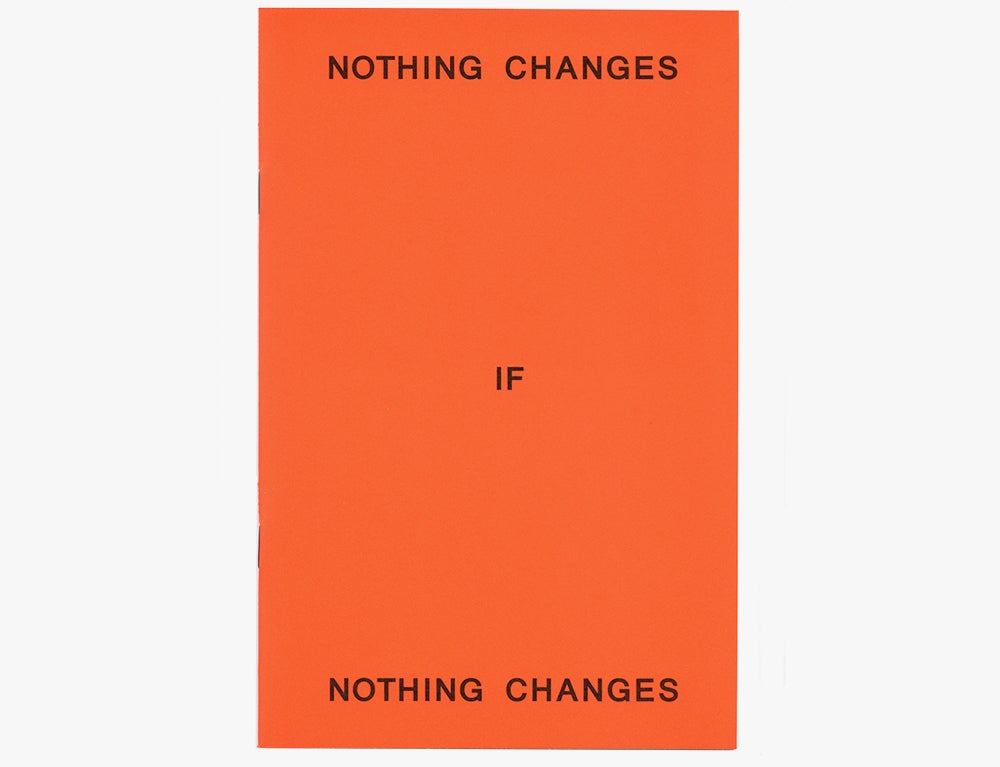 Nothing Changes if Nothing Changes is co-published by The Ice Plant and Spaces Corners, a bookstore and gallery in Pittsburgh that Panar is helping to run. It only costs $12, so you’ll need a good excuse to not purchase it! Each copy of Nothing Changes if Nothing Changes comes with a small inket print of one of Panar’s photographs. The back of the print serves as the book’s colophon, and Panar has signed it along with a small drawing. The photograph is of, I think, a mirror, which is sitting on a wall that’s covered in wallpaper. It’s reflecting the same wallpaper from across the room, which means that it’s more or less impossible to tell which way is “right side up.” For a book that’s about the slipperiness of photography, it’s a fitting touch. 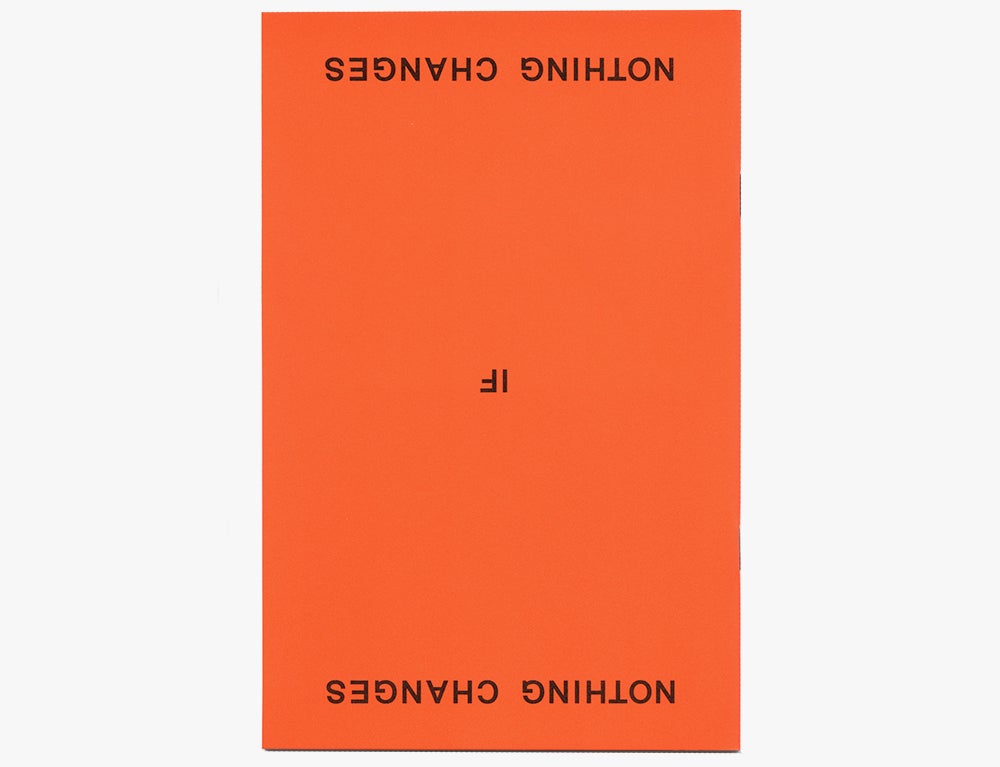