Photobook Collecting in the Age of the Thousand-Dollar Zine

In 2011, The Guardian published an article that detailed the photobook’s rise as a collectible item and introduced a number... 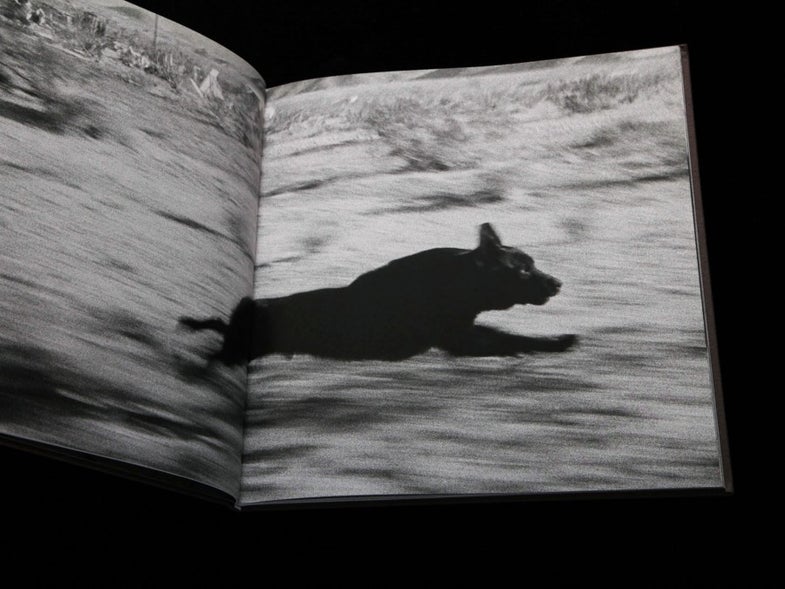 In 2011, The Guardian published an article that detailed the photobook’s rise as a collectible item and introduced a number of important books in the field. What’s surprising about this article is that it did not appear in the Guardian’s Culture section—instead, it ran in Money, and introduced photobooks as an investment opportunity. The security of this investment might be questionable, but the medium is certainly experiencing a boom. It’s probably an exaggeration to say that zines are on the market for thousands of dollars, but only just: Cristina de Middel’s self-published book The Afronauts, which came out last year, is already being sold for thousands of dollars. In this kind of environment, how should one put together a photobook collection? I talked to New York-based collector Tom Claxton to find out. Claxton, who introduces his books on his site Claxton Projects, is an ideal person to evaluate the state of collecting: his own collection now runs close to 7,000 books. But despite the “silly money” moving around the photobook market, he stresses that the foundation of a collection is less a prospector’s eye—he says nobody is actually buying those copies of The Afronauts, anyway—and more a passion for the medium.

“I love sharing when someone comes to my apartment. I have the very special books or the very delicate books stored, normally by publisher, in black archival boxes, and I open those boxes and those books come out all the time. That’s the beauty of spending so much time and energy on putting this together, is that I want people to see them. And that’s why I started the website—to enable that on a wider scale. It’s something I’m very passionate about.”

“I’ve got very eclectic taste, and I find that it can be a burden, because I just amass books on such a scale over the year. I have a kind of spring cleaning at the end of the year; I’ll move on books that I bought on impulse, but that on hindsight aren’t that strong. I tend to manage it geographically: Europe, America, Japan. That seems to be the easiest way of putting things into certain categories. I suppose that, being from Britain, my largest collection would be British photography, and the 80s and 90s is my really passionate era, because that’s when I fell in love with photography.” 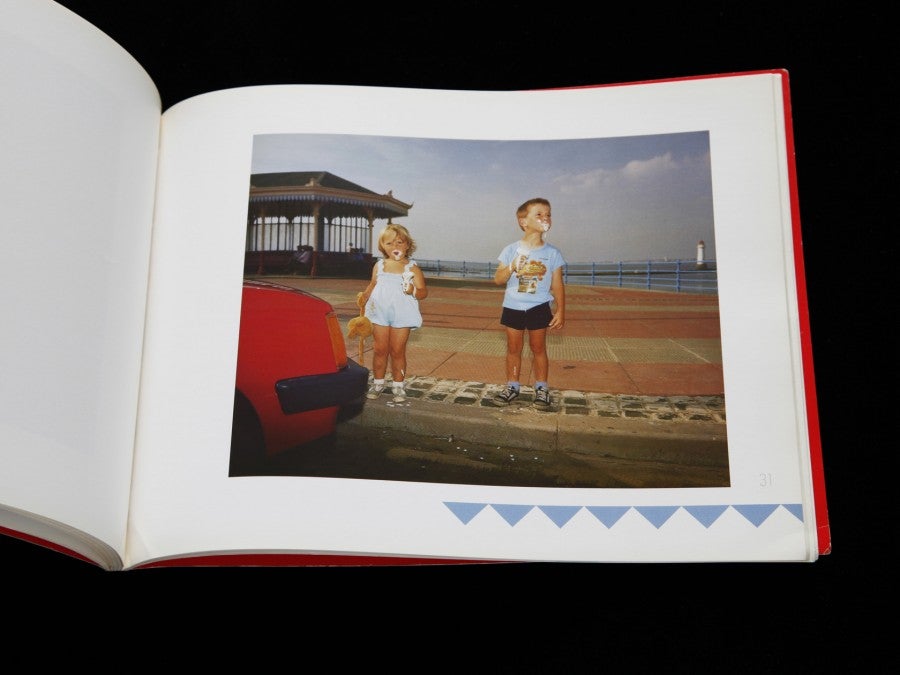 “More than anything, with the boom in photobooks in the last couple of years, you have to invest so much more time sifting through the mediocrity to find the special titles. The more time you invest in that, the more you find those special titles that are out there. I look at a publisher’s site, or a photographer’s site, or an email from a dealer every single day. I think that shows in the books that I would consider are the strongest books of the year that I’ve purchased. It’s like anything: the more you invest in it the more you get out of it.” “If it’s a new publication, I may go direct to the artist, if possible, or I go to a dealer in the same territory as the artist, because I may be able to get a signed copy. Wherever possible I try to get signed editions. For new releases, Dashwood Books in New York has a very strong eye and a great collection. Harper’s Books, for vintage books in pristine condition. Photo-eye is a very good service, for mainstream books. There’s photobookstore in the UK. There’s a new one, Photobook Corner in Portugal, and I really like what they’re doing. I don’t know how, but they’re very good at signed copies. As I said, I tend to look at websites, and then where possible, contact the photographer—I think this is important, because when I first started, I would never have dreamed of just sending the photographer an email directly, but the vast majority are thrilled to send a signed copy. They’re also earning a lot more money by selling it direct. I very, very, very rarely buy from eBay. In the past I’ve been stung very badly. I would rather buy from someone I have a relationship with.”

How to approach the used market

“With vintage books, say you’re looking at a book that’s been included in The Photobook: A History or one of those books, you’re at least talking $500, probably over $1000 now for many of those books. They’re not books you’re going to be buying all the time. Just sit back, and if there is one of those books that you know sells for $1000 or $1500, and you’re in some store and see it for $400 in OK condition, then, yeah, if you can afford it at the time then go for it. I was in Portland a couple of months ago at Ampersand Gallery, a fantastic gallery, and they had a copy of Ken Schles’ Invisible City, in perfect condition, and it was probably about $500 cheaper than I could buy it anywhere in New York. So it’s just research, constantly doing comparisons, knowing what books go for, and if you can afford it, making that impulse buy when you know that you’re getting a bargain.”

“There are lots of dealers right now that, when a key book comes out, put it straight away on eBay for extortionary costs. With Cristina de Middel’s The Afronauts, that happened very early on, when it was still available in some stores—Martin Parr had picked it up at Arles, and it was straight away hitting $200, even though you could find it for less than $100 in New York. That happens very quickly now. Unfortunately, as soon as there’s a little bit of a buzz online, I think people have this knee-jerk reaction: “Quick, I’ve just got to buy it.” If you just do a little bit of research, you can normally buy them cheaper. There’s this demand now, and when everyone does these best of lists at the end of the year, if the books are not already sold out they go very quickly. For new collectors, it’s sort of like, well, that’s great, but that’s not nurturing a collection around something you’re actually passionate about—a theme, a group of photographers, a movement. Some of the books that I’m most fond of in my collection are actually not worth that much. There isn’t that demand for it. Maybe it’s by an obscure photographer, but it’s key to the collection. I know other collectors who will sit and wait to see what Martin [Parr] or Alec [Soth] say are the best books of the year, and they will go out and pay silly money to have them, but that’s no way to build a collection. It’s like prospecting for gold.” 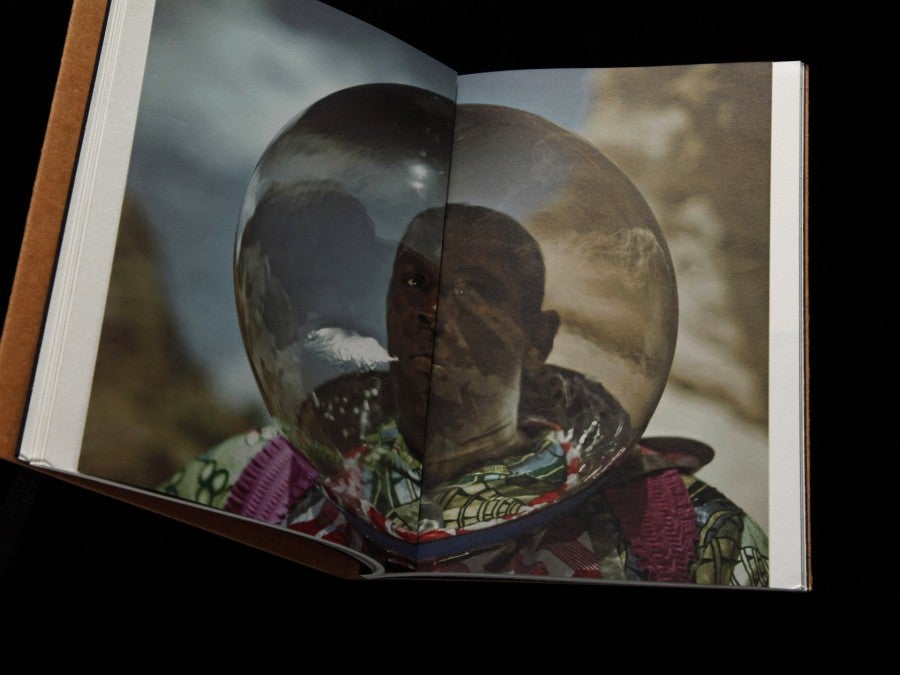 Dealing with trends in photobook publishing

“More and more publishers are doing these ridiculous, you know, 3 or 4 different covers, and that completely throws it all out the window. I’ll choose my favorite cover, but then what about all these other covers! And another cover might sell out faster! But, you know, it just becomes crazy. This year there have been a few books that have had different covers, and I’m not a fan of those, it puts me in an unhappy place. [laughs] Another minefield is special editions. If it’s an artist that I really like and I love the book, I do occasionally do buy special editions, but this shorthand of just getting the standard book and putting a print in, that I’m not a fan of. It should either be a different board, or a different stock, there should be a lot more effort put into it. Sometimes I’ll justify a purchase by saying that, if I needed to, down the road, I could sell it for 4, 5, 6, 10 times more, even though that’s not what I want to do. I know a lot of collectors that do that. But you can make a lot more money on the standard edition; the special edition is already expensive, so that’s a very small secondary market.”

“Books that are a little delicate—a lot of people are doing the Japanese binding, or cardboard covers without dust jackets—straight away you get fingerprints on them, and you get shelf wear. So I keep these books in resealable archival bags, so that when you pull them off the shelf, they’re not rubbing against each other. You can pull the book out, look at it, and then reseal it again. Things to watch out for are the corners, and wear to the boards from the books next to it. Take care when you’re sliding the book into the shelf, too. Predominantly, books of the 90s came with dust jackets. On the whole, they tend to be more conventional in design, and this actually makes them harder-wearing. Recently people are pushing the designs to stand out, with multiple papers, foil embossed covers, and all these elements make them a more vulnerable object.” 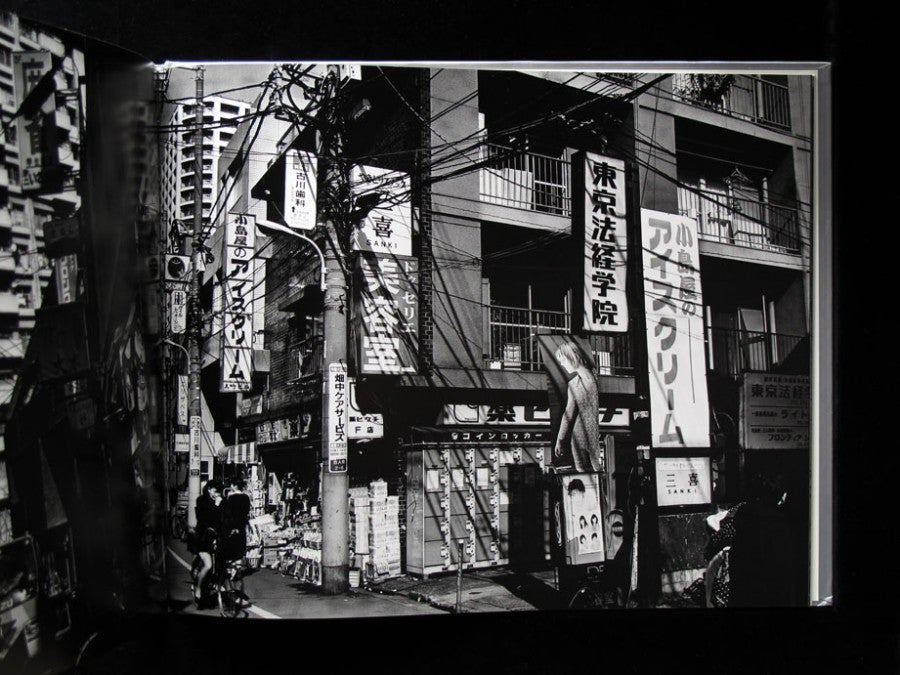 “The only slight venture off into the crazy land I do is that, if it’s a really strong book and I completely fall in love with it, I’ll buy two copies and keep one sealed. That is not to sell it on—I don’t sell on the really good books—but it’s a strange sort of collector’s thing. If it’s a really strong book, I’m forever wanting to share it with people, so the better the book the more it tends to get damaged or used, and just knowing that I have this pristine copy somehow satisfies me.”

Events to check out

“The New York Art Book Fair is a phenomenal event. It’s a real cross-section: what’s great about that fair is that while big publishers are there selling large editions, there also people selling homemade zines. It’s a great festival to do research, and to look at what’s being produced across a really wide spectrum. Paris Photo is also a great research event because you can see the work being exhibited and get an understanding of what’s selling, because ultimately that does reflect in the sales of photobooks.”

“Collect something smaller and less expensive! You are collecting these very heavy, very big, very expensive objects, and sometimes they do become a burden. The thought of moving, of shipping the books from London—it’s horrendous. Sometimes you do feel like you’re married these things, that they are your life. A trip, a holiday, is based around a visit to a photographer’s studio, or a book dealer. It becomes an obsession.” 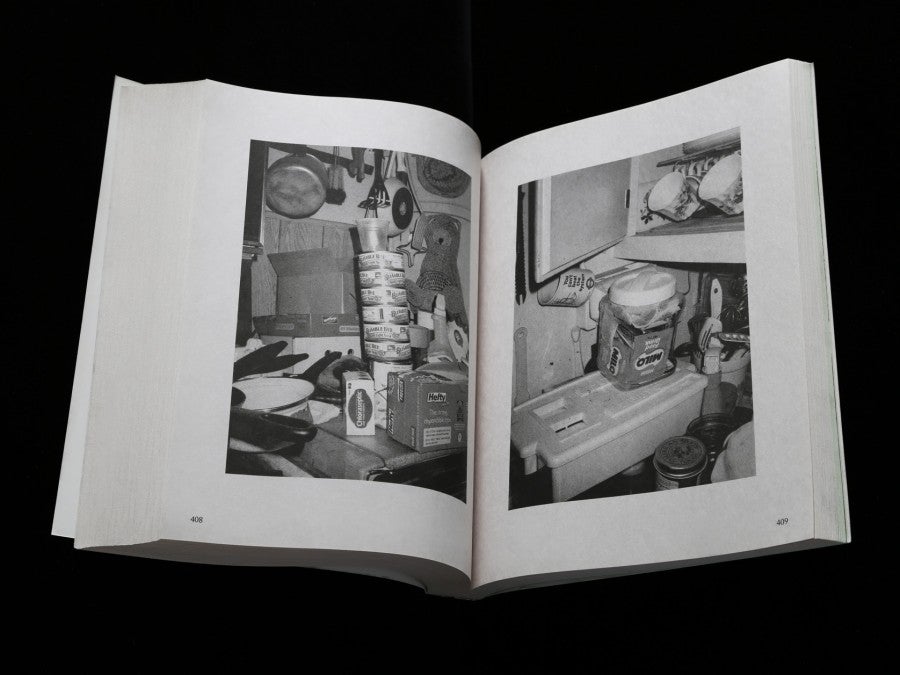