Photo-Poetics: An Anthology Examines the Role of the Photographic Object

"This is not selfie-friendly work" 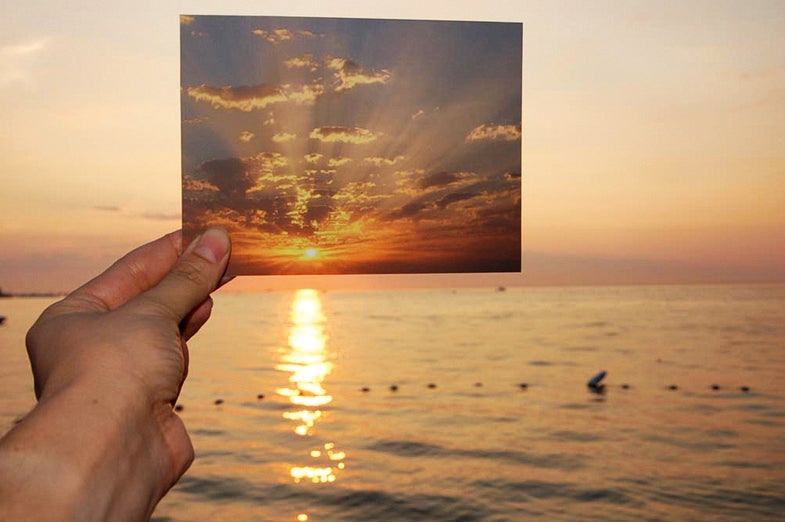 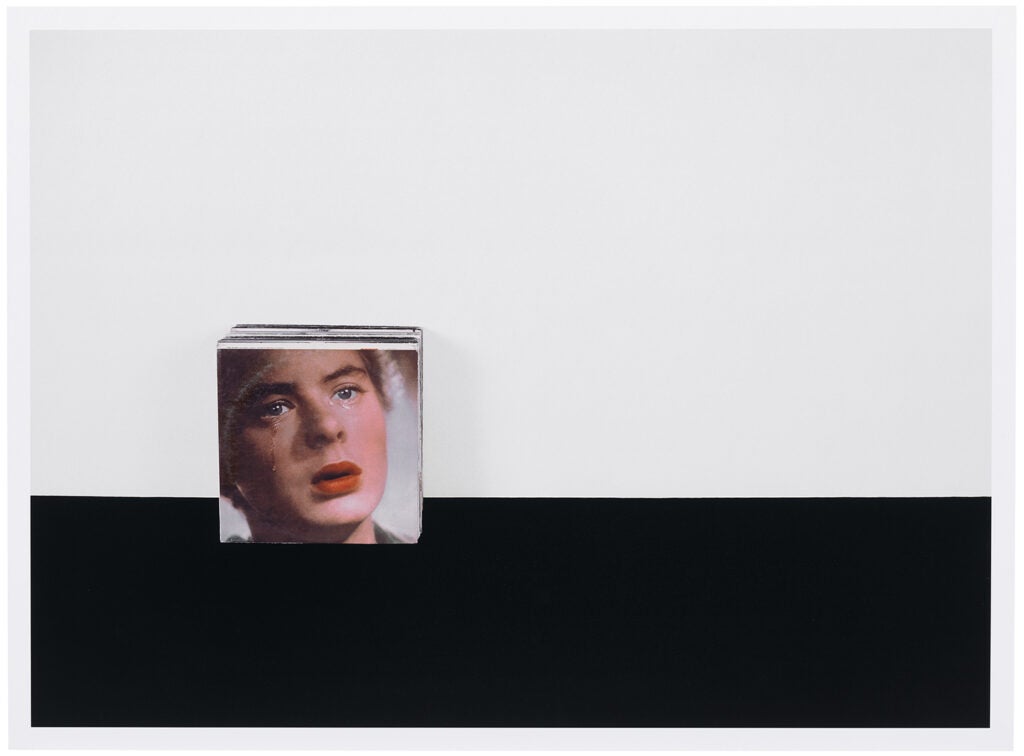 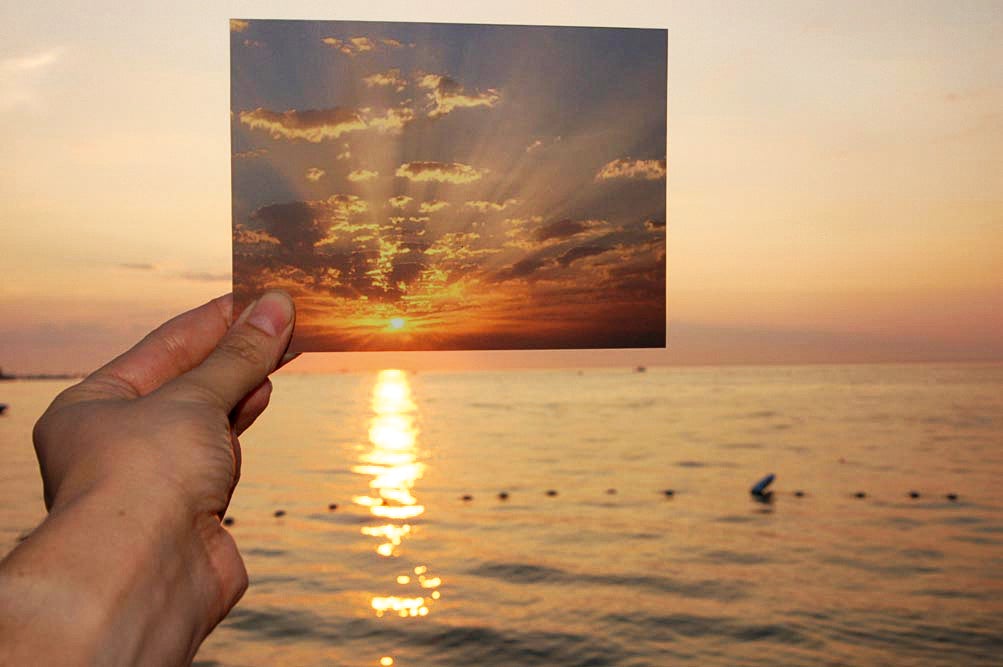 The Sun is Always Setting Somewhere Else, 2006 (detail) 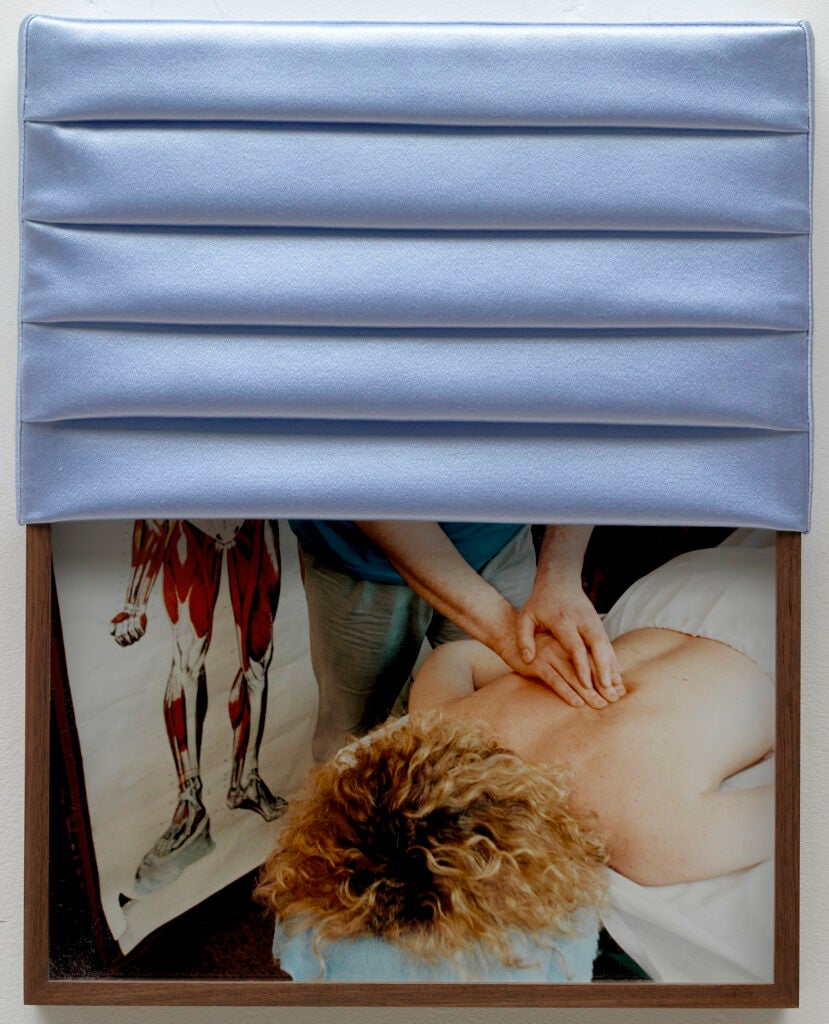 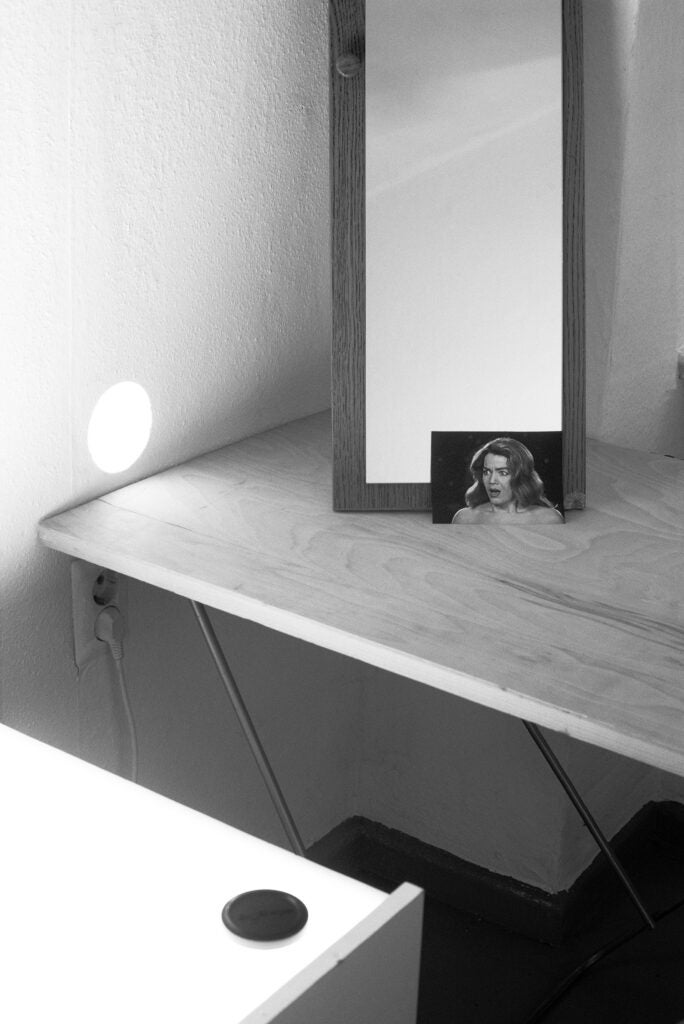 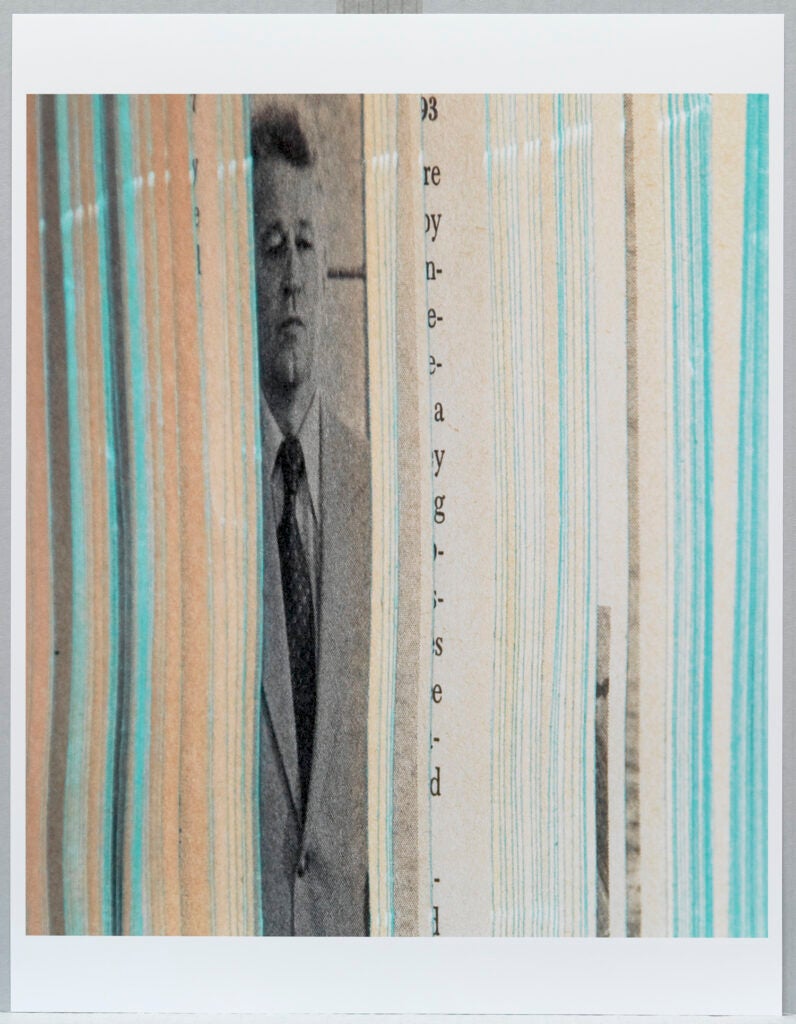 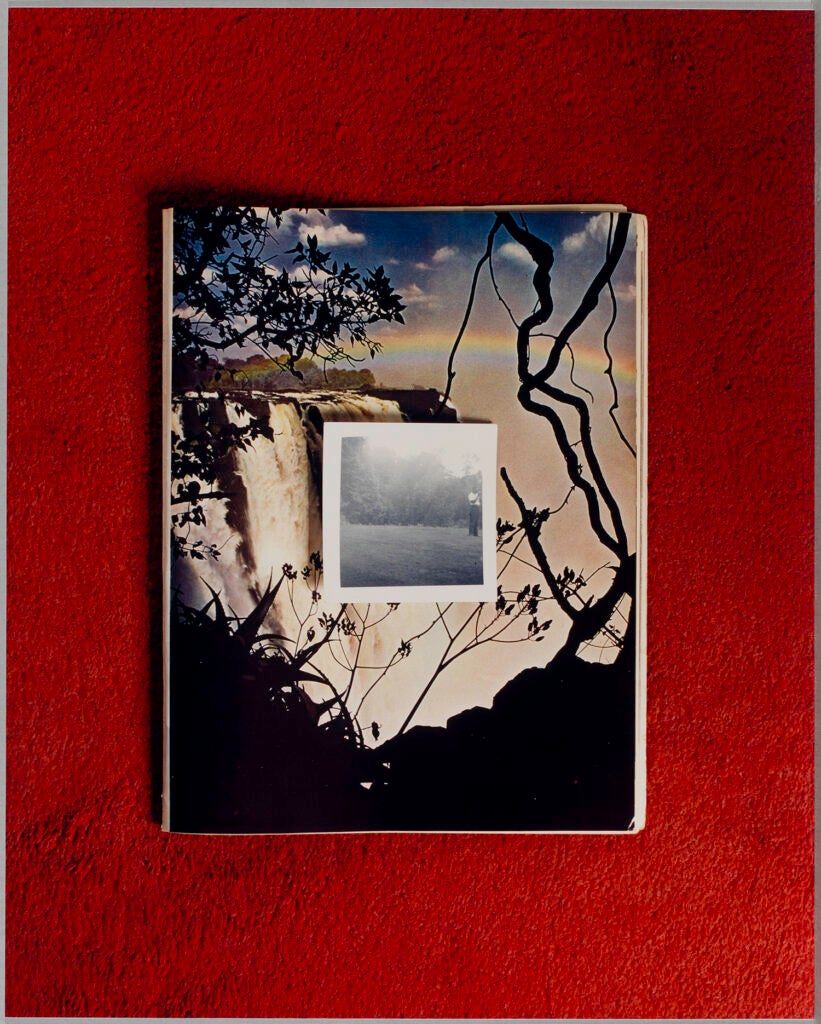 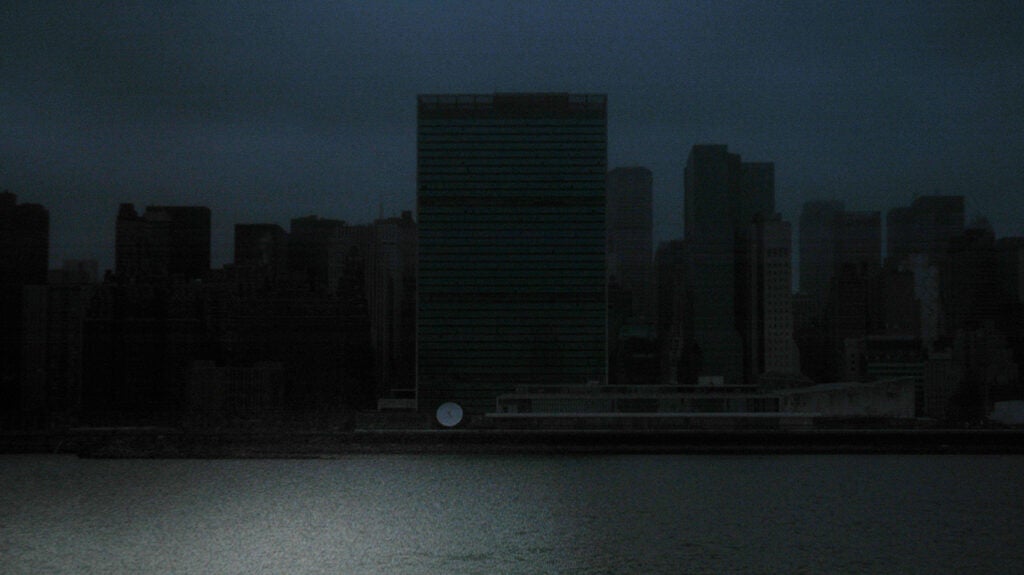 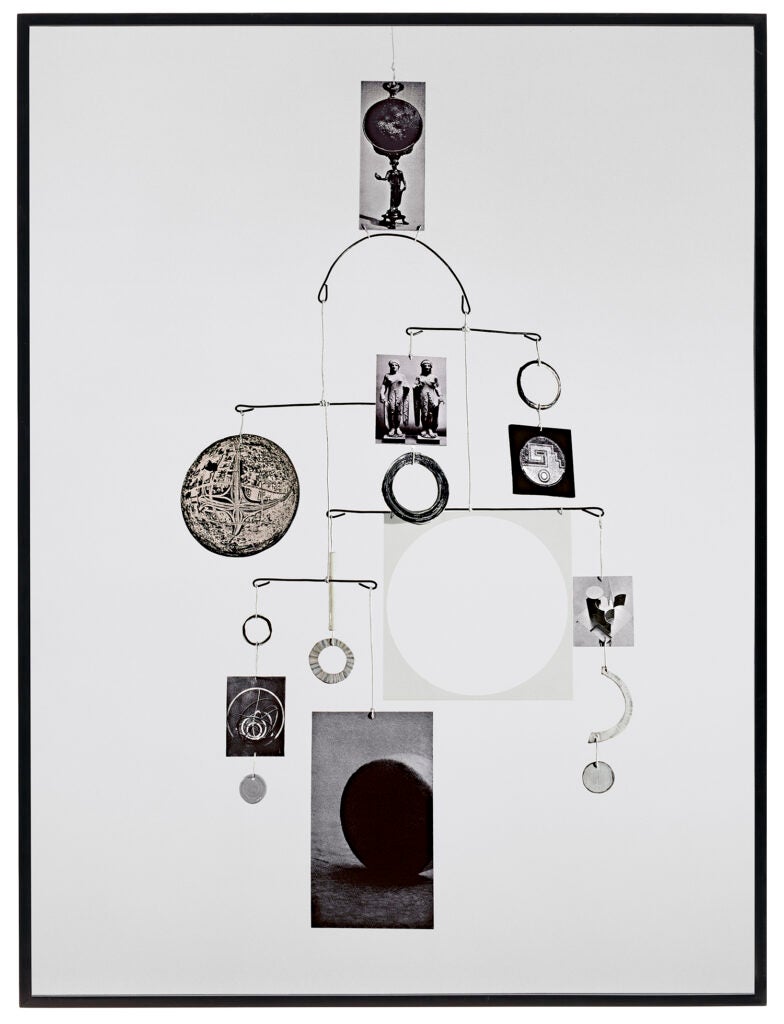 From the Means of Reproduction, 2007 At first glance, German artist Claudia Angelmaier’s photograph “Betty” doesn’t look like anything in particular, just a simple grey rectangle. But after a few seconds, it becomes clear that it’s actually the back of a postcard, with a ghostly image of a woman showing through from the back.

It’s not exactly the kind of thing that pops in an Instagram feed or a Facebook post, but it’s precisely the kind of subtle photography Guggenheim photo curator Jennifer Blessing wants viewers to appreciate as part of the museum’s upcoming exhibition.

“This is not selfie-friendly work,” says Jennifer Blessing, senior curator of photography at the museum. “You need to look at it. It’s quiet and contemplative.” These are images that need to be viewed in real life—not just on a screen.

Photo-Poetics: An Anthology opens on November 20 and will remain on view through March 23, 2016. It features more than 70 pieces from ten international artists who are representative of a new movement in contemporary photography that has photographers utilizing found images and material to tell a larger story.

“In the last ten years, I started to notice the kind of work made in studios based on objects that carry a lot of meaning without actually being portraits,” Blessing says.

“Jaws”, a piece from Erica Baum, shows a worn copy of a paperback book with a still from the 1975 film peeking out from between the pages and Anne Collier’s photograph “Crying” shows the image of a woman featured on an album cover on top of a stack of records over a plain grey and black background.

Blessing says that an important part of setting up the exhibition was showcasing each artist individually.

“Really it’s a group of solo shows,” she says, noting that she worked with every artist to best determine how to show their work, whether it was large-scale prints or 16mm film.

Lisa Oppenheim’s photo series, “The Sun is Always Setting Somewhere Else”, is shown using a Kodak Ektagraphic slide projector that clicks through images showing a hand holding various photos of sunsets against another horizon. For both artist and curator, the sound, heat and even smell of the machine and the watercolor effect it creates are just as important as the images themselves.

And while many pieces feature images taken by other photographers, Blessing explains that the artists haven’t appropriated the work, but are using it to tell a larger story.

For example, the ten photos in Leslie Hewitt’s “Riffs on Real Time” include everything from found snapshots to old documents piled on top of one another and Sarah VanDerBeek’s “From the Means of Reproduction” is a photograph of multiple photographic reproductions, hung on a mobile.

This kind of use, Blessing says, represents how photographers think about photography. It forces viewers to realize that photographs can be pieces of art in and of themselves.

“There’s a certain anxiety that we’ve lost something with the vast numbers of digital work, but this isn’t quaint or nostalgic,” she says. “What people forget is that photos as objects are quite beautiful.”