Photo of the Day: The Yosemite Wildfire, From Space

Taken on Sunday, this NASA satellite image shows the enormous scope of the California Rim Fire that continues to grow... 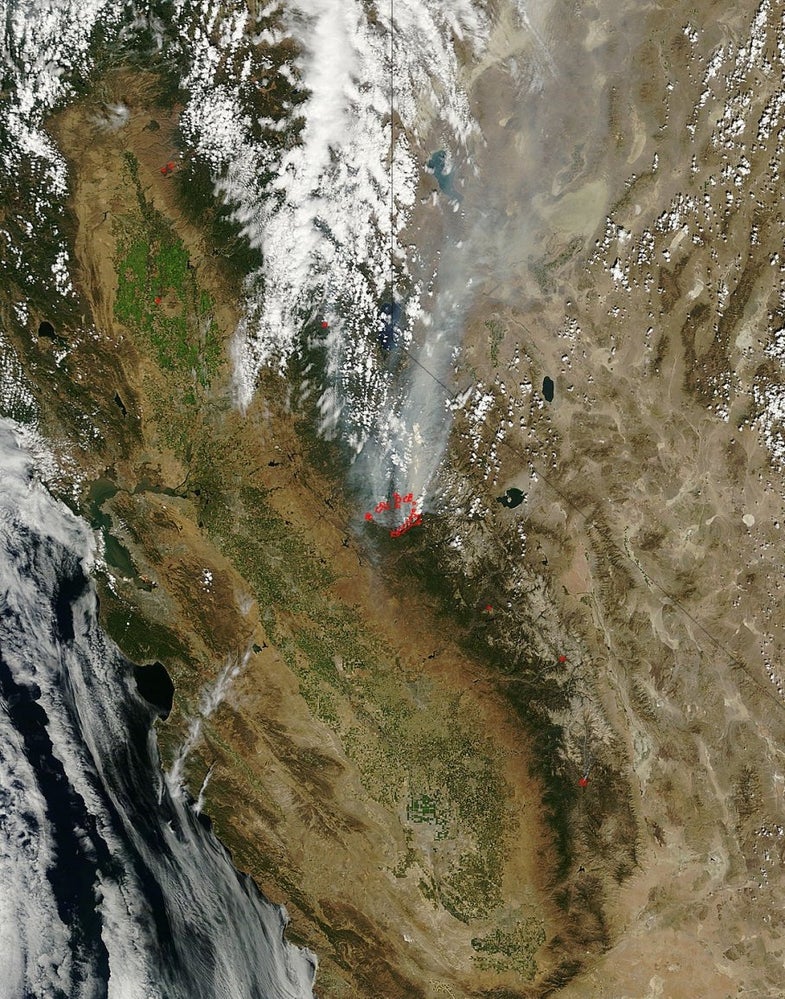 Taken on Sunday, this NASA satellite image shows the enormous scope of the California Rim Fire that continues to grow in size and threaten Yosemite National Park.

Our friends over at PopSci explain:

NASA’s Moderate Resolution Imaging Spectroradiometer, carried on its Terra satellite, captured this image of the enormous Rim Fire in Yosemite National Park at 10:45 a.m. local time yesterday, August 25. You can see the enormous amount of smoke coming off the fire, as well as other wildfires in the state and whiter clouds in the sky.

The fires themselves look like bright red markings someone made on the photo after the fact because MODIS doesn’t actually “see” fires using visible light. Instead, it gathers thermal data that describes where fires are, then MODIS scientists add that data to the satellite photos, which show land, smoke and clouds.

For more on the science behind the Rim Fire, head to PopSci.com.