Photo of the Day: Meet Wolodja, The Polar Bear

It’s Friday and all around the world, tragedy and triumph are dominating the newscycle. But we have the rest of... 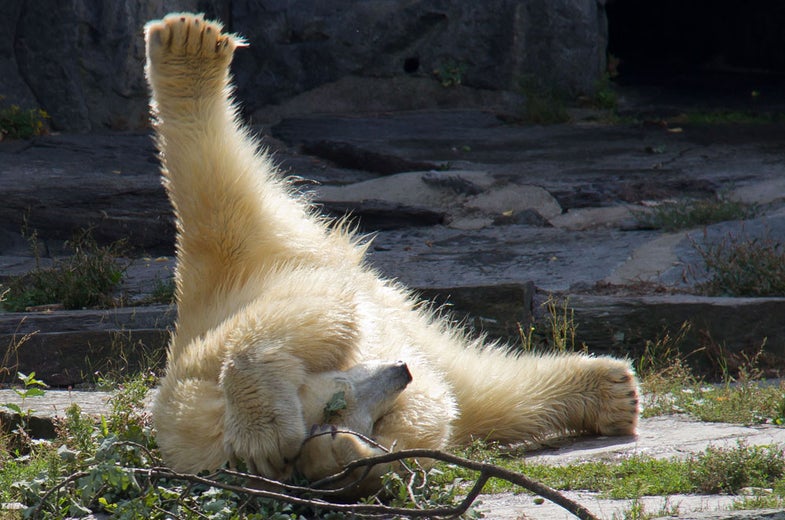 Wolodja, a young male polar bear plays in its enclosure at the animal park in Berlin-Friedrichsfelde, Germany, Friday, Aug. 23, 2013. The two-year-old male bear was born on Nov. 27, 2011 in Moscow and arrived in Berlin on Aug. 9, 2013. In Berlin, Wolodja is meant to be a mate for female polar bear Tonja. (AP Photo/dpa, Susanne Petersohn). Susanne Petersohn
SHARE

It’s Friday and all around the world, tragedy and triumph are dominating the newscycle. But we have the rest of the week to fixate on those types of things. Instead, here is a two year old polar bear stretching out for a nice snooze at an animal park in Germany. The polar bear’s name is Wolodja, he is expected to mate with with Tonja, a female polar bear located in the same enclosure, who according to Wolodja, is “a total hottie.”

Susanne Petersohn is a staff photographer for Deutsche Presse-Agentur, who partner with the Associated Press. She is based in Germany.