An unruly crowd broke out into a full-scale riot this weekend in Huntington Beach, California, on the final day of... 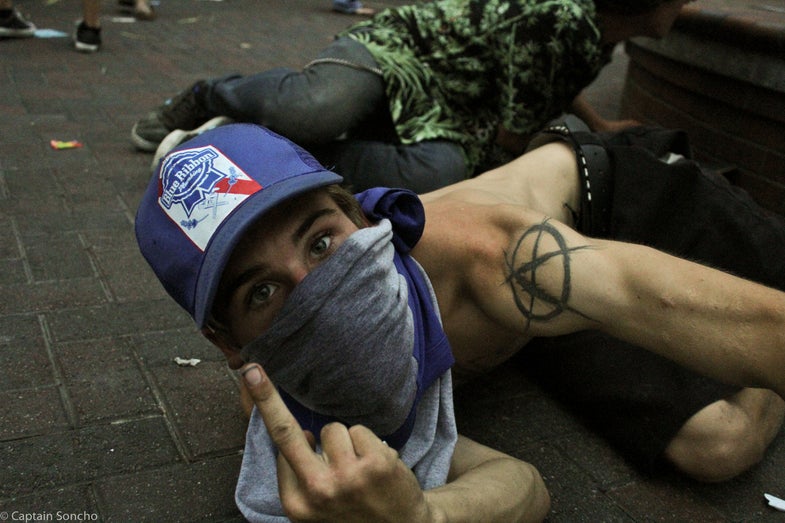 An unruly crowd broke out into a full-scale riot this weekend in Huntington Beach, California, on the final day of the US Open of Surfing.

The photographer of this image, who was unlucky enough to be hit by the police department’s non-lethal projectles, is based in Huntington Beach, California. He runs CaptainSoncho.org.

“When I arrived downtown, Huntington police were in riot gear and were lined up. People started throwing glass bottles and whatever they could get there hands onto. Police shot rubber bullets into the crowd. I was shot 4 times by rubber bullets and tear-gassed but that was because I was in the middle of all the chaos. I only felt threatened when a cop pointed his gun at me when I was only about 15 feet from him…”

The similarities between the two sets of images are uncanny. Check out a gallery of Waplington’s photographs here, then head to CaptainSoncho.org for more from this weekend.