Parting Shot: Party of One

For some, the notion of “suburbia” conjures tidy homes, green lawns, and aspirations for peace and quiet and good schools.... 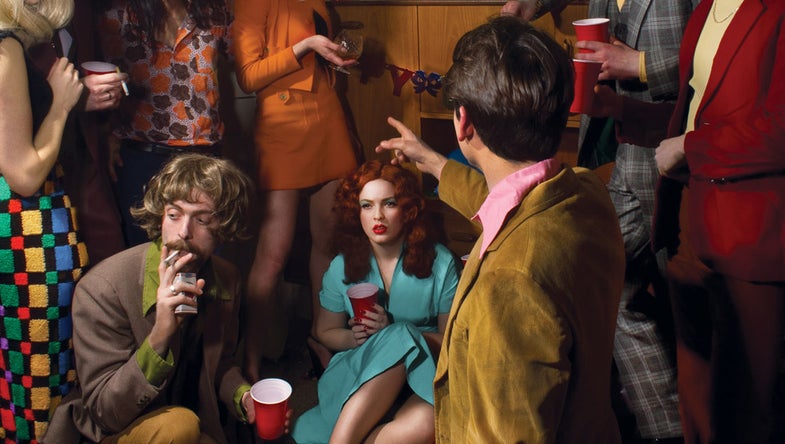 For some, the notion of “suburbia” conjures tidy homes, green lawns, and aspirations for peace and quiet and good schools. For others, such as the photographer Nadia Lee Cohen, darkness and disillusionment lurk behind the shiny facades. Strongly influenced by filmmakers like David Lynch, John Waters, Russ Meyers, and Alfred Hitchcock, Cohen’s series—with names like Mr. & Mrs. Teavee and American Nightmare—feature imaginary small towns populated by grotesquely glamorous and tormented residents.

Each series, involving intense storyboarding and creation of characters, takes several months to create. Cohen, currently getting her master’s in fashion photography in London, enlists her friends as models and dramatically changes their appearance with heavy makeup, wigs, and costumes (or in some photos, a lack thereof). The women in her images reflect familiar Hollywood stereotypes, and Cohen attempts to capture resonant moments in their fictional lives. In the image shown above, “The Party,” from the series Hollow Heights about a town by the same name, one guest sits alone, isolated amidst chaos, seemingly full of longing and stranded from her desired destination. A sense of loneliness and discontent is palpable.

“This was one of the hardest photos I have ever had to produce,” Cohen says. “All my friends were actually drinking and having a party. At times they got a little difficult to control!”