Parting Shot: The Most Frigid City on Earth

Geneva-based Steeve Iuncker set himself a personal project that would send him traveling the world. The photographer, who is a... 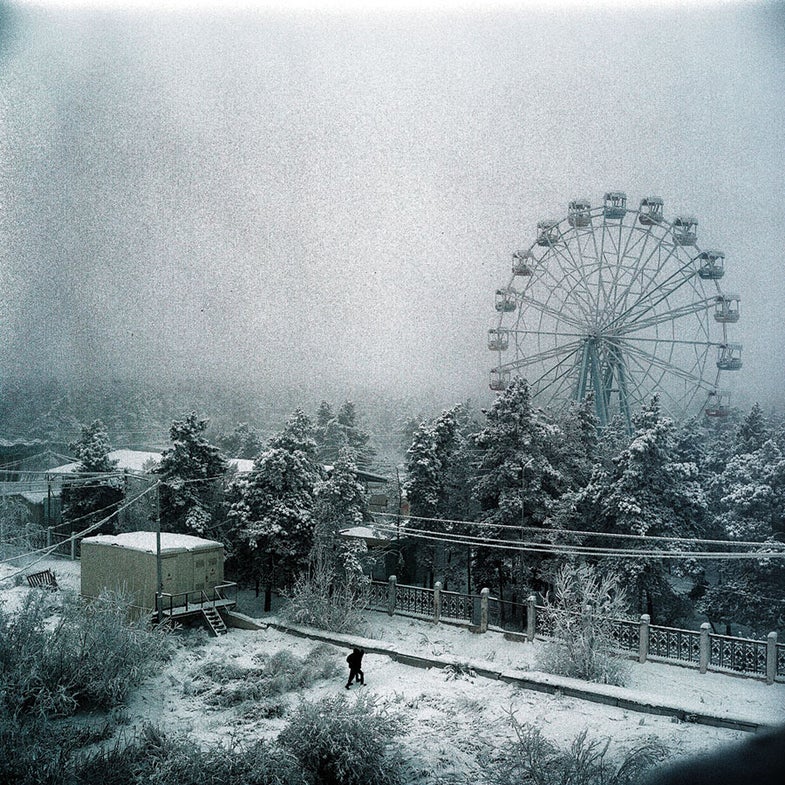 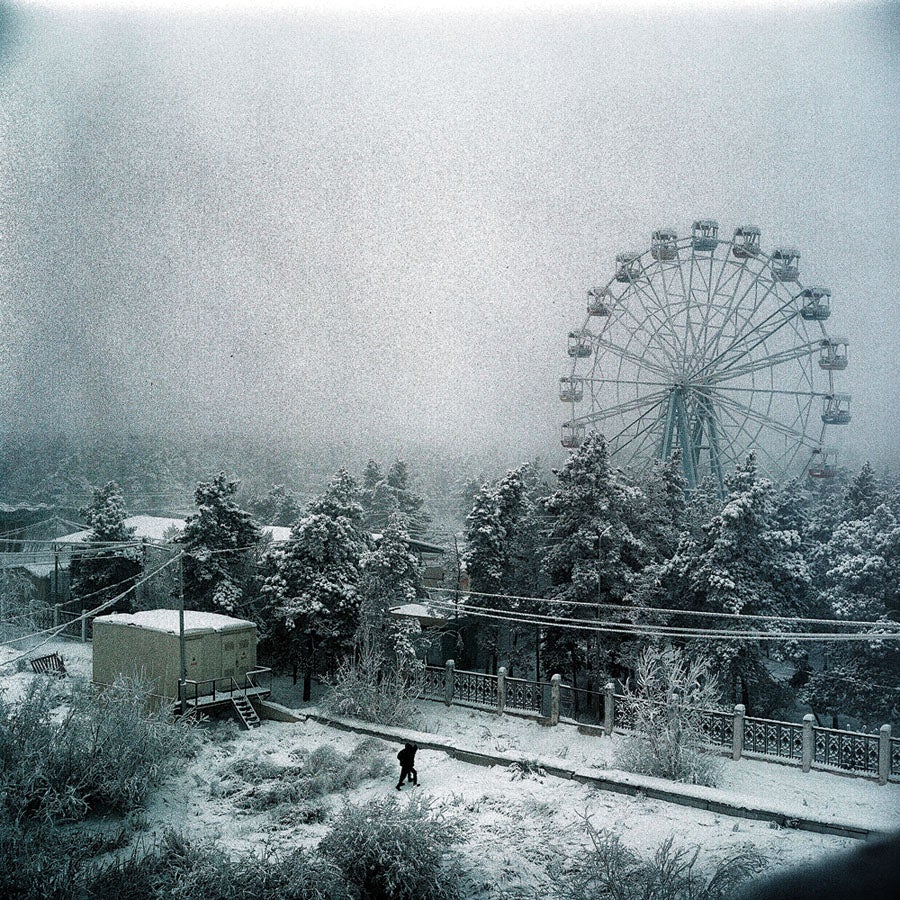 Yakutsk: coldest city in the world

A Ferris wheel in Yakutsk, Russia.

Geneva-based Steeve Iuncker set himself a personal project that would send him traveling the world. The photographer, who is a member of Agence VU, is capturing urban “mosts”—the richest city, the most populated, the most violent. His first destination: the coldest.

Iuncker stayed with a family there for 10 days. On his tour of the city, he says, when any of the 270,000 residents appeared, they were heavily wrapped, looking like distant ghosts.

While shooting, Iuncker’s hands would go numb almost immediately, and within 15 minutes his frost-covered cameras would jam. He’d have to go back inside to warm himself and his equipment. It was on just such a break, while having tea in a shop, that Iuncker spotted a Ferris wheel through the window. Struck by the gap between the expected liveliness of an amusement park and the stillness caused by the extraordinary chill, he created this haunting photograph.