Amid the big name, big money William Egglestons and Thomas Struths hanging on the walls around you at Paris Photo,... 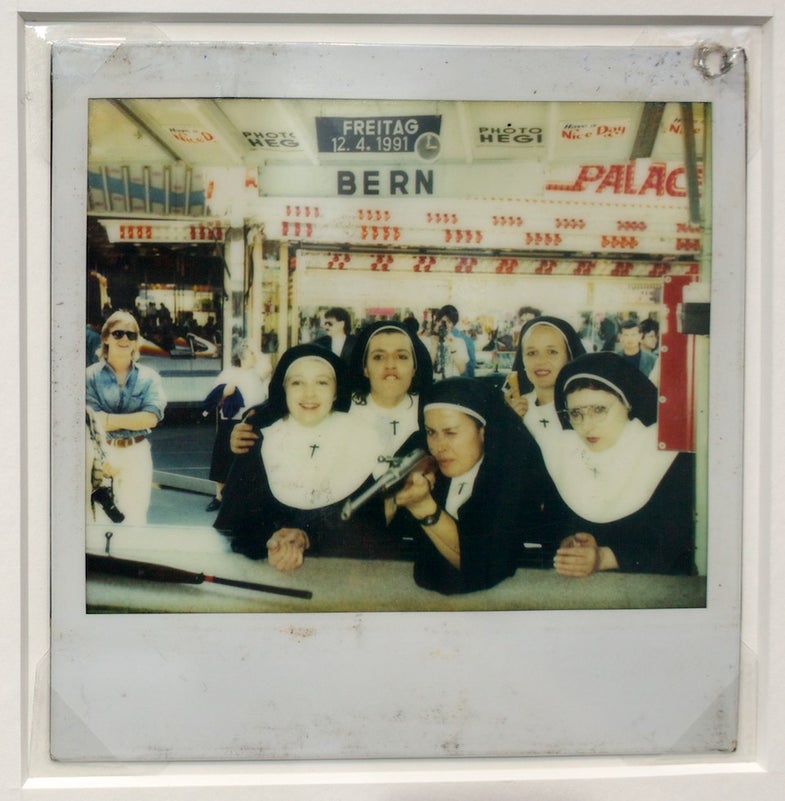 Amid the big name, big money William Egglestons and Thomas Struths hanging on the walls around you at Paris Photo, there are more than a few small treasures to be found. If you have the stamina.

These Polaroids of a fairground shooting gallery in Europe were perhaps my favorite subtle gems of the show. I found them in the booth for Lausanne, Switzerland’s Museé d’Elysée, one of Europe’s more prominent photography-only museums. Perhaps out of the Swiss penchant for neutrality, the Musée d’Elysée is the primary European holder of a major archive of Polaroids, established by Polaroid founder Edwin Land in the 19TKs.

These images are from that collection, and they were presented here in Paris under the name “Fairground Photographic Shooting Stand, 1972-1990.” There was no more information given, but does there need to be?

I love seeing what is in my mind is a very American thing–the fairground carnival game–happening all across Europe, as indicated by the interchangeable-letter sign spelling out the current ciity. I love the fashion. I love the woman posing for the camera, ignoring her companion while he aims steady. And God, I love the nuns.

The Museé d’Elysée must have a lot more of these shooting booth photographs in their collection–a bit of research yielded an exhibition called “Shoot!” staged last year at another arts festival in France (a writeup can be found here) composed of similar photographs. But no matter what their progeny, I love them. The photographic value that exists in archives such as this around the world is truly staggering.