The Ones That Got Away

I’m somewhat embarrassed to admit that I only recently discovered Animal New York’s “I Should Have Shot That” series. The... 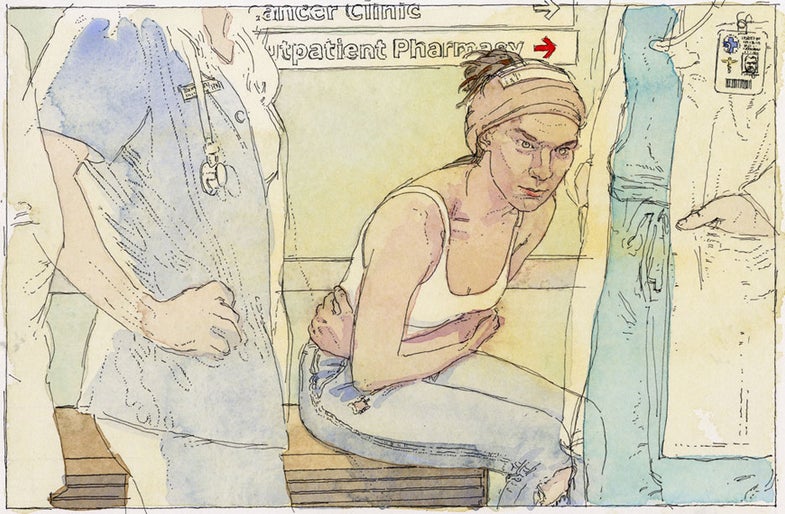 I’m somewhat embarrassed to admit that I only recently discovered Animal New York’s “I Should Have Shot That” series. The idea is simple: ask photographers about a moment in their lives they regret not shooting. Then, along with the story in the photographer’s own words, the illustrator James Noel Smith recreates the shot-that-never-was in watercolor.

The most recent installment is with Tony Fouhse, a Canadian photographer whose striking portraits document the lives of drug addicts in and around Ottawa. Fouhse’s work in that community is powerful, largely due to the close personal relationships he’s created with his subjects.

In Fouhse’s photographs, the line between work and life starts to blur, which makes the question of “should I photograph this” even more difficult. It’s a common theme in many of the photographers’ stories in the series, and it struck me as being an entirely familiar feeling, even in my own decidedly non-professional photographic life. Even for the casual snapshooter or Instagrammer, the decision to either pause and photograph life as it happens, or to let the moment pass undocumented (and, as the assumption often goes, more purely lived) can create an interesting tension.

But for most pro photographers I’ve encountered, the view of life through the camera lens is no less “real” or even separate from life outside. Which makes the moments they regret not capturing all the more interesting.