One to Watch: James Chororos Photographs the Everyday

In a scorching summer day on the Upper West Side, photographer James Chororos has no trouble keeping his cool. Just... 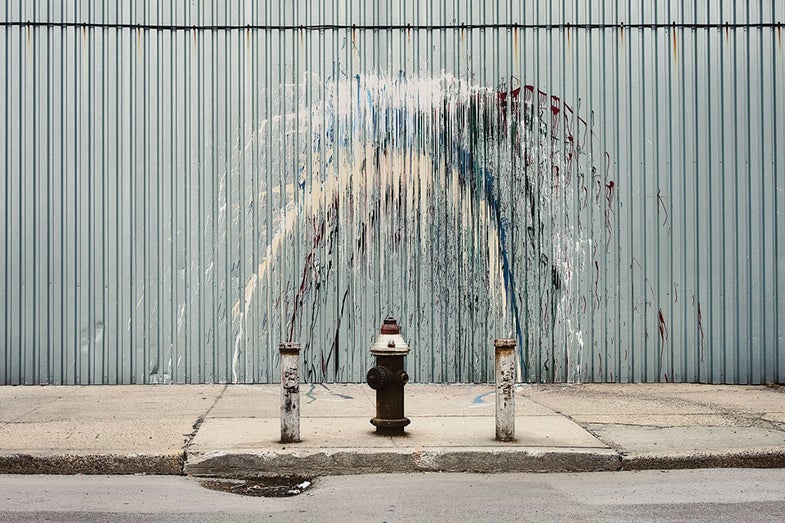 In a scorching summer day on the Upper West Side, photographer James Chororos has no trouble keeping his cool. Just shy of his 30th birthday, he exudes the quiet confidence of someone used to taking things in stride. Lately, this includes tackling more than a few benchmarks, such as a new Manhattan studio (relocated from Brooklyn) and the growing buzz around his multifaceted freelance practice—a mixture of technical polish and poetic abandon that he’s made his own. This would be an accomplishment for any young photographer, much less one who made the leap less than a year ago after abandoning a promising career in architecture to pursue a growing passion for the lens.

As he notes with unstudied candor, the shift was far from planned. “To be honest,” he says, “the reason was very personal: My father became ill and passed away, and that experience made me reevaluate everything. Architecture was something I’d always wanted to do, and I was good at it. But I wasn’t as happy as I could be working on projects that sometimes take years and years to complete. Image making was the opposite. It’s all about rapid production, very energetic; you’re out in the wild. I never had time to think if I was good—I just did it.”

Then again, this was the latest juncture in a long creative journey. As seen in his exacting structural shots and emotive portraits, his visual calling has deep and varied roots. Initially studying fine arts at Rutgers University, he made the leap to engineering before tackling a graduate degree in architecture at the New Jersey Institute of Technology.

That’s where he took up photography. “In graduate school, it was suggested by a couple of professors to get a DSLR to document our works, drawings, and things that inspired us,” he says. “That was the first time I picked up a digital camera.”

Chororos’s new passion did not immediately sway him from the straight and narrow, especially after he landed a coveted spot at a prestigious New York architecture firm, Studio Daniel Libeskind, just before graduating in 2010. The following years proved to be a juggling act between professional demands and his avocation. “I was very involved in the architecture track, and I didn’t have much free time,” he recalls. “I was working weekends, editing at night. I would shoot after work, whenever I could. I was always furiously making images.”

The outlet for this output proved to be another turning point. Chororos launched his own blog, which quickly became popular. “I started gaining a lot of followers, and eventually started getting job offers from the things I was posting online.”

Combined with image-sharing apps like Insta­gram, the blogosphere afforded Chororos a rich platform to share ideas with pros and amateurs alike. “I started to post so I could evaluate my own work, have this stream of images and keep things fun.” Yet the experiment opened him up to new commercial work, online collaborations, and personal projects such as his deeply affecting images of the Rockaways in the wake of Hurricane Sandy.

“It was very compelling to shoot there,” he says. “You had this sense of awe, but you also have the reality of people dealing with the displacement.”

Chororos is now in talks about an exhibition in New York and attending to a growing roster of commercial clients. His biggest challenge to date? “Architectural shoots,” he says. “Sometimes too much education can work against creativity. I like the exploration and challenge, which keeps things interesting and new.”

jameschororos.com
Lives In: New York City
Studied At: Rutgers University (fine art); New Jersey Institute of Technology (architecture)
Lesson Learned: **“How little technical knowledge means without experience,” Chororos says. “Having confidence in your vision and knowing what to do next out there in a variety of different scenarios is invaluable.”
**In the Bag: “Most of my personal work is shot with a Fujifilm X-Pro1,” he says. “I love using it because it’s so compact and it can be a little unpredictable. For professional work, I carry two bodies, both Canon EOS 5D Mark II: It’s reliable and versatile, and it performs great in low light and extreme daylight.”