One to Watch: Ashley Garner 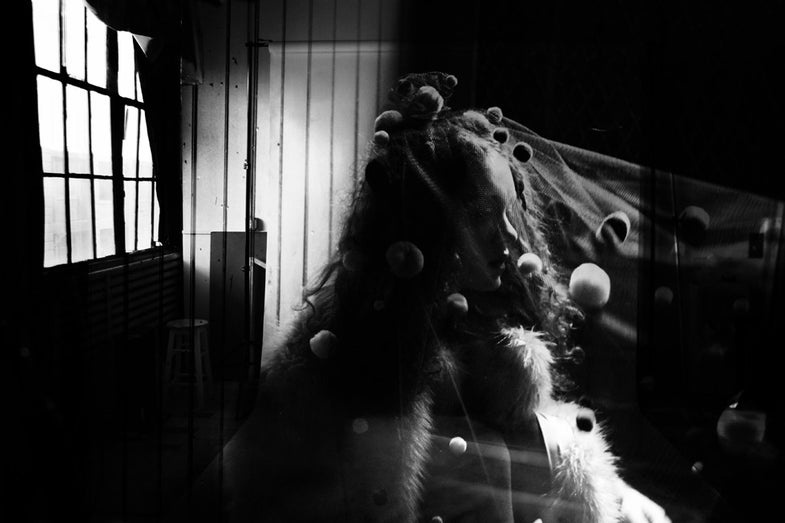 Dan: Tell me a little about yourself. I know you are somewhat new to New York.

Ashley: I was born in Savannah, Georgia, raised in North Carolina, near Asheville and ended up in Miami for college. Did five years in Miami and I just graduated in December. I moved up here because I got offered a job at Scope. It has been ten years in the making trying to get here. I knew I was going to come here even if I didn’t have a job.

What did you study in college?

Fine art and art history, so I double majored and my fine art degree was focused on photography, digital media and fashion.

So it seems like photography was not initially your primary focus? When did that change?

I used to model in Miami and freelanced for a few years. Then one day I just started getting fed up with the photos I was getting back. I was like, “You know what? I’m going to quit modeling because people aren’t seeing me the way that I see me.” That’s when the self-portrait series started because I’ve always used clothing as my medium of expression and so photography just went hand-in-hand with that.

Some people express their style through writing, others through painting, and I express my style through my day-to-day dress. It’s a very temporal thing that’s constantly evolving. Of course [when I first started shooting] I was documenting my surroundings as well as myself and just started trying to make the connections between the two. What are these things that influences the way that I choose to express myself? It started with just the environment and now it has transitioned into, you know, the fact that we live in this digital age where all these other things are influencing us.

So it is more of a working process, than a pre-visualization, to come to that final image?

Yes. Sometimes I’ll go in with one thing in mind and I’ll get that one thing, and other times I’ll go in and something completely different will happen. Or I’ll just be out and about and just think to myself, “I randomly feel like taking a picture right here. Let’s do it.” Then afterwards, it will either be the next day or months later, I’ll go back and go through hundreds of photos of things that have inspired me, my environment, and I’ll also look at the self-portrait. And I’ll ask myself, how did I feel about this moment now that I’m looking back on it?

I guess that’s the process: Just throwing all these images into Photoshop and seeing what happens, playing with textures and layers here and there.

One thing that jumps out is it seems like there’s a lot of double exposure work going on. Do you ever do in-camera double exposures or is it more on the processing side that you’re putting things together?

I used to do it in-camera and it just wasn’t coming out the way that I wanted and as an artist, that’s kind of how it happens. I was doing it in-camera and then I realized afterwards that things that were happening weeks later or weeks before were related to that moment still.

How many images go into one final photo and what’s the process in terms of length?

It can take anywhere from five minutes to 10 hours. It just depends on how the layers I’m working with mesh and my mood at the time.

Some of your photos are more organic, more natural in their backgrounds, while others are far more urban and gritty. Why is that?

My entire body of work when I was living in Miami was all nature-based even though I was living in the city and I think that was kind of my reaching back to my North Carolina roots and growing up in a country. It has transitioned into two bodies of work now, I guess, man-made environment and natural environment. I feel like they’re all still the same series, just with different influences.

So when did you start shooting?

Tell me about when you first picked up a camera.

[At the time] I was really uninterested in school because I was just doing my basic math, science and English classes and I wasn’t doing anything creative. I almost failed out of school and decided to finally take a photography class just to keep myself interested. I had friends that I went to school with who had taken pictures of me when I was modeling, and they were like, “You should go for it.”

Our school was almost completely film-based, and my photography teacher actually hated me at first. I was the worst … I look back over that first body of work and it was so bad. Then, I just got really, really into it for some reason or another and realized that I wanted to try to start photographing myself.

Your photos have a very dream-like quality to them. Tell me a little bit about what interests you aesthetically.

Obviously, being interested in fashion, there’s this fantasy part of it that is hard to ignore.

Where do you see this series going as you progress?

I really don’t know. I have no plans. I’m definitely going to be approaching galleries just to see what the response is because it’s definitely … it’s a body of work that … I mean, self-portrait has been done over and over again but I feel like there’s something happening that I just don’t know how … I can’t look at my work objectively anymore unfortunately.

How has your relatively short time in New York changed the way you shoot?

Before I lived in New York, I always dressed in non-normal ways, I guess. I don’t know, a little more creative and I had no problem getting dressed like that in my room. I was like, “I loved this outfit. This looks amazing. I’m ready to go outside.”

Then, I would step outside and I would feel so much anxiety just because of people looking at me like I’m crazy. It would never stop me at all, but I’ve always felt a lot of stress and pressure for dressing the way I wanted, even in Miami. Miami does not have as much of a creative atmosphere as you would think.

In New York, I can walk here and I’d feel absolutely no pressure. No one cares. No one gives a shit. It’s just like, yeah, do whatever you want. I went out the other night in … with this blaze mask covering my face and this crazy long wedding dress, just because I wanted to and nobody said anything. They were just like, “Hey, what’s up?” I’m like, “Chillin’.”

On the other hand, it can be difficult to shoot here because I always put my camera up on a tripod and then I walk 10 feet away from it [to make my photo]. I have been very nervous about finding the right spot, in case somebody just comes out of nowhere and grabs my camera.

Photography made me self aware. It also made me analyze the language of dress and how much we say about ourselves through clothing whether you mean to or not. By taking this route I began to think about the fashion industry through the eyes of a fine artist and realized that there was no difference between the two.