For New Photography, Look to Lima

It might be the middle of summer now, but in just a couple of months we’ll be in the full... 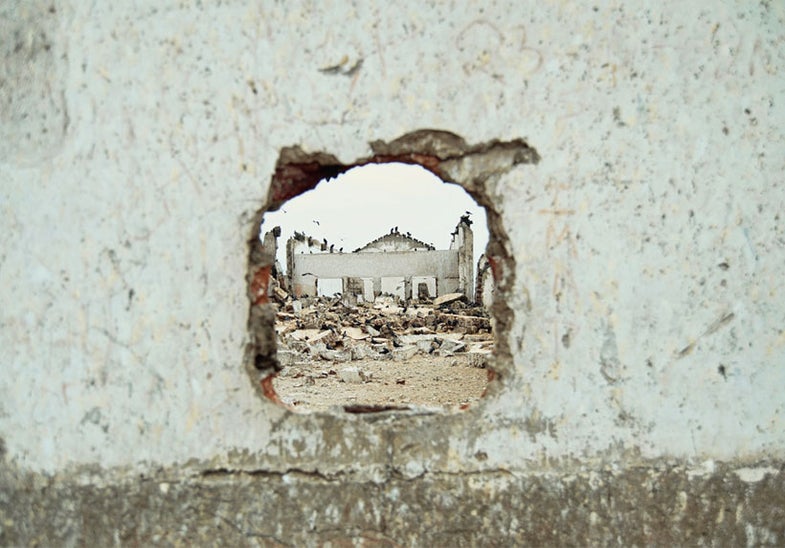 It might be the middle of summer now, but in just a couple of months we’ll be in the full swing of the hectic photography event season. Most of the focus will be on European countries, where the highest-profile events—Unseen Photo Fair (Amsterdam), Fotobook Festival (Kassel, Germany) and Paris Photo—all take place. This week, though, there’s another international photography event that’s worth your attention: the fourth annual Lima Photo, which is happening between from August 7 – 11. It’s highly possible that you don’t live anywhere near Peru, or South America in general, but even so, it’s worth taking a look at this event.

I’m interested in Lima Photo for a very simple reason: it’s a good way to see what’s happening in a part of the world that is only just beginning to receive worldwide attention. Aperture has recently published The Latin American Photobook, which offers a history of photography in the region, but can you name any contemporary South American photographer? Even a couple minutes on the Lima Photo site will give you some answers. I spent some time going through the list of exhibitors for Lima Photo and clicking through to their websites, and found a number of exciting photographers. In this post I’m going to highlight two galleries from Lima, 80M2 and Galería El Ojo Ajeno. 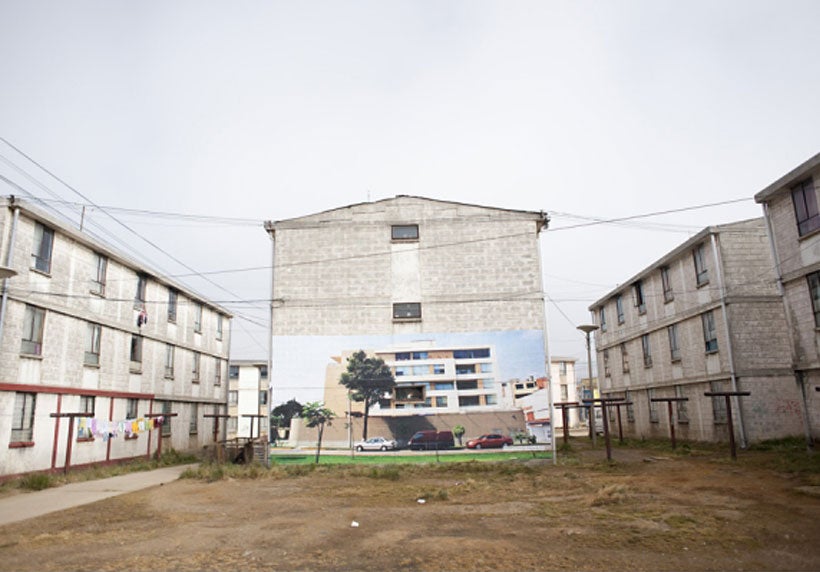 80M2 represents a number of young artists, most of whom are from Peru. You could say it’s a very contemporary gallery, in that many of the artists on their roster approach photography as a “tool” rather than a means to create beautiful images. Daniela Ortiz is an artist with such an approach: she often uses photography as a way to make a political or social statement. One project that jumped out to me is “Campamento 1ro de Mayo” (“1st of May Camp”), created with Xose Quiroga. To realize this project, the pair photographed the pristine houses of managers at a mining company, enlarged these photos and then pasted them on the side of the more humble residencies of the miners. Ortiz is currently based in Barcelona, and she has created a number of projects that directly address the issues facing immigrants in Spain. She has a surprising number of projects on her website, which is well worth a look. Meanwhile, Arturo Kameya is a more traditional photographer on the 80M2 roster. His series “The Tip of the Iceberg” is a work of “straight” photography, though his subject is a former prison on the island of El Frontón. 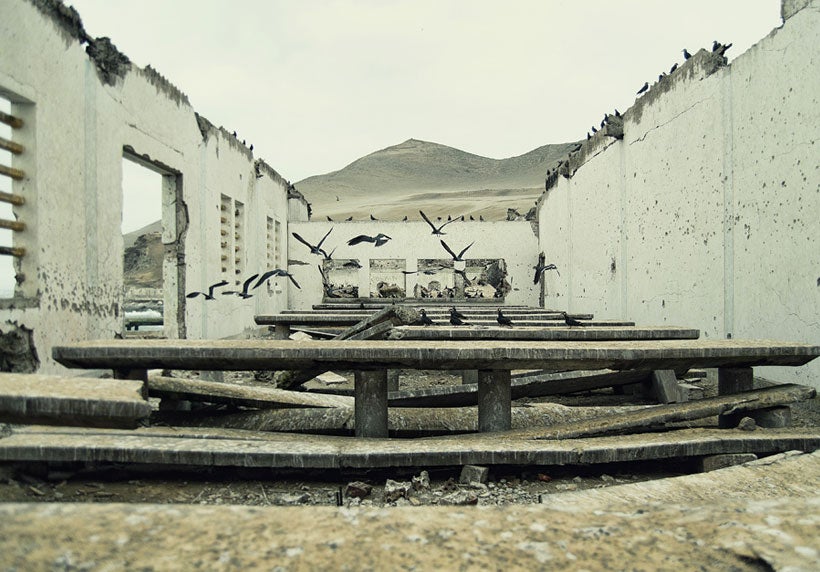 From “The Tip of the Iceberg”

Galería El Ojo Ajeno is an institution related to the Center for the Image in Lima, an organization promoting photography. If the artists in 80M2 are mixing other genres or tendencies, Galería El Ojo Ajeno seems to be more purely photographic. Camila Rodrigo is a good example of these photographers. The projects up on her site show that she is working with the snapshot, and the title of one series, “Cordial Lies,” indicates that she has a sense of humor about her work. 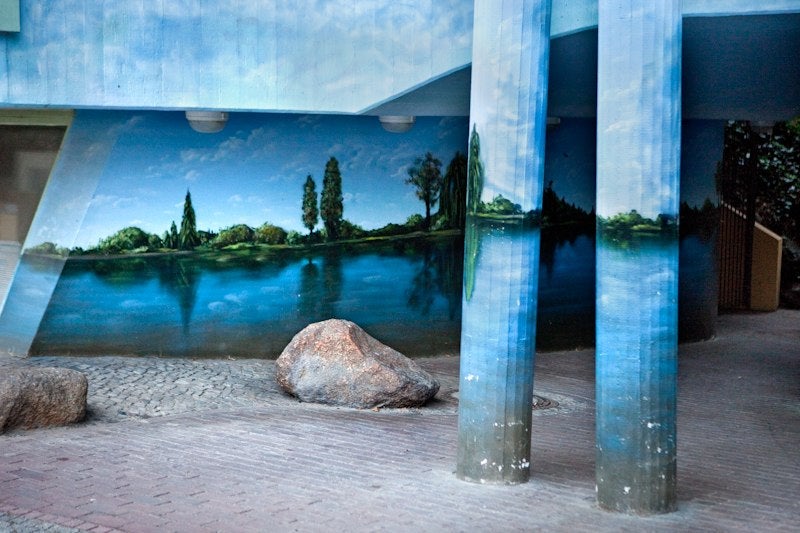 Nearly everyone I found on these sites was born in the 1980s, and I’m impressed that the galleries are working with such young artists. It certainly bodes well for the future of photography in South America.