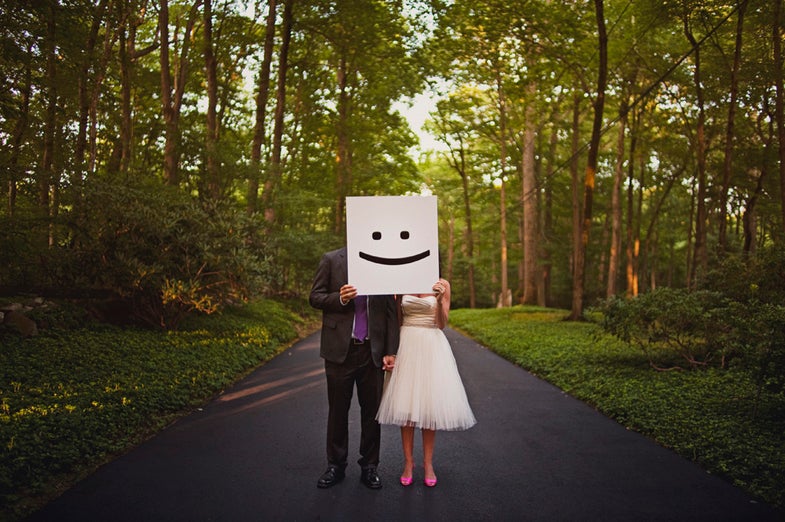 The story of The Image Is Found began when Nate and Jaclyn Kaiser found each other as teenagers with a shared interest in photography. A few years later, they were married and had embarked on a life of taking pictures together. Wedding photography wasn’t their original plan, though. “We wanted to be fine art photographers who took pictures of urban decay and somehow got paid for it,” Nate says. “That probably wouldn’t have worked out so well.” Serendipitously, Jaclyn’s sister asked them to shoot her wedding, and they were pleasantly surprised with the experience. Soon the urban decay plan was scrapped and they had dedicated themselves to learning from the styles of prominent wedding photographers. While this broadened their skill set, their success was limited until they started applying their own unique style and viewpoint—an approach that emphasizes portraiture over storytelling and breaks many conventions of wedding photography (not to mention the standard aesthetics of romance). “It’s kind of rough around the edges,” Jaclyn says. “It’s not polished, it’s not high glamour.” Instead of trying to elicit displays of affection from a couple, the Kaisers look to capture the broad range of ways couples express their feelings. It’s an approach that has expanded their visual vocabulary as well. Now that they’ve found their own place in wedding photography, they’re creating images they love and attracting the kinds of clients they want—people, as Nate says, “who are comfortable in their own skin.”