The Ballad will be presented live at Aperture Foundation's annual benefit 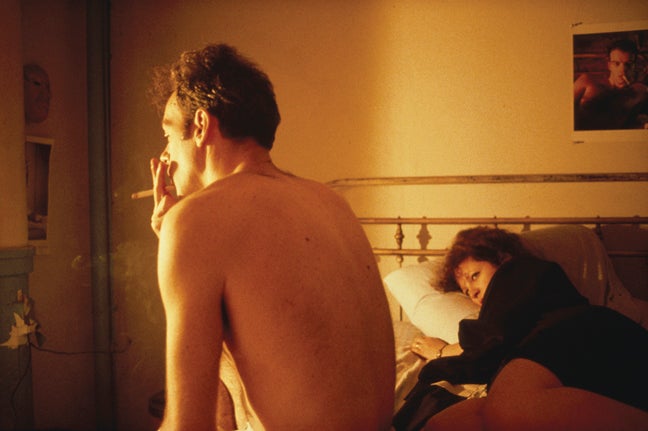 On Monday, Aperture Foundation will mark the 30th anniversary of the publication of Nan Goldin’s The Ballad of Sexual Dependency with an evening of art and entertainment featuring Goldin’s famous The Ballad slideshow. The benefit will also feature a live musical performance by Laurie Anderson and special guests.

Throughout the late 1970s and early ’80s Nan Goldin documented her colorful and often torrid encounters in the East Village neighborhood of New York City. Her vibrant, off-the-cuff photos capture the wild abandon of the post-punk scene and the drag queens, gay culture and hard-partying bohemia of downtown. In advance of Aperture’s benefit, American Photo spoke with Marvin Heiferman, who edited the seminal book along with Mark Holburn and Suzanne Fletcher (who was also a favorite subject of Goldin’s).

This ground-breaking body of work was a slideshow long before it became a book and offered a very different experience of her images. Originally comprised of more than 800 images, this slideshow was “ever-evolving” as Heiferman put it, “it was different every time Nan did it.” Although the images and elements of their sequence changed with each iteration, the basic format of the show remained the same. Viewers (many of whom were also Goldin’s willing subjects) experienced the work in a darkened room as she managed several slide projectors at once, dj-ing not only the images but also a pre-recorded soundtrack that included the Velvet Underground, James Brown and Nina Simone.

In taking this slideshow from projected image to printed page, Heiferman tackled a major challenge. Together with Holburn, Fletcher and Goldin, Heiferman had to shave several hundreds of images down to the 126 photographs that made it into Aperture’s 1986 publication. The many pictures which comprised the original series were made into black-and-white Xerox facsimilies that Heiferman and the rest spread out on the floor of his loft to sequence the book. While they endeavored to retain the feel of the original body of work, they “were not slavish to it, it does kind of track it though” says Heiferman. He does offer an important caveat however, “the book is its own thing.”

Indeed, for the many young people who consider the book a cultural touchstone, the publication is their only experience of the work. Aperture’s Monday event will be a rare opportunity to see Goldin’s images as they were originally shown. Whether on the page or on screen, Heiferman stressed the importance of the photographs’ legacy. “It’s about visibility – the photography world is a big, straight, white world and she was always interested in gender fluidity” says Heiferman of Goldin’s documents of gay culture.

In our conversation he recalled that Goldin was “a photojournalist of herself,” and “always had a camera around her neck.” In some ways her work presaged the abundance of diaristic images made today. “Instagram is everyone’s version of a diary…the slideshow suggests that through photography, we learn about ourselves,” says Hieferman.

Aperture’s benefit will take place at Terminal 5 in Manhattan, NY on Monday, October 26th at 7:30 PM. Tickets are available here.