Historic acquisition of all 619 portraits by the German photographer 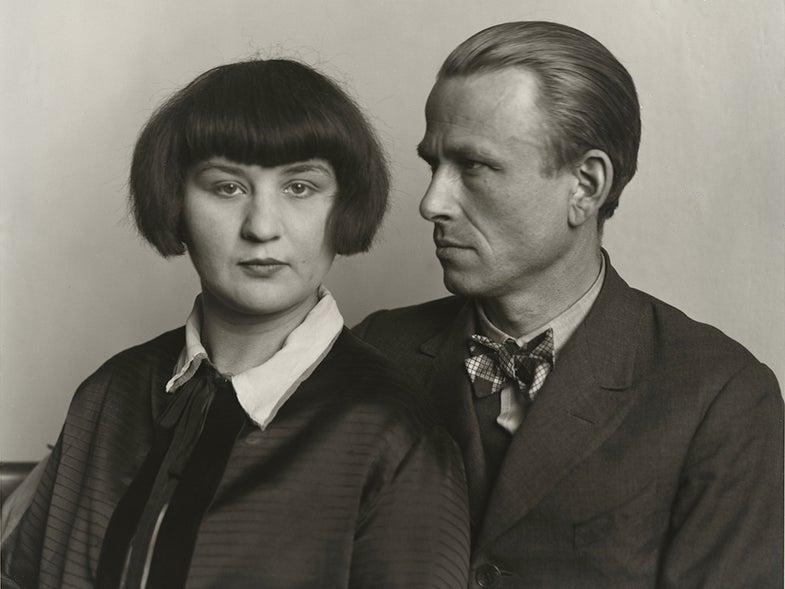 No doubt it took some doing, but New York’s Museum of Modern Art has acquired a complete set of August Sander’s monumental series, “People of the Twentieth Century.” Captured over the course of 60 years, 1892–1954, these 619 straightforward portraits by the German photographer combine carefully observed detail with a comprehensive typological approach that has influenced generations of photographers from Walker Evans to Diane Arbus to Rineke Dijkstra.

Sander photographed his subjects in a straightforward way, centering the figure in the frame and allowing the large format to soften the focus on the environment so that place becomes merely a hint at a larger context. He organized his portraits into seven broad categories, beginning with “The Farmer” and continuing through “The Skilled Tradesman,” “The Woman,” “Classes and Professions,” “The Artists,” “The City,” and “The Last People,” (which MoMA describes as depicting old age, sickness, and death). Within these groups he made some 45 separate portfolios. Literal and precise in its depiction of individuals, his work seems at the same time metaphoric and generalizing in its view of humanity.

But as encyclopedic as Sander’s creation can seem—his first show included 100 images—he never exhibited all of it together in his lifetime. The acquisition marks a milestone for the Museum of Modern Art. “This really is one of those ‘Wow!’ moments,” says Sarah Meister, curator, department of photography. “August Sander has been a strategic priority for MoMA for a long time.”

The museum already owned 80 of Sander’s works, but this full set of prints, made by the artist’s grandson Gerd Sander in the 1990s from his original glass-plate negatives, is unique in the museum world: The only time the set has ever been shown in its entirety was at the São Paolo Biennial in 2012. (MoMA acknowledged the “generosity of the Sander family” in its announcement.)

Meister likens the impact of this acquisition to that of MoMA’s unparalleled collection of Eugène Atget’s photographs in 1968, as well as to the museum’s comprehensive representation of work by Walker Evans, built over decades, beginning in 1933. When Evans reviewed recent publications of Sander’s and Atget’s work in 1931, Meister observed that Evans “identified in both [artists] the artistic potential of a precise and deliberate form of observation unique to photography. Now we have the opportunity to study these three towering achievements of the twentieth century together.”

The curator tells us that the museum has no immediate plans to exhibit Sander’s entire body of work together but is looking for opportunities to do so. That doesn’t mean, however, that these prints will be unavailable to scholars or to the public. “The Edward Steichen Photography Study Center is open to students and serious researchers, and all of the prints will be physically accessible there, by appointment,” Meister says. “We are also actively pursuing other opportunities to provide digital access to the collection.”