Missy Prince, How You Living?

Over the past few years, Missy Prince’s name has appeared in a few different places; LPV Magazine, among other sites,... 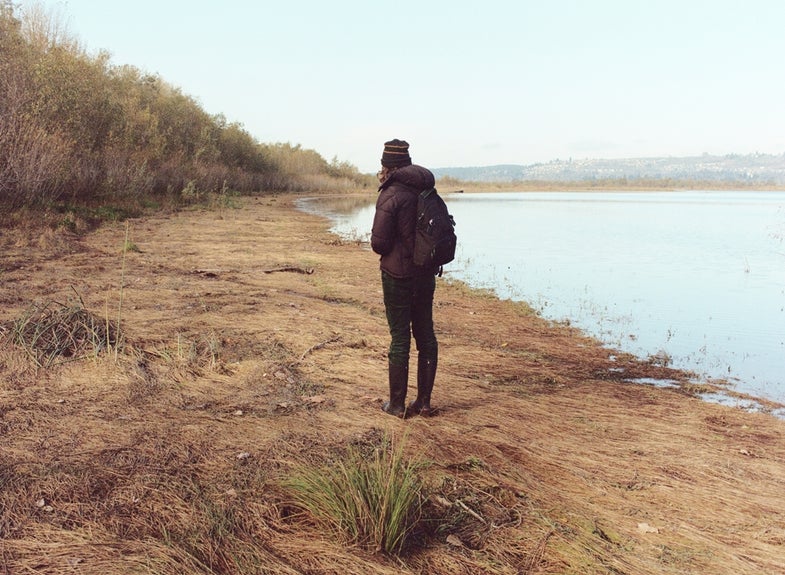 Over the past few years, Missy Prince’s name has appeared in a few different places; LPV Magazine, among other sites, has profiled her work. It seems that Prince has been able to create an audience for herself entirely through the internet, and I was curious to see what impact, if any, this online activity had in real life. Prince grew up in Gulfport, Mississippi, and currently lives in Portland. I suppose the fact that she’s from the South and takes color snapshots may lead to some people to immediately think of Eggleston, but her work is a few shades darker than the old master. Naturally, this quality could be chalked up to the famously cloudy skies of the Pacific Northwest. But even when she shows the kind of tree-filled, rugged beauty that we might expect from this part of the country (as in her series “River’s Edge”), nothing seems to be perfectly at ease. Portland itself may be enjoying a more prominent role on the national stage thanks to “Portlandia,” but Prince’s series “82nd Avenue” shows a part of town that strikes a much different tone than the show. It’s heartening, then, to find that she’s been able to support her activity as a photographer directly through her fans. 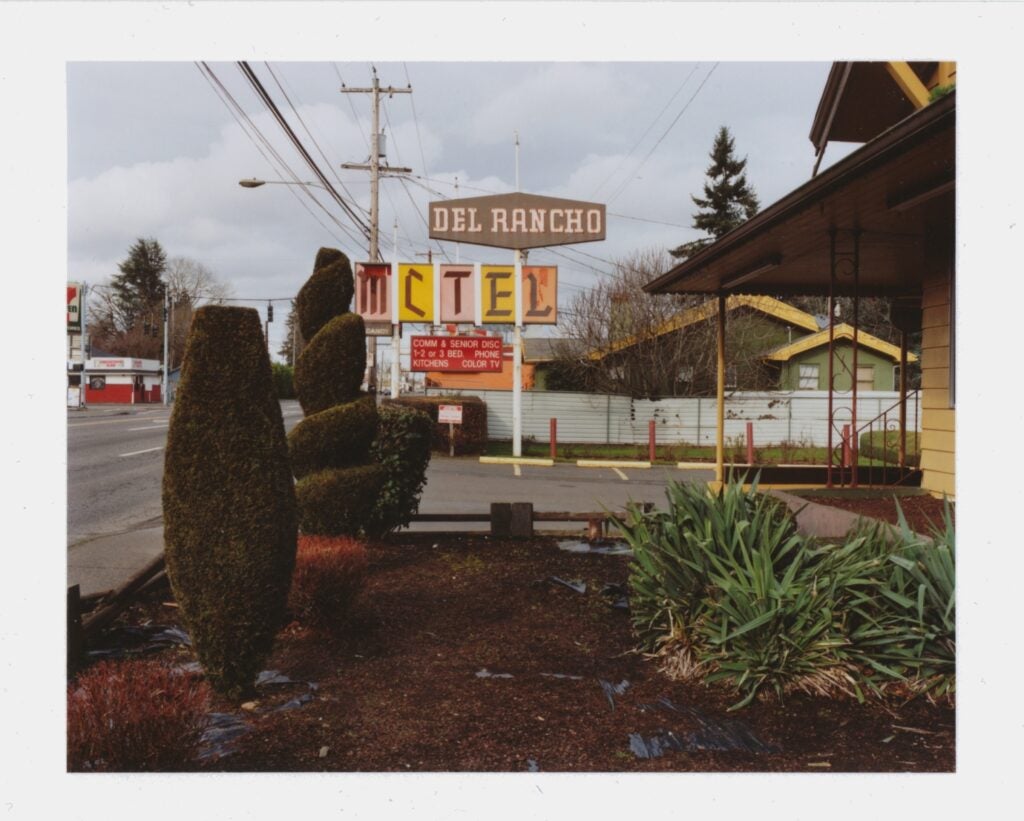 I got started with photography when I was in high school. My mom bought me a Pentax SLR kit from JC Penney and I messed around with it for a couple of years without great results. Then it got stolen. I didn’t get another camera for several years, but when I finally did, I didn’t make much progress. I went for walks along railroad tracks and took pictures of discarded couches and stuff like that. That camera disappeared too. A few years later I got an XA because a friend whose photos I admired had one. Its compactness seemed to allow for a more natural everyday approach, so I took it everywhere with me. I photographed anything and everything and eventually got some photos I was excited about. That’s how I got hooked. I didn’t go to school for photography. I studied philosophy and literature, but I think my interest in all three things comes from the curiosity and observation that they share common.

So, how did you learn as a photographer? Just shooting on your own, or were you looking at a lot of other people’s work?

Both. Once I started shooting a lot I became curious about what others were doing or had done. I started looking at photo books and reading blogs, and that gave me a better sense of photography’s possibilities. While looking at other people’s work brought an awareness that helped me set my sights higher, constant shooting was my best teacher. I remember one thing that pushed me forward technically. Around 2008 I shot Polaroids exclusively for about eight months. Because instant film is very picky about light, I quickly learned that if I didn’t pay close attention I would fail repeatedly, with worse consequences than with non instant film. When I finally picked the XA up again I had become much more aware of light, though I didn’t realize it until I got my first roll back. It was a significant breakthrough that kind of snuck up on me. 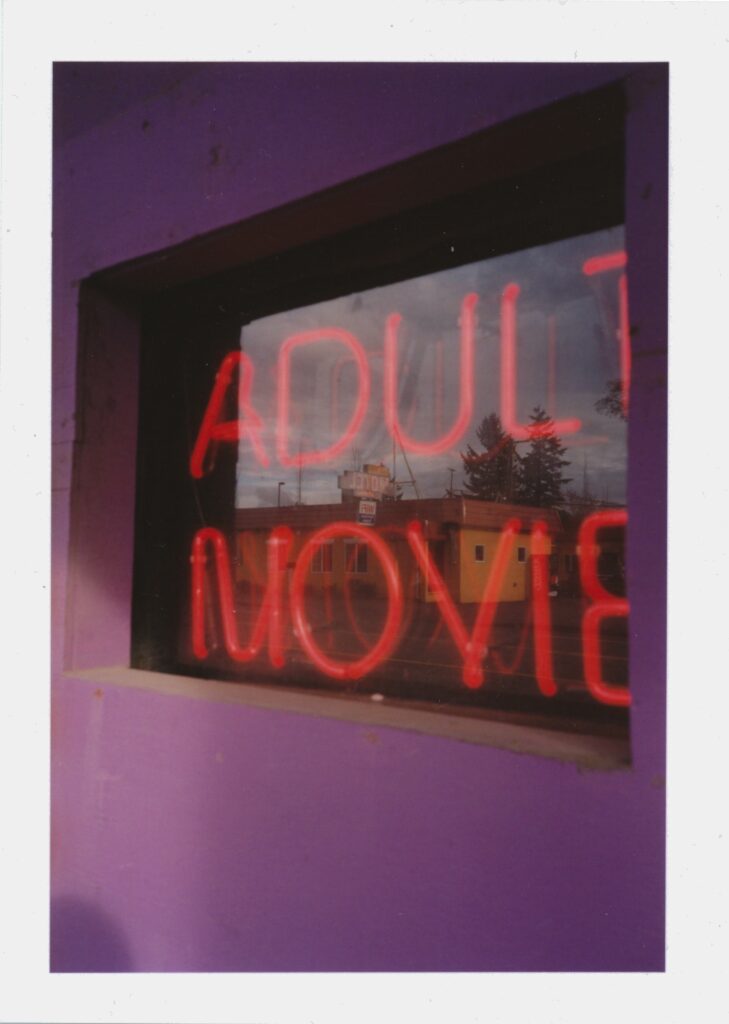 **Are you doing any work as a photographer, or would you want to? **

I have done some work as a photographer, but it’s not how I make a living. I can’t really imagine doing a lot of commercial work and remaining excited about photography. I know some people who do it, but I suspect it’s easy to get burnt out unless the work is largely on your own terms. If a solid income were to follow what I already do naturally it would be great, but I don’t really know how to achieve that without a lot of hustling. I’m lucky enough to have a job that usually gives me plenty of personal time to take photos and print in the darkroom. Unfortunately, I’m learning right now that the time/money trade off is real and keeping the balance is tricky. I’ve taken on too much work this spring and have barely taken any photos as a result. It’s a trap I’m slowly climbing out of. I went into the darkroom yesterday after two months away and it was so good to be back.

**How you are making a living in Portland? **

I work as a gardener for a handful of clients. I work alone, I set my own schedule, and I try to do just enough work to get by. Time is more precious to me than money. I supplement my income with occasional print sales. People have been great. When I decided I wanted a Mamiya 7 I announced a sale for the cause on Flickr and Tumblr and I sold enough to get one. I did the same for a trip to Mississippi. I pay for a lot of darkroom time and supplies that way too. It’s a nice self-supporting system.

How have you been able to find that kind of audience?

The audience has mostly come through Flickr. Over the years it has been a great source of encouragement. 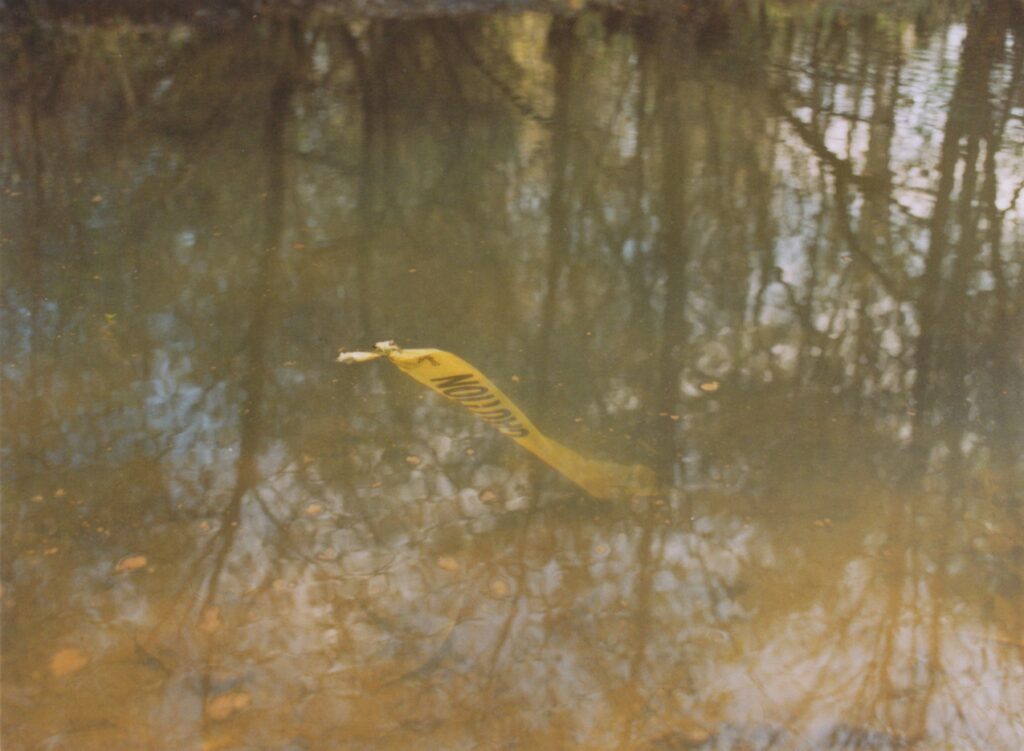 **I’m just fishing here, but is there any link between gardening and photography? **

Funny you should ask that. They haven’t really intersected until recently. Over the years I’ve taken a ton of digital photos of my own garden that I consider either documentation or guilty pleasure. But lately I’ve been so immersed in plants that I’ve started to see their potential as a subject. I’ve taken a lot of photos of bushes, trees, and landscapes over the years, so I guess there has always been a fundamental interest, but what I’ve been doing lately is more relevant to my own work as a gardener. Who knows if it will develop into anything.

This is an intentionally vague question: do you have any goals for yourself as a photographer?

Above all else I want to spend more time on the road taking photos. 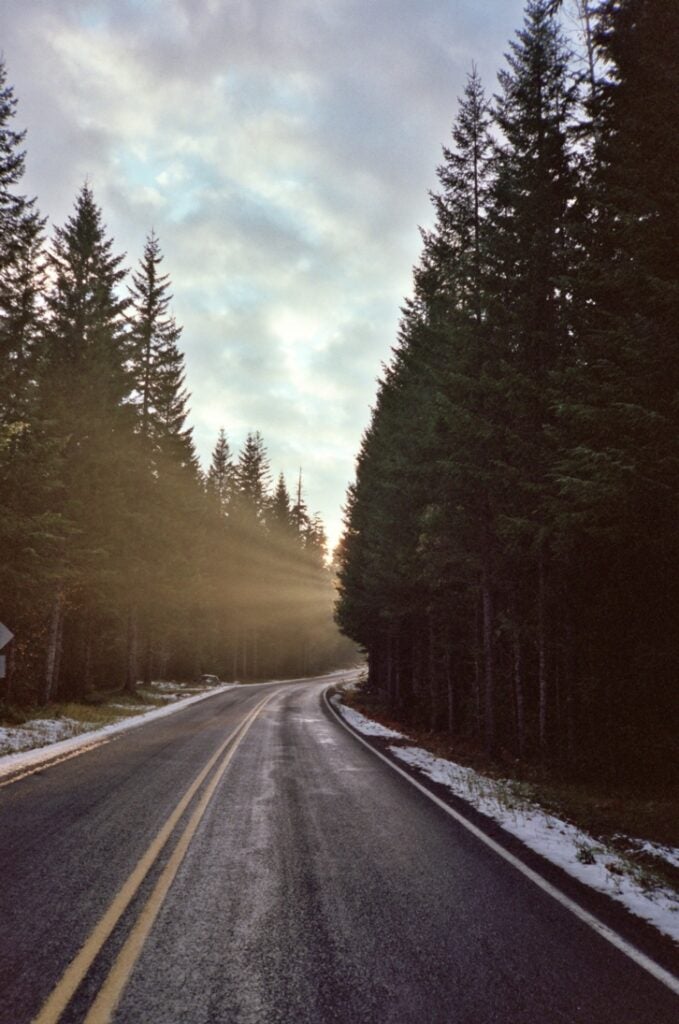