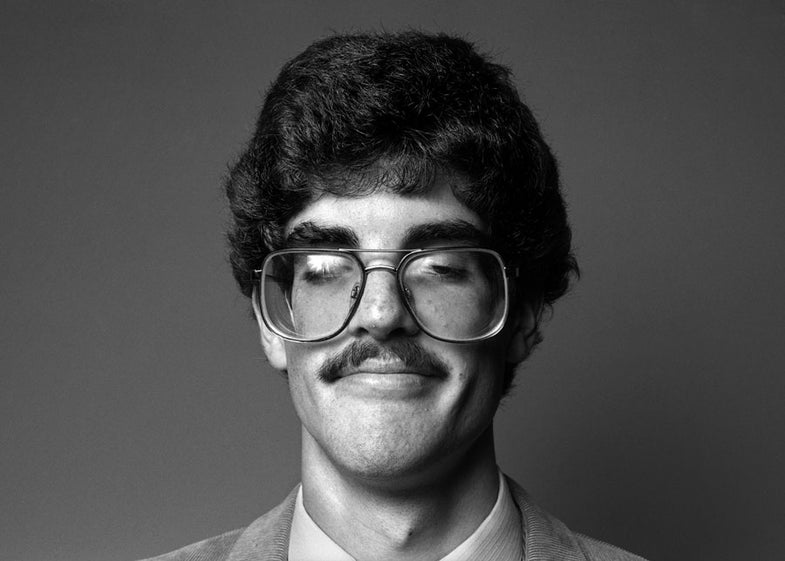 The 1970’s was a golden age for snapshot photography in America, and the names of the day’s masters roll off the tongue: Eggleston, Winogrand, Arbus, Friedlander, Jang. Jang? You might not know his name yet, but longtime San Francisco resident Michael Jang’s extensive and excellent work is steadily coming to light. While studying photography at Cal Arts, Jang produced a series called “Beverly Hotel,” which he shot by sneaking into private, celebrity-filled events. (In an essential interview with Wired from 2009, Jang gave the inside story of this work.) Almost 30 years after shooting “Beverly Hilton,” the San Francisco Museum of Modern Art (SFMOMA) purchased a few prints from the series, along with a few from “The Jangs,” another series from Jang’s school days documenting his family life. Looking at the quality of these pictures (an overview of some of this work appears in the gallery above), it’s tempting to ask: why did it take so long?

Although Jang had a long career as a commercial photographer after graduating from school, and continued to shoot his personal work, he simply never exhibited it. It’s only over the past few years that it’s been made accessible to the public. Jang says that cultivating relationships with people in the San Francisco photography community, like Ray Potes of Hamburger Eyes, has helped him to “loosen up” and consider his work in a new light. Hamburger Eyes, San Francisco’s legendary underground photography magazine, published a collection of Jang’s photographs in issue #12.

The most recent project to emerge from Jang’s archives is “Summer Weather,” recently released as a limited edition book through San Francisco’s Owl & Tiger. It’s a series of portraits from 1983, shot for a local television station, of people who’d entered a contest to become the channel’s weather reporter. The photos are completely straight, but small touches (the hairstyles in particular) make it seem like 1983 air is still slowly leaking out of them. The photos were shot as a job, with standard umbrella lights, something Jang thought “was the kiss of death, as far as art was concerned.” But now Jang’s attitude towards the photos has changed: although he jokingly calls himself a “Rip Van Winkle of photography,” but he was never really dormant as a photographer, and is still shooting today. If anything, it seems like he’s woken up to a new way of viewing his own work.

In some ways, Michael Jang is like a West coast Vivian Maier—except he’s still here to speak the truth.

AP: I’d like to start by talking about your recent project “Summer Weather.” Why is it being released now, nearly 30 years after you shot it?
I studied photography in school, and there you learn all these rules and art dogma about what a good photo is, and it’s kind of like you have all these people looking over your shoulder every time you shoot. I felt that very few of these images passed “the test,” because you’re in a critique situation, where people sometimes just tear you down. 30 years later, I’ve loosened up and gotten away from all that by meeting people like Ray at Hamburger Eyes. Things are just fun now, and I no longer worry about all that stuff, which means I now have triple the amount of images I thought I had. The fact is that “Summer Weather” was just a job, but now I’m looking at stuff I never considered to be art worthy as something that could create some interest out there in the world, depending on what it was, and how I shot it. I’ve been shooting all this time, so I have an unbelievable amount of negatives. Going through them is how I’m spending my time now.

So you didn’t know that you had “Summer Weather”?
No, I didn’t. I found these strips in an envelope, all stuck together in one glassine! I put them up to the light, and there were all these heads. I had an inkling that they might be interesting, but I really had no idea. So I scanned some and then I asked 2 or 3 friends, even my kids, who are pretty visually sophisticated, “Is this stuff good?” Everybody said: “Yes, it’s good!” “Are you sure?” “Yes Michael, we’re sure.” I spent another few days scanning them and making prints, and the rest is history. It all happened within a month. Let me ask you, do you think the pictures are good?

Yeah!
They’re just headshots against a blank, gray background lit with a solo umbrella. Do you know how many millions of pictures fall under that description? Why are these pictures different?

Well, we know that everyone is motivated by this iconic American thing–to be a local weatherman. But there’s such a wide range of people, like the kid, and the guy with his eyes closed. So it’s very human.
OK, I got you, maybe that’s it. And isn’t it wonderful? That’s what it’s about, not art ideas or intellectual concepts: it’s the feeling. That I have. My two friends at Owl & Tiger like the fact that it wasn’t executed as art, that it was for a job which never actually materialized, and so I never even got to the point of making contact sheets.

Have you thought about a wider book release for “Summer Weather”?
Basically, Owl & Tiger made only 15 really special handbound books, but they’re now looking into doing a regular edition. That’s planned for 2012. You can sign up to be notified about that through their website. I think they’re on the rise, and that’s why I went with them. I said: “There are more established publishing companies, but I’m going with you. It’s more fun.” Part of my involvement with the San Francisco photography community consists of collaborating with younger photographers. In the same way, I enjoy my relationship with Hamburger Eyes. Though what I’m doing is not necessarily mentoring, because I’m learning too! [laughs]

Personally, I think it’s cool that your photograph of David Bowie is in the collection of SFMOMA, but is also accessible to anybody through Hamburger Eyes.
Oh, you’re right! [laughs] I hadn’t thought about that. I don’t know if they would like that! About ten years ago, I showed SFMOMA the very first piece I ever made as a student at CalArts. It was the “Beverly Hilton” series, and they acquired a lot of those photos for their permanent collection. The very first time I was on the walls at SFMOMA was around 2003, with just one print. I was very excited. I went down to the museum, and on this short wall was Robert Frank, Lee Friedlander, Winogrand, Arbus, and me!

Now, up to this point nobody knew that I was a fine art photographer, as I was making a living doing editorial and portraiture. Since I’d always been a bit of a trickster, my kids thought it was a total put-on—that I’d paid someone to do this—because it made absolutely no sense. I had done nothing with those photos for 25 or 30 years, and I realized why: I’d taken a class with a big deal art critic, and he slammed me, really crushed me, leaving me with this awful feeling, and I just thought, well that’s that—I’ll shoot, but I’m not going to show this stuff. But that was a huge turning point for me, to realize, hey, maybe I need to look in to this. And that’s what it’s been like for the last five years. There’s just so much to do in terms of going through all the boxes and boxes of negatives. It’s like mining for gold, or knowing that somewhere you have a great wine that you locked in to a good year, and it keeps getting better and better. AP