In 1968, then-London-based Tony Duffy, an accountant and avid amateur photographer, went to the Mexico City Olympics on his own... 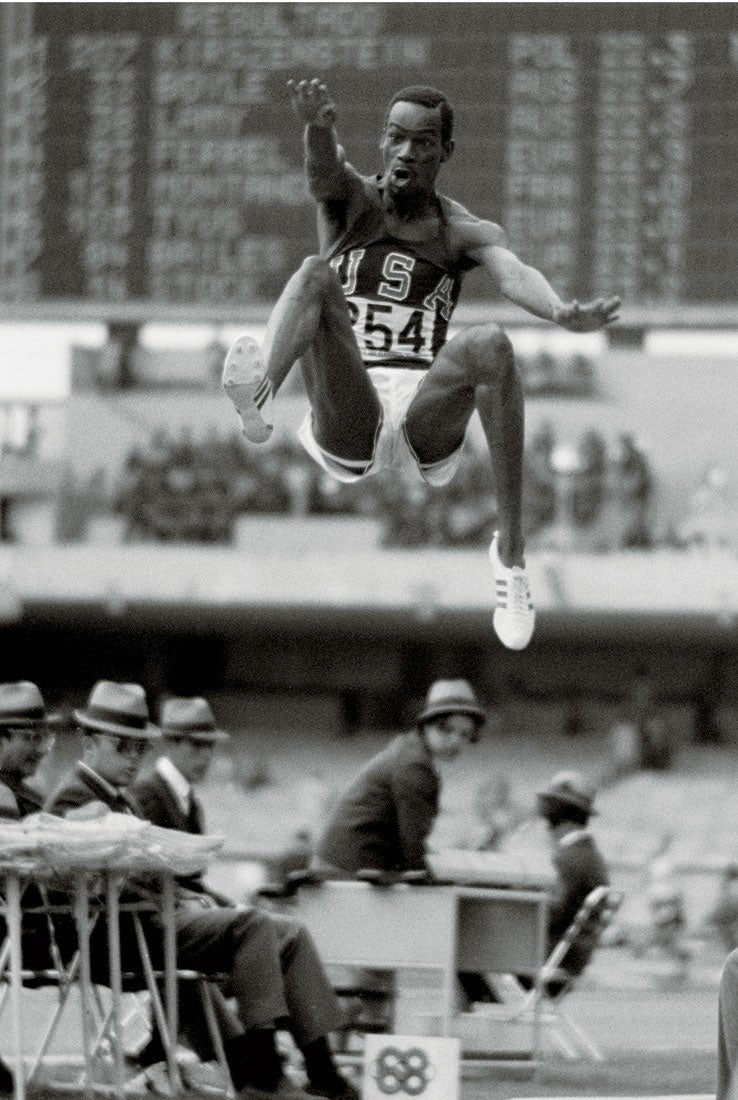 In 1968, then-London-based Tony Duffy, an accountant and avid amateur photographer, went to the Mexico City Olympics on his own dime with a Nikkormat manual drive camera and a 300mm lens. He mostly sat in the nosebleed sections, but with the arena half empty for the long jump, he bluffed his way down to the front row. There he nabbed a transcendent shot of Bob Beamon setting a world record that would stand for 23 years. But he didn’t realize what he had. “I carried the roll of film around in my pocket for two days before dropping it off for processing. And I didn’t do anything with the image until I was back in London. Finally I sent it to Amateur Photographer magazine, they ran it as a full page, and the phones started ringing.” He recognized the sudden attention as an opportunity and not long after ditched his accounting job to launch Allsport, which went on to become a top photo agency (in the 1980s it was named the Official Photographic Agency of the International Olympic Committee and was acquired by Getty in 1998). In describing Duffy’s career, Neil Leifer has said, “Not many guys take the photo of their life on their first assignment.” Duffy managed to do it when he wasn’t on assignment at all.