In this shot from the 2004 Games in Athens, Ron Wyatt offers a lesson in the power of patience. “A... 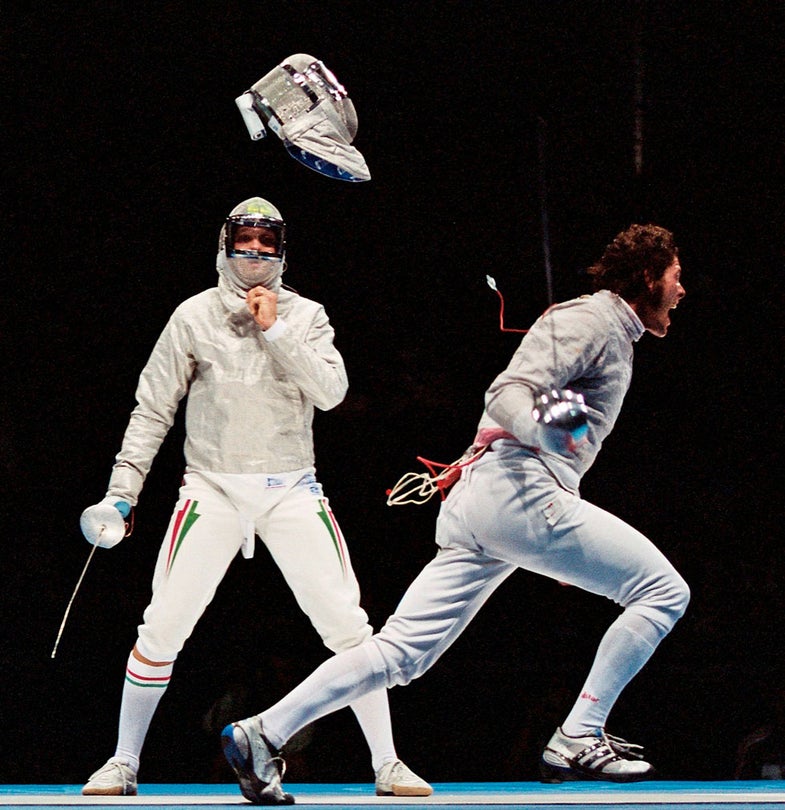 In this shot from the 2004 Games in Athens, Ron Wyatt offers a lesson in the power of patience. “A lot of people want to shoot the actual stab, which gives the winning point,” he says. “But I tend to look for the reaction, for the old-fashioned thrill of victory and agony of defeat. You have them both here. I probably got the stabbing shot as well, but the emotional shot is a lot stronger.”

When Ron Wyatt covered the 2004 games for Kodak, the film manufacturer requested that he shoot black-and-white for the 50th anniversary of Tri-X. Wyatt found the perfect subject. “Sometimes people show great action, and in the process they lose the emotion,” Wyatt says. “I wanted pure emotion. And I like the contrast you get with black-and-white film.”