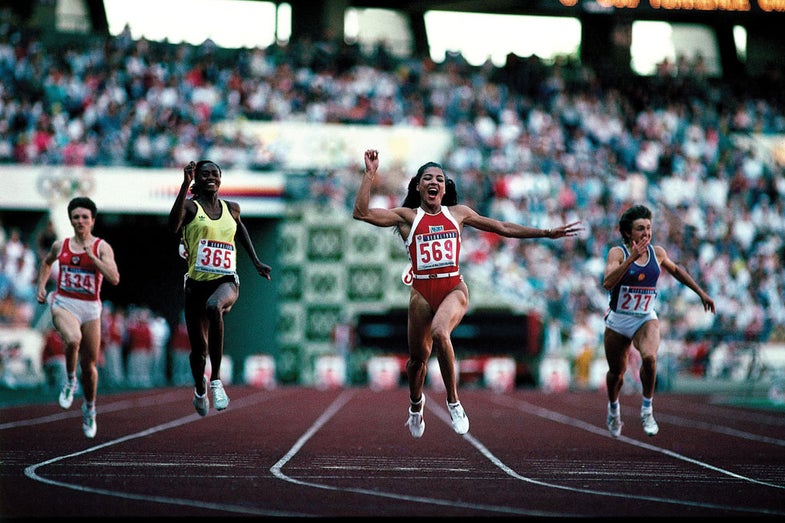 As one of the most highly regarded sports photographers in history and a veteran Sports Illustrated shooter, Neil Leifer often obtained plum photo spots for Olympic events. As when he found himself near the finish line of Florence “Flo Jo” Griffith Joyner’s 100-meter win in Seoul in 1988. “When you have that kind of access,” he says, “there’s only a handful of cameramen around. It feels like you are covering a high school track meet. I was 75 feet in front of the finish line and looking right down Flo Jo’s lane.” She obliged with the kind of facial expression Olympic moments are made of.

Still photography distilled the drama at the politically charged Mexico City Olympics in 1968. It began with Leifer’s photo of Tommie Smith and John Carlos raising their fists in the air from the medal podium. “Those black-power photos ran around the world. We were all wondering what the other black athletes would do,” Leifer recalls. “After George Foreman pulverized his opponent, he provided us with a perfect graphic counterpoint.”

_We’ll be continuing to feature some of the Olympic Games’ most iconic photographs, and the stories behind them, throughout the London 2012 games. See more here. _