When Portugal’s Vanessa Fernandes forcefully grabbed a water bottle during the 2008 triathlon, Donald Miralle instinctively popped off a shot.... 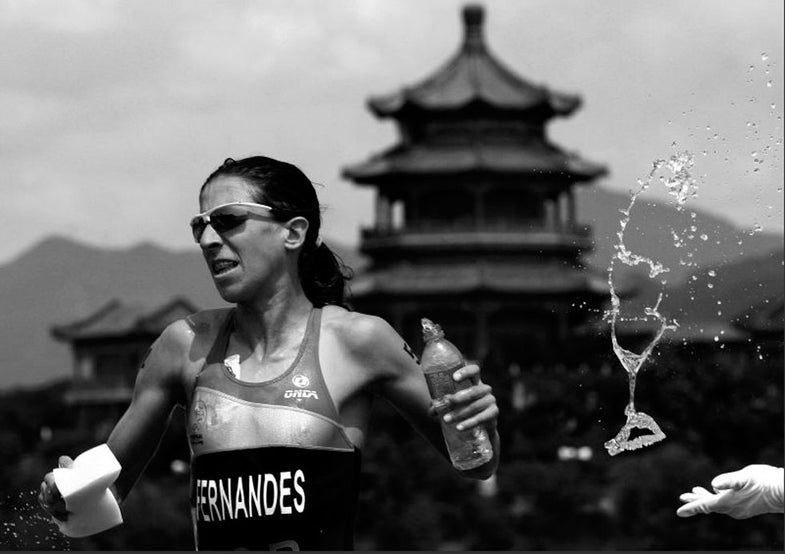 When Portugal’s Vanessa Fernandes forcefully grabbed a water bottle during the 2008 triathlon, Donald Miralle instinctively popped off a shot. “It wasn’t until I downloaded my card that I saw her water forming the shape of a wine glass above the volunteer’s white-gloved hand,” he says. “At the Olympics, magical things happen that neither you nor the athletes plan for.”

Since rules were especially stringent in Beijing, Donald Miralle needed to get clearance from Chinese fire marshals two days before the event to have the access he needed to make this shot from the 2008 Games. Once he got the OK, a fire marshall escorted him to a catwalk near the top of the stadium. “You wear a climbing harness, and it’s a little sketchy,” he says. “I envisioned where this would happen, positioned myself a little past the finish line, and waited for the athletes to collapse after completing the race. They dropped like flies.”