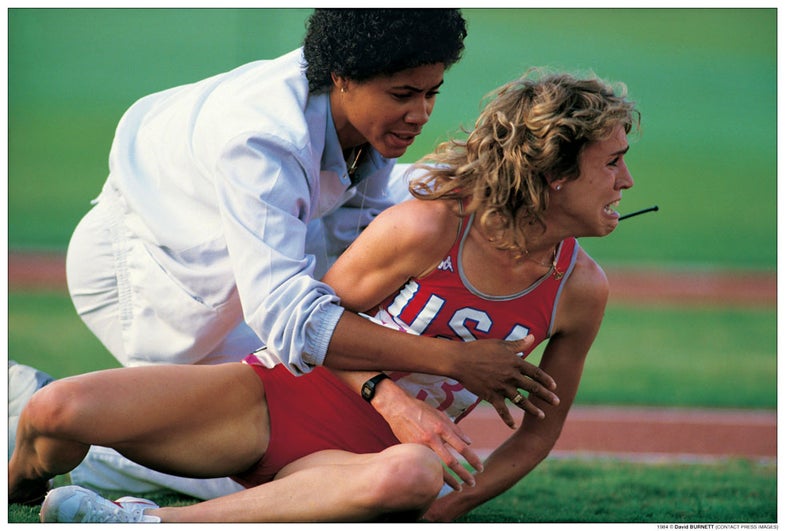 The showdown between Mary Decker and Zola Budd at the 1984 Los Angeles Olympics made the 3,000-meter women’s footrace one of the Games’ most hyped events. David Burnett found the finish line overcrowded so he walked halfway back up the track to find a more solitary spot to shoot from. It gave him the photographer’s equivalent of a gold medal. “Their feet collided as they came around,” says Burnett. “I told myself to take an extra 10th of a second to make sure I was sharp.” As Decker collapsed, Burnett focused in on the downed superstar. “I made six or seven frames before the pool arrived and blocked everyone.” None of them got this shot.

_We’ll be continuing to feature some of the Oluympic Games’ most iconic photographs, and the stories behind them, throughout the London 2012 games. See more here. _