Mark King, How You Living?

I’ve known Mark King for a few years now; we were introduced over email by a mutual friend, shortly after... 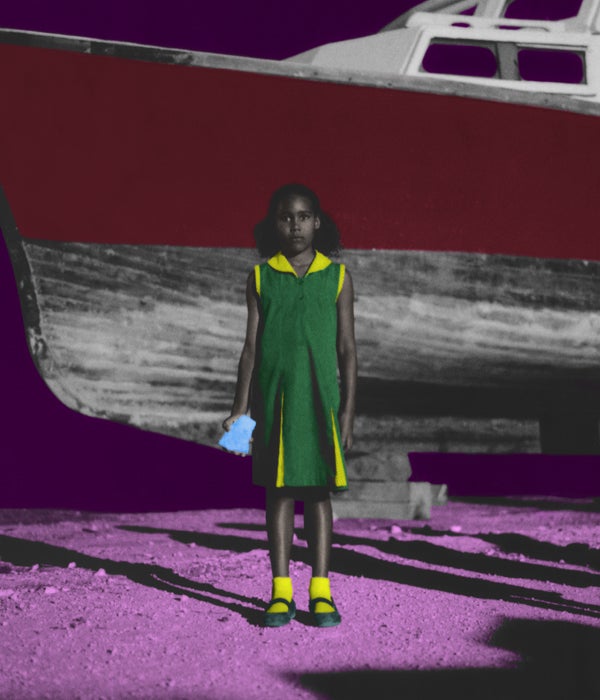 I’ve known Mark King for a few years now; we were introduced over email by a mutual friend, shortly after Mark had moved back to Barbados after many years away. Mark and I have chatted and emailed many times, but we’ve never met in person. I can’t imagine this fact would be anything out of the ordinary in 2013, but I’m bringing it up because it’s closely related to Mark’s own challenge with photography. While living in Barbados, he’s used the internet to create interest in his work on a wide range of sites—he’s been featured on LPV, Live Fast Mag, BOOOOOOM and so on—but it’s been difficult, he says, to make this translate to anything concrete. He imagined that “online recognition would turn into international commissions,” but now thinks this approach is “unrealistic.” I’ve noticed that in the Behind the Notes features (where we talk to people whose images have gone viral on Tumblr) that it’s quite rare for anything to come of this online exposure. Of course I’m not trying to suggest that the internet is useless for photographers, but I do think that Mark’s experience is an instructive one.

It all started with many hours spent in the darkroom during my high school and undergraduate years. After graduating from uni in D.C. I moved to San Francisco to pursue an MFA in Photography. I also count my editorial and advertising jobs, photo assisting gigs, and personal projects as part of my photographic education. I still have much to learn. 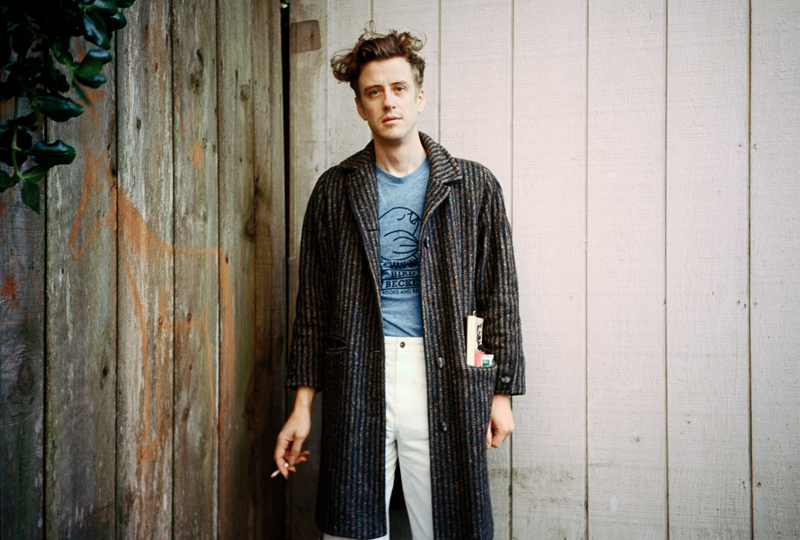 How much of your current income comes from photography?

A very small amount. Most of my income comes from teaching photography at the local university. The remainder is split between creative freelance projects, photo assisting, and print sales.

How much of your time is spent on personal (rather than professional) projects?

The majority of my time is actually spent on personal projects. Ideally, I would have a balance between world traveling for editorial/advertising commissions and using my spare time to work on personal projects. But my inbox isn’t filling up with commission requests. I’m at a point where I need to either only shoot personal work and take on a ‘proper’ full time job or go all in and shoot every local commercial project under the sun. A part of me doesn’t want to do the latter, because that means alienating myself from the international market by shooting generic work and not producing unique imagery.

What do you mean by a ‘proper’ job?

The more thought I give it, the less I want to do photography full-time as a trade in this market. A ‘proper’ job would ideally mean working in the creative field. Art direction and art production top my list of desired careers. What I need now more than anything is a job that allows me to take care of my responsibilities and fund personal projects. I don’t have much interest in slugging away dedicating most of my energy to shooting projects I don’t enjoy as much. I am currently searching for a full-time job while I teach a part-time photography course at the local university this semester. 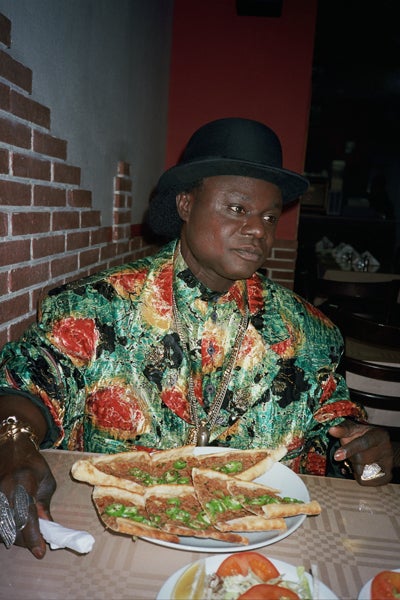 Interesting that you’re pretty sure you don’t want to shoot full-time. Did you arrive at this conclusion because of your experience shooting commercial work? Do you think you’ll be able to balance having a non-shooting full-time job with your personal work?

When I worked in the photo department at Wired _I noticed that both the design and photo teams were hunting for all types of imagery. Not just traditional by the numbers portfolios, but also those from international artists. My portfolio wasn’t very eye catching at the time. I had hints of a style, but no solid visual identity. I was a few months out of grad school and very unsure of how the industry worked. After my stint at _Wired I got it into my head that if I was to be hired as a photographer by the publications I admired, my work needed to be different and stand out online—especially when trying to attract their attention from Barbados. I had an idea of which popular blogs and online publications photo editors perused, and set out to get my work shown by these sites. I applied this approach when I returned to the region. I didn’t push hard enough to shoot much commercial work here because I convinced myself the art buyers and photo editors outside of the island wouldn’t find it worthy of hiring me with that work dominating my portfolio. My focus turned to shooting personal projects and doing small gigs along with part time teaching on the side. I later shared this work on various blogs and social networks. Pretty quickly the images spread and online publications started to feature my stuff. I believed I was on the right track and soon this online recognition would turn into international commissions. That hasn’t happened. And now I have accepted the approach as being unrealistic.

For now it’s best that I find a job that allows me to make a living and develop my personal projects. It would also make sense to promote my photography services locally in the interim. This is a balance that must be struck. I have no other choice. My personal work is what keeps me going so I’m not too worried about shutting off that outlet. 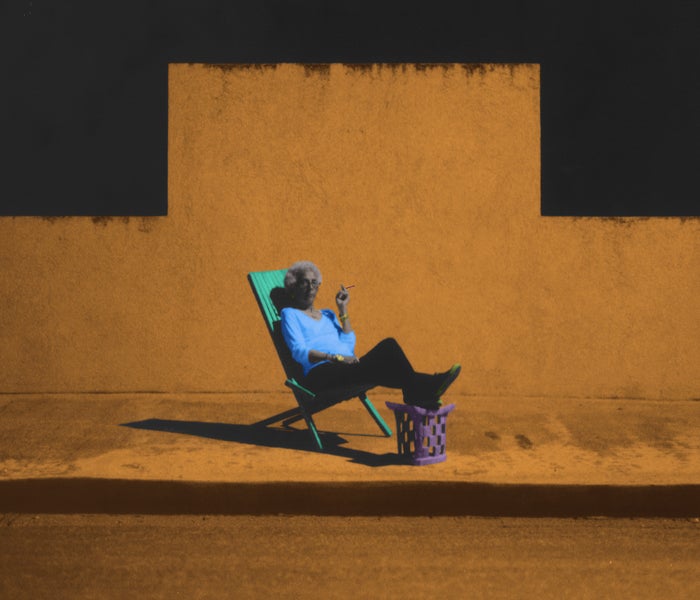 Stella, from the series “Plastic”

I know you’ve taken a number of trips abroad to showcase your work and look for assisting gigs. What did you learn from that experience?

The first couple of years back in Barbados found me reaching out to photographers I admired from all over the world. I would email them asking to be their full-time assistant. I would also keep them posted when I happened to be traveling to their city. I took two lessons from those experiences. First, more than a few successful photographers don’t have the budget to bring on a full-time assistant or they already have one. And second, the chances of becoming an someone’s assistant—when they haven’t worked with you before and you live thousands of miles away—is super slim.

In the past, we’ve chatted a lot about your geographical movements, but I think it would be good for people just discovering your work to have some idea of this. When did you first leave Barbados, and when did you come back? I know that you were looking to leave Barbados, is that still the case? What’s the photography scene like in Barbados?

I first moved to Barbados at the age of three and soon left at seven. This is my second time living in Barbados. Between the ages of 7 and 26 I lived in the Bahamas, Belgium, Washington D.C., and San Francisco. I returned to Barbados in the summer of 2009. The photography scene in Barbados like most places is very tough. From my travels I’ve learned that the rates are quite low everywhere these days. With that said, low rates in Barbados can get a little ridiculous at times. There are a few great commercial shooters, but I only know of a handful who show personal work. Wedding photography pays well and editorial rates are low. I haven’t been hired for any advertising gigs yet. I still would like to leave Barbados. It’s been four years. I’m ready for a new experience.

American Photo
Barbados
How You Living?