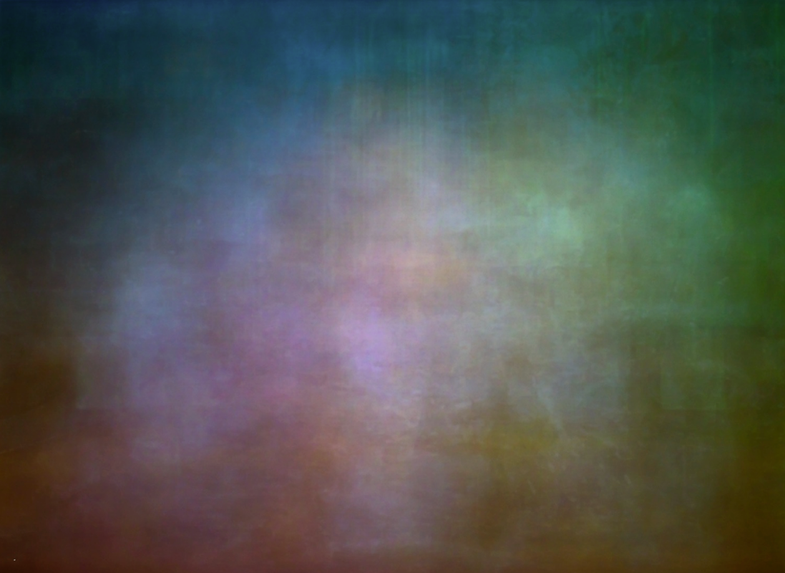 About six years ago, artist Jason Shulman began taking ultra long exposure photographs of news coverage from the morning of September 11th, curious to see if the resulting images would distill something representative of his own memories of that day’s news coverage. While using a similar process in 2014 to study the motion of athletes at the Sochi Winter Olympics, Shulman became curious about using the same technique with feature-length films.

Using a high-resolution computer monitor, Shulman began playing out the entire length various films, training his camera’s lens on the screen and leaving its shutter open for the entire duration of the movie. The project began with his photographing the 1974 architectural disaster flick, The Towering Inferno and now spans over 20 films including the seminal 2001: A Space Odyssey and animated favorites Fantasia and The Beatles’ Yellow Submarine.

“I was surprised that they worked at all,” says Shulman. “When I shot my first full-length film I thought that the assault of light entering the camera would produce a flat colourless photograph. I was amazed at the translation of a film that emerged. What intrigues me about this series is that they are fingerprints of a film’s agitated light. Within each fingerprint, every frame of the film is contained.”

The images Shulman makes from these films blend abstract washes of muted color with snippets of recognizable objects or people, recalling dreams or memories. The length of takes in each film, and the frequency in cuts determine how much or little of the narrative remains recognizable in the long-exposure photographs.

In Shulman’s image of 2001, Stanley Kubric’s static camerawork ensures that many of the film’s most celebrated icons are still readable, if only vaguely. The faster-paced Wizard of Oz, however, appears in Shulman’s work as a prismatic mash of saturated color, almost wholly without form.

You may be thinking that you’ve seen photographs like these before in Hiroshi Sugimoto’s Theaters series—monochrome images of movie theaters, illuminated by the accumulated light of an entire film. Sugimoto’s work, however, has more to do with the architecture of movie theaters themselves, the projection screens at the center of these pictures are uniformly blank. Shulman’s photos are less precious, less concerned with the experience of visiting the cinema, and more engaged with the medium of motion pictures itself.

Films and photographs differ primarily in they way they render time. Films express the passage of time in a way that mirrors human perception. Photographs most commonly present time as a series of non-linear moments, and occasionally as non-living things experience it, cumulatively, and over the course of an extended exposure. In both mediums, duration is key to revealing information about the subject, and in Shulman’s series, his focus is time itself and the ways that lens-based media process and render it.

Though his images are rooted in filmmaking, they share a conceptual and aesthetic root with artists like Vera Lutter, Chris McCaw and Matthew Pillsbury.

Shulman has managed to find the connective tissue that binds photography to motion-pictures and other lens-based technologies, even as these mediums drift farther away from another, all while using a simple and elegant visual language.