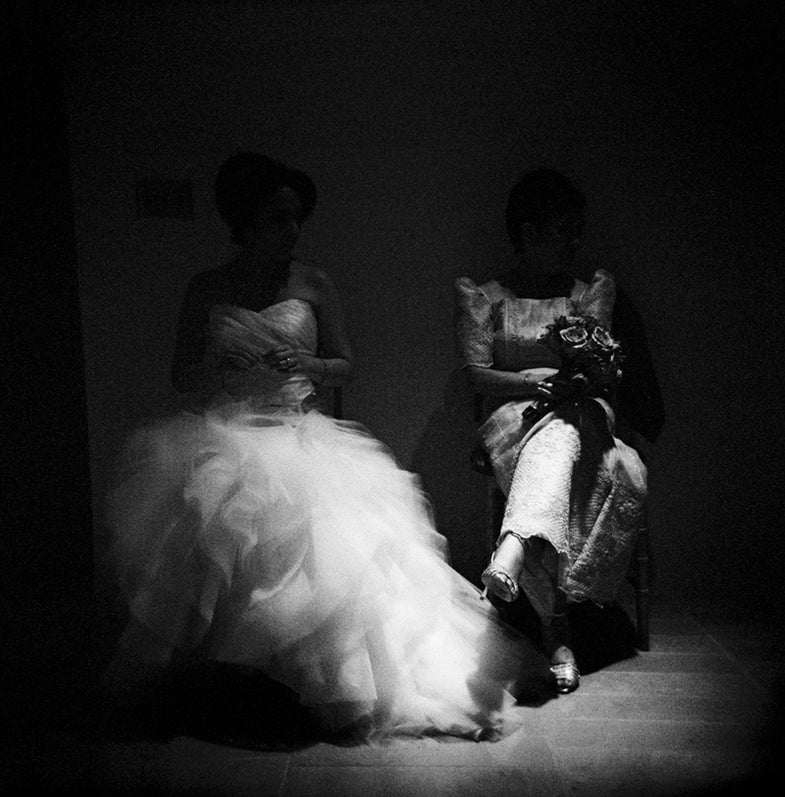 Kitty Clark Fritz and Craig Fritz (known in wedding photo circles as Twin Lens) were both employed as newspaper photographers in Albuquerque, New Mexico, when they started shooting weddings for their friends. Thankfully, as the newspaper business was heading into choppy waters, word of their wedding talents was spreading organically. When Craig’s paper, The Albuquerque Tribune, was shut down in 2008, they were faced with the choice of chasing the next journalism job or pursuing wedding photography full time. It wasn’t a difficult choice, given how much fun they were having.

“I don’t think we ever envisioned being wedding photographers,” says Kitty, “but being trusted by someone to capture a wedding your way is very liberating and a lot of fun.” Craig adds: “You can really put yourself out there as an artist—that’s why people hire you. In journalism, if you go too far afield, someone reels you in. We were always the artsy people at the papers.”

When they show up for a wedding, both photographers carry two digital SLRs, two Holgas, and, naturally, a twin lens reflex film camera. Shooting film on Mamiya C330 TLRs provides a slower, more contemplative counterpoint to the digital cameras they use to capture fast-moving scenes and handle low light. On film, they shoot color and black and white. They particularly value the latter for its ability to strip images down to their core elements and prevent them from having a dated look. Plus it can head regret off at the pass. “In black and white,” Craig points out, “you’re judging the picture on its merit instead of saying, ‘Wow, pink taffeta. That was a mistake.’ ”

Finding their clients’ level is important too. “Not all our couples want to be seen as super-glamorous magazine-spread couples. They’re more interested in having the real moments captured and having a record of the event as it was and as it felt,” says Kitty. The Fritzes try to steer couples toward the personal over the traditional. “If cutting a cake seems silly, get rid of it,” Craig says. “You should be doing things on that day because they mean something to you.”