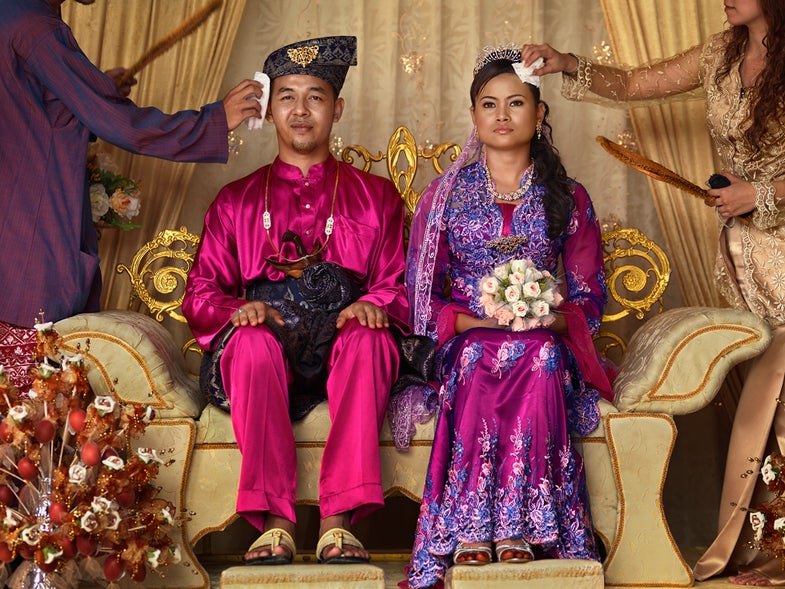 National Geographic photographer Justin Guariglia became the first foreign shooter to document the mysterious Chinese Buddhist monks of the Shaolin Temple, resulting in the lauded Shaolin: Temple of Zen (Aperture, 2007). His recent book, Johor: Asia Latitude One (de.Mo, 2011), was the result of a two-month commission by His Royal Highness the Sultan of Johor and Her Royal Highness Raja Zarith Sofiah to capture the vibrant Malaysian state. The consequential travelogue and documentary is a brilliant collaboration, equally matched between Guariglia and writer, John Krich. It is an intelligent, yet seductive account of a Southeast Asian culture not yet entwined in the throes of contemporary industrialization. And the book itself is as remarkable as a three-dimensional object as it is for the work within—a Japanese-style binding and French-folded pages make it coffee table art.

We recently caught up with New Jersey-native, Guariglia, who insists “persistence” is the key ingredient for gaining access to these coveted assignments.

Lindsay: Were His and Her Royal Highness fierce editors?

Justin: We spoke with HRH before the project began and only agreed to take on the project if they were entirely hands-off and allowed us to create our own project. We felt if they edited the book it would compromise our credibility, as well as the book’s credibility.

What hopes did they have for the representation of their people?

I’m not quite sure—I think they were not sure what we were planning to do. Luckily, HRH Raja Zarith Sophia trusted us and let us do our own thing.

What thematic elements, in regard to the culture, were revealed to you during the editing process?

The diversity of cultures and religions in Johor makes the state a true melting pot of Asia. It’s really significant. Few people realize just how many races, cultures and creeds all come together in Johor, a state that has been an important trading port for many centuries.

Did you work in concert with the book’s writer, John Krich, to determine a photographic flow that played off of his rhythmic writing? Or did you compose your work autonomously?

We worked fairly independently. The designer, Giorgio Baravalle, and I tried to pull the images together to fit John’s text. The text is really amazing travel writing—John deserves a lot of credit for the book being so special. The design is also amazing. The photography tries to keep up with these two very talented people.

Which image do you feel is most emblematic of the nation?

Well, one of my favorite images is of the couple getting married—everything from the fertility eggs in the corner, to the toweling down and fanning of the couple, to the gold trim on the sofa, and finally the sheen of the clothing [tells the story]. The background is that we’re outside on the family’s driveway, it’s noon, and already over 30 degrees Celsius (over 90 degrees Fahrenheit!). To top it off, the couple is dressed in non-breathable polyester.

This book has a very distinct layout and keen attention to craftsmanship. How much influence did you have on the design of the book and in which ways do the design choices reflect the photographs and writing therein?

We felt this was a unique opportunity to do something a bit special. HRH Raja Zarith was supportive of this and so we went ahead with a hand-bound concept. Each book took around seven minutes to bind by hand. We worked with a top printer in Singapore who happened to have a second plant where they do many complicated hand-made books, in Johor of all places! So the entire book is photographed, printed and hand-bound in Johor.