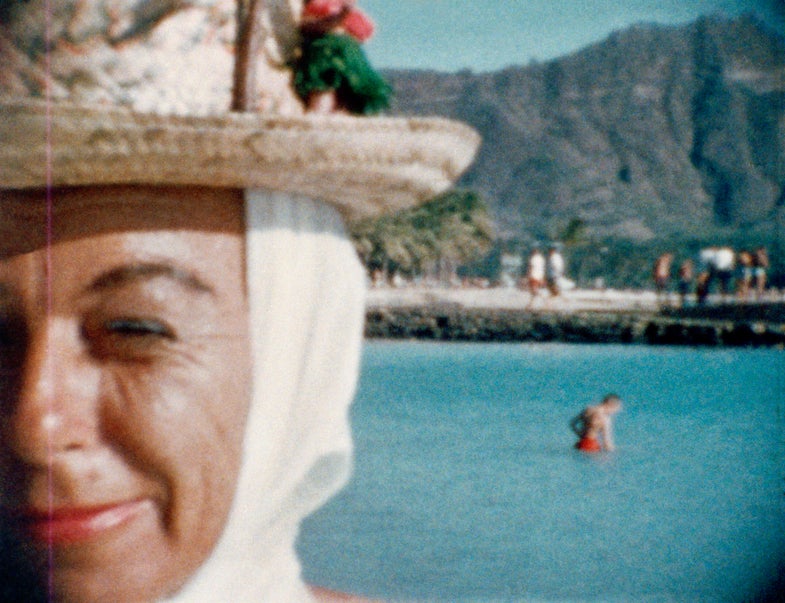 Untitled Home Movie Stills, 1984–91, from the series Pictures From Home, 1992. © Collection of the Estate of Larry Sultan
SHARE

For all the good technology has done in allowing us to photograph and record pretty much everything, it has also chipped away at something else: our ability to look back on our lives with rosey hued nostalgia. When our memories can be so easily archived and accessed, what do we lose?

This idea was one of the many that fascinated curator Claire C. Carter when she was organizing the exhibit, I Remember Not Remembering, which runs from February 11 to April 30 at the Scottsdale, Ariz. Museum of Contemporary Art.

“So much of this work is autobiographical; the artists often interrogate the works themselves, asking ‘is this something I remember or do I remember looking at the photograph and have built my story around this picture?,’ Carter explains. “This brings up the larger question of what are our intentions when we record our lives?”

The exhibition of 12 installations features both photos and videos by a group of artists from varying backgrounds. Los Angeles-based filmmaker Kahlil Joseph juxtaposes snapshots and family videos of the city’s Compton neighborhood with images of what that community looks like a couple decades after its 1992 race riots. Canadians Janet Cardiff and George Bures Miller’s Road Trip is a computer-controlled slide projector that chronicles his grandfather’s journey from Alberta, Canada to New York City to receive cancer treatment. Moroccan-French artist Yto Barrada’s I Shot Him Nine Times is actually a collection of photographs she took of the man believed to be responsible for her grandfather’s death.

Carter says it was important to curate from artists from around the globe because “all of the works are both so personal and universal at the same time. They reveal a lot about the social cues and the political context of the time in which they were made.”

In fact, the exhibit’s name actually comes from husband and wife team Adriana Trujillo and José Inerzia’s presentation of how their own family histories mixed with the political and social transitions in 1970s Mexico.

The soundtrack is Trujillo “telling this story of her mother and her childhood that is woven both from her memories and from this video,” Carter explains. “It’s a very meta narration over this beautiful film work. It goes into larger questions about existence and who we are and how we tell the stories of ourselves looking backward.”

Carter muses that “it will be really interesting to see young kids come in [to the exhibit] who don’t know what [photographic] negatives are.” She says she suspects that, qualitatively speaking, we still value home movies and pictures; there is just so much of them to sort through now—and they are almost inescapable.

Younger generations may have a more challenging time when it comes to going back through old images and being reflective—a searchable database provokes thoughtfulness in a very different way than physical slides and reels of film does. “You can imagine these artists sitting on the floor and physically moving these things around and then stopping and watching them and then going back and making their creation,” Carter says. “That is a really different thing than going through your computer and looking for digital files.”