You were originally an architect. How did you get into photography? Vitkon: I studied architecture at the Pratt Institute in... 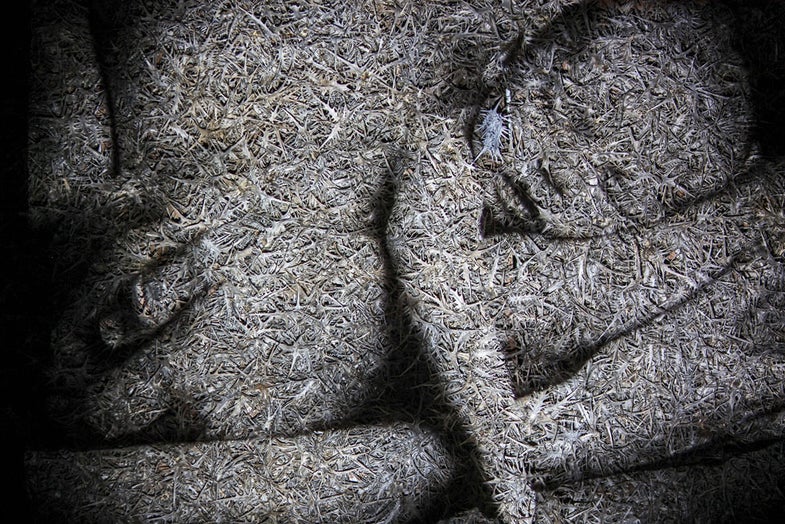 You were originally an architect. How did you get into photography?
Vitkon: I studied architecture at the Pratt Institute in New York from 1996-99. In my last year, architecture and photography started to become enmeshed. I did a project called_ Liquid Architecture_. It was focused on the urban landscape in New York City. What fascinated me was the contradiction between the rigid horizontal and vertical grid in New York on the one hand, and the rounded reflections of buildings in windows on the other.

So I decided to make this contradiction intentional: I built a set of mirrors to stage reflections instead of using windows. This was very different from my strict architecture, which was all about simple and straight lines. My images became a counterbalance to my architectural designs. I continued this work on 9/11, and shot the Twin Towers reflected in my mirrors from my studio in Dumbo (a part of Brooklyn right across the East River from Manhattan).

The reflections on 9/11 must have been quite different from any that came before. How did shooting on that day affect you?
This day also triggered a shift in my work: until then, reality seemed real and I delved into the surreal. On September 11, reality became more surreal than anything you could imagine. My response was a series called Urban Landscape, breaking down images into something surreal. Urban Landscape has an apocalyptic feel – everything seems shaky.

When did you become a photographer full-time?
The last project I did as an architect was 5 years ago. Since then I have turned totally to. In architecture every project is exciting only for a very short time, at the concepting stage. After a month or two, you have very hard, often boring, work for years. With photography, it’s something new and exciting every day. I appreciate that there aren’t hard and fast rules the way there are in architecture. I find myself even embracing mistakes and incorporating my art. Photography for years was my getaway from my profession. From there, it was only a short mental step top wanting to make it my profession.

Your latest series, Thorns, catches the eye wherever it’s shown. How did you come up with the concept?
My series before Thorns, Wander-Fool. It was all about soap bubbles. They’re beautiful, but also fragile. I thought of them as a metaphor for life in Israel – in a sense, you don’t know what the next day will bring. But two years ago, I started feeling that a soap bubble was too naïve a metaphor. Then I discovered thorns for myself. The soap bubble and the thorn are two things that go together – the way that rock-paper-scissors does.

Two years ago I was asked to do a tribute to Sol Lewitt, who made sculptures out of white brick. So I created a brick out of thorns. Thorns are the most typical plant in Israel – you see them everywhere – so much that nobody even takes notice of them. At the same time, the structure of the thorns is amazingly complex. And opposed to Lewitt’s view that everything is simple, the reality in Israel is complexity. The thorns reflect that.

The thorn as a metaphor for Israel?
Precisely. In Israel, we think of ourselves as Western, but we’re also Middle Easterners. Holland is symbolized by the beautiful tulip – all soft, rounded lines. We Israelis are thorns: warm, but also hard and very direct and prickly; sometimes, we can even come off as rude. Americans can be very polite but you can’t always be sure if they say what they mean. We Israelis don’t have that mechanism: we say it as we see it. That’s not always pleasant. Traditionally, our national plant is the Sabra- a fruit that’s very sweet but covered with thorns. After 60 years of living under difficult conditions in this country, the sweetness is gone and we’re left with the thorns.

As I look at the reality of life in Israel, everything is better than it’s been, and also worse. There are so many contradictions in our daily life: the weather is wonderful, but everything is about to explode all the time. The people are wonderful, but they are also irritating because they tend to go over the line. That’s how the series came about: taking the softest, sweetest, most intimate moments of the day – and projecting it on a prickly, rough surface. That creates a new image that describes my existence in Israel, and my feelings about it.

How do you create your Thorns images?
I collected the first thorns on the family farm where I grew up and brought them to my studio. Today, I have thorns from all over Israel. I select images I want to work with, create a 7’x7’x3′ pile of thorns and project the image over the thorns, then, I shape the thorns in the shape of the image.

… which creates the most 3-dimensional images I have ever seen in 2-D.
After I finish the composition, I create the image of the thorns. In the studio, I have controlled conditions. This allows me to shoot very long exposures with a small aperture. I wanted to achieve an effect where you see the image from afar, but close up you see only the thorns – so ironically, the closer you go, the more the image disappears.

Check out more of Vitkon’s work on his Website.