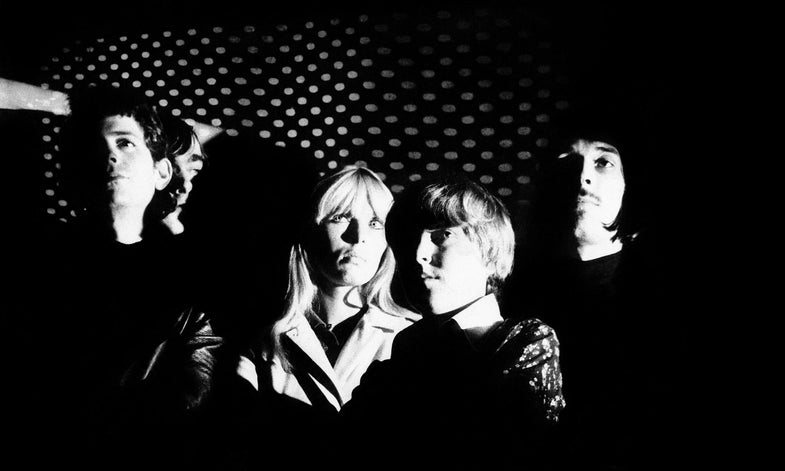 Billy Name, born William Linich, was a lighting designer living in Lower Manhattan in the early 60s who, in an amphetamine-fueled fugue, ‘redecorated’ his East 5th Street apartment into an art installation. He covering the entirety of his space in silver spray paint and aluminum foil. “I even painted the silverware silver,” he said. When Andy Warhol, who Billy had been seeing at the time, came over for a hair-cutting party, he asked him to do the same to a new loft he bought on East 47th Street, the site of the since-infamous Silver Factory.

Billy went over to give Warhol’s loft the same silver treatment as his own apartment, and ended up staying for several years, developing close relationships with many of the famous Factory denizens. He had never had a camera until one day, Warhol’s 35 mm fell into his lap and the rest became art history. Decades later, nearly every contemporary art museum in the world at any given time has at least some work by Warhol on view, and anything even remotely associated with the artist seems to garner instant attention.

This month, Reel Arts Press is releasing a 400-page book made in collaboration with Billy, now 74, of his high contrast black-and-white photos from the Factory in the mid-60s, The Silver Age. Lou Reed, Edie Sedgwick, Nico, Ondine, Freddie Herko, John Cale—the book’s subjects offer endless namedropping opportunities and many of them also contributed new quotes about the work and the era. We spoke to Billy about his working process, his relationship with photographer Stephen Shore, who was also making a body of work there at the time, and what he found inspirational about his own fears.

Tell us a bit about your working process at the Factory.

I built my own darkroom in one of the bathrooms at the Factory using the Kodak darkroom guide. Then I learned how to process my own film and make my own prints and did all the work that a photographer does. I built the Factory sound system and wired the lighting to make the right environment for Andy to work.

Before Andy handed you his Honeywell Pentax 35mm SLR, did you ever anticipate or aspire to being a photographer?

No, I never had any aspirations to be a photographer. It’s just something I picked up and learned on my own when Andy gave me his camera.

Did you ever anticipate how significant your images would become?

At the time I was just taking pictures that felt interesting to me without giving much thought to how people might view them after so many years.

What was it that attracted you to silver in particular when you ‘redecorated’ your downtown apartment with aluminum foil and spray paint?

I initially tried all kinds of spray paint starting with the primary colors. I knew I wanted something like chrome and when I tried the silver spray paint I knew that was it.

How did those surfaces affect your photographs and how you made them?

The foil was mainly the background and proved to be very active when photographed. I liked the reflective nature and movement of light that it brought to my photos.

John Cale recalls in his forward to the book, that you were ‘always there’ but you would disappear to your room for months at a time. What would you do then?

I was probably meditating.

What was your relationship like with Stephen Shore, who was also photographing at the Factory?

Our relationship was always very good. Stephen’s photos are very different from mine but I can see his point of view which was coming from a different place. He was much younger and developing his style. I admire his work ethic.

We collaborated in spirit.

Tell us a bit about how this book is sequenced and put together. Are the quotes annotations to the photos?

The book is sequenced by year starting in 1964. The quotes came from lots of different people who were there including myself and I think from the other people they were mostly given just for my book. They aren’t meant to explain the photos directly but they do help tell the story of the people and what was happening at the time. I guess the quotes kind of tell their own story that’s separate from the photos, which I find interesting.

In the book, you are quoted saying, “Anything that can frighten me, I like it.” What do you find appealing or inspirational about fear?

It’s a vibration and all vibrations can be an inspiration.