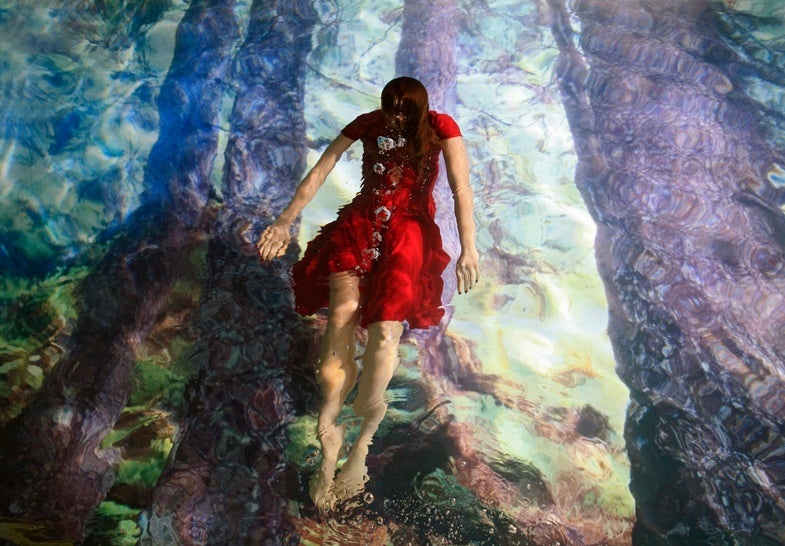 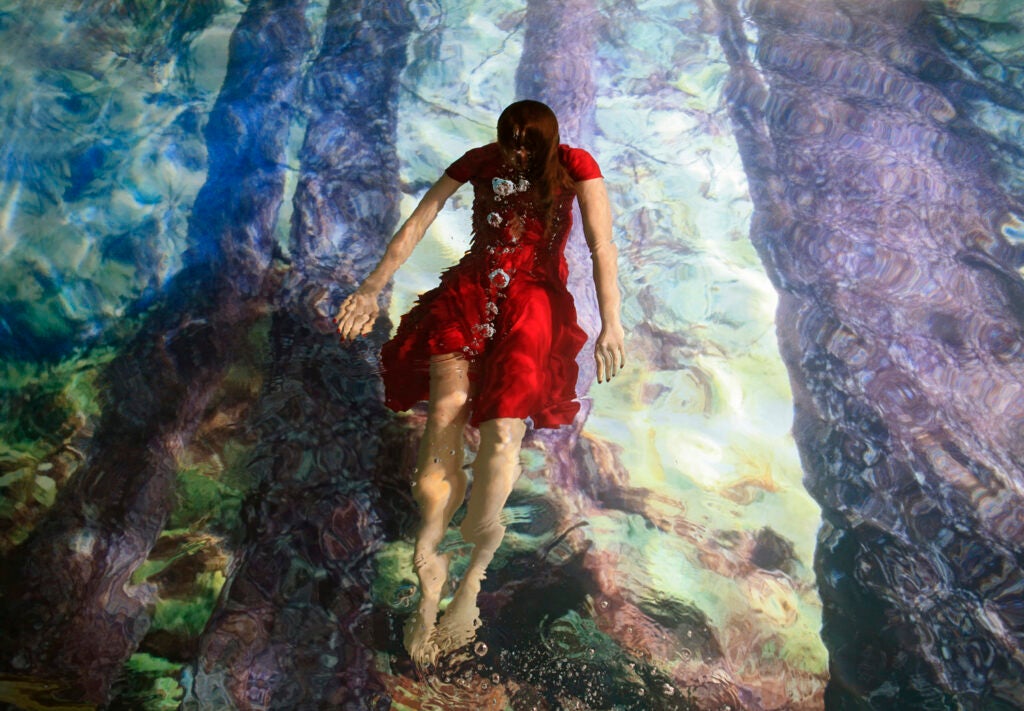 Walk into the Scandinavia House on Park Avenue in Manhattan, through a restaurant, and up an elevator, and the doors open onto a new world. In Another North: Landscape Reimagined, photographs and videos attempt to retrain our perception of the natural world and human relationship to it. The show reflects the vision of six Nordic image makers—Eija-Liisa Ahtila, Ole Brodersen, Sigurður Guðjónsson, Simen Johan, Susanna Majuri, and Pentti Sammallahti—and curator Ariana Tiziani, the manager of exhibitions and public programs at the American-Scandinavian Foundation.

The artists of Another North paint an imaginative space for the viewer. Vast open expanses of land, animated by string, cloth, and kite by Broderson, render visible the wind and other forces at play in the environment. Sammallahti, having crouched along the water for a week to photograph the night moves of the natural world, gives the animals and moonlight spiritual resonance. Johan, “more interested in what the world feels like instead of what it looks like,” digitally composites animals photographed at farms and zoos with natural environments around the world. Majuri paints prosaic scenes on the bottom of a pool and photographs models dreamily floating within. And Ahtila and Guðjónsson present videos—of a spruce tree and Iceland’s largest glacial outwash plain, respectively—as meditations.

We caught up with curator Tiziani to hear about her inspiration for the exhibition. 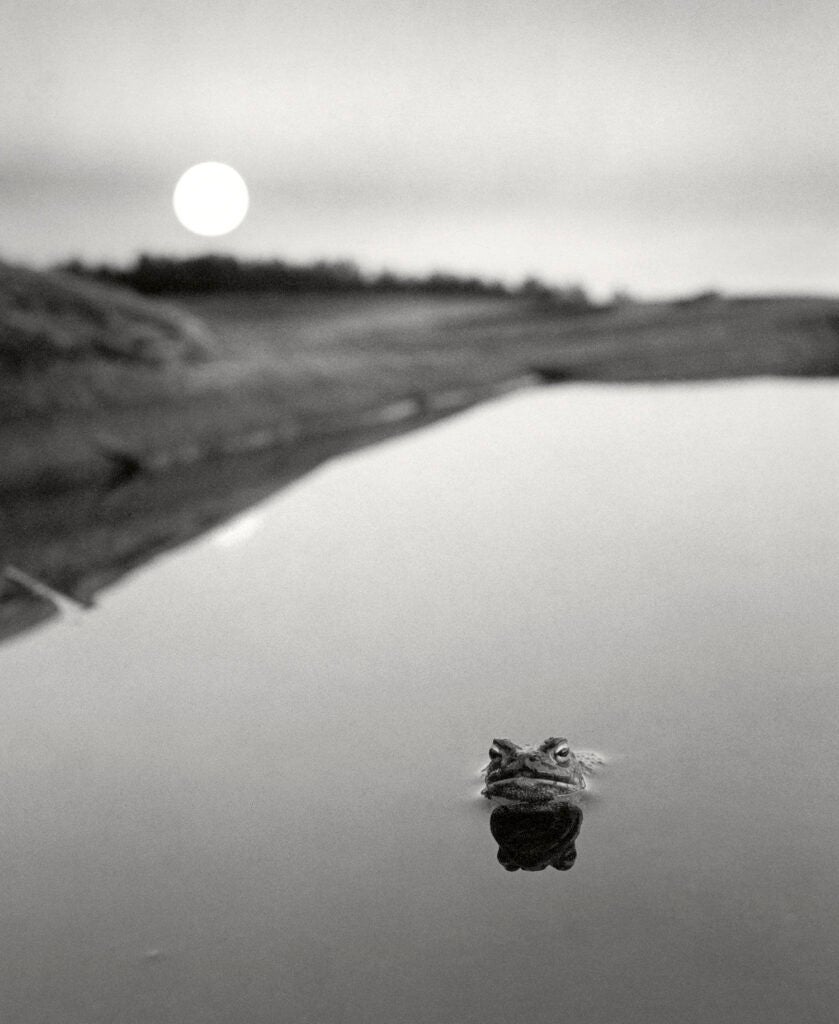 Most of the artists in this exhibition seem to imagine the north through a lens that makes magic possible and things not quite what they seem. The worlds are often dreamlike, meditative, or invoke magical realism. What was this other north you envisioned?

A number of my favorite Nordic photographers tend to hint at uncanny, parallel worlds in their work. In Another North, I wanted to focus exclusively on the natural world—a space that can be, particularly to us humans, both familiar and otherworldly. I think it can be comforting to imagine a little more magic in the world—to imagine a spruce tree as having its own unique perceptual universe or to envision the patterns of the invisible natural phenomena at play around us—and I think these works all help us to do this in one way or another. 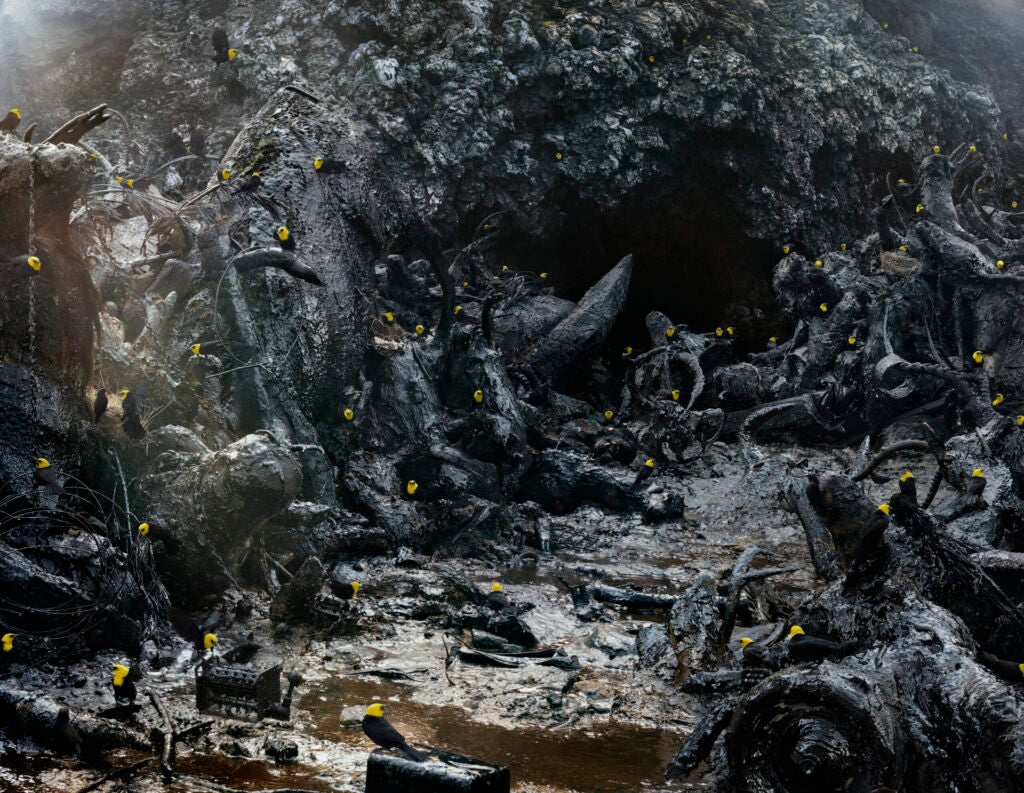 Does this alternate world draw any parallels to how Nordic countries are viewed by Americans?

I certainly think that the worlds of Another North could parallel—to some degree—how Americans view Scandinavia. My feeling is that Americans tend to imagine the Nordic countries as a bit more magical than their own. While we’ve moved beyond picturing Scandinavia as some kind of ultima Thule—some mythical place beyond the borders of the known world—the region’s unique light and landscape can still seem a bit dreamlike to outsiders. 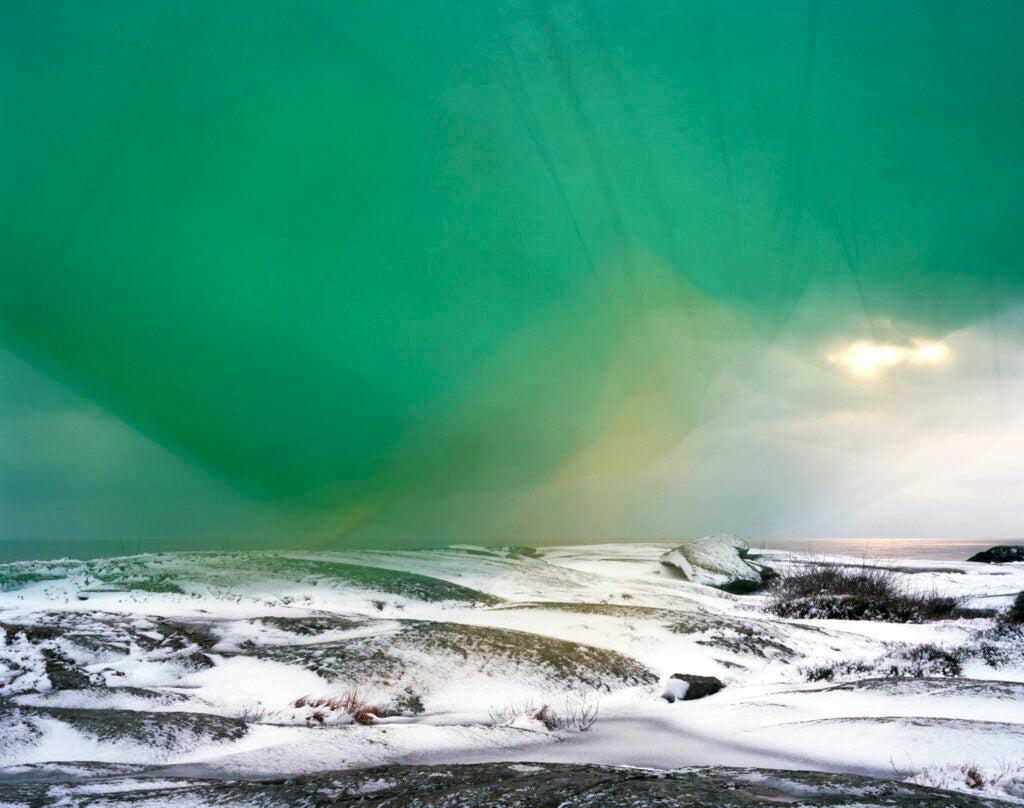 What relationships do you hope viewers will draw from the disparate works?

I think they all hint at a multivalent natural world. They all complicate human perception of the natural world, either by pointing to other spatial and temporal worlds or tweaking our own. 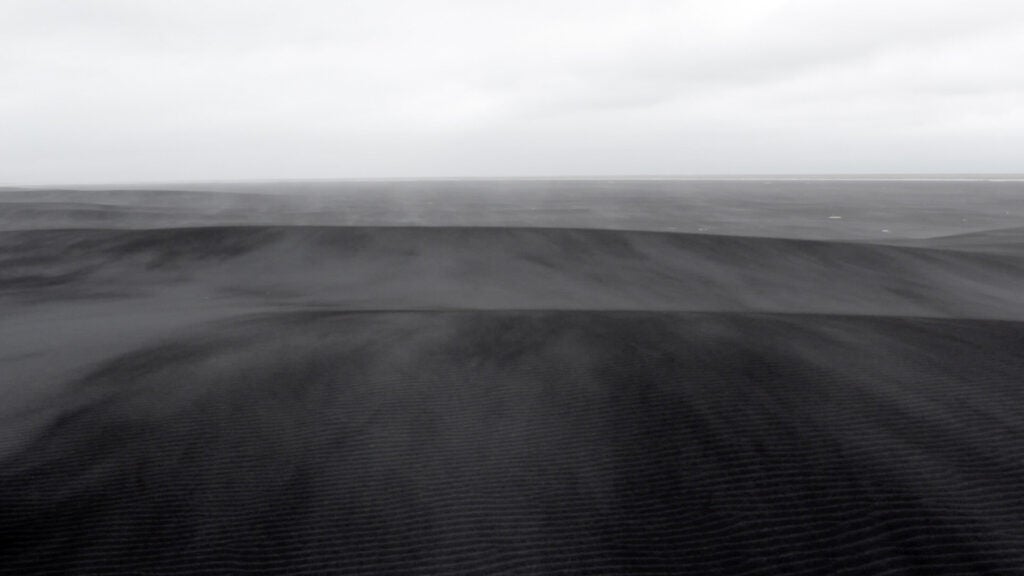 Why did you choose to group these specific artists together?

I think their works speak to and complement each other particularly well. We have Pentti Sammallahti and Simen Johan using animals to complicate our understanding of the natural world; Susanna Majuri and Ole Brodersen using natural elements—water, wind—as tools to paint new realities; and Sigur∂ur Gu∂jónsson and Eija-Liisa Ahtila’s immersive, moving-image meditations on human perception. 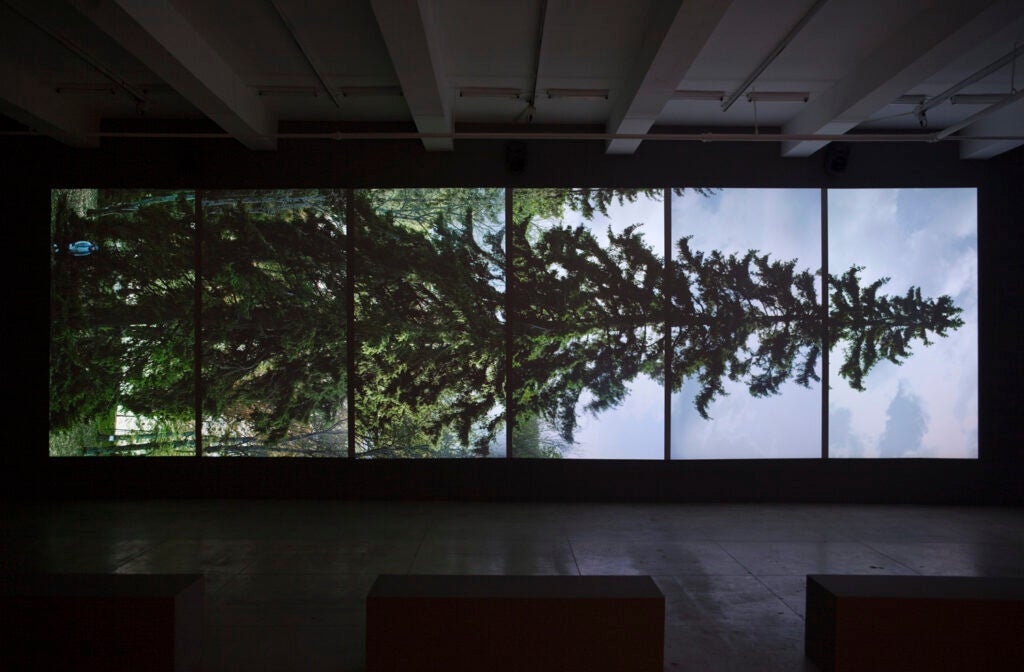 What are you seeing that’s unique about contemporary image-based work being made in this region?

There are a huge number of Nordic artists creating amazing works right now; I think it’s really a testament to Scandinavia’s strong state support for the arts.

Another North: Landscape Reimagined is on view through August 6 at Scandinavia House, 58 Park Avenue, in New York City.